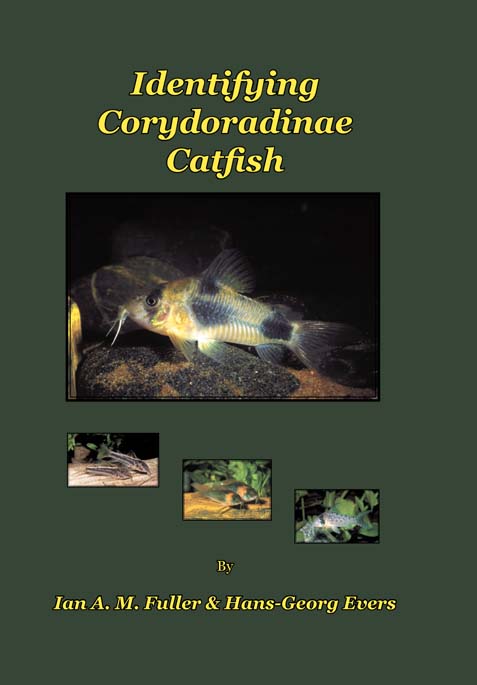 The intention within the pages of this book is to try and alleviate many of the identification problems which abound within the family Corydoradinae. This book is divided into six sections. The first four deal with specific groups of described species; Aspidoras (19 species), Brochis (3 species), Corydoras (150 species) and Scleromystax (5 species). The fifth section deals with the large group of undescribed species that have been categorised into a group known as C-numbers (145 C-numbers). This section has no scientific credence but was originally devised as a method of recognition for aquarists. The sixth and final section is for those species that fall into no-man’s land; they are mainly one-off contaminants, or small groups of specimens that have arrived into the hobby with their place of origin unknown, making it almost impossible to check their true identity with any accuracy. Each species is illustrated and has a size reference indicating firstly the size of the largest specimen from the original collection, and, secondly, the sizes that both males and females would be expected to reach under aquarium  conditions. These sizes are based on judging standards and many years‘ experience of keeping these wonderful little fishes.