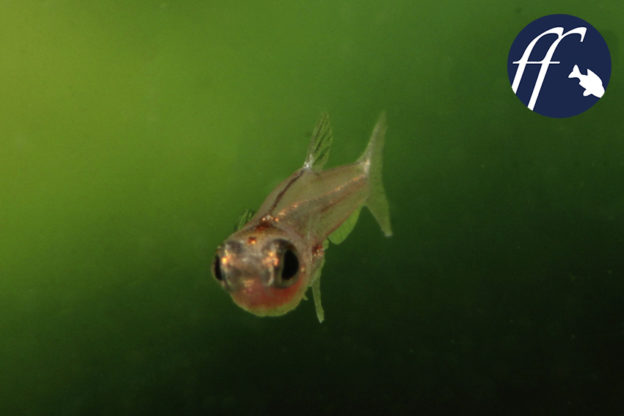 The smallest fishes in the world are the dwarf cyprinids of the genus Paedocypris. There are three scientifically described species of these dwarfs: two from Borneo and one from Sumatra and an offshore island. They are Paedocypris carbunculus (Kalimantan Tengah, Borneo), P. micromegethes (Sarawak, Borneo), and P. progenetica (Sumatra and Bintan). Following their discovery during the 1990s it was thought that they might even be the smallest vertebrates of all, but that honor currently belongs to the frog Paedophryne amauensis.

Fishes continue growing throughout their lives, and for this reason it is basically complicated to give reliable size data for fishes. Moreover it is usually total length (i.e. including the tail) that is given in the aquarium literature. In extreme cases that can be very misleading, as many fish species have prolonged caudal-fin rays – just consider the swordtails, for example. Hence all the measurements given here are standard length (not including the tail). The smallest sexually mature female of Paedocypris progenetica measured by scientists was 7.9 mm long, the smallest sexually mature male 8.2 mm. The maximum length of the frog is 7-8 mm. Males of the species Paedocypris progenetica attain a maximum of 9.8 mm long, females 10.3 mm. 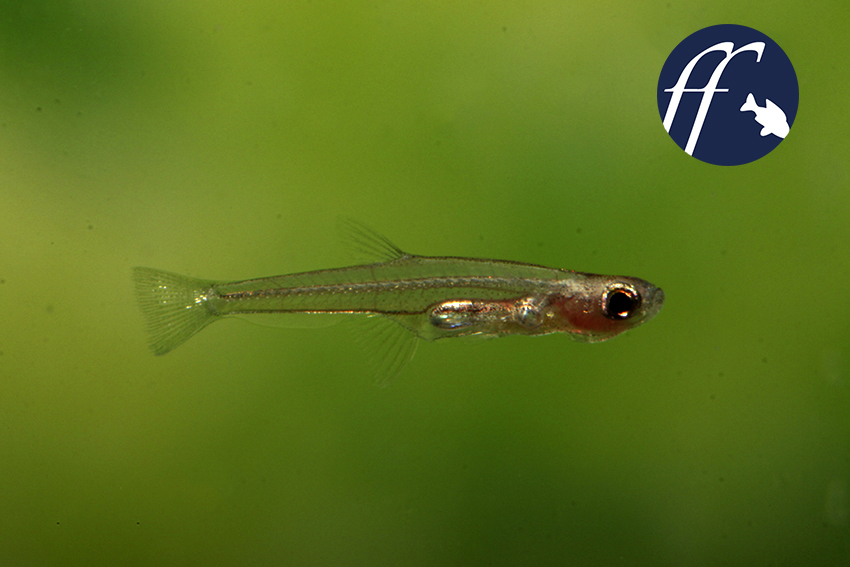 Paedocypris progenetica is indisputably the smallest fish of all. This species and the slightly larger P. micromegethes are often colorless and transparent, but P. progenetica often looks reddish as well. The accompanying photos show that red pigment cells are present on the body. P. micromegethes is also sometimes reddish, as shown by the photos of Michael Lo (see http://pitcherplants.proboards.com/thread/5968), taken at Sibu (Sarawak). P. carbunculus is also often bright red in color.

One Paedocypris species, namely P. carbunculus, is sometimes maintained and even bred in the aquarium!

Oliver Perrin and Peter Beyer have documented the spawning behavior of Paedocypris carbunculus in a very nice article in DATZ, which we cannot reprise in detail here. But to summarize it briefly, males of Paedocypris occupy miniature territories beneath leaves. Like female Harlequin Rasboras, only in this case it is the males, they position themselves belly-up beneath the leaf and wait for the female in this position. The eggs are attached to the underside of the leaf. The male has a special structure on the belly, a so-called “keratinized pad”, and unusually shaped ventral fins. It is thought that both peculiarities have something to do with reproductive behavior, but nobody know precisely what. In addition male P. carbunculus are able to emit light signals, which undoubtedly play an important role in visual partner recognition in the natural habitat, deep-brown “black water”. 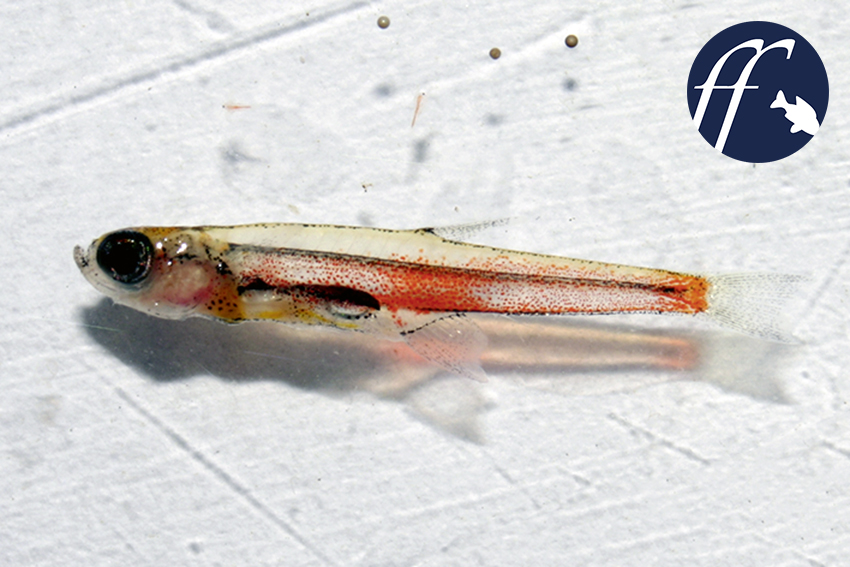 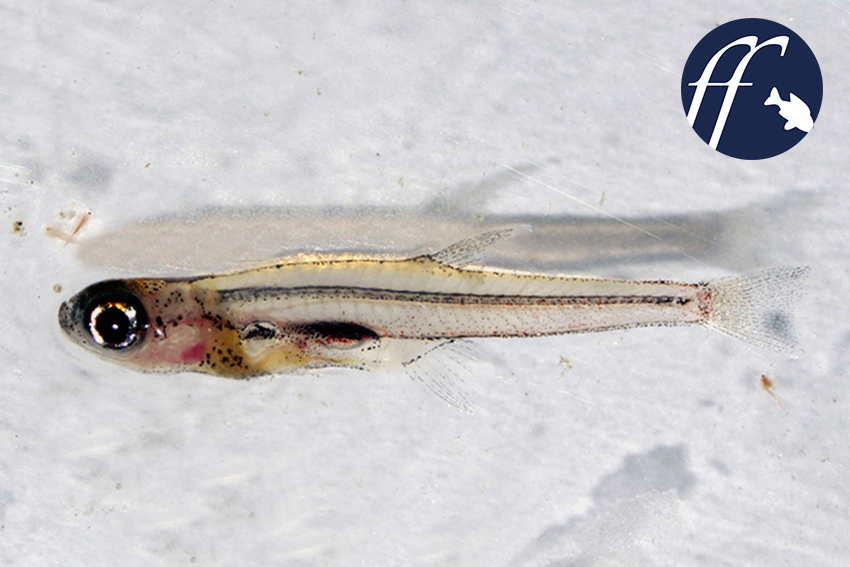 In places where Paedocypris occur they are commonplace and numerous. The fact that they were first discovered only recently is a function of their small size; previously they were thought to be simply the unidentifiable young of other species. The scientific genus name reflects this: Paedocypris means “juvenile cypriniforms”.

I was recently able to obtain a number of specimens of Paedocypris. What species? That is hard to say as I don’t know where they were collected. The most reliable differentiation character for the species is the arrangement of the pigment cells (chromatophores) along the line of the dorsum. In P. progenetica they form a pronounced solid line, in P. micromegethes a thinly sprinkled line, and in P. carbunculus a line composed of three parallel rows. The expression of the dorsal line in my fishes is most similar to that of P. progenetica. 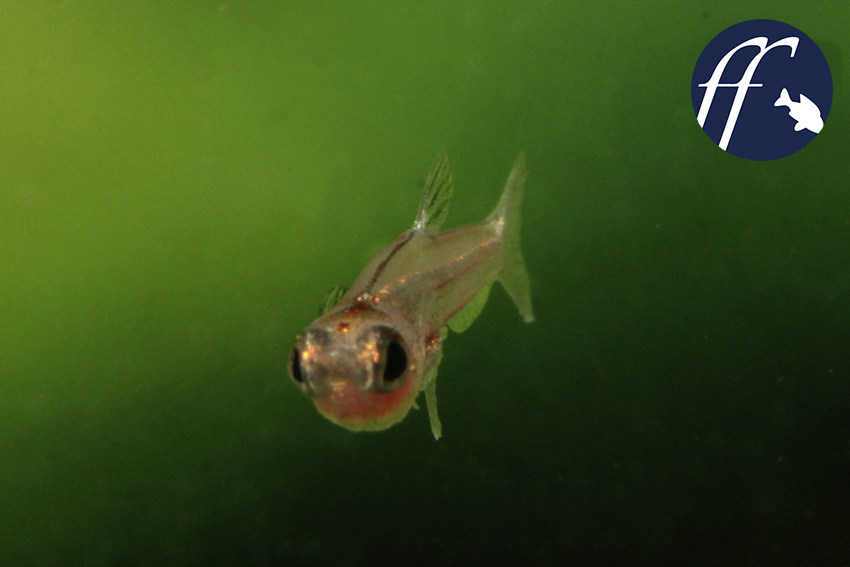 The expression of the dorsal line in my fishes best matches P. progenetica.

These fishes aren’t particularly delicate per se, but such dainty little creatures should never come into contact with the air! That should be the top priority and is more important than water chemistry. Hence you should make sure that the little creatures are never caught in a net and lifted out of the water during transportation; instead they should be transferred in a container such as a jar or cup. They can be fed on Artemia nauplii, the finest dry food, rotifers, and so forth. In the wild they consume food particles in the size range 60-500 µm. The water should be extremely soft and fairly acid for breeding, with a pH around 4.5. 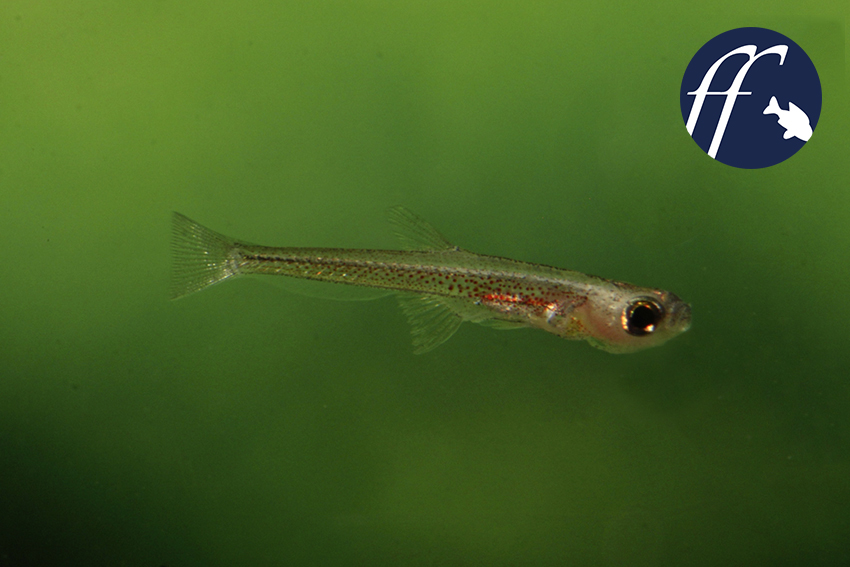 Female of my Paedocypris.

Peter Beyer has informed me that to date it has proved impossible to breed these fishes past the third generation, a phenomenon that is familiar from bitter experience with various live-bearing toothcarps. On the basis of the biotope description – the waters in which P. carbunculus lives are constantly exposed to the sun – the problem may be due to a shortage of UV light. In any case illuminating Paedocypris tanks with lamps with a UV component (as sold everywhere for reptile maintenance) is worth a try.

One thought on “The smallest fishes in the world”