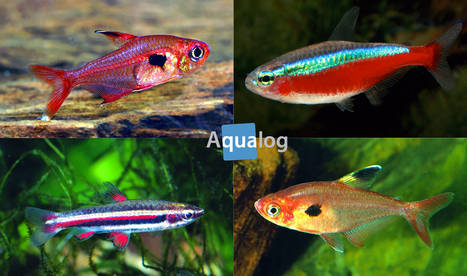 Characins is the term used for a whole set of fish families from Africa and South America that have certain anatomical features in common, but can be very different in appearance. The characins include, for example, not only the tiny Neon Tetra and its close relatives (Paracheirodon), but also the piranhas (Pygocentrus) and the African tigerfishes (Hydrocynus), which can grow to more than a metre long.
Because of the vast variety of species only the small colourful characins – those that don’t normally exceed an eventual size of 10 cm – will be discussed here. The piranhas will be covered in a Profile of their own, and the other large species are so rare and so expensive in the trade that they are maintained only by experienced specialists, zoological gardens, and the like, who have access to relevant specialist literature.

From a zoological viewpoint the following test deals with members of the Characidae, Crenuchidae, Gasteropelecidae, and Lebiasinidae from South America, as well as the Alestidae and Distichodontidae from Africa.

Characins are popularly termed “shoaling fishes”, which is, strictly speaking, only very marginally correct. They are in fact social fishes that sometimes join together to form larger groups, but often also occupy very small territories that are even defended against conspecifics on a short-term basis. In practice this means that characins should be kept in groups of six or more individuals, the upper limit being determined only by the size of the aquarium.

A large number of the species of interest to the aquarium hobby have adapted to waters that are inhospitable to other, larger fishes, specifically small bodies of water with soft acid water. The chemical composition of the water is, however, of no physiological significance to characins; a Cardinal Tetra can live just as long in medium-hard, slightly alkaline water as a conspecific kept under near-natural water conditions. Very good water quality, in particular as demonstrated by the density of the bacterial population in the water, is of far more importance. The majority of characins maintained in the aquarium require well-maintained water with a low germ count. This can be achieved via efficient biological filtration, the addition of humic substances using peat, Alder cones, or dead leaves (there are also suitable liquid preparations available), the best plant growth possible (many aquatic plants produce antibiotic substances that have a limiting effect on bacterial growth), and regular partial water changes, which should be as extensive as possible (see below).

The characins normally maintained in the aquarium can be characterised as omnivores with a preference for carnivore foods. They can be fed entirely without problem on all the usual types of food for ornamental fishes available in the trade (i.e. dry, frozen, and live foods). Only a few larger species feed predominantly on vegetable food. If the fishes are observed to consume aquatic plants then additional vegetable food (special flake foods, scalded lettuce or dandelion leaves, etc) should be provided.

Characins are sensitive to a high germ count in the water and to high levels of nitrogenous compounds. For this reason regular large partial water changes are the most important element of maintenance. Ideally 1/3 – 2/3 of the water should be changed every week, refilling with conditioned, fresh water of the same chemistry; at the same time the difference in temperature between the new water and the aquarium water should be as small as possible and never more than 2-3 °C. In aquaria with a low fish density, minimal germ population, and good biological filtration, water changes can be reduced to 1/5 of the total volume every 14 days. Longer intervals should not be employed in the long term.

Characins are active fishes that need a certain amount of swimming space for their well-being. Tank length should be around 10-15 times the length of the species in question, with a width to match (i.e. 5-7.5 times fish length), to permit the fishes enough room to exhibit their species-typical swimming behaviour.

Many species (e.g. Neons and Cardinals (Paracheirodon)) live near the bottom, while others (e.g. the majority of Hemigrammus and Hyphessobrycon species) favour the middle layers of the water, and yet others (e.g. hatchetfishes (Carnegiella, Gasteropelecus, and Thoracocharax) and tetras of the family Lebiasinidae (Pyrrhulina, Copeina, Copella)) live near the water’s surface. There are also bottom-dwelling characins with a reduced swim bladder (Characidium and others in South America plus Nannocharax and related genera in Africa).

An aquarium for characins should provide plenty of cover and at the same time offer open swimming space. Floating plants will provide an increased sense of security and hence well-being. A dark substrate will encourage intensified coloration.

Characins are usually peaceful among themselves and towards other species. The occasional individual may exhibit aberrant behaviour, and replacements for losses from any groups present should be obtained as quickly as possible.

In the wild the majority of the small characins rarely enjoy a second year of life, but in captivity they can be astonishingly long-lived. Small species usually start to show the first signs of age at about three years old, medium-sized at 5-8 years, and large species can even live for decades.

Small characins with an eventual size of less than 5 cm are sexually mature at 12-15 weeks old, and at this point will be half to three quarters (depending on environmental conditions) of their eventual size. Larger species (up to 10 cm) grow somewhat more slowly and are often not full-grown until the age of 12 months. Species that grow larger than 10 cm usually don’t reach breeding size until their second or third year of life. Because of the large variety of species, please check the label on the sales aquarium for the potential maximum size of any species that interests you. 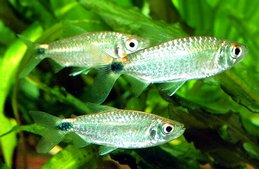 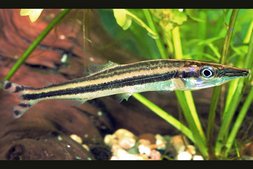 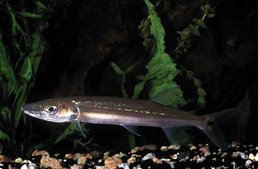 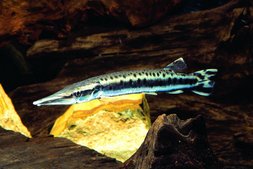 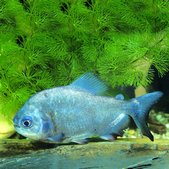 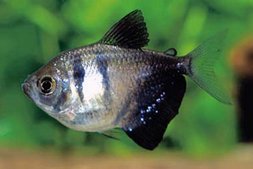 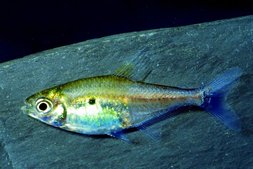 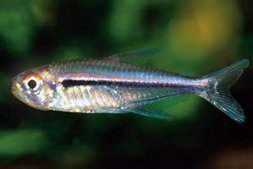 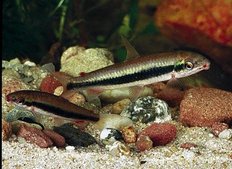 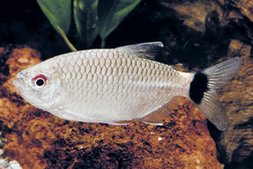 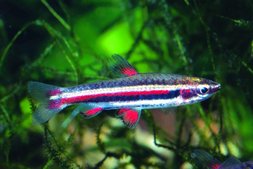 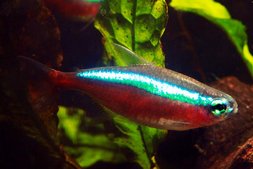 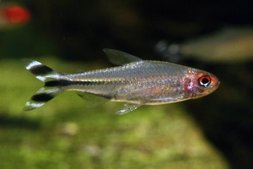 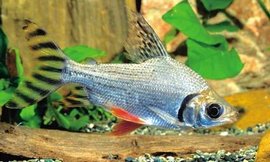 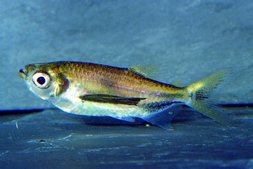