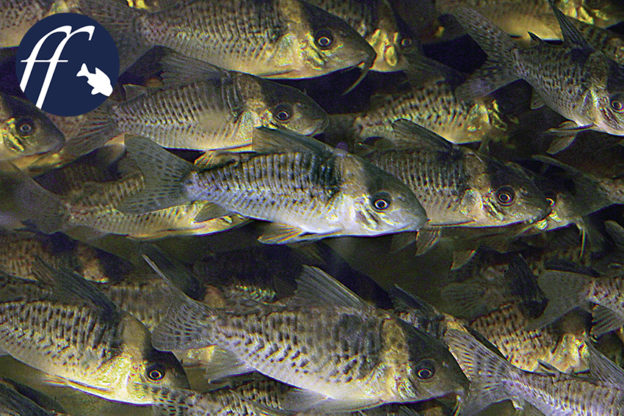 The armoured catfish of the genera Corydoras, Scleromystax, Brochis and Aspidoras are often referred to in the aquaristic literature as “swarm fish”, combined with the recommendation to always maintain at least 4-6 specimens together. In the aquarium, however, armoured catfish swim in a swarm only once in a while, are they really schooling fish? 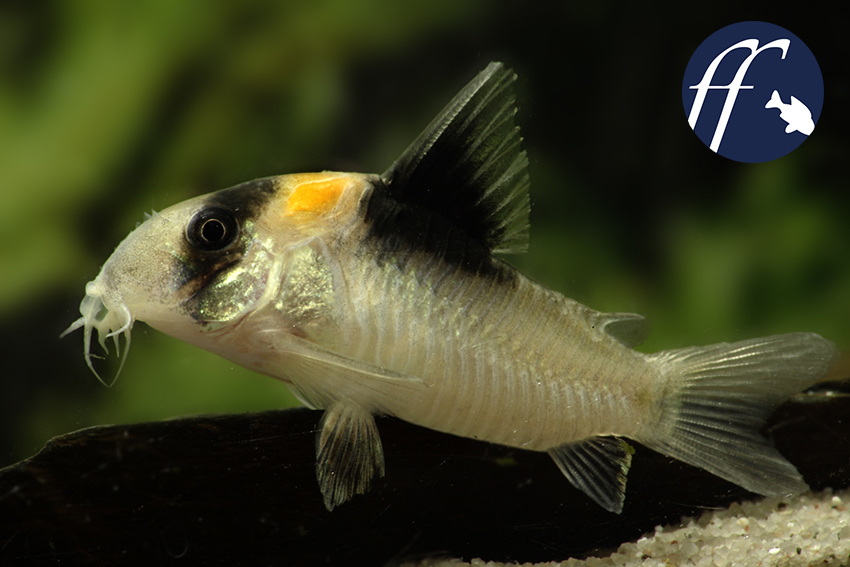 Corydoras burgessi. The light spot in the neck serves to hold swarms together in black water.

Well, at first, 4-6 specimen are never a swarm. Because a swarm is considered to be a great (!), usually anonymous (individual members of the swarm don’t know each other) denominated associations of animals. 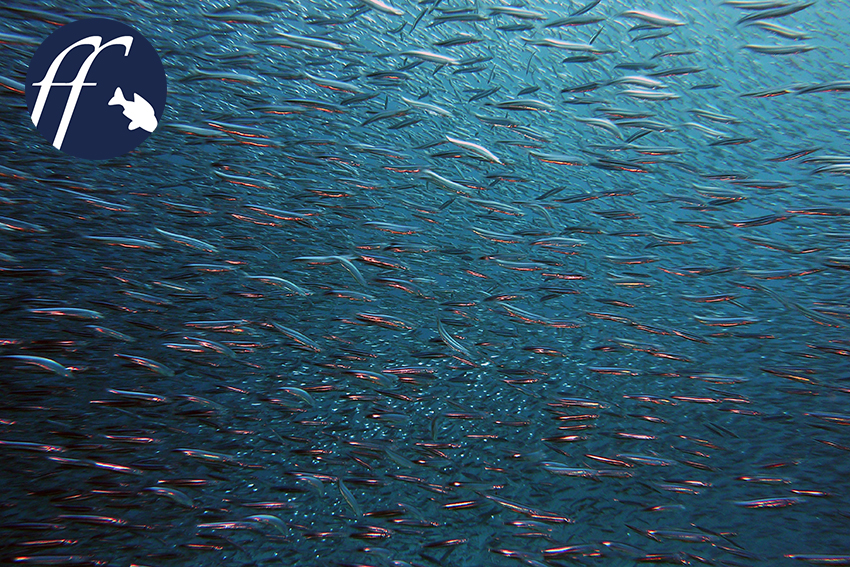 THAT’S a school of fish 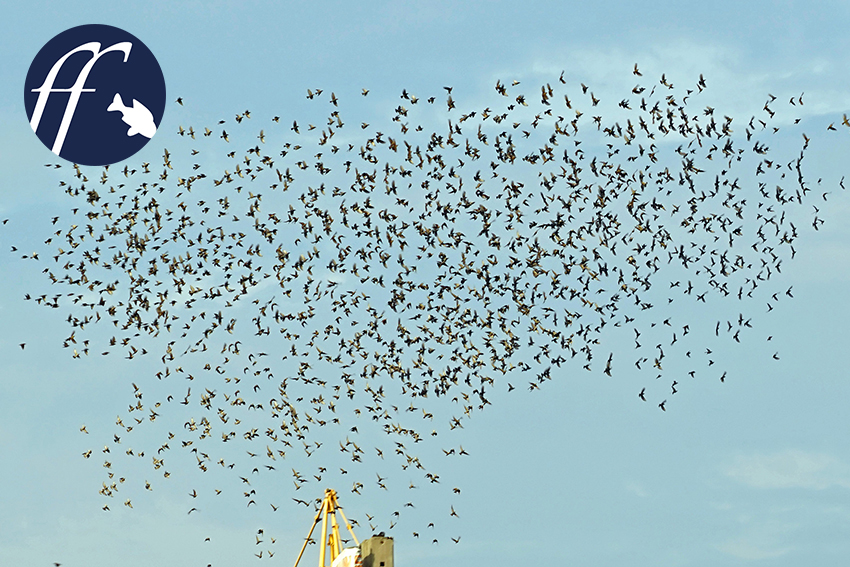 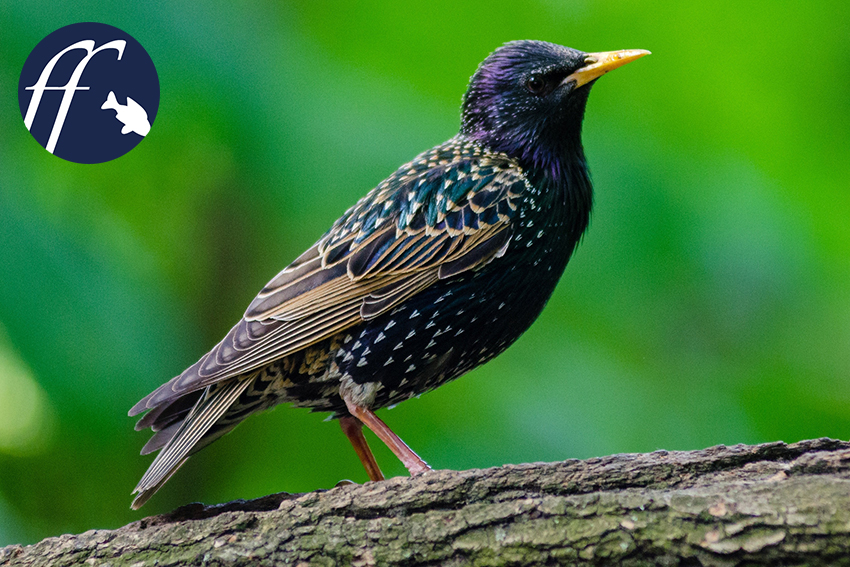 Characteristic for these swarms is that the swarm reacts like a single, large organization. The flying manoeuvres of a flock of starlings or the swimming manoeuvres of a school of sardines are impressive! The investigation of the mechanisms that make such a swarm work is a fascinating field of research.

Shoals in the aquarium?

There is almost no fish that swims in the aquarium and behaves as described above. The only exception is the redhead tetra (Hemigrammus bleheri). If one cultivates this species in sufficiently large numbers (from 50 specimens upwards) in a sufficiently large aquarium (from 150 cm length), one can actually observe – at least occasionally – a real swarming behaviour. 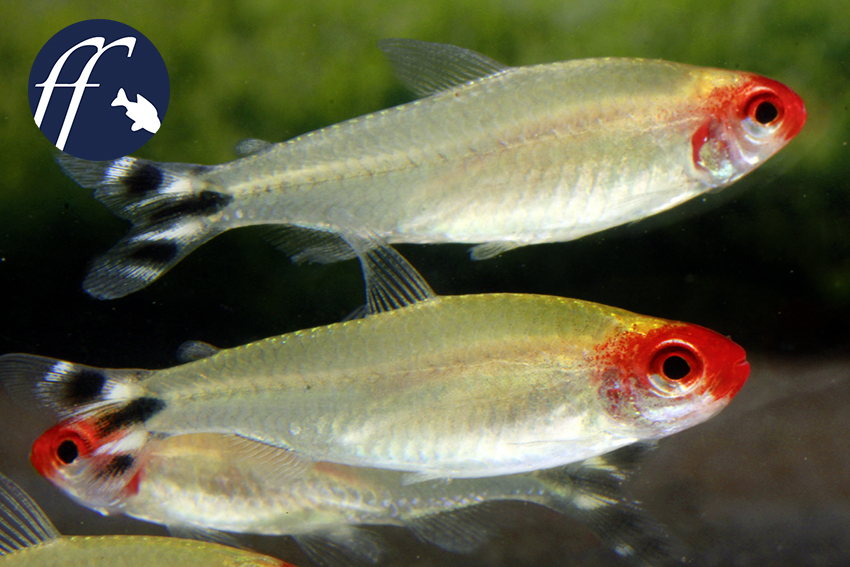 All other “schooling fish”, i. e. the many characins, barbs, danios and also the armoured catfish, usually do not do this. On the contrary: even if you have 6 armoured catfish in your aquarium, you will rarely find them close together. The animals always keep a certain distance to each other. Especially the so-called saddle snouts among the armoured catfish are almost solitary. What do you call this behavior? Instead of being called “schooling fish”, these animals should be called “group fish” or “social fish”. This means that individuals of the species concerned are in constant, usually peaceful internal communication with each other. In the aquarium, the animals often even know each other personally (this is hardly ever the case in nature). The fact is that such fish species are often conspicuous by their behaviour when they are cared for individually, which is why they are also thoroughly recommended to be kept in the squad. In contrast to this, there are also many fish species that are only tolerant of conspecifics, but do not need them for general well-being, and then there are also strict loners who do not tolerate any conspecifics – except perhaps another sex partner, but also those usually only during reproduction.

It is true that several Corydoras species are found in nature in real shoals, i. e. associations of several hundred to a thousand individuals. These species are correspondingly frequent and inexpensive to trade, as they are easy to catch and can be caught in large numbers. 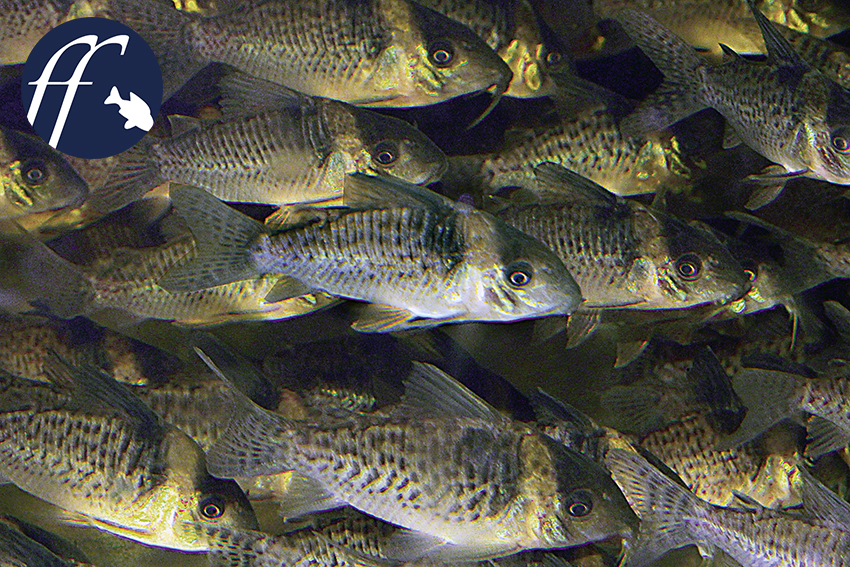 A school of Corydoras delphax from the Orinoco.

Unfortunately, the real swarming behaviour can be observed in the aquarium for only a few days. During this time they actually swim like one big organ­sion, as if the members of the swarm had spoken out. In reality, however, only every member of the swarm immediately mimics what the neighbouring fish does. Once the animals have settled in and realised that there is no serious danger at all in the aquarium, they give up swarming very quickly. Because the biological benefit – relative protection against predators – is not present in the aquarium: there are no predators. Now the disadvantage of the swarm behaviour prevails, namely having to share the fodder with the swarm neighbour. That’s why the armored catfish separate very soon and each of them pursues its own daily business. 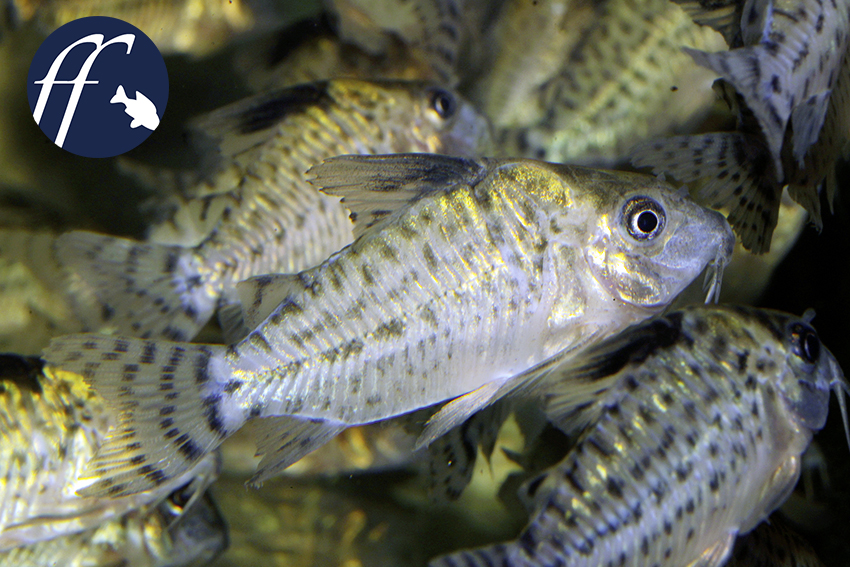 The presence of conspecifics has nevertheless a positive influence, because it shows the armoured catfish that a swarm could be formed at any time if necessary. This gives the fish a feeling of safety and thus increases their well-being. Since the armoured catfish do not have to know each other individually and most likely cannot count themselves, 4-6 specimens are sufficient in the aquarium. 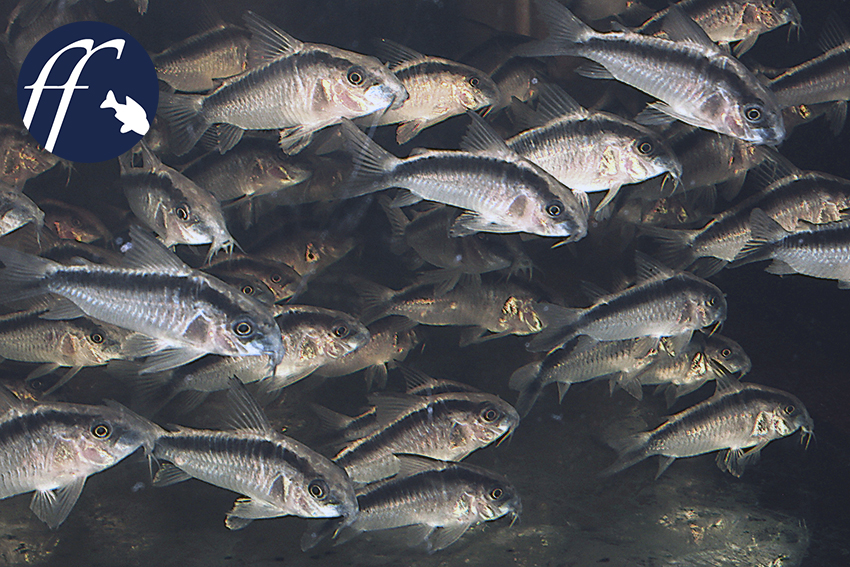 Corydoras arcuatus only swims in school when the animals are freshly imported.

The individual fish encounters them in the aquarium often enough to get the feeling that there are plenty of fellow fish. So even though observing a real swarming behaviour in armoured catfish in the aquarium is only granted to a few people (mostly employees in the wholesale trade who look after the fish after import) for a relatively short period of time: they really do exist, the schools of catfish!

One thought on “Schools of armoured catfishes – do they really exist?”