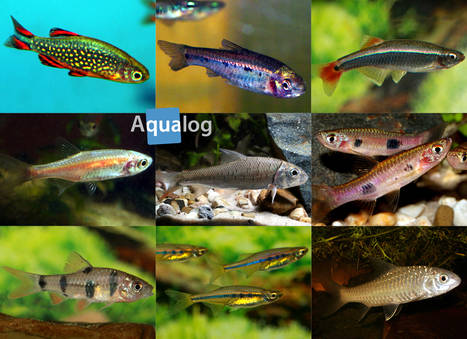 The scientific nomenclature of the barbs, rasboras, and danios has recently been undergoing major changes, as modern methods of research, in particular DNA analysis, are providing new insights into the phylogenetic relationships of these fishes. The species discussed here were formerly contained mainly in the genera Barbus, Puntius, Danio, Brachydanio, and Rasbora, but currently more than 20 new genus names have been added. Hence it is wise to look at the specific name when seeking more detailed information in the aquarium literature. For example, the Five-Banded Barb, a very popular aquarium fish, was formerly known as Barbus pentazona or Puntius pentazona. Its current name is Desmopuntius pentazona. Thus the specific name pentazona remains the same as before.

Cyprinids have no teeth in their jaws, i.e. the mouth is always toothless. Any food taken in is reduced to smaller particles during swallowing by the so-called pharyngeal teeth. The group contains a total of some 1,700 described species, all of which live in fresh water, with representatives in both Africa and Asia. Around 200 species are of importance in the aquarium hobby. All species breed by laying eggs, and there is no highly-developed brood care in the group. These fishes are very productive, and most of the stocks available in the trade are captive-bred. The maximum eventual length of the species regularly maintained in the aquarium is between 1.5 cm and 40 cm.

Barbs, rasboras, and danios are popularly termed “shoaling fishes”, which is, strictly speaking, only very marginally correct. They are in fact social fishes that sometimes join together to form larger groups, but often also occupy very small territories that are even defended against conspecifics on a short-term basis. In practice this means that barbs, rasboras, and danios should be kept in groups of six or more individuals, the upper limit being determined only by the size of the aquarium.

Some of the species of interest to the aquarium hobby, in particular some rasboras, have adapted to waters that are inhospitable to other, larger fishes, specifically small bodies of water with soft acid water. The chemical composition of the water is, however, of no physiological significance to barbs, rasboras, and danios; a Harlequin Rasbora (Trigonostigma heteromorpha) will live just as long in medium-hard, slightly alkaline water as a conspecific kept under near-natural water conditions. Very good water quality, in particular as demonstrated by the density of the bacterial population in the water, is of far more importance to species from such biotopes. These fishes require well-maintained water with a low germ count. This can be achieved via efficient biological filtration, the addition of humic substances using peat, Alder cones, or dead leaves (there are also suitable liquid preparations available), the best plant growth possible (many aquatic plants produce antibiotic substances that have a limiting effect on bacterial growth), and regular partial water changes, which should be as extensive as possible (see below).

On the other hand there are also many species of barbs that are regarded as ideal “beginner’s fishes” on account of their enormous adaptability to the widest variety of water parameters, and because of their lack of sensitivity to serious organic pollution and a high bacteria count in the water. These fishes will survive, with no sign of illness, practically any beginner’s mistake such as too high a fish population, overfeeding with a monotonous diet, insufficient water changes, and being kept in so-called community aquaria that are usually just a collection of poorly compatible species. In the wild these hardy cyprinids are found in areas characterised by periods of severe drought and heavy rainfall, where all the stress factors mentioned above form part of the everyday life of the fishes.

The correct water temperature for long-term maintenance generally lies between 22 and 26 °C, but most barbs, rasboras, and danios can tolerate a short-term rise (for a few days or weeks) to up to 30°C, and almost all species will also tolerate a short-term drop (again a few days or weeks) to 18°C. In the case of species from subtropical zones (northern India) the temperature can periodically be allowed to drop to anywhere down to 14 °C.

The barbs, rasboras, and danios normally maintained in the aquarium can be characterised as omnivores with a preference for carnivore foods. They can be fed entirely without problem on all the usual types of food for ornamental fishes available in the trade (i.e. dry, frozen, and live foods). Only a few larger species feed predominantly on vegetable food. If the fishes are observed to consume aquatic plants then additional vegetable food (special flake foods, scalded lettuce or dandelion leaves, etc) should be provided. Decaying organic matter, the mud-like material known as mulm that accumulates in the aquarium, is indispensable to many barbs. It is very rich in bacteria and fungi that these barbs require to keep their intestinal flora healthy. An aquarium containing barbs should not be kept too clean as otherwise they will become unwell.

Regular large partial water changes are the most important element of maintenance. Ideally 1/3 – 2/3 of the water should be changed every week, refilling with conditioned fresh water of the same chemistry; at the same time the difference in temperature between the new water and the aquarium water should be as small as possible and never more than 2-3 °C. In aquaria with a low fish density, minimal germ population, and good biological filtration, water changes can be reduced to 1/5 of the total volume every 14 days. Longer intervals should not be employed in the long term.

In the case of barbs it is important that there is always some mulm present in the aquarium.

Barbs, rasboras, and danios are active fishes that need a certain amount of swimming space for their well-being. Tank length should be around 10-15 times the length of the species in question, with a width to match (i.e. 5-7.5 times fish length), to permit the fishes enough room to exhibit their species-typical swimming behaviour. Barbs tend to live near the bottom, rasboras and danios in the middle layers of the water or close to the surface. An aquarium for barbs, rasboras, and danios should provide plenty of cover and at the same time offer open swimming space. Floating plants will provide an increased sense of security and hence well-being. A dark substrate will encourage intensified coloration. In the case of barbs at least part of the substrate should consist of soft river sand (never builders’ sand!), as these fishes like to grub about in the bottom, searching the sand for edible particles.

Barbs, rasboras, and danios are usually peaceful among themselves and towards other species. The only exception is the Sumatra or Tiger Barb (formerly Barbus or Puntius tetrazona, now assigned to the genus Puntigrus; the correct name in full is now Puntigrus anchisporus, but it will undoubtedly be decades before the correct designation becomes established in the trade). Tiger Barbs have an extremely well-developed urge to play, which causes them to nip at the long fins of certain fishes such as Angelfishes, gouramis, veiltail Guppies, etc. This not only causes fin damage but the continuous negative stress to the victim fish can lead to increased susceptibility to disease and sometimes even death. So Tiger Barbs should never be kept with long-finned fishes.

In the wild the majority of the smaller species rarely enjoy a second year of life, but in captivity they can be astonishingly long-lived. Small species usually start to show the first signs of age at about three years old, medium-sized at 5-8 years, and large species can even live for decades.

Barbs, rasboras, and danios with an eventual size of less than 5 cm are sexually mature at 12-15 weeks old, and at this point will be half to three quarters (depending on environmental conditions) of their eventual size. Larger species (up to 10 cm) grow somewhat more slowly and are often full-grown at the age of 12 months. Species that grow larger than 10 cm usually don’t reach breeding size until their second or third year of life. Because of the large variety of species, please check the label on the sales aquarium for the potential maximum size of any species that interests you. 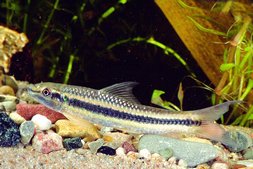 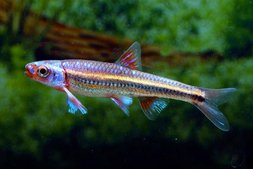 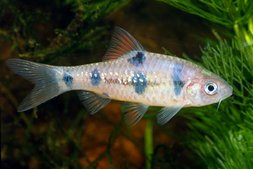 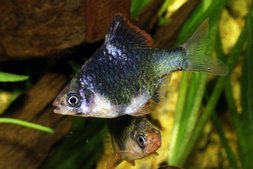 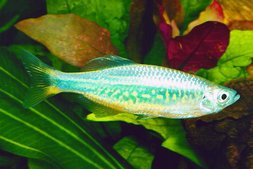 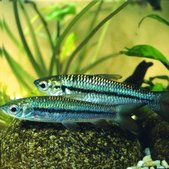 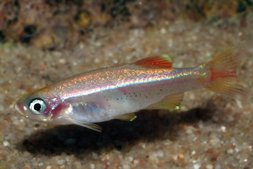 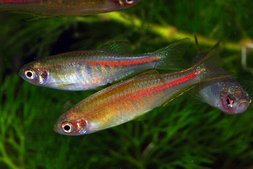 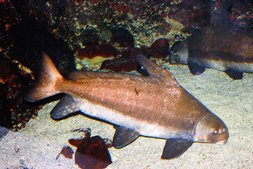 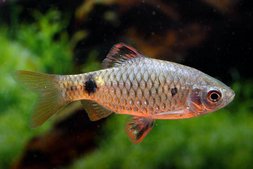 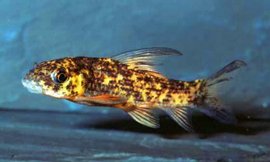 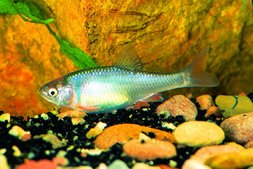 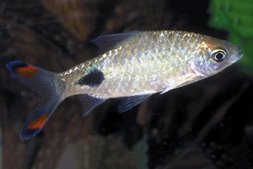 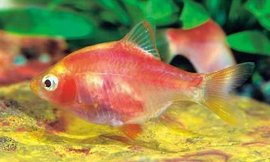 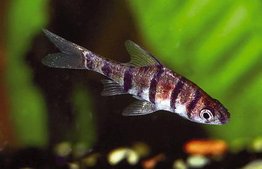