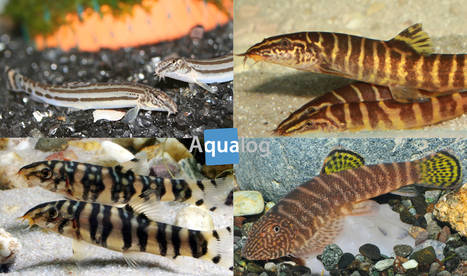 Loaches (superfamily Cobitoidea) are a group of predominantly small freshwater fishes. At present 1043 species are known in 111 genera split between 10 families. Around 50 species are important as aquarium fishes, but essentially all species can be maintained in the aquarium. The distribution of the loaches is restricted to Europe and Asia, where they live in the temperate zones as well as the Tropics. Although they may inhabit numerous different water types they have a noticeable preference for flowing water. Many species, for example the hillstream loaches (Balitoridae), are even specially adapted to fast-flowing streams.

The overwhelming majority of the loaches kept to date are bottom-dwellers. Hence at least part of the substrate should consist of soft river sand (no builder’s sand!). The substrate should be several centimetres deep, as many species like to bury themselves from time to time. The majority of loaches appreciate clear, oxygen-rich water with plenty of current. Hardness and pH are of little importance to these fishes; many species may live in soft acid water in the wild, but they don’t need these water parameters.

Almost all species are social and should be kept in small groups of 6-10 individuals. Only a very few species are territorial and won’t tolerate conspecifics near them.

It is important to know the provenance of these fishes in order to be able to provide the correct water temperature. Species from temperate zones are coldwater fishes that should be maintained at 10-20 °C; subtropical species will tolerate 24-26 °C in the summer, but should be overwintered at 12-16 °C; and tropical species should be kept at 24-28 °C (lowland species) or 18-24 °C (species from upland regions).

Fundamentally, loaches feed on small organisms. They can readily be fed with all the usual sorts of dry, frozen, and live food. In addition almost all species will also consume detritus (dead and decaying plant material), so dead tree leaves (Sea Almond, Beech, Oak, Alder, Birch, fruit trees, etc) should be freely available in the aquarium. Many botiid loaches (family Botiidae) like to eat snails, while sucking loaches (Gyrinocheilidae) have specialised on eating algae and any organisms it contains. But even these species with specialisations in the wild can readily be fed with the food types listed above.

Regular large partial water changes are the most important element of maintenance. Ideally 1/3 – 2/3 of the water should be changed every week, refilling with conditioned, fresh water of the same chemistry; at the same time the difference in temperature between the new water and the aquarium water should be as small as possible and never more than 2-3 °C. In aquaria with a low fish density, minimal germ population, and good biological filtration, water changes can be reduced to 1/5 of the total volume every 14 days. Longer intervals should not be employed in the long term.

It is important for many loaches (e.g. coolie loaches of the genus Pangio) that there is always some mulm in the aquarium.

The vast majority of loaches are bottom-dwellers that are very good at wedging themselves into the narrowest cracks. The botiid loaches (Botiidae) in particular more often have a noticeable tendency to swim around, and require an aquarium with the largest possible bottom area. One of them, the attractive Clown Loach (Chromobotia macracanthus) can grow to 20-30 cm long and requires an aquarium with a bottom area measuring 150 x 50-60 cm. Smaller species require a lot less space, and the coolie loaches (Pangio) can readily be kept in tanks with a bottom area of 30 x 20 cm upwards. The majority of Schistura species, suckerfins and the stone loach group, can readily be reared in aquaria with a bottom area of 60 x 30 cm upwards. Because of the secretive lifestyle of many species it is inadvisable to keep small species in over-large aquaria where they will rarely be seen. Essentially, species with a snake-like body shape always require less space than the comparatively high-backed species.

Among the species maintained in the aquarium, only the members of the genus Yunnanilus swim away from the substrate. But they too live close to the bottom, and so the aquarium depth is of subordinate importance for all loaches.

The aquarium for loaches should be well decorated with rocks and bogwood. Plants are of secondary importance for these fishes and are often uprooted, so the use of floating plants is preferable. It is essential to make sure that rockwork is based on the bottom glass of the tank, as otherwise it will sooner or later be undermined and collapse, possibly resulting in the death of the culprit and/or a broken tank glass. Individual, roughly hand-sized rocks can, however, be placed on the sand substrate. Schistura species in particular like to make their homes beneath such stones. A wealth of hiding-places in the form of half coconut shells, clay flower pots, and “tubes” of cork bark should always be included in a tank for loaches.

Loaches are fairly long-lived. The majority of species can attain an age of more than 10 years, and the larger species such as the Botiidae more than 25 years.

In the wild probably all species become sexually mature by their second year of life at the latest. At this point they measure at least a third of their expected eventual size, but smaller species will by then already be largely full grown. Compared to other fishes, loaches grow rather slowly, but compensate by being very long-lived, so it is important to bear in mind that the average maximum length known from the wild may also be attained in the aquarium.

For unknown reasons loaches of some species, in particular the botiids the (Botiidae) and some Schistura, can be unexpectedly aggressive towards tankmates and may, for example, bite out the eyes of other fishes. As stated, the reason for this phenomenon is unknown, and it occurs only occasionally; however, being kept singly appears to promote this undesirable characteristic, and for this reason all loaches should always be kept in groups.

Botiid loaches communicate via clearly audible cracking sounds. All members of the Botiidae and Cobitidae have a razor-sharp sickle-shaped spine beneath the eye, with which they can inflict bleeding wounds on humans who handle them carelessly. They don’t, however, have poison glands. 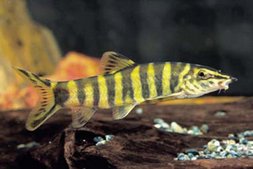 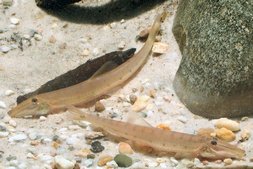 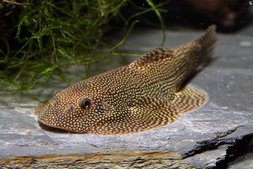 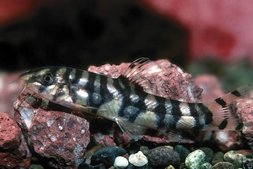 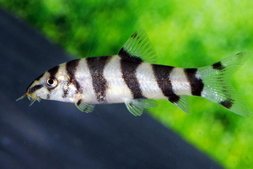 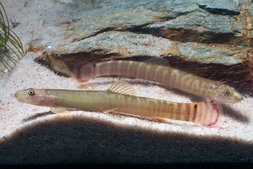 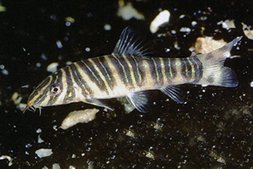 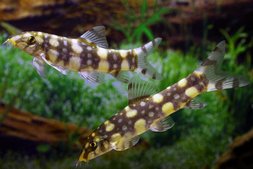 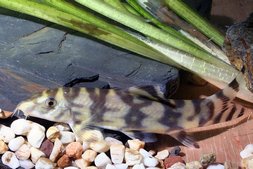 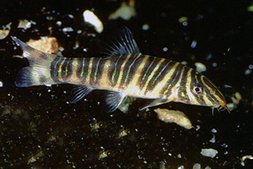 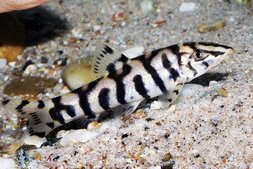 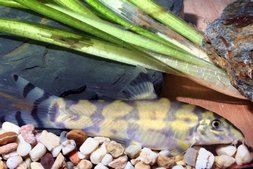 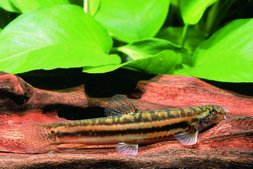 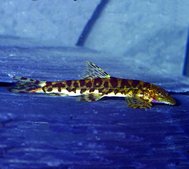 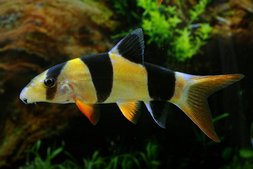