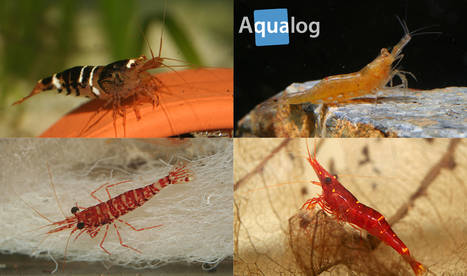 The freshwater shrimps maintained in the aquarium belong to two groups. Firstly, the family Atyidae, with around 450 strictly freshwater species worldwide (a very few species are also found in brackish water); and secondly, the long-armed shrimps of the superfamily Palaemonoidea, which occur in practically every biotope from the deep sea to fresh water. 20-30 species of long-armed shrimps are of aquarium hobby importance, but their real significance for Man is that they are an important food source. Many of the freshwater species of long-armed shrimps are cultivated as food in aquaculture, and youngsters often find their way into the trade from that source. By contrast only a few of the Atyidae – often termed fan shrimps or dwarf shrimps – are of interest as food. The majority of species are specially bred or collected for the aquarium hobby.

Freshwater shrimps differ only slightly from fishes in their requirements. The water in the aquarium should be clean and oxygen-rich and have as low a germ population as possible. Dwarf and fan shrimps prefer soft water (although they can also do very well in harder water), while the majority of long-arm shrimps do considerably better in hard water.

Some dwarf shrimps originate from cool mountain streams and prefer temperatures between 16 and 22 °C, but there are also species that require high temperatures (around 28 °C). Details of this can be found on the label on the sales aquarium. Fan shrimps usually come from fast-flowing waters, but are used to higher temperatures and do best at 22- 26 °C. Long-armed shrimps are also maintained at 22-26 °C. While dwarf and fan shrimps are sociable creatures, and best maintained in groups of 10-20 individuals, long-armed shrimps are almost always territorial. In normal domestic aquaria it is often only possible to keep the larger species of long-armed shrimps singly, i.e. one male per aquarium. Females are better behaved, but can also be aggressive or fall victim to aggressive males.

Shrimps react extremely badly to metals in the water, with copper in particular being exceptionally toxic. This should always be born in mind when the water supply comes from new copper pipework.

All freshwater shrimps are omnivorous, and feed on dead organic material of all kinds, plus anything else that offers. All the usual types of fish foods will provide a good basic diet in the aquarium. Note that fan shrimps will eat only relatively small food particles. Food tablets are ideal for these species, as the tablets disintegrate slowly and release fairly small food particles in the process. Dead leaves of native European trees should always be available to all freshwater shrimps in the aquarium for them to feed on when they choose. All non-toxic tree leaves are suitable, but fruit tree leaves (particularly cherry) are particularly enjoyed, along with Maple, Birch, Beech, Chestnut, Walnut, Oak, and Alder. It is very important to use dry brown autumn leaves. Unlimited amounts of these leaves should be freely available in the aquarium as the basic food, and the mixture should always include Oak, which simultaneously acts as a prophylactic against disease. In addition green leaves can be picked and dried and used for food, but will pollute the aquarium badly because of their high sugar content and lead to a high germ count in the water. Hence they should be used only for special reasons such as therapeutic purposes.

Shrimps are not especially active. The dwarf shrimps are the liveliest, but they are so small that when it comes to tank size effectively any standard aquarium is suitable for their maintenance and breeding. For the other species the minimum bottom area of the aquarium should be about five times shrimp length long by two to three times wide, and the height of the aquarium about the same as the width.

Almost all long-armed shrimps are inclined to cannibalism. They also need to moult their external skeleton in order to grow. After moulting they remain very soft and vulnerable for several hours to days. Hence suitably-sized hiding-places (caves, etc) are essential for their survival after moulting, so that they can’t be eaten by their fellow shrimps.

Dwarf and fan shrimps are not cannibalistic and don’t attack one another after moulting.

Shrimps are relatively short-lived creatures. Dwarf shrimps usually live for only 1-2 years; fan shrimps can live significantly longer, with some individuals having purportedly lived for up to 12 years in the aquarium. But even the largest of all the freshwater shrimp species, the long-armed shrimp Macrobrachium rosenbergii, which grows to a good 50 cm long including the chelipeds (claws), lives for only 18 months in the wild. During this short period of time the shrimp develops from a pinhead-sized larva to a sexually mature individual, migrates many kilometres upstream, then migrates all the way back again to breed in the mouth region of the river.

Freshwater shrimps employ a variety of reproductive strategies. The majority of dwarf shrimps breed directly in freshwater and produce relatively large young. By contrast many fan shrimps (e.g. the Amano shrimps) produce tiny young that need to develop in the sea initially before returning to fresh water. Long-armed shrimps employ both strategies, depending on the species.

Caution is required when housing long-armed shrimps with fishes, as the larger species will prey on fishes (especially at night when the latter are asleep).
Many dwarf shrimps and fan shrimps migrate in the wild and hence will readily escape from the aquarium, usually ending up dead as a result. For this reason the aquarium should be tightly covered. 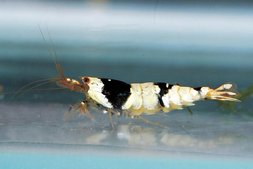 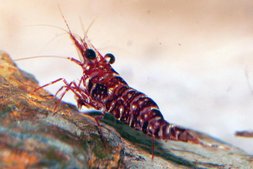 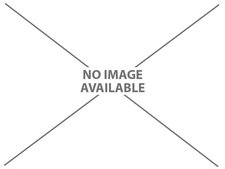 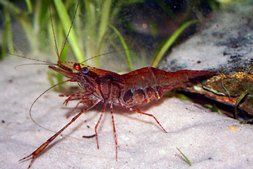 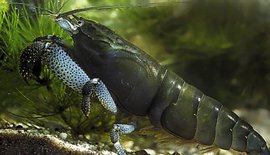 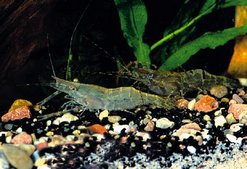 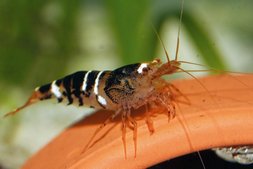 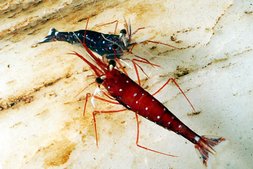 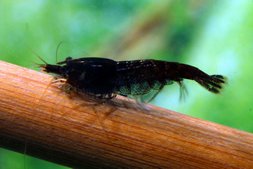 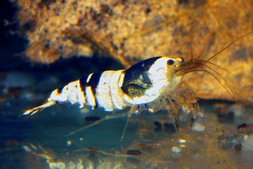