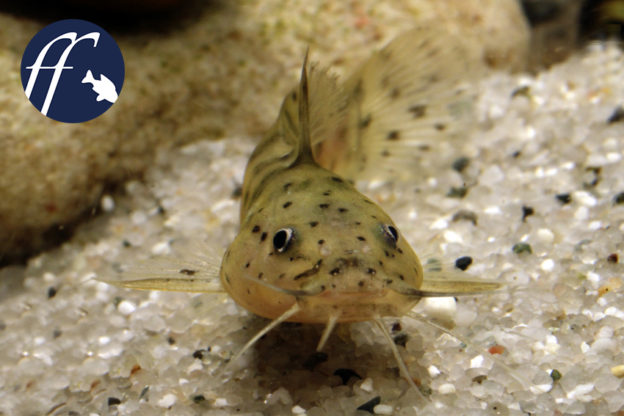 The majority of the roughly 33,400 fish species currently known to science have never yet been maintained in the aquarium. Little more is known of them than that they exist. And even that often isn’t certain, as in the course of the centuries – as is well known, our modern zoology started in 1758 with the 10th edition of Carl von Linné’s book Systema naturae (= The System of Nature) and Linné still believed in the original creation by God and the immutability of species – our view as to what actually constitutes a species has undergone frequent and fundamental changes. 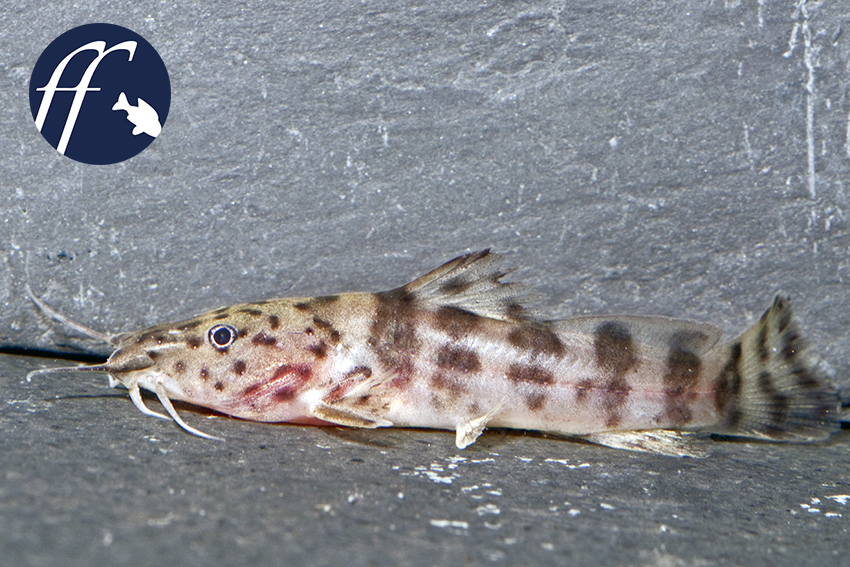 Only a few hundred species are known to the aquarium hobby. Most of them can be identified via the “picture-book method”, i.e. comparing the individuals to be identified with photos and/or drawings from aquarium-hobby books and magazines. That can itself be tricky enough in the case of some species, as even expert authors are not immune to mistakes. In such cases we have to resort to the primary literature. By “primary literature” is meant original scientific works, if necessary the first scientific description of the species. This often provides the solution to the problem, but equally often doesn’t. Some species that have been known for a long time have a checkered history and have often been evaluated in multiple different ways. Detailed detective work is often necessary when dealing with first imports and rarities, and this was the case with the African catfish we are dealing with here 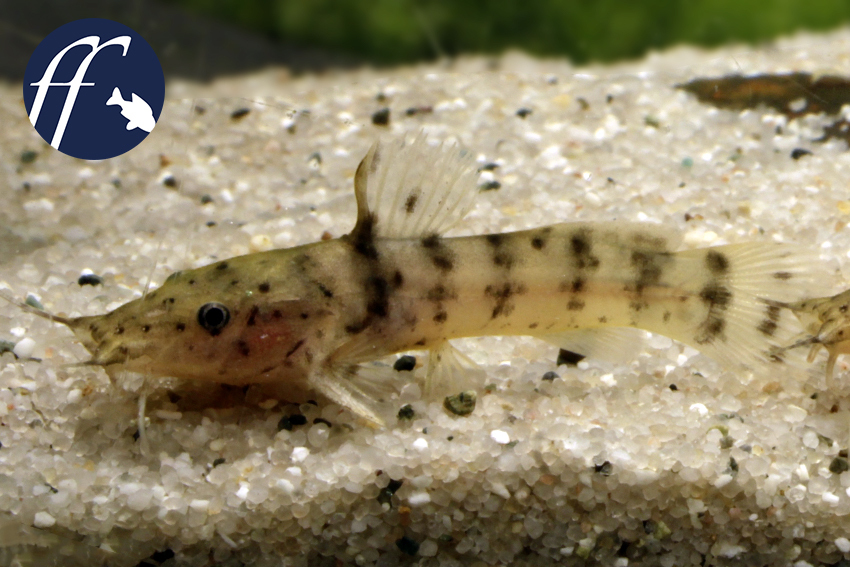 A small catfish, Microsynodontis batesii, is fairly regularly imported from Nigeria. This identification is again subject to a number of question marks, but that is another story. A bustling group of 2-3 cm long juvenile M. batesii (maximum length is around 10 cm, with the onset of sexual maturity at a length of 4-5 cm) may occasionally include juveniles of another species that can without difficulty be assigned to the genus Parauchenoglanis. Recently there were once again a few of these fishes, which I purchased in order to grow them on and see what they turned into. Which of the nine currently accepted species might they turn out to be? 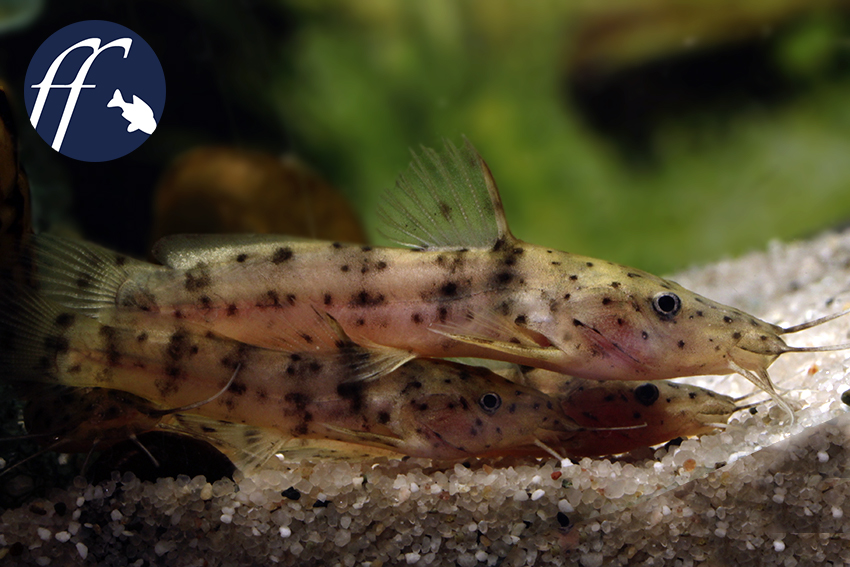 Geographical considerations immediately limit the question to the two species known to date from Nigeria, namely Parauchenoglanis buettikoferi (Popta, 1913) and P. loennbergi Fowler, 1958. Fortunately there is an excellent handbook available on the catfishes of Africa, in which all the species known up until around 2008 are discussed. According to this book the fish in question is undoubtedly Parauchenoglanis loennbergi. 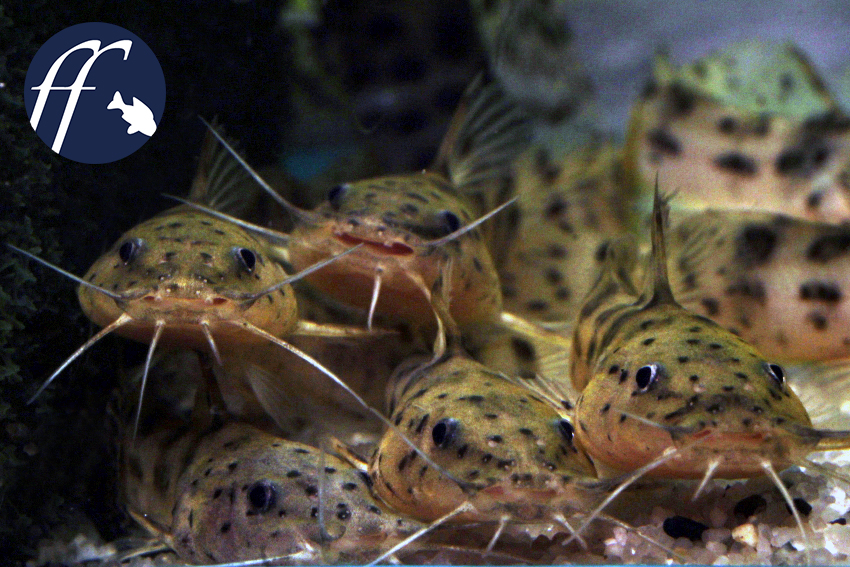 The species P. loennbergi has a checkered nomenclatural history. The fish lurking behind the name was first described in 1895 by Einar Lönnberg, under the name Pimelodus guttatus. The two specimens available to Lönnberg originated from Cameroon, from the River N´dian, nowadays Ndian. The Department of the same name lies in the southwest of what is nowadays the country of Cameroon. The fishes had been collected by Bror Yngve Sjöstedt (1866-1948) during a two-year expedition to Cameroon financed by the Royal Swedish Academy of Sciences. Sjöstedt reported that the fishes lived concealed beneath stones in the river and that the native people believed that these creatures were capable of delivering electric shocks. But among the catfishes of Africa that can relate only to the electric catfishes – the species Malapterurus beninensis occurs in Cameroon. According to Sjöstedt’s report the electric catfish is much prized as a food fish by the local people, although they fear its electric shocks. 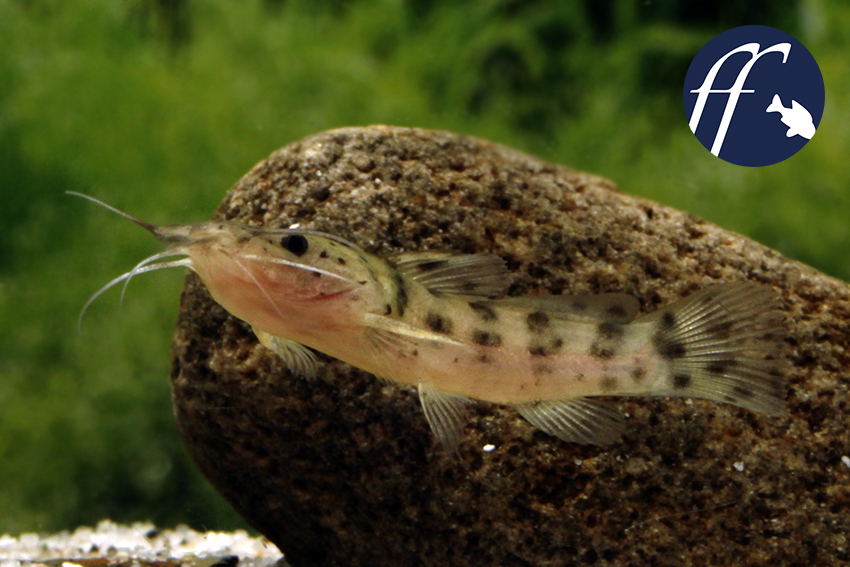 Lönnberg described the coloration of his specimens as follows: “The coloration from which the fish has derived its name is pale brownish, with round dark brown spots, which are larger on the back and the sides, than on the belly. These upper spots sometimes become confluent, and then form five or six dark cross- bars. The lower smaller spots are not confluent, situated between and below the crossbars. The head is darker with round black spots. The dorsal and caudal fins with round brown spots.” The name referred to is the Latin specific name guttatus, which means spotted. 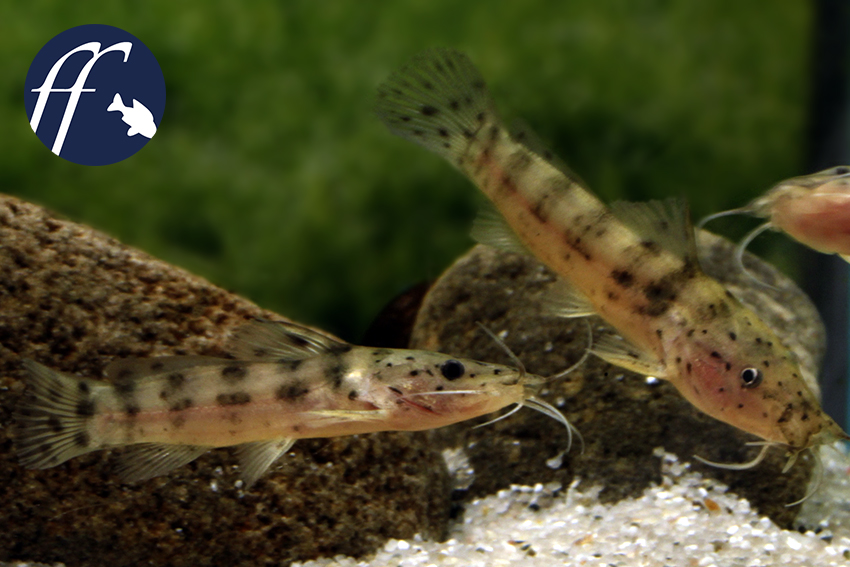 Unfortunately Lönnberg overlooked the fact that the name Pimelodus guttatus had already been assigned, specifically by La Cepede, who as long ago as 1803 had applied it to a Chinese catfish that is nowadays included in the genus Hemibagrus. This meant that the name was “used up” and could never again be used for another species. It appears that Henry W. Fowler was the first to realize this, in 1958, when he created the replacement name Parauchenoglanis loennbergi for the species, which in the interim had been designated the type species of the genus Parauchenoglanis, erected by George Boulenger in 1911. The erection of the genus by Boulenger also took place under an unlucky star; it subsequently turned out that he didn’t have any specimens of P. guttatus available, probably just a photo of Lönnberg’s type specimens, plus specimens that actually belonged to a species that was still undescribed at that time. The type of the genus Parauchenoglanis was designated by Jordan in 1920. 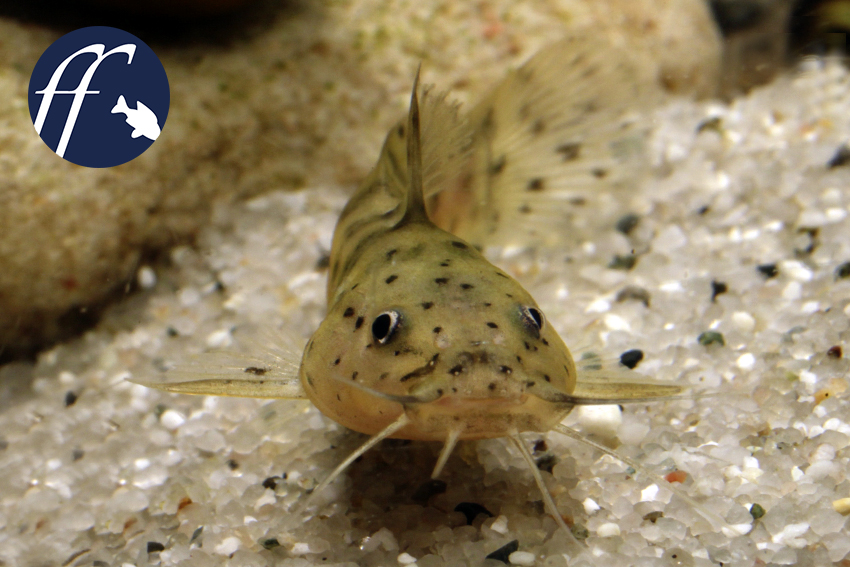 It gets even more complicated: Risch (1986) didn’t accept Fowler’s replacement – i.e. Parauchenoglanis loennbergi – but regarded the name guttatus as available in Parauchenoglanis. That would mean our fish would be called Parauchenoglanis guttatus. Or would it? There is a further, third variation on this theme: an earlier synonym of P. guttatus, Auchenoglanis monkei Keilhack, 1910, had been applied to the species. And there are people who argue that if the name P. guttatus really wasn’t available then the fish must be called P. monkei, as in the final analysis that name was available!

To sum up: after studying numerous pages of scientific literature, it appears very likely that the Parauchenoglanis imported from Nigeria as a bycatch is identical with the species termed Pimelodus guttatus in 1895, Auchenoglanis monkei in 1910, and Parauchenoglanis loennbergi in 1958. But which of the three names is valid remains a matter of debate.

As far as the aquarium hobby is concerned, the fish presents no problems. It is a greedy omnivore with a strong urge to hide: it is hardly every seen except at feeding time. But on the credit side, it is peaceful towards conspecifics as well as other fishes as long as they aren’t suitable to be considered as food. At present the maximum eventual size of the species is a matter for speculation. In the most recent revision of the genus Parauchenoglanis by Geerinckx et al. in 2004 the maximum standard length (i.e. not including the tail) is given as 151 mm; in CLOFFA (Checklist of the Freshwater Fishes of Africa) 1986 a total length (i.e. including the tail) of 245 mm is cited. So the species probably doesn’t grow horrendously large, though equally it cannot be described as small.

The priority now must be to grow them on. And maybe then it will be possible to add a few lines on this Parauchenoglanis from Nigeria to the still largely blank pages in the book of the life histories of fishes, detailing the behavioral attributes and perhaps even the reproduction of this catfish…..

Further reading matter on catfishes can be found at  https://www.animalbook.de