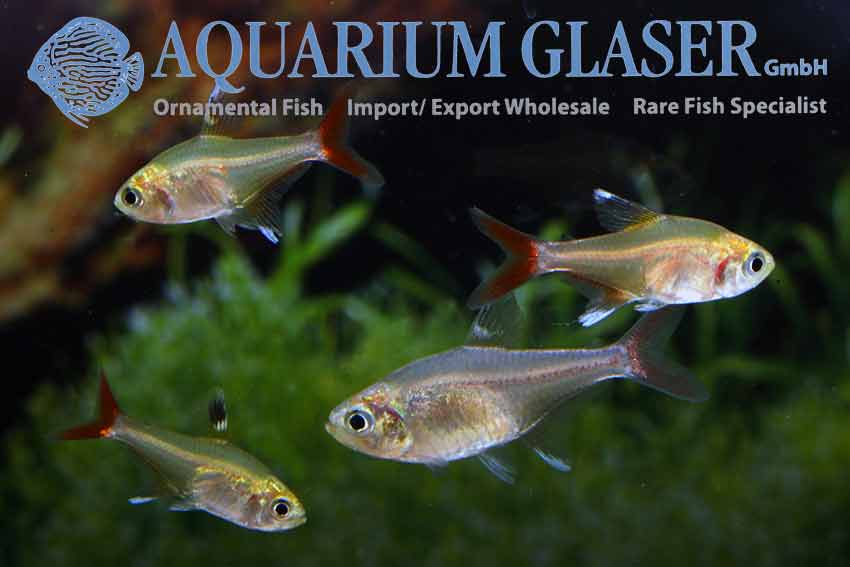 Regarding the generic name this tetra has undergone a real odyssey. It was initially described under the generic name of Aphyocharax, in 1977 Géry placed it in Megalamphodus with question mark. In 1997 Weitzman and Palmer dissolved the genus Megalamphodus and the calypsotetra was placed in Hyphessobrycon. Today Megalamphodus is regarded again as a valid genus by most scientists, but if the calypsotetra belongs to that genus is still an open question. So it is most often placed in Hyphessobrycon currently. Despite all this confusion the fish is as beautiful and easy to keep as a fish can be and an ideal inhabitant of so-called nano tanks. 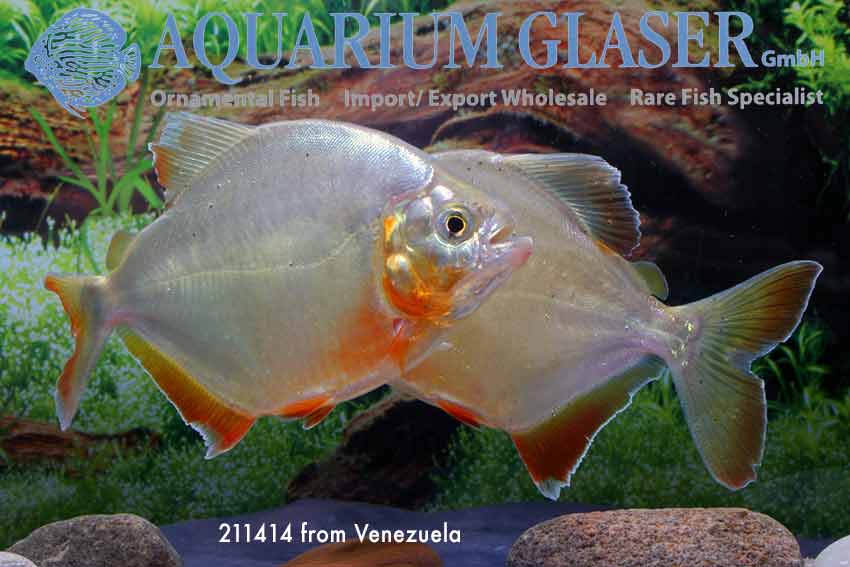 One could name this fish the ideal piranha for home aquaria. They are very colorful and comparatively peaceful against conspecifics. It is also possible to keep them along with other larger fish species. This piranha is so to say an intermediate between the plant eating pacus and the meat eating piranhas. Although Pygopristis denticulata are almost exclusively carnivorous they feed only on small animals and don‘t attack larger fish.
The bright orange-red variety originates from Venezuela, while we obtained yellow finned specimens from Brazil. The latter also display a shining silver spot on the caudal peduncle which is missing in the fish from Venezuela. 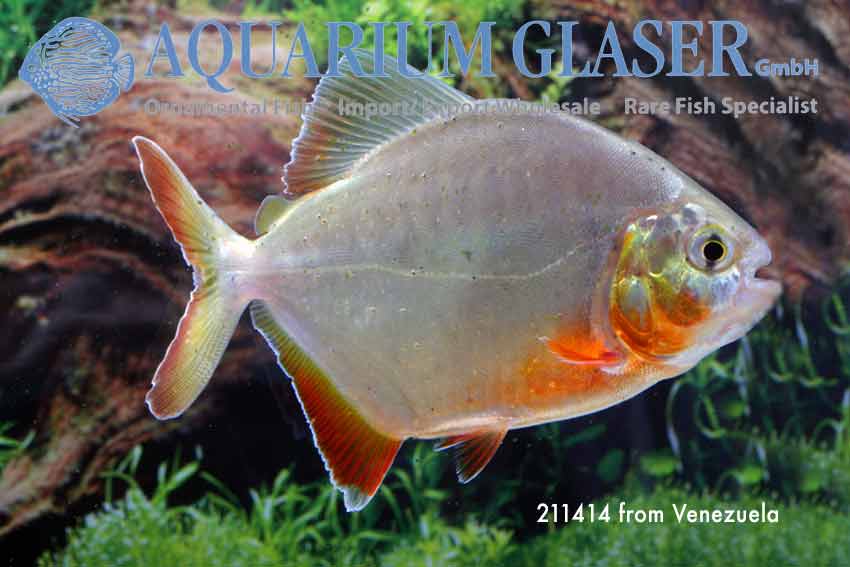 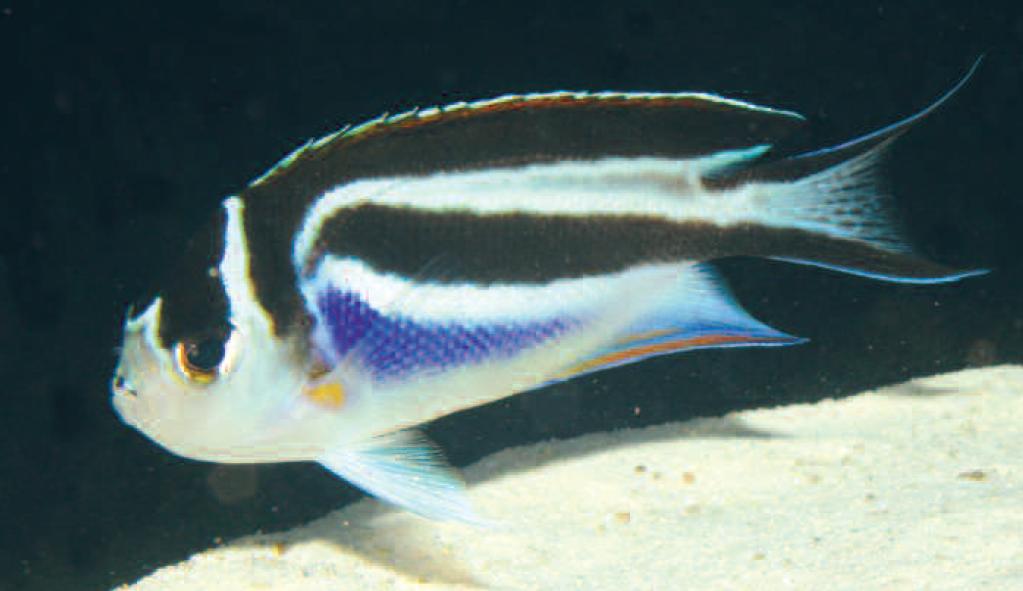 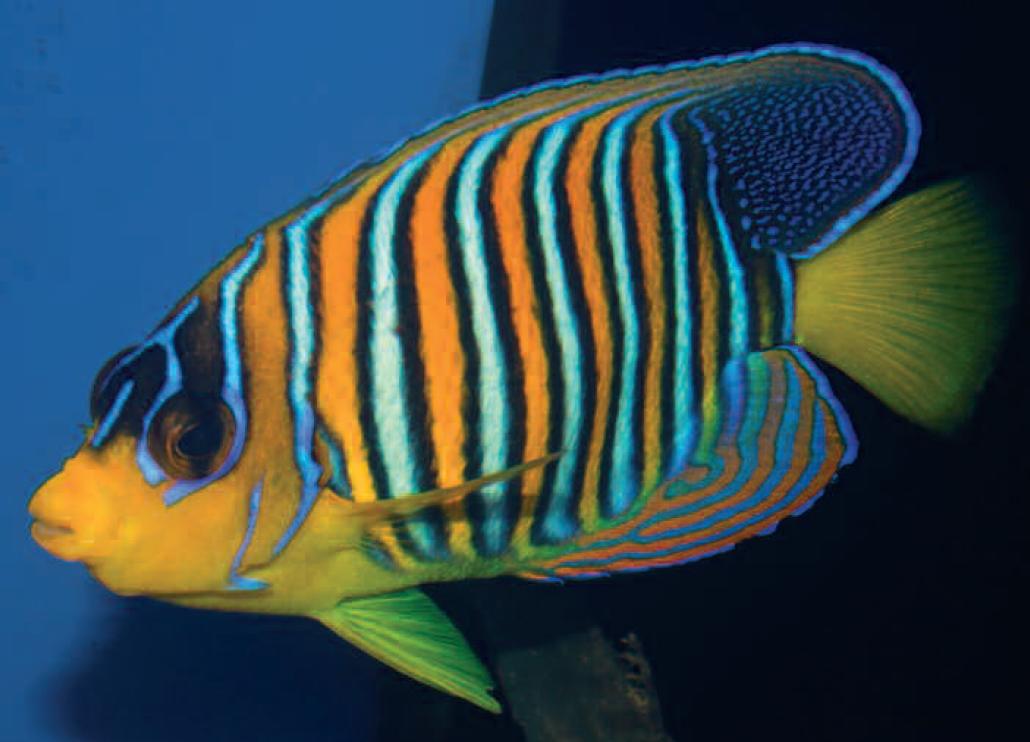 This pretty cichlid has been described scientifically only in 2012. Up to that time it was known among hobbyists under the name of Krobia sp. “Xingu Red Head”. This nice relative of Aequidens is the ideal cichlid species for beginners, because it is one of the most peaceful species of cichlid at all. Besides this the fish have beautiful colours. They are typical open brooders with biparental family. 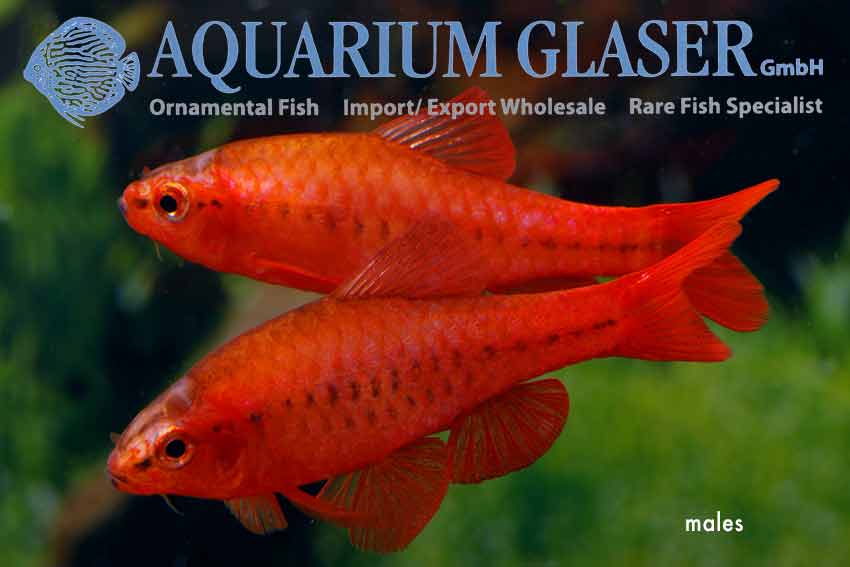 The Cherry barb, Barbus titteya, is a favorite aquarium fish for decades already. The species is quite variable regarding coloration in the wild already. It lives endemic on the island of Sri Lanka. The sport called Super Red has been developed by selective breeding. Currently we can offer very beautiful animals from a German breeder.