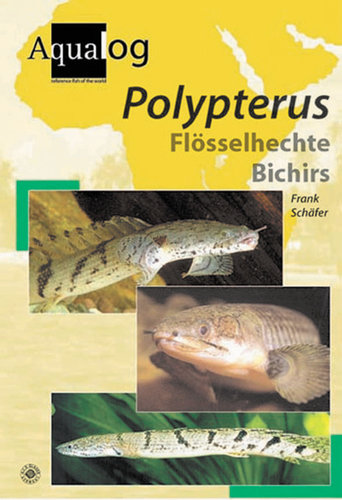 These fish have survived the dinosaurs. When 60 million years ago these giant lizards roamed the world, the Polypterus commonly named Bichirs were also around.They breathe through lungs and their young have external gills, as you will find only in newts and salamanders. They are fascinating witnesses of past times and still very much alive, vital and adapted to modern live. The Bichirs have always attracted the attention of biologists. Despite this fact, it is the first time in the history of literature that all known species are presented in one book. In the framework of a five-year research for this Aqualog Reference book, all type of material has been studied, which showed that several species were still new to science. To be able to picture one species for the first time, a collecting expedition was organized. Allow yourself to be captivated by the more than 180 fantastic, large-format photos. In addition, extensive information is provided on the maintenance and breeding of bichirs and reedfishes in the aquarium.