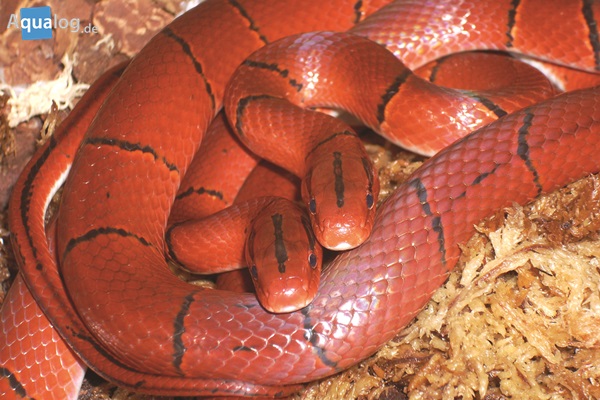 The Red Mountain Racer or Bamboo Ratsnake, Oreocryptophis (formerly Elaphe) porphyraceus is one of the most beautiful Asian climbing snakes. This little energy-saving snake – it comes from mountainous regions and doesn’t require any heating (18-25 °C) – is being bred increasingly frequently.

It is less than 30 years since this jewel of a snake was regarded as practically impossible to keep. Although the species is very widespread, occurring in six subspecies from India across China and the Malayan Peninsula to Indonesia, it was hardly ever imported and then quickly died. The secret of successful maintenance lies in the correct treatment of the animals by the exporter. These mountain snakes need to be kept cool and damp. A prolonged stay in a lowland export station – this snake is never found below 800 m altitude in the wild – causes permanent damage to the animal’s system. The immune system breaks down, normally harmless parasites proliferate massively, and the snake dies.
The breakthrough in the maintenance of these splendid snakes came only when terrarium keepers in South-East Asia seriously adopted animal maintenance western styleie unsentimental, non-anthropomorphic, but technically correct maintenance. They built cool houses the way we erect greenhouses in cooler climes, in order to be able to provide the correct climatic requirements for these snakes and other creatures of the mountain forests. And lo and behold, it worked!
The snakes portrayed here belong to the subspecies O. p. laticinctus, which occurs on the Malayan Peninsula. Like all the other subspecies it is a creature of permanently moist woodland. These snakes, which grow up to 100 cm long and are very quick and sometimes prone to bite (though, like all Elaphe in the wide sense they are non-venomous), are easy to feed as they readily take mice. If several specimens are kept together – which is feasible, as they are not cannibalistic – it is a good idea to separate them at feeding time; on the one hand so that several snakes don’t fall upon the same mouse, and on the other because it is generally beneficial if they regard their terrarium as mating and living habitat rather than feeding territory. Moreover their owner can be far more relaxed about handling these greedy snakes if they don’t all immediately leap into action when the cover is opened. Unfortunately these gorgeously colored snakes are very prone to hide, so their home should be arranged to allow them to do so, while ensuring that the hiding-places can be easily monitored at any time. 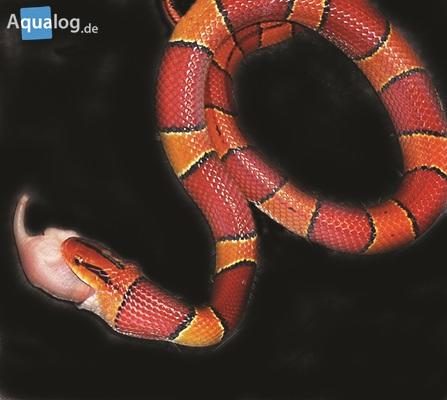 Bamboo Ratsnakes produce eggs once a year in summer, after a cool phase (at around 15 – 20 °C) in winter. The eggs hatch after around 60 days at 26 °C. The newly-hatched young are around 25 cm long and in my experience will feed on baby mice without problem right from the start, so rearing them presents no difficulties. 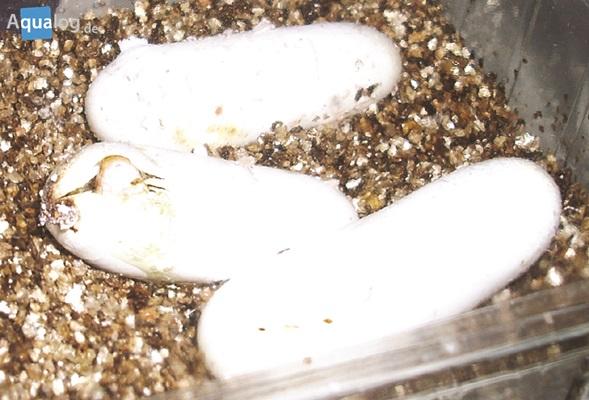