The knifefishes of the New World (Gymnotiformes), with at least 173 known forms, constitute a species-rich order. However, only a very few species are regularly seen in the aquarium hobby: the Black Ghost Knifefish (Apteronotus albifrons), its brown-colored relative A. leptorhynchus, and a number of Eigenmannia species (glass knifefishes). The mighty Electric Eel (Electrophorus electricus), which likewise belongs to the New-World knifefishes, is more frequently imported, for public aquaria – and thus ends the list of species always available in the hobby. So it is all the more pleasing that several very unusual New-World knifefishes have just been imported simultaneously from Peru.

The reason for the rarity of knifefishes in the trade isn’t, of course, because they are rare in the wild. The opposite is the case, as they represent a significant percentage of the biomass in Amazonia. But the demand for such unusual aquarium occupants is small, as, apart from a very few exceptions, New-World knifefishes are unsuitable for the standard community aquarium. Being chiefly crepuscular and nocturnal creatures, the small knifefish species can easily go short of food, and large knifefish species regard small tankmates as snacks. Some particularly attractively colored species are also very quarrelsome among themselves. Hence the majority of species of New-World knifefishes are suitable only for species aquaria and kept only by very specialized aquarists, and there aren’t that many of them. But a few more would be very welcome, as New-World knifefishes are highly interesting creatures about which far from everything is known – a To better distinguish the New-World knifefishes from the Old-World knifefishes (Notopterus, Chitala, & Co.), with which they aren’t closely related at all, the New- World knifefishes are often also known as knife eels. All knife eels belong to the electric fishes that constantly emit electrical impulses. They use these impulses for the location of prey, for spatial orientation, and for intraspecific communication. Only in the Electric Eel are the impulses so strong that they can be used to stun prey fishes or enemies. All other knife eels are so weakly electric that a human who grasps them won’t feel a thing, and any tankmates in the aquarium will likewise come to no harm from the electric impulses. 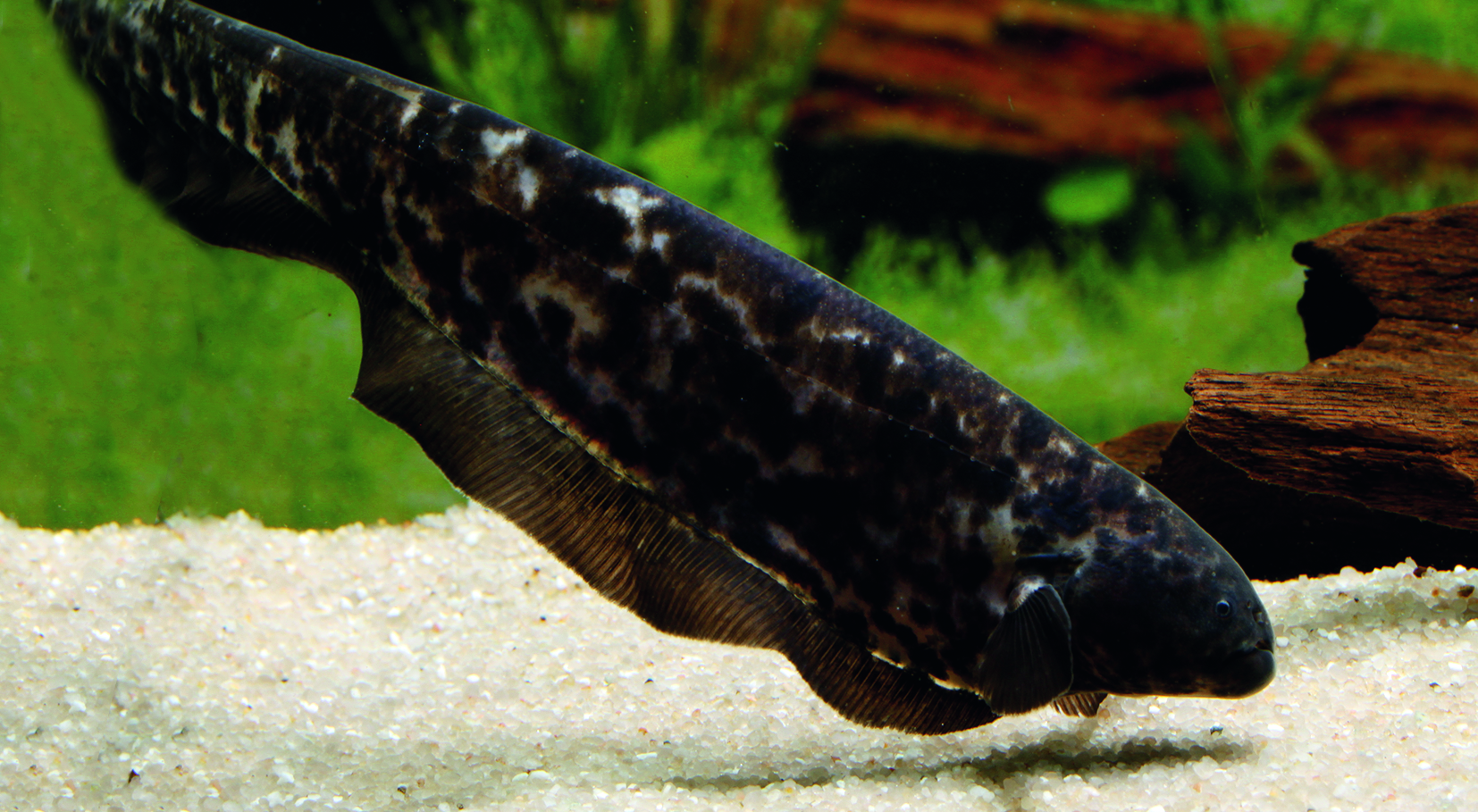 Gymnorhamphichthys cf. hypostomus
The sand knifefishes (Rhamphichthyidae) are assigned to their own family within the New-World knifefishes. There are currently three genera with 16 species known. The genus Gymnorhamphichthys, sometimes called thermometer knife eels, contains six described species. Not much is known about these fishes, as they are strictly nocturnal and bury themselves in fine sand by day. Hence comprehensive field observations are practically impossible. The Gymnorhamphichthys presented here, like the other species discussed in this article, was obtained from Peru by Aquarium Glaser, Rodgau. According to the Checklist of the Freshwater Fishes of South America, however, there are so far no Gymnorhamphichthys reported from Peru. The markings of the fishes are most reminiscent of G. hypostomus, though they have a significantly longer snout. So perhaps this is an undescribed species, and for this reason we have chosen the species designation G. cf. hypostomus to be on the safe side. These knife eels are peaceful among themselves. However they don’t possess any teeth or other ways of harming one another. They are easy to feed as they enjoy eating bloodworms, which are also a major dietary element in the wild, as shown by stomach contents analysis. Maximum size for G. hypostomus is given as somewhat more than 20 cm, while the imported specimens are currently some 14-18 cm long. In addition to G. cf. hypostomus, the consignment of knife eels from Peru contained a further member of the genus Gymnorhamphichthys, which differs from the rest of the fishes by having a different pattern and a different head form. This means that there are at least two species of Gymnorhamphichthys in Peru. 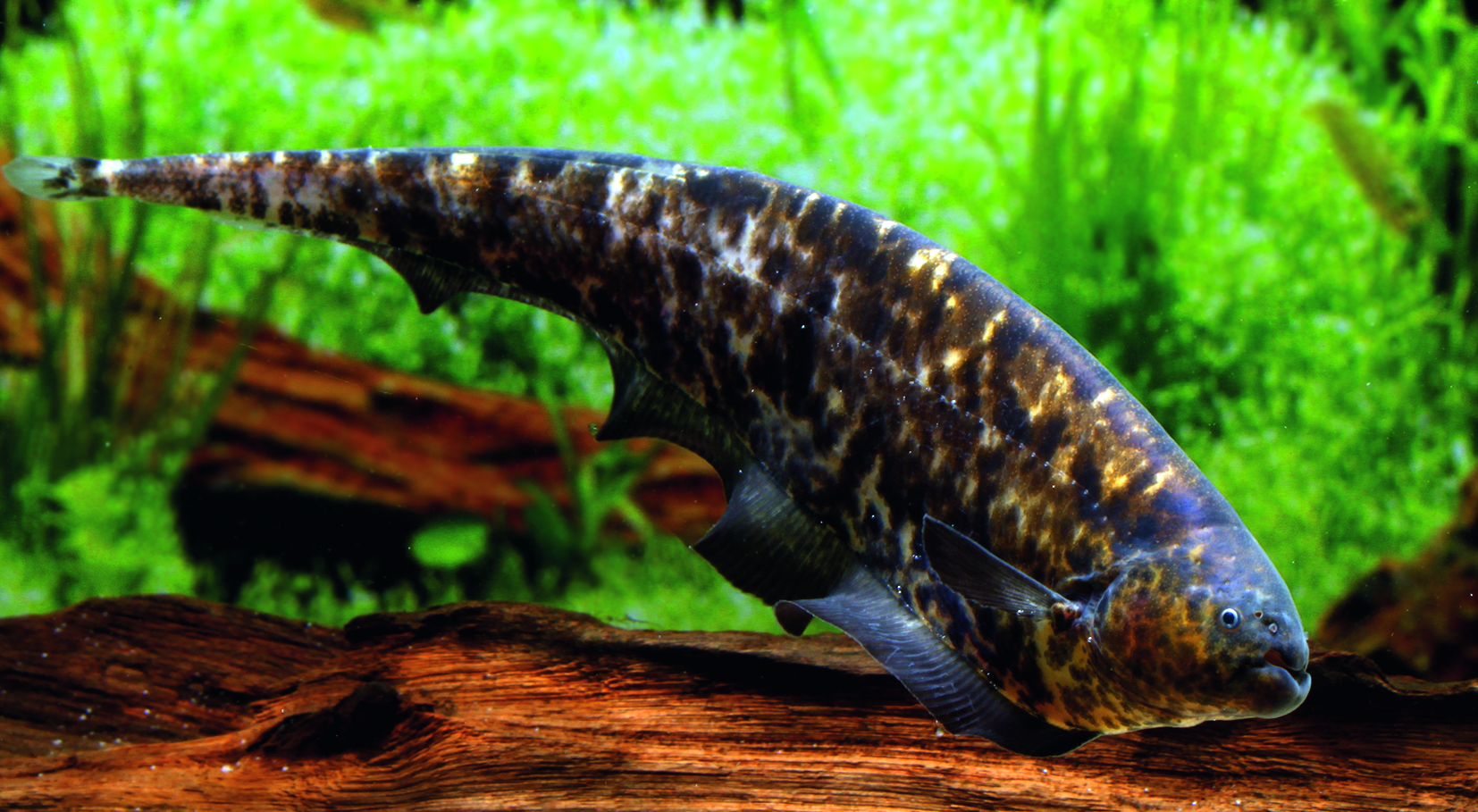 Compsaraia samueli
This knife eel, a member of the family Apteronotidae, is probably the most bizarre of all the New-World knifefishes. Many Apteronotidae develop distinct sexual dimorphism, in that with the onset of sexual maturity the males develop a much-elongated snout or undergo other changes in the head region; in addition the males often grow larger than the females. The differences are so considerable that they have often led to double descriptions because male and female were thought to be different species. The males of Compsaraia samueli develop such long jaws that one cannot help but wonder how they manage to feed at all! Were this fish a cultivated form rather than a natural species, it would undoubtedly be regarded as a case of animal cruelty by so-called animal protectionists. This prolongation of the jaws is used by the males during mock battles. Two males face one another, open their mouths wide, and push each other to and fro with their jaws, very much like deer during the rut. Unfortunately we know very little else about this knifefish, which attains a length of around 20-25 cm. One has to wonder whether the females are in some way impressed by the “luxury-model jaws” of the males. Only extensive aquarium observations can answer this and further questions. Unfortunately to date only a very few specimens of the species have reached Europe, although it occurs in the immediate vicinity of Iquitos and is by no means uncommon there. A specimen of an identically colored species of the genus Sternarchella reached Aquarium Glaser as a bycatch with the Compsaraia samueli. Could this be a case of mimesis in knife eels, ie species that mimic one another? And what could be the purpose of such a mimesis? Again, only aquarium observations can provide answers to such questions. Adontosternarchus nebulosus The genus Adontosternarchus also belongs to the Apteronotidae. It currently contains five species, one of which, A. nebulosus, wasn’t described until 2007. These species are generally of moderate size, rarely exceeding 20 cm total length. In this genus the males remain somewhat smaller than the females and the differences between the sexes are nothing like as eye-catching as in other species of the family. On the other hand, Adontosternarchus have an attractively marbled pattern. The coloration is speciestypical and serves as an important character for distinguishing the different species. These knife eels are fairly tolerant of one another, so group maintenance should at least be tried.
When keeping New-World knifefishes there are a few fundamental rules that should be observed. Firstly, never forget that these are weakly electric fishes; it has proved very beneficial to offer PVC pipes as hiding-places, as these at least partially shield the electrical fields so that the fishes don’t get on one another’s nerves.

Moreover, of possible live food should be offered at least during the acclimatization period. Bloodworms and Tubifex are particularly well suited. Even if the food animals creep into the substrate (which should ideally consist of sand in knife-eel aquaria), the knife eels can detect them using their electroreceptors and capture them. Small food fishes are the best option for species with prolonged snouts. The chemical composition of the water is of rather secondary importance, even though soft and slightly acid water predominates in the habitat of the majority of species. Particular attention should be paid to the tip of the tail, a favorite target for biting during intraspecific skirmishes. In fact knife eels possess an astonishing ability to regenerate and can even recreate large parts of the tail (more than half the body length!) in the event of loss; but fungaland bacterial infections of the tip of the tail are, however, very poorly tolerated and can lead to the death of the fish.All in all the New-World knifefishes are highly interesting fishes. It is greatly to be wished that they should be kept more often! 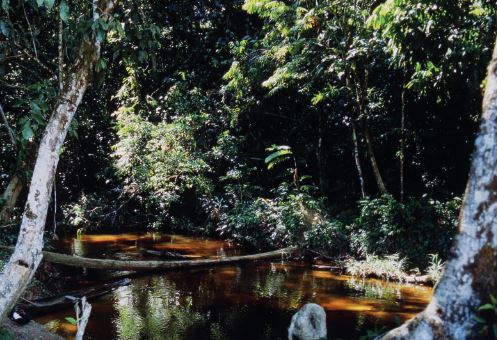