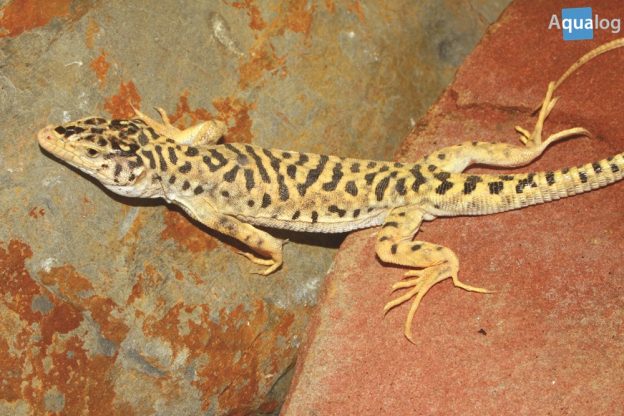 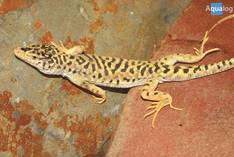 The racerunner lizards (genus Eremias) are a species-rich and very successful group of lizards, with 33 species known, two found in Europe and the rest in Asia.

The genus was formerly even more extensive, but nowadays the African species are regarded as belonging to other genera.

Racerunners in the terrarium hobby

Essentially, racerunners are not popular terrarium animals, for a variety of reasons. In the past the two European species at least were common in the trade on account of their local and hence relatively easy availability, but nowadays, as with all European species, wild-caught specimens can no longer be traded. These species are by no means rare, but are regarded as relatively threatened. In addition these two species of racerunner have nothing to offer in the way of color, being a relatively unremarkable yellowish- or gray-brown.

The bad reputation of these two species (E. arguta and E. velox) in the hobby is also responsible for hardly anyone bothering with the other species. But that may now change with the successful importation of E. przewalskii by Tropenparadies in Oberhausen. As anyone who sees these splendid lizards can’t help but say “wow”! And the first maintenance experience has been completely positive!

Of course at present, only a few weeks after the first importation, it isn’t possible to say anything about long-term maintenance, but so far these splendid lizards have proved exceptionally robust.

Feeding is generally no problem, as all the usual food insects are enjoyed. The food requirement is, however, comparatively high and they need to be fed daily during the active phase.

One must, of course, take a few special points into account. These include the fact that racerunners obtain a large part of their moisture requirement via their skins. They will generally also drink from water dishes, but that isn’t enough. Although racerunners often originate from bone-dry areas, the soil where they make their hiding-places is always slightly damp, and it is from this soil moisture that the lizards take in the liquid they require via their skins at night.

Eremias przewalskii has a huge distribution in northern China, Russia, Mongolia, and the Tuva Republic, where it is regarded as very common everywhere. Along with the toad-headed agamas (Phrynocephalus), racerunners are so common that they are among the most important prey animals for many birds and small mammalian predators. Within its distribution E. przewalskii varies considerably in its coloration (see Orlova, 1992). But one thing is the same everywhere: the species is found practically invariably on soft sandy soil and at night the temperature drops considerably throughout its entire distribution. 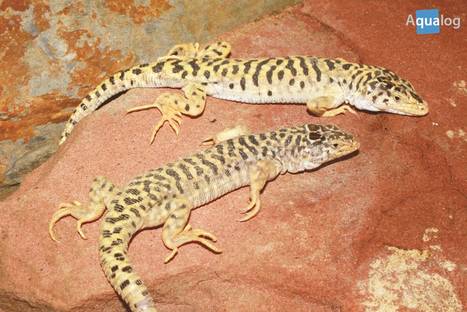 Translated into practice in the terrarium, this means that an adequately deep (8-15 cm) substrate of sand should be provided in order to permit the bottommost layers to remain permanently slightly moist. Eremias przewalskii digs enthusiastically, and will create abundant burrows if the sand is suitably moist. For this reason it is important not to place any heavy rocks on the surface of the substrate, as these are bound to be undermined and, if you are unlucky, the lizards will be buried beneath them. The substrate humidity is correct if the terrarium, viewed from above, looks completely dry, but the racerunners have particles of damp sand sticking to them when they come out to sunbathe in the morning.

The second important point: a typical terrarium room is unsuitable for housing a racerunner terrarium, as the temperature doesn’t drop much at night there. Ideally the temperature should drop to at least 10 °C at night. By day the temperature can rise to between 25 and 35 °C, and even higher beneath the lamp. Fluctuating temperatures correspond to conditions in the wild and should always be simulated. It is also permissible to simulate a day or even a week of bad weather. In summer the terrarium can be placed in the open air (but sheltered from the rain!). In winter racerunners require a three-month winter rest at a temperature below 10 °C.

Eremias are not in the least tricky if maintained in this way, and their lively behavior will give their owner a lot of pleasure. 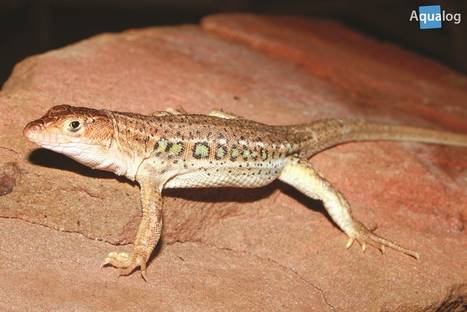 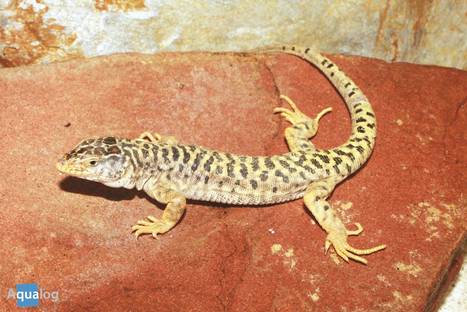 Ideally reptiles should be kept singly, as they are not social animals. But Eremias species are astonishingly tolerant towards conspecifics. Maintenance in pairs is normally possible without problem, and the literature includes reports of their being maintained successfully in a group – even with several males. However, you must make sure that no individual is oppressed, and in addition the males can be pester the females a lot.

Eremias species are essentially short-lived and rarely live more than two years in the wild. Hence these lizards are rather prolific breeders. The two species imported by Tropenparadies from Mongolia, E. przewalskii, and the smaller, E. multiocellata (also found on solid ground), are ovoviviparous – in other words, the young hatch at the moment the eggs are laid. The remaining Eremias species are regarded as egglayers.

Let us hope that the splendid E. przewalskii will become firmly established in the terrarium.

Eremiasmeans “lover of ruderal places”
Phrynocephalusis a composite of phrynus (according to Pliny a type of poisonous frog found in thorn hedges) and cephalus, meaning head.
argutameans “with sharp teeth”
multiocellatameans “with many ocelli”
przewalskii: named in honor of Nikolai Michailowitsch Prschewalski (1839-1888), a noted explorer
veloxmeans “rapid”