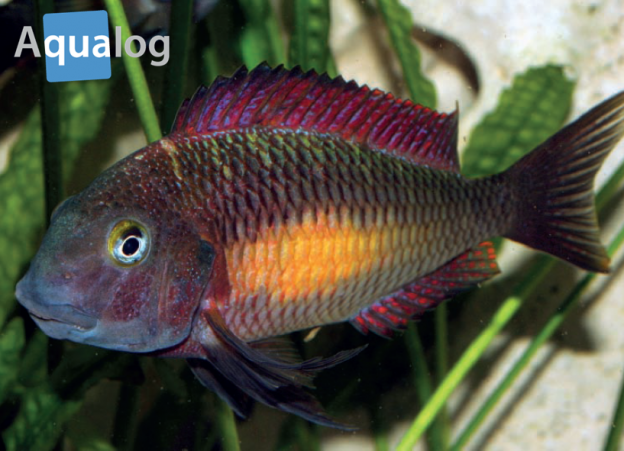 Naturalists can only be glad that the dinosaurs went extinct. Because in an era when people are more inclined to believe in Hollywood fantasies
than the realistic, albeit far from simple, views of science, there would undoubtedly be countless deaths because of the fact that herbivorous saurians were portrayed as peaceful giants in the film Jurassic Park.

This is the result of a very frequently observed linguistic misrepresentation. The carnivores of the animal kingdom are generally associated with the attribute “aggressive”, and herbivores with “peaceful”. But the mode of feeding has nothing whatsoever to do with the potential for aggression in an animal species. For example, the African big game species that kills the most people through its aggressive behavior is not the Lion but the Hippopotamus, which is exclusively vegetarian.

This misinterpretation of animal behavior is probably the result of the fact that in human society some people regard the killing of animals for food as aggressive and morally suspect behavior, while the killing of plants for food is seen as a peaceful and preferable alternative. But this definition of aggressive behavior relates exclusively to predator-prey behavior, or, to put it somewhat more generally, feeding behavior. Other aspects of cohabitation, be it with conspecifics or with heterospecific life forms, are not taken into consideration. Many predatory fishes, for example, are completely peaceful towards both their own kind and other fishes as long as they don’t represent food. Meanwhile some exclusively herbivorous species are regular tyrants in the aquarium, and tolerate neither conspecifics nor other fishes with a similar way of life in their vicinity. Example of these include numerous surgeonfishes (Acanthurus) in the marine aquarium, and in the freshwater aquarium the lovely mouthbrooders of the genus Tropheus from Lake Tanganyika in Africa.

Although a some species of this genus are among the most popular cichlids from the great African rift lakes and one form or another is almost always available in the aquarium trade, no generally accepted popular name has been established for these fishes. As in the case of the Platy (Xiphophorus maculatus), whose popular name is an abbreviation of the older, now invalid, genus name Platypoecilius, aquarists discussing Tropheus cichlids refer to “Moorii” (for Tropheus moorii) or “Duboisi” (for Tropheus duboisi). There are probably some 13 species of Tropheus in Lake Tanganyika, divided into around 120 known subspecies or local variants (Schupke, 2003). But only six species have been scientifically described (Tropheus annectens, T. brichardi, T. duboisi, T. kasabae, T. moorii, and T. polli). One of the loveliest is undoubtedly the Tropheus from Kasanga (in the far south of Tanzania), which doesn’t belong to any of the species described to date.

All Tropheus feed on aufwuchs. The word aufwuchs is German in origin and refers to the multitude of micro-flora and -fauna found on the surfaces of underwater objects – in the wild usually stones, wood, and aquatic plants. The bulk of the aufwuchs in the habitat of Tropheus consists of small algae. Tropheus are found on sunlit rocky shores, where they are usually seen in large groups, although things are far from peaceful in these groups. The fishes are constantly engaged in territorial squabbles or exhibiting courtship behavior, which itself isn’t exactly all sweetness and light. It isn’t easy to give a rational explanation of this high inclination towards aggression, as food is not only in short supply but also rather nutrient-poor. So it isn’t actually very sensible to immediately invest hard-won energy in exhausting battles. But Nature doesn’t function so simplistically. Because Tropheus are commonplace cichlids of the rocky littoral and found all over the lake, their behavior is quite obviously a successful survival strategy – and that is all that matters.

Constantly on the move

There is always something going on in an aquarium with Tropheus. These fishes are hectic swimmers. And dominant males are extremely colorful. Juveniles and females of Tropheus sp. “Kasanga” are noticeably differently colored to males. While juveniles continue to enjoy a sort of immunity because of their age, the females develop an order of rank among themselves. For many aquarists this picture of a lively, very colorful community, in which there is constantly something going on, is the motive for becoming involved with the maintenance and breeding of Tropheus in the aquarium. But it may also possibly explain why the high potential for aggression in Tropheus has proved favorable in the course of their evolutionary history. As Tropheus are so-called agamous maternal mouthbrooders. That signifies that males and females do not form any long-term pair bond and the females alone are responsible for brooding the eggs in their mouths.

An attempt at an explanation

A male in full color is exhibiting dominance behavior. He is saying, “I am strong and invincible”. Every other male is a potential rival to be driven away. Subordinate males exhibit noticeably duller colors or even assume female coloration. A female is thus well advised to seek out the most colorful male as a mate, as he will pass on good genes. When a female approaches such an alpha male, then he interprets this as willingness to spawn. If, however, the female is not ready to mate, then the male will see the female as no more than a competitor for food, and to be driven away. Females in turn fight among themselves for the best feeding sites, as they are prevented from feeding during the time when they are brooding eggs in their mouths. Only those that have managed to eat their way to a good energy supply prior to breeding will be able to withstand the demands of the mouthbrooding period. 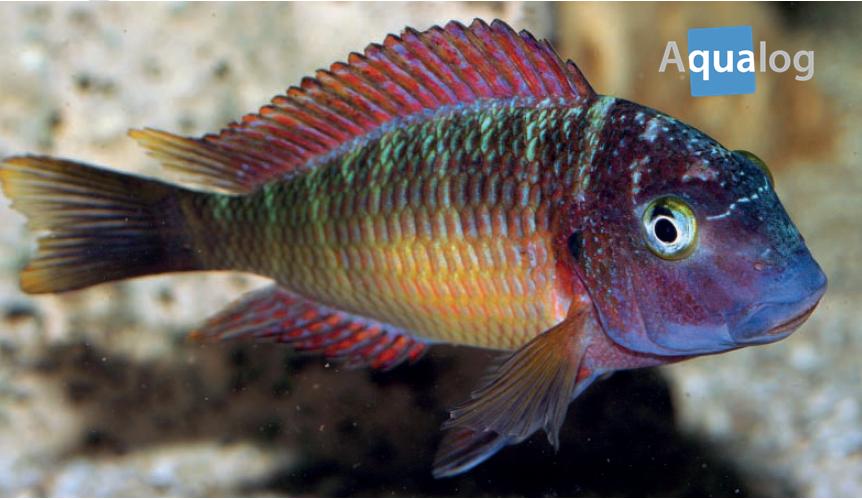 Kasanga in the aquarium

The high tendency to aggression in Tropheus and their urge to keep moving necessitate a large tank. This is also necessary because Tropheus are best kept in groups of 10 or more individuals, so that the aggression is spread and the battering received by each fish reduced to some degree. A nutrient-poor diet, rich in roughage, is important, as otherwise sooner or later the fishes will become obese or suffer diseases of the digestive tract. Tropheus – and T. sp. “Kasanga” is no exception – require water that contains as little as possible in the way of metabolic wastes and has a low germ-count, as otherwise they won’t show their attractive colors. The filtration must be designed accordingly. And Lake Tanganyika is rather warm, so don’t skimp on the heating – 26-28 °C is best. Anyone willing and able to provide these conditions will get a lot of pleasure from an aquarium populated with Tropheus sp. “Kasanga” and be able to make lots of interesting observations.

Note that fishes of other species are usually of no particular interest to Tropheus. It is nevertheless not very advisable to keep other species in the Tropheus tank, as in the long term the constant hectic activity will drive quieter species to the wall. In addition species that feed on small organisms, for example the Lamprologus assemblage, are difficult to feed as the fast-moving Tropheus are very quick to take the Lamprologus food, which in any case is unhealthy for Tropheus. The most suitable tankmates are goby cichlids (genera Eretmodus, Spathodus, and Tanganicodus).