The equation suggested in the title – small fish = small aquarium – doesn’t always apply. Sometimes small fishes require larger aquaria than big fishes. But in the case of the dwarf or coral gobies the equation is absolutely correct!

It is generally recommended that beginners in the wonderful marine aquarium hobby should start with an aquarium with a volume of 100 liters of more, larger will do no harm; on the contrary, the bigger the better. This is based on the greater stability of the water in larger aquaria. From a purely chemical viewpoint that is, of course, nonsense. A liter of water is just as stable or unstable as 100 liters of water. 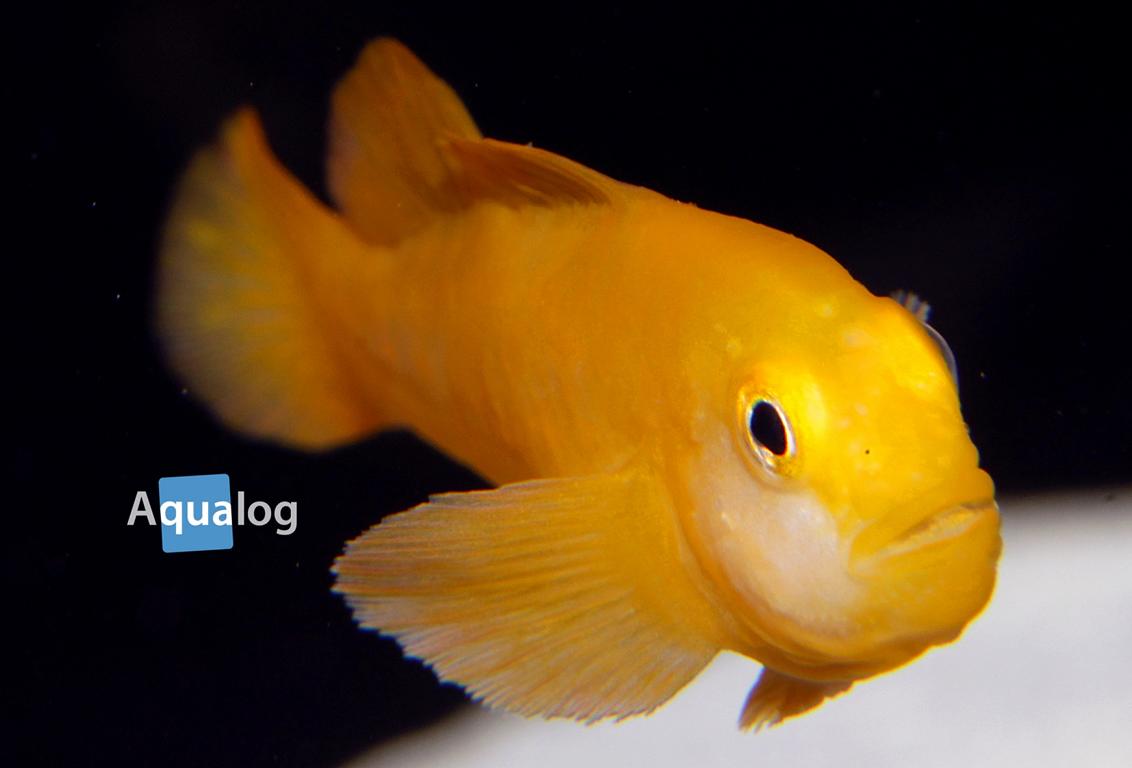 But there are three typical beginners errors. Firstly, too much food because the fishes keep on begging and so are probably hungry. Secondly, the aquarium becomes overpopulated. And thirdly, no regular partial water changes are performed because the water still looks clean. In the case of all three errors a large amount of water has a beneficial effect, as a bit of dirt in a lot of water has a lot less effect than the same amount of dirt in a small amount of water. But once you are past the novice stage and have gained experience in the tricks of the trade, then there is no longer any reason not to set up one or more small aquaria containing 10 – 30 liters of water. After all, large aquaria have one huge drawback: small creatures tend to disappear in them, never to be seen again!

Coral gobies
This danger doesn’t necessarily apply in the case of the coral gobies of the genus Gobiodon. But they have a number of features that make it more interesting to keep them in special aquaria rather than in a large reef aquarium. There are a lot of species: 27 are currently accepted as valid, and a number of others are still awaiting scientific description. Virtually none of them grows significantly larger than 6 cm, and the majority usually attain just 2-3 cm in length. Despite their small size they are rather confident fishes, sometimes little short of bold. This is because they possess a poisonous skin mucus that apparently tastes really horrible. As a result these little gobies have virtually no predators. In addition they live with stony corals of the genus Acropora, among whose branches they find shelter. This is broadly comparable to the symbiosis between clownfishes and their anemones. In the wild some Gobiodon species even have a species-specific link with particular Acropora species. 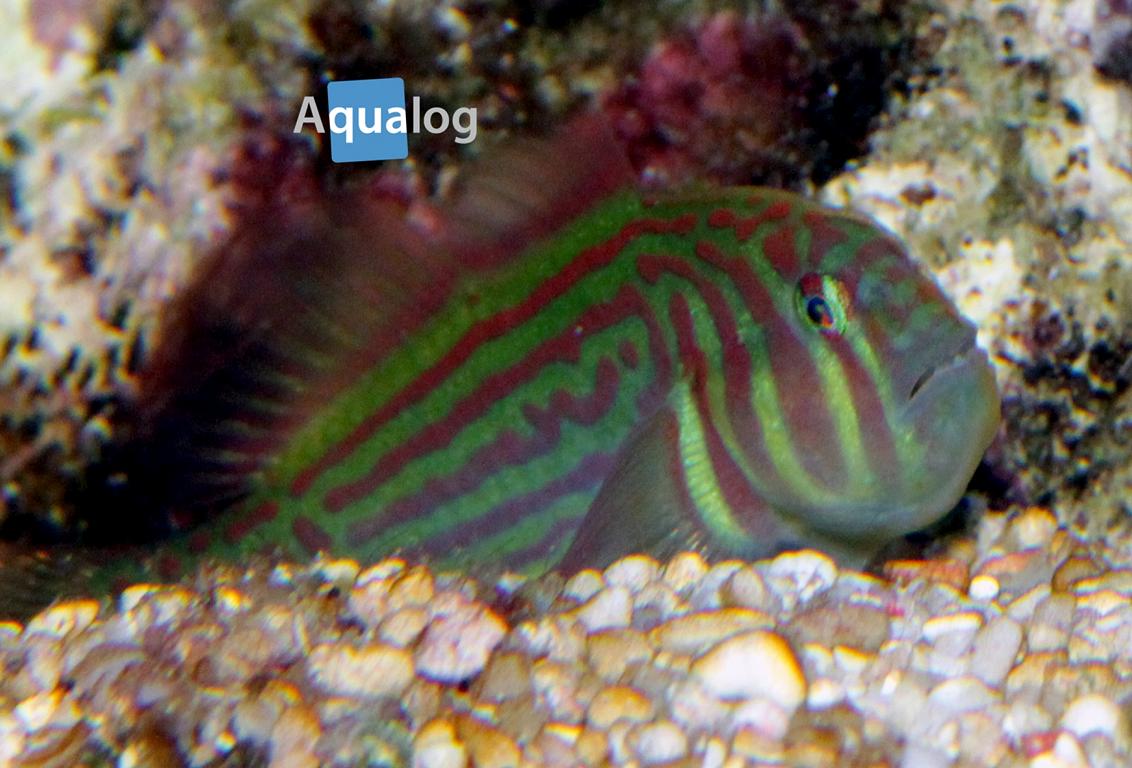 Identifying the species is difficult!
Telling the Gobiodon species apart is exceptionally tricky, as fundamentally the species differ only in their coloration and that changes in the course of their lives.Hence it is best to acquire a pair right from the start, if possible, as it may prove very difficult to buy another individual of the same species or population at a later date. And that would be a pity, as Gobiodon species will even breed in the aquarium. The sexes aren’t very difficult to tell apart in individuals of the same age, as males grow larger and have a bulkier head. Males of G. okinawae also have white cheeks. Because coral gobies, like so many reef fishes, can change their sex, any two individuals will almost always develop into a pair. 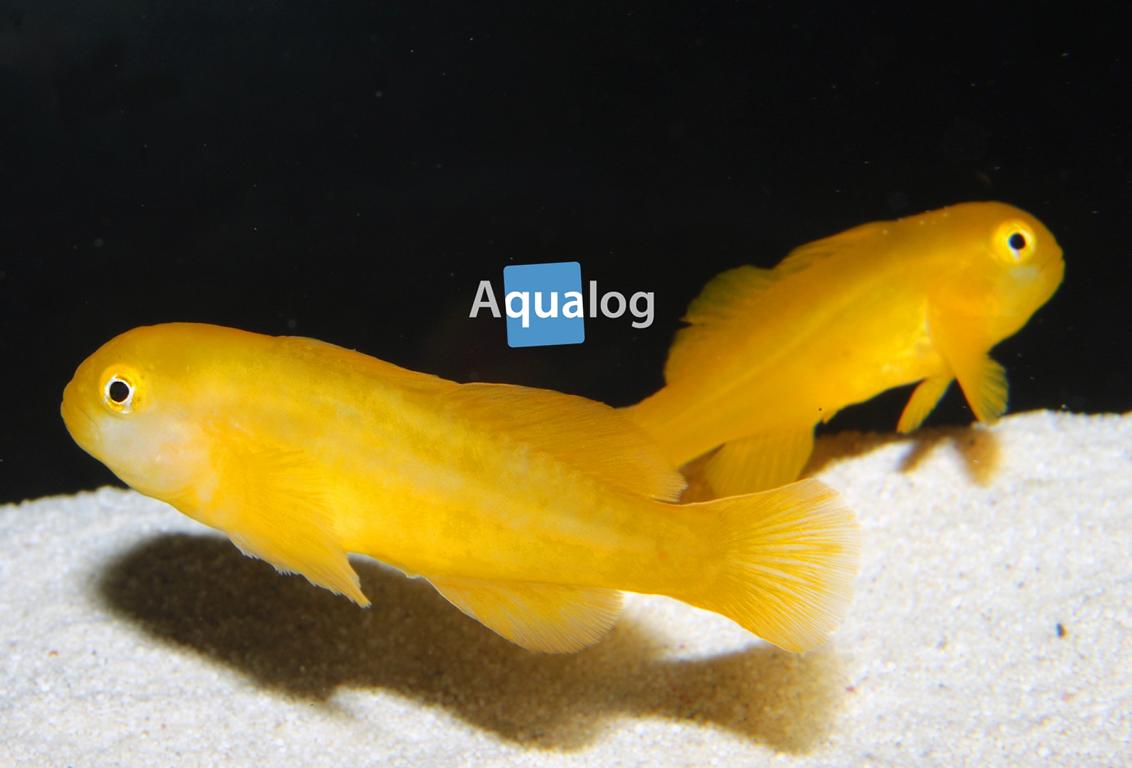 Cleaning causes damage
Such a pair will, of course, also be a real sight to see in a large reef tank. But unfortunately Gobiodon can’t be recommended unreservedly, at least not for stony coral aquaria, as there is the associated small problem that they like to snack on the occasional polyp. That isn’t too serious as Gobiodon enjoy dry and frozen foods, and are thus easy to satisfy. But coral gobies breed very readily in the paradise-like conditions of the aquarium. And because they are substrate-spawners, to do so they clean a spawning substrate to which to attach their eggs. This spawning substrate is, however, invariably the foot of an Acropora, or, if no Acropora is available, that of another stony coral. The coral in question may be so badly damaged in the process that it doesn’t open any more and may even die. But removing the tiny gobies is then a total impossibility, as in a large aquarium they can be guaranteed to elude every attempt by the stressed-out coral enthusiast to catch them. So for this reason coral gobies are best kept and bred in special small aquaria, where their bad habits won’t be noticeable and their good ones will be seen to best advantage! 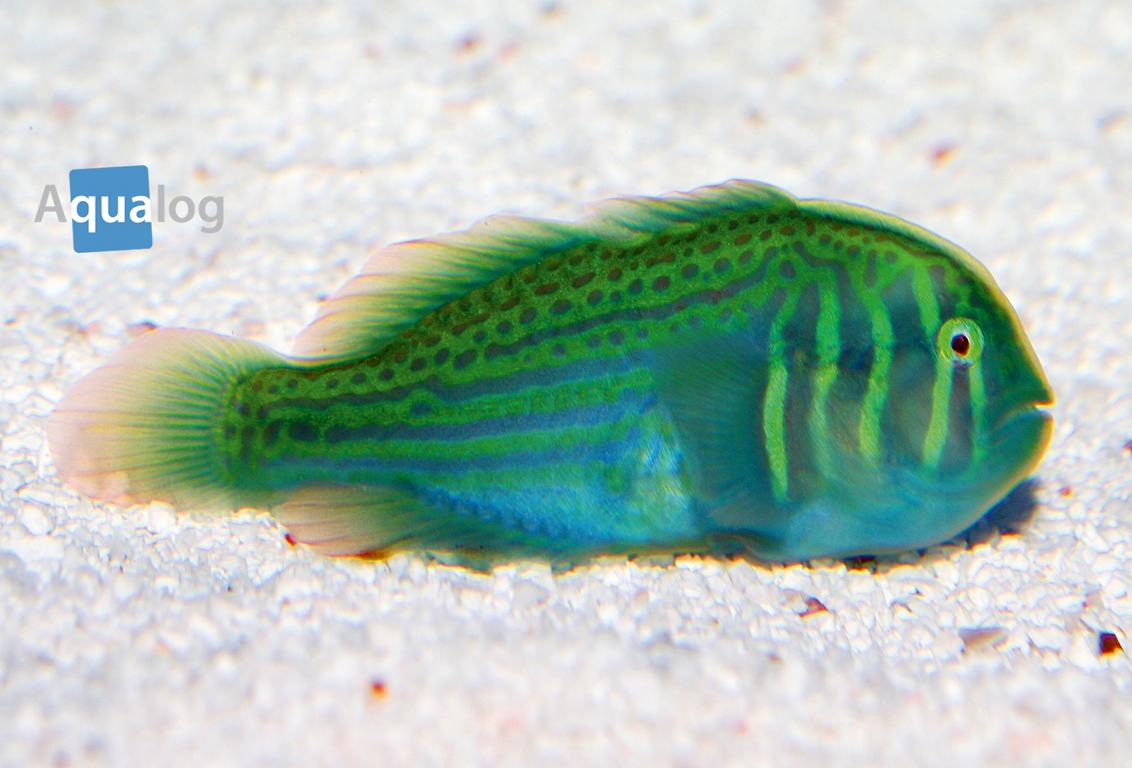