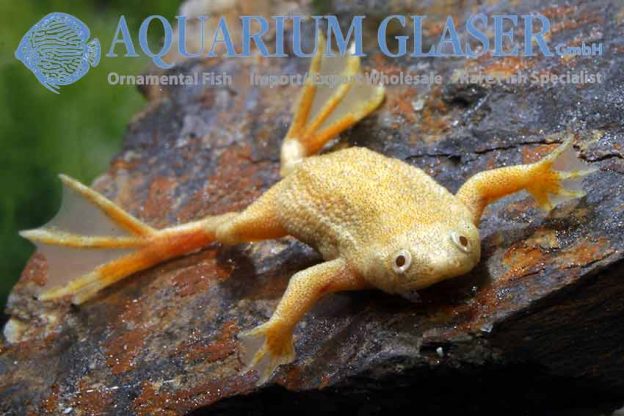 The most popular of all underwater frogs, the African dwarf frog (Hymenochirus boettgeri), has been bred for aquaristics for many years now. It was a matter of time until Albino tribes would appear. Finally, they arrived: truly beautiful sports, aren’t they? 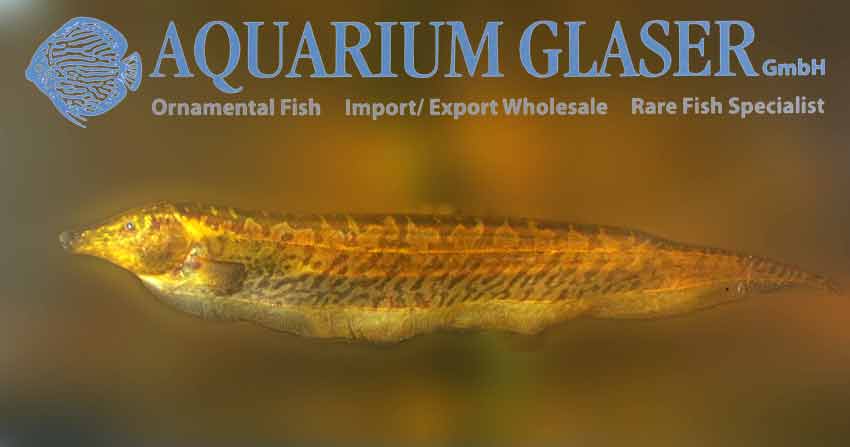 For the first time ever we received an extremely unusual species of knifefish from Paraguay: Rhamphichthys hahni. We obtained three specimens of about 20-30 cm length. Despite the fact that the species has been described in the year 1937 already it has been overlooked by most of the following scientists. The photos posted here are only snapshots of our freshly imported specimens, but due the rarity of these fish we want to present them to you immediately. 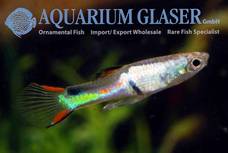 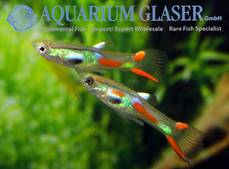 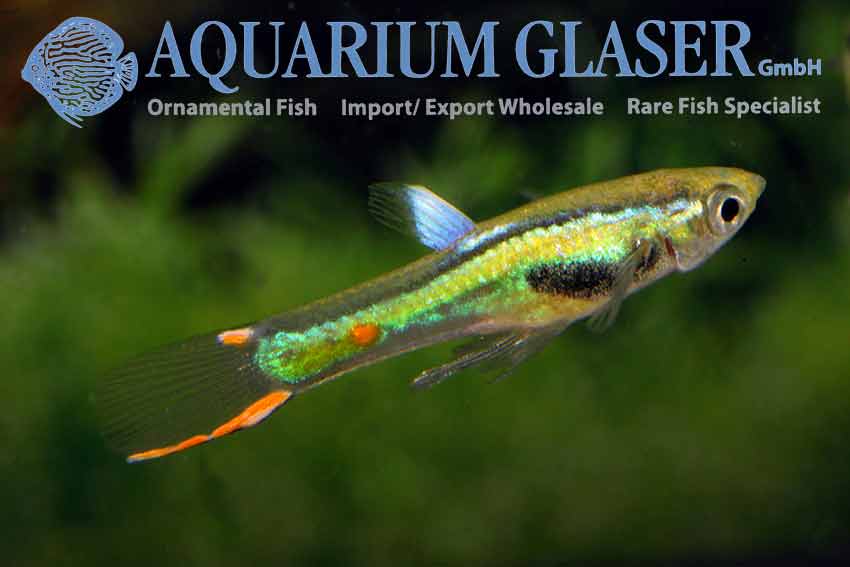 Once more we received new sports of the Endler Guppy from our proofed breeder. “Green” is not only characterized by the green basic body colour, but also by the white flagged dorsal fin. And in “Silverado” a broad, silver-blue area over the posterior part of the body makes the tiny fish look like small electric blue flashes under water! 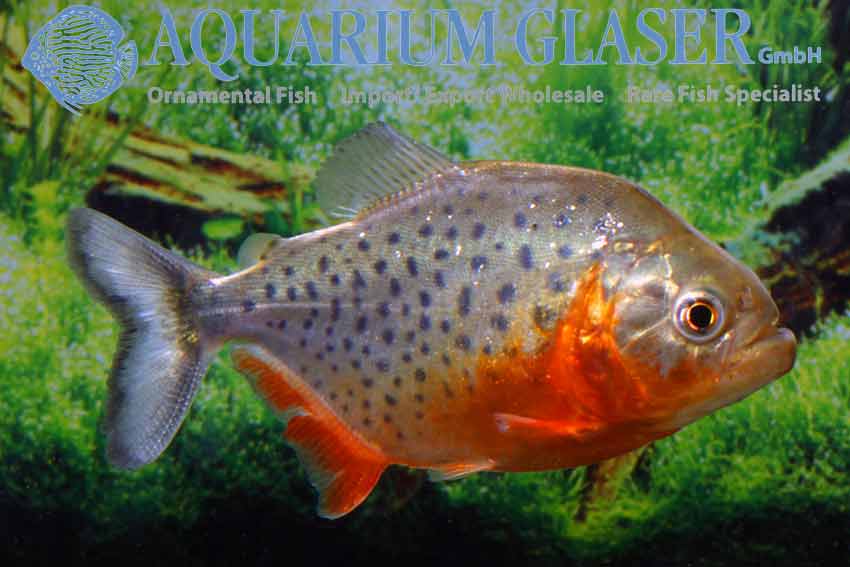 The Red Piranha, Pygocentrus nattereri, is the only species of piranha that is bred on a commercial basis due to the high demand on these fishes in the ornamental fish trade. So it is always available in the shops and almost all of the offered fish are bred ones.

Now we were able once more to import some wild collected specimens of an extremely pretty and colourful local variety of P. nattereri, which we call “Small Spots”. The fish originate from the area around the city of Manacapuru (catchment of the Rio Negro), Brazil. 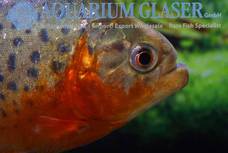 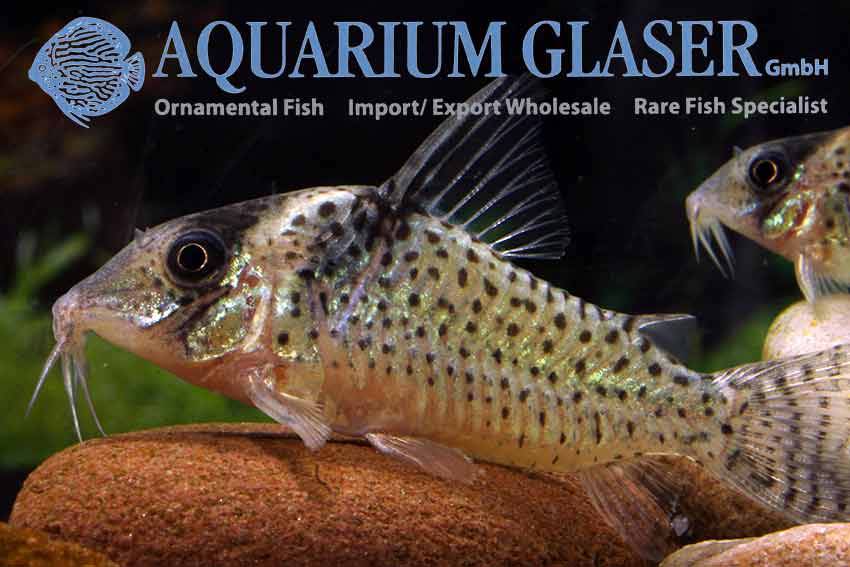 For the first time ever we can offer this beautiful Corydoras. It originates from the Rio Negro basin in Brazil. A bright green shine on the flanks of the body is very obvious, especially when the light falls from ahead on the fish. This species attains a maximum length of about 6.5 cm.