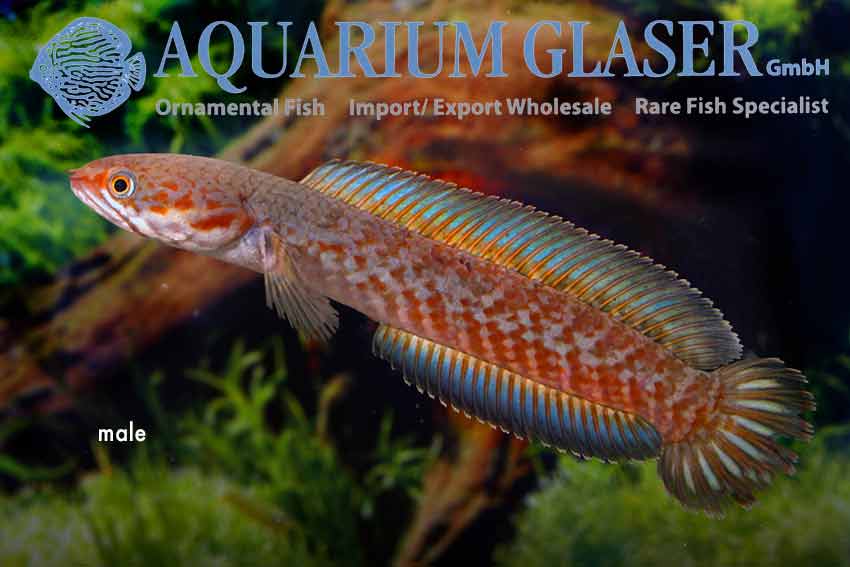 First place
One of the smallest and most colorful species of snakehead has been described recently. Since about 12 years this fish is in the trade under the name of Channa sp. “Blue bleheri”. This mouthbrooding species becomes sexually mature at a length of about 8 cm. In the wild, they hardly ever become larger than 10 cm. Under aquarium conditions they may become exceptionally about 15 cm long.
This species is known so far only from a swamp area in the north of India (West-Bengal / Assam). It can be easily distinguished from most species of snakehead by the lack of ventral fins. The most similar species is Channa bleheri. However, C. bleheri has always large orange-red spots in the caudal fin, which are always missing in the caudal fin of C. andrao.
Females stay smaller and have more red coloration on the body. Thus Channa andrao is one of the few species of snakehead in which the sexes can be easily distinguished. 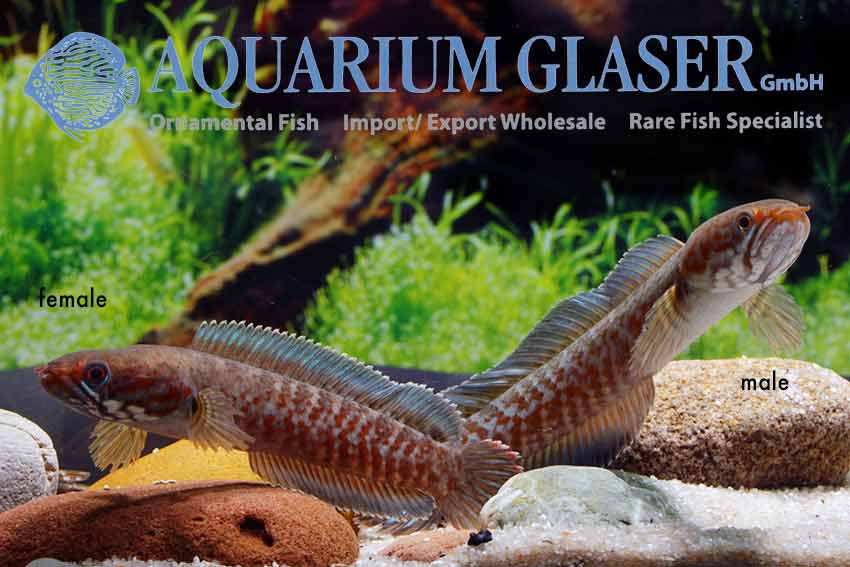 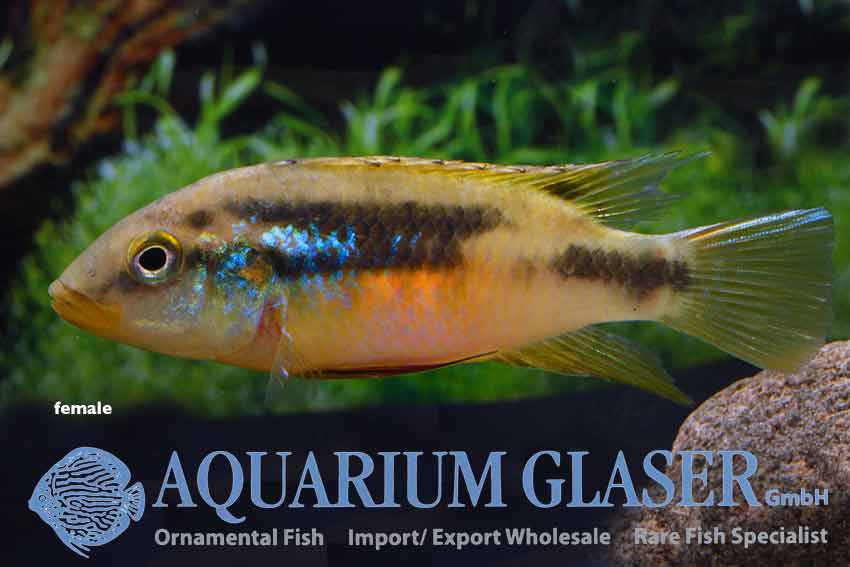 ..goes to the wonderfulBenitochromis finleyi Mungo!
This medium sized cichlid reaches a maximum length of about 12 cm. The very beautiful fish are pair-bonding oviphilic mouthbrooders. 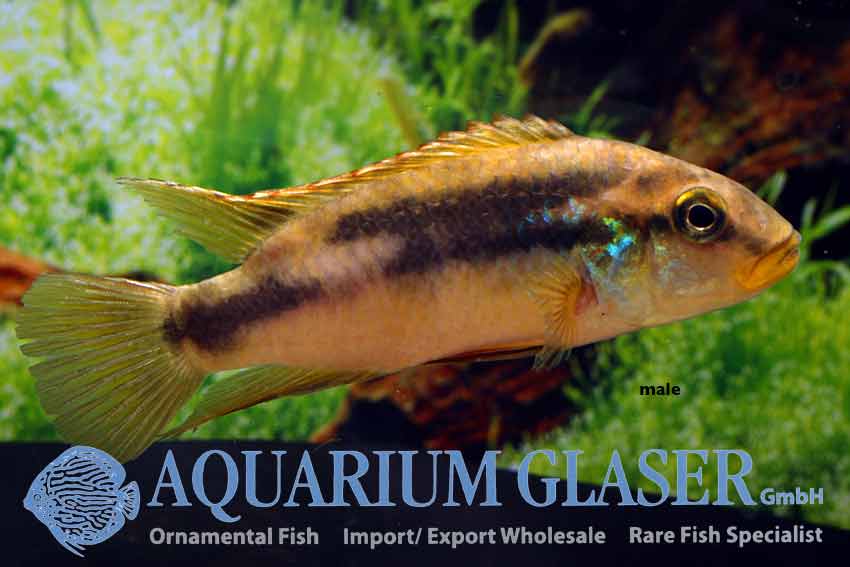 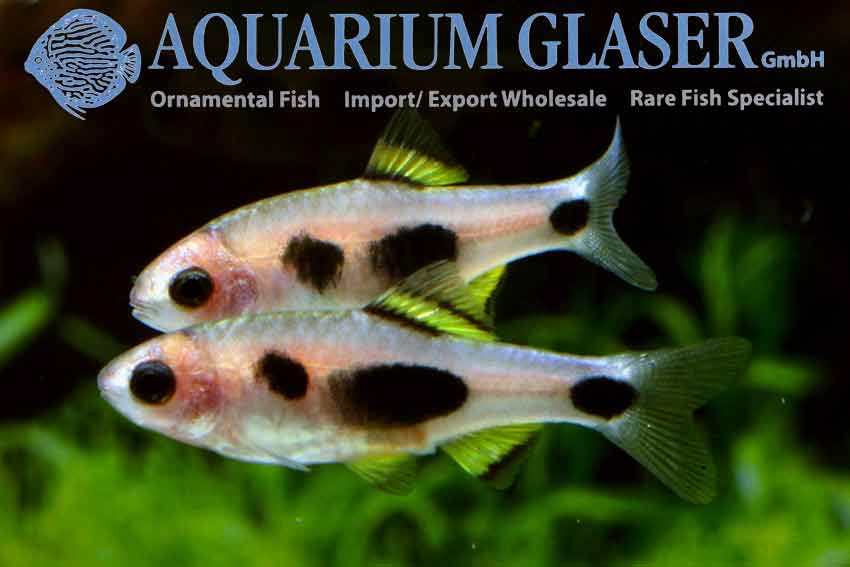 Once more we received a small jewel from the Congo basin. Again, a somewhat larger number of the Butterfly Barb Barbus hulstaerti could be imported, which was lost in the hobby for a long time. The colour variety with the large spot on the side is called “Lompole” after the collection site.
The lively fish reaches 3-4 cm in length and fascinates by its wonderful colours. Males and females can be distinguished by the diffrent coloration of the dorsal fin.

In their area of origin they live in flat, shady and comparatively cool jungle waters. The discovery site data indicate with water values of pH around 6; and a total hardness under 5° dGH no excessive problems for their maintenance.
Due to the complicated political situation in the Congo the availability of wild collected specimens is not secured, therefore ambitious breeders should take care of this swimming gem to secure their existence in our aquaria. 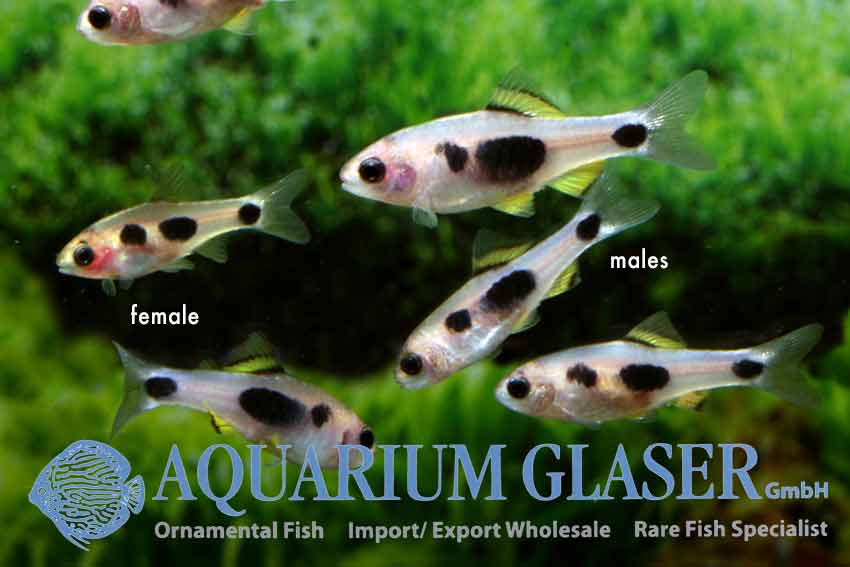 For the first time ever we could import a new species of dwarf bumble-bee goby. This tiny fish becomes only 2 cm long. It cannot be applied to any described species so far. According to our supplier the fish have been collected in Indonesia.
In Brachygobius, one very important feature for determination is the question wether the predorsal region is scaled or naked. This can be easily recognized even on a good photo. Our new fish have a naked predorsal region. In combination with coloration and origin this makes it very likely that our fish represents a species unknown to science so far. 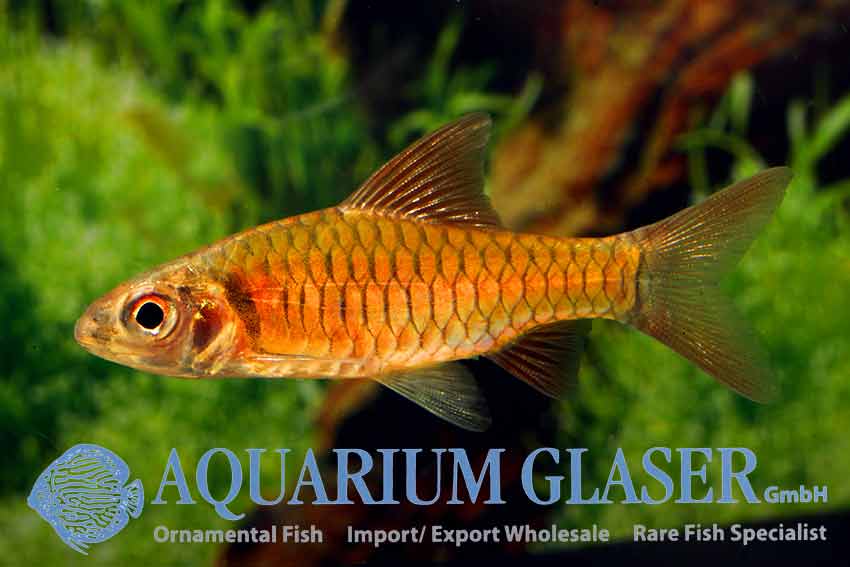 The Copper-red Congobarb is astonishingly only an insider tip among aquarists and even experienced hobbyists often never have heard of it. This beautiful fish attains a maximum length of only 4-5 cm, only in rare exceptions they become up to 7 cm long. These barbs are absolutely peaceful schooling fish.