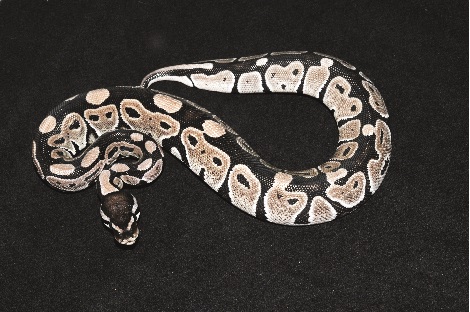 The Royal Python (Python regius) is the most popular giant snake in the terrarium hobby. The species has lots of good points: it doesn’t grow particularly large, looks gorgeous, and is usually rather defensive by nature and hence bites only in exceptional cases.
The wild-colored youngsters that are available year-round at a low price in the trade, are usually so-called farm-bred specimens, mostly from the West African countries of Togo and Benin. By farm-bred is understood eggs collected from the wild and hatched under controlled

Species protection in the Royal Python
Like all giant snakes the Royal Python is protected under international law, under which all Royal Pythons traded in Europe must have an export permit from their country of origin and an import permit from the EU. This procedure, which is in line with the so-called Washington Convention on Endangered Species (CITES), prevents any country from releasing excessively large numbers for export for economic reasons, because without the appropriate import permit the animals can’t find their way into the trade.
The Royal Python is listed in Appendix II of the Washington Convention. This means that it can be traded freely, but each individual must have proof of origin, a sort of personal certificate, from which it can always be ascertained whether it entered the trade legally. In Germany, where everything is always done especially thoroughly, in addition to the need for certification there is usually a legal requirement to declare protected animals, in other words anyone keeping such an animal must notify the relevant authorities. But even German officialdom has realized that this makes no sense in the case of a species as popular as the Royal Python. And so the requirement to notify has been lifted in the case of the Royal Python. But please: always make sure you keep the sales paperwork when you buy one or more Royal Pythons, so that if necessary you can prove that the creatures entered the trade in accordance with animal-protection law. 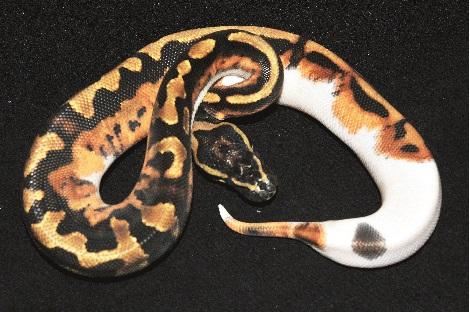 New cultivated forms
These legal provisions also apply to the cultivated forms of the Royal Python discussed here, although they don’t occur at all in the wild and hence are completely irrelevant in the sense of species protection.

Royal Pythons from America
All the specimens presented in this article are captive-bred individuals from the USA, where they have been working on cultivated color forms of reptiles and amphibians for a long time. And if we consider the multitude of color sports that exist already, it has to be said they are doing so successfully! Even so, we should never forget that the Royal Python is an egglaying snake and only a few dozen young per female can be produced each year.

Mutations
A mutation, that is, a sudden change in genetic make-up expressed as external changes in color, occurs only extremely rarely. It is very difficult to quantify that statement, as in the wild color mutants have very little chance of survival, as around 90% of the offspring of an animal die before reaching sexual maturity and specimens with aberrant color are not as optimally adapted to their habitat as normal-colored individuals. Hence color mutants are almost never encountered in the wild. If mutants survive at all in the wild, then they are usually forms exhibiting a loss of color, that is, individuals that lack certain color pigments in their skin as the result of genetic peculiarities. The best-known mutation is albinism, which can occur in almost all animals (including humans). Albinos lack the black pigment melanin, as a result of which the blood in the retina shows through and the eyes look red. Albinism can be variably expressed –sometimes melanin is still produced, but in small quantities. In such cases we speak of albinoid or hypomelanic animals. The eye color is then also light, often blue, but never red. Animals that lack the pigment xanthin, required for yellow or red coloration for example, are termed axanthic. If too much melanin is produced then the entire animal appears black; a notable example of this is the Black Panther. Such animals are termed melanic or melanistic. A mutation involving loss of color doesn’t have to affect the entire animal, but can be limited to individual parts of the body. This is termed a piebald pattern or partial albinism. It is important to be aware that such colors often do not breed true but may be inherited by only some, if any, of the offspring. These are termed “Hets” in the hobby, an abbreviation for “heterozygous specimens” which in turn means simply that they do not breed true. If you are now filled with the desire to keep and breed these color forms of the Royal Python, then your pet dealer can undoubtedly order one or another form for you from a wholesaler of his acquaintance. 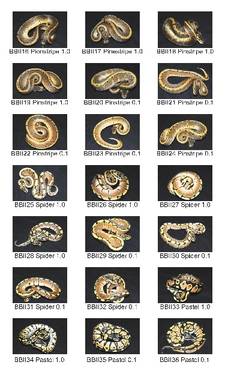 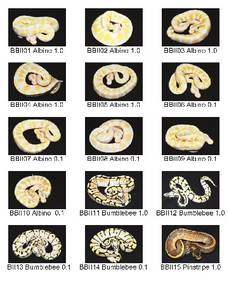