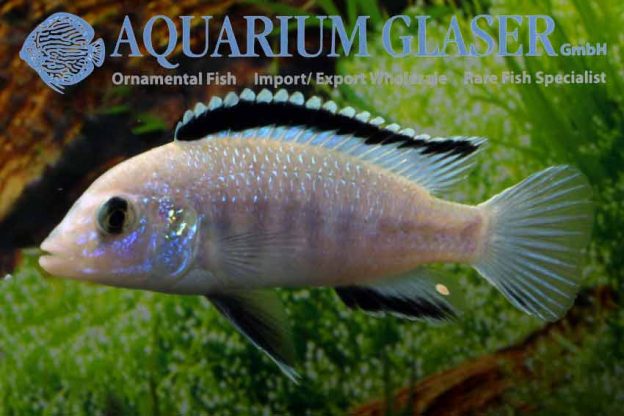 Labidochromis caeruleus is among the most popular cichlids from Lake Malawi. Usually a bright yellow sport of that fish is available in the hobby. Only comparatively recently a white sport of the fish appeared in the ornamental fish trade. It is not an artificial sport, but a variety that is found in the wild. The strange, pearl-white coloration makes this cichlid an absolute enrichment for the assortment of small Malawian cichlids. The white sport does not differ from the well known yellow sport in respect of keeping and breeding. 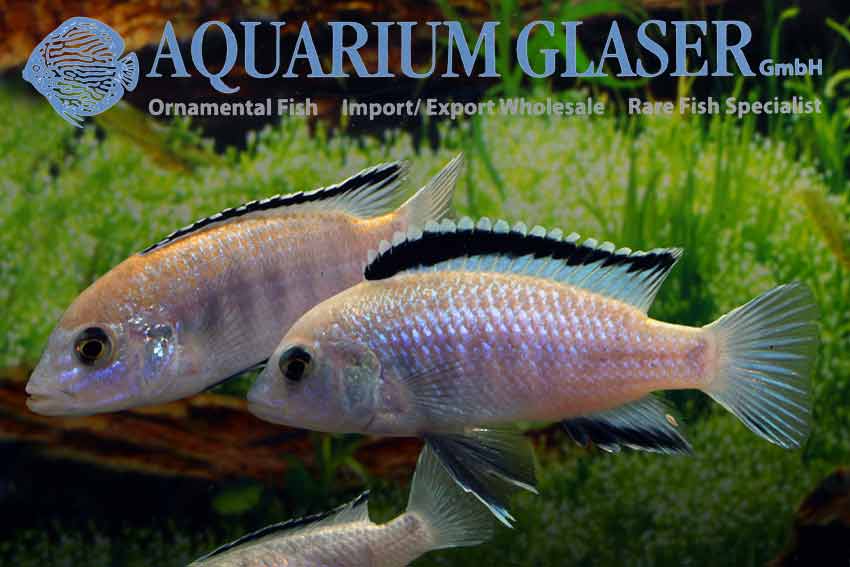 We received a limited number of this extraordinary Corydoras from Venezuela. The overall appearance is very much alike Corydoras brevirostris (formerly known as Corydoras melanistius brevirostris), but CW 27 has a much much higher dorsal fin and the “glowspot” on the nape is much brighter. 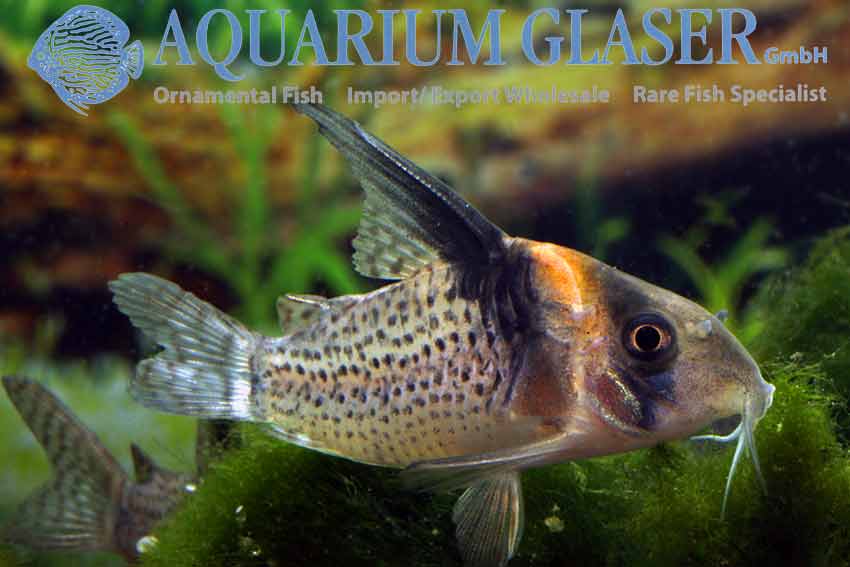 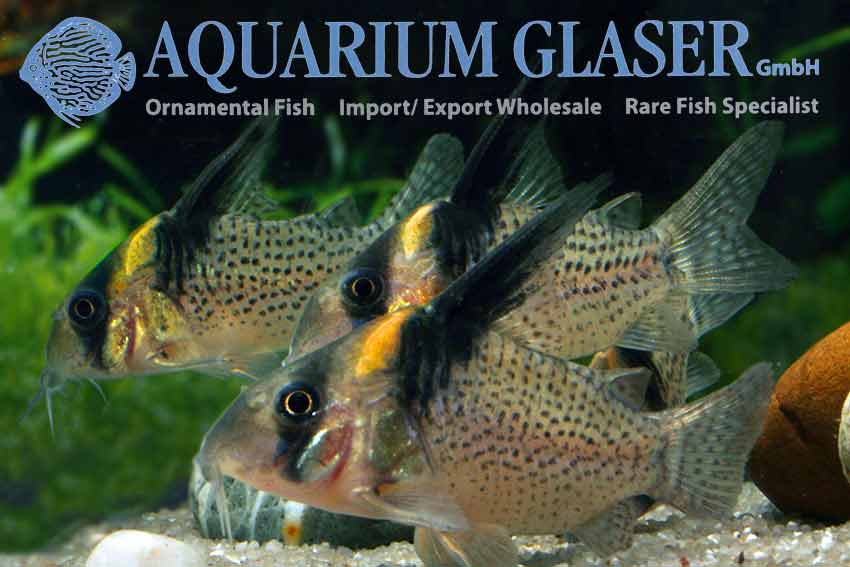 Hillstream loaches are – in general – rather dull coloured fishes. However, there are exceptions and among the most beautiful species are those belonging to the genus Homaloptera. Several, closely related and quite similar species exist. In German they are called “saddle-back loaches”, a commonly used English name is “lizard loaches”. 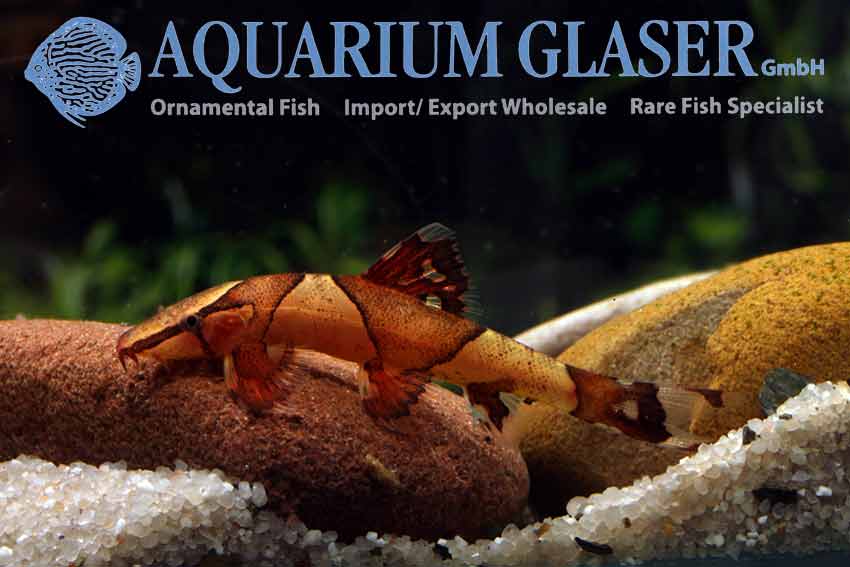 For the first time ever we were able now to import Homaloptera parclitella. This species has been discovered scientifically only in 2005. The species attains a length of about 7-8 cm. It inhabits Malaysia and Southern Thailand. The species is very peaceful, but they do very often harmless comment fights with conspecifics, which are very attractive to look at. A perfect water quality is absolutely necessary for these pretty loaches, otherwise they quickly become sick. So the recommendable species is better suited for experienced hobbyists.

Finally we managed to import again some specimens of this unusual “striped sock” from the Rio Ventuari in Venezuela. The species – there is just the one in the genus Synaptolaemus – was long known under the name S. cingulatus, until Britzki et al. recently discovered that the species described as Leporinus latofasciatus by Steindachner in 1910 was identical with S. cingulatus. Because S. cingulatus wasn’t described until 40 years later, the Principle of Priority applies and the older name must be used in future. 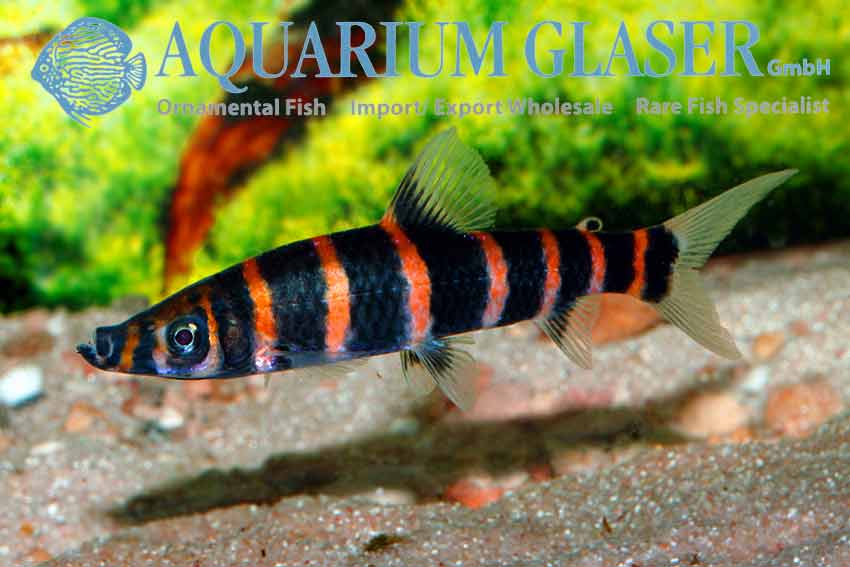 S. latofasciatus is found in the Orinoco, the Casiquiare, the Rio Negro, the drainage of the Rio Tapajos, and the upper Rio Xingu, but it is thought that the species is frequently overlooked and has an even wider distribution. The individual populations may differ somewhat in coloration – the Ventuari fishes have the highest percentage of red in the body rings, those from the Xingu are more yellow – but in general Britski et al. were unable to find any differences that would justify the description of new species or subspecies. 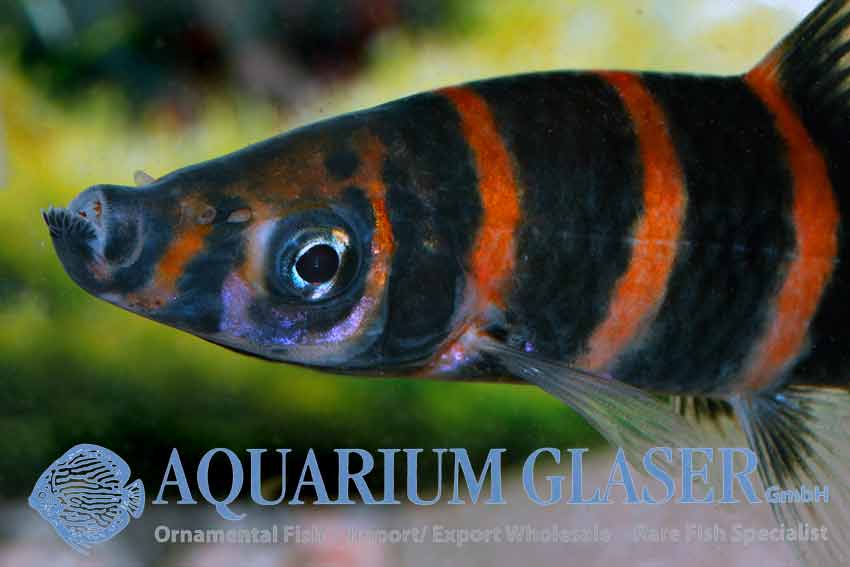 This extraordinary headstander grows to around 10-12 cm long. It is specialized in grazing the undersides of pieces of wood. Like all headstanders the species is somewhat aggressive towards conspecifics, but several specimens can generally be maintained together. We think on the basis of our observations that males are somewhat smaller and daintier than females. These fishes have proved to not be particularly delicate, though the species needs to be kept somewhat warmer than usual, with 24 °C the lower limit of the recommended temperature range. 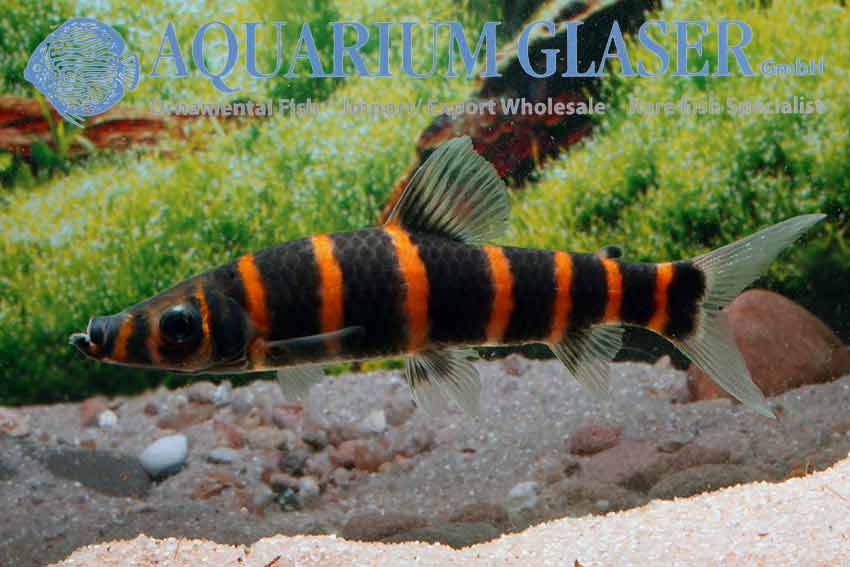 The extremely charming juveniles of the Panda loach are available only a few weeks per year. Obviously this year was a good one for the fish and they have bred very successful, because a comparatively large number of specimens is offered for comparatively low prices. Among the good number of specimens we were able to import this year were – we observe this for the fist time – a lot of aberrant coloured fish. But most of them look like one is used to for the youngsters of this species: black and white rings and a black nose. Fully grown Panda loaches loose this pattern and get a brownish and greyish coloration. The species attains a length of 6-7 cm. 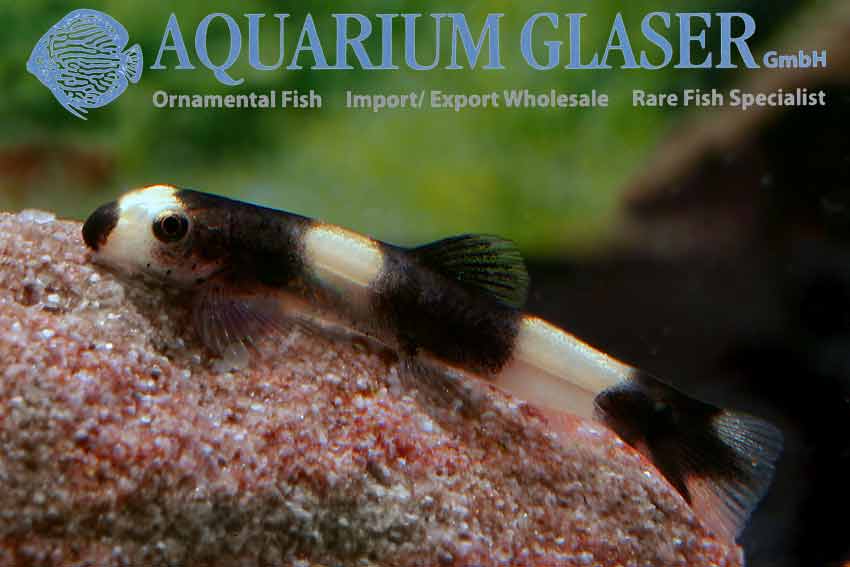 The Panda loach has been placed currently in the new genus Yaoshania, so the full scientific name is now Yaoshania pachychilus. 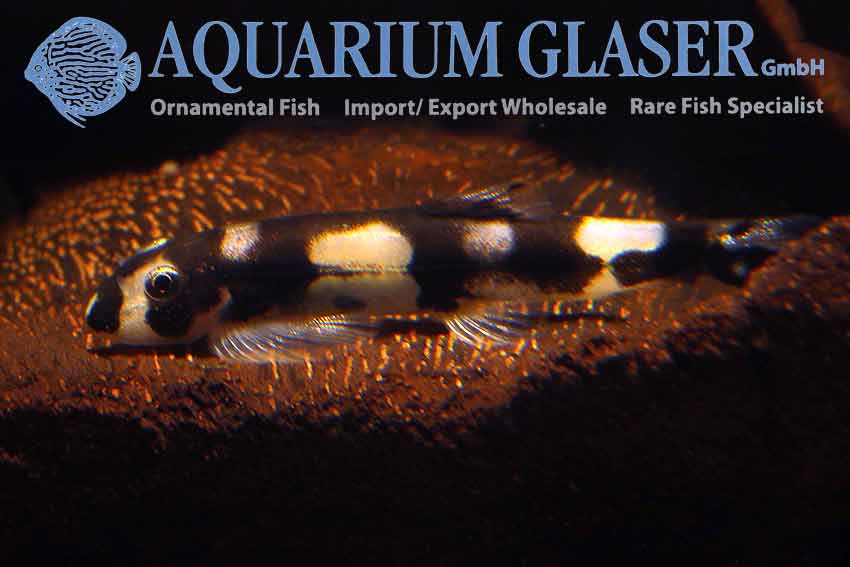