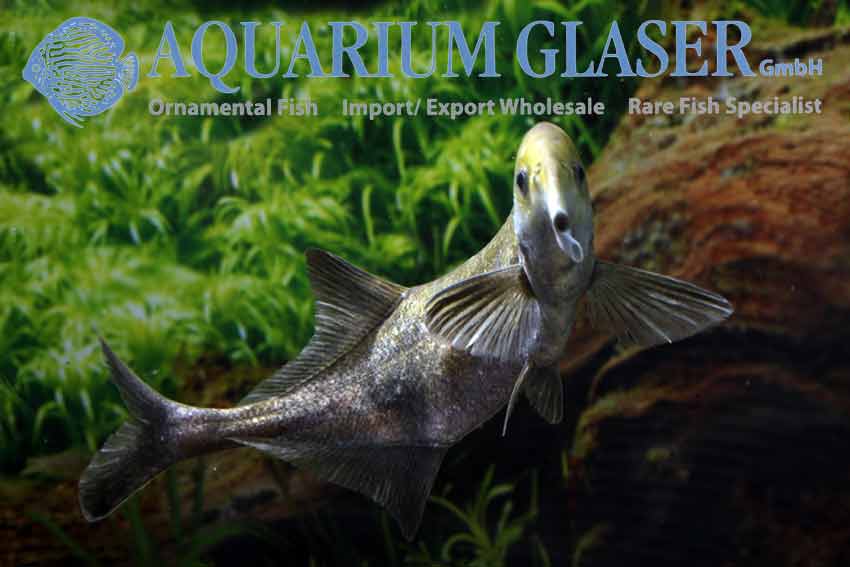 First PlaceCampylomormyrus compressirostris
Currently only very occasionally importations from the DR Congo appear – mainly due to the unsatisfying flight situation. So it is highly appreciated that we finally were able to import some specimens of the bizarre genus Campylomormyrus that bear the common name elephant fishes. Systematics of Campylomormyrus are rather complicated; in all probability our fish belong to the species C. compressirostris which has been regarded as a synonym of C. rhynchophorus for a long time. The species attains a maximum length of about 20 cm. 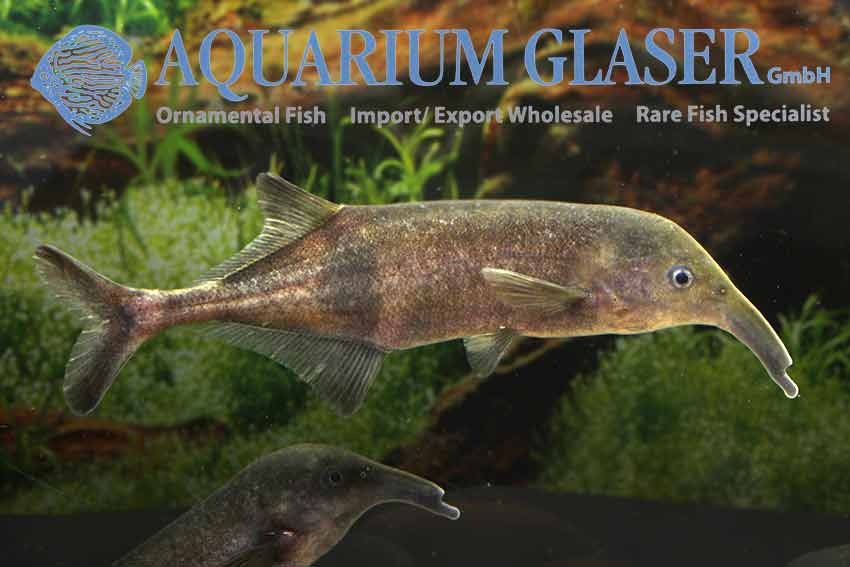 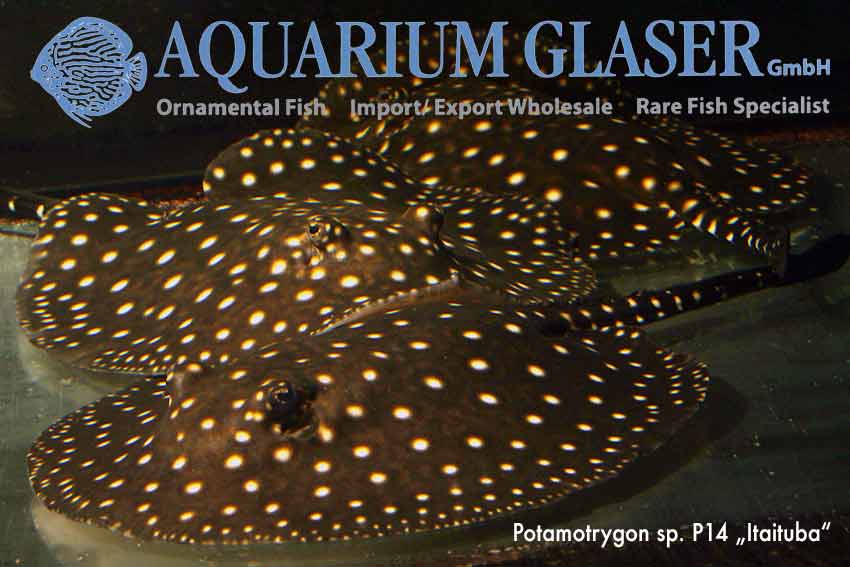 Wether the Tapajós/Itaituba fish belong to the biological species P. henlei or not is under investigation. Hobbyists call them P14. This is a bad decision, for the “real” P14 is a variety of P. leopoldi from the Xingu, but we can do nothing against it.

We are happy that even so special fish as these large-growing black stingrays are (they become at least 30-40 cm broad and need a real lot of space) are bred by specialized breeders and so the wonderful animals stay available – at least in small numbers – for the hobby. 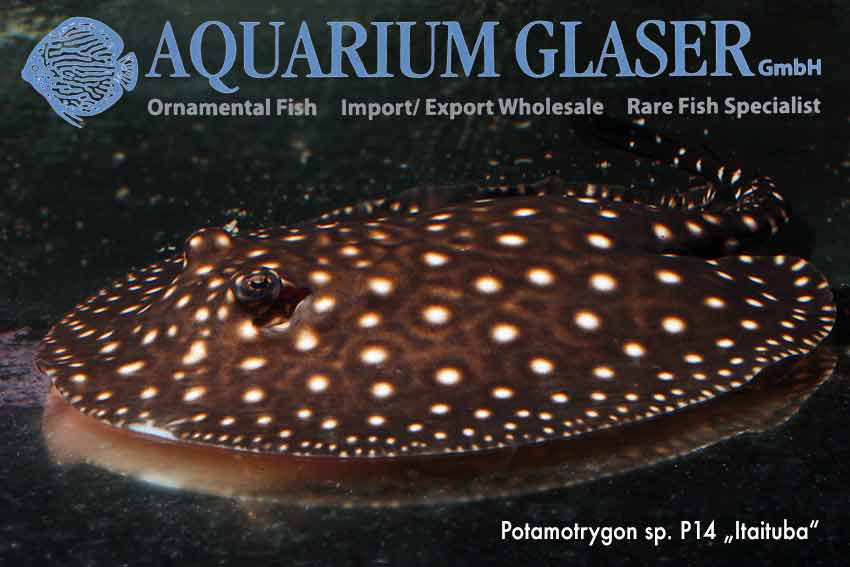 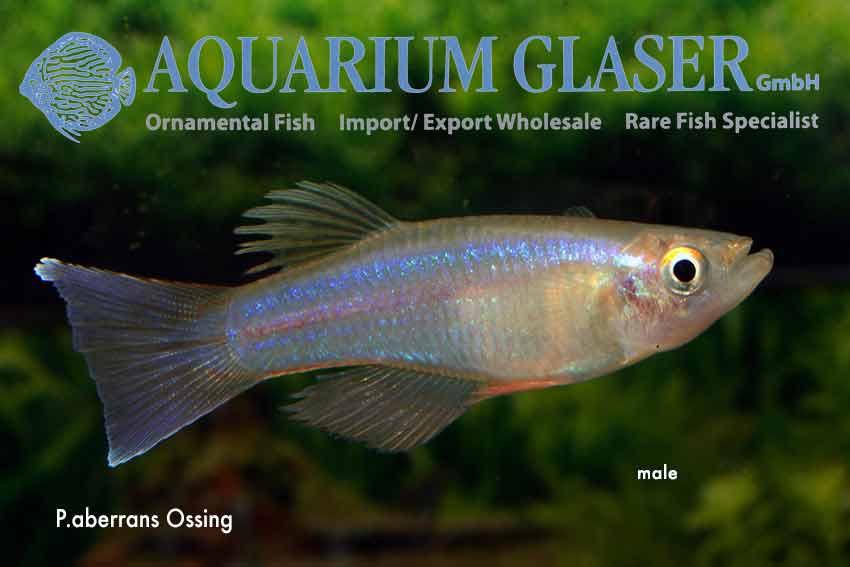 One of the beautiful species of Procatopus which who were able to import from Cameroon, has already been introduced to you: P. similis from Mundemba (http://www.aquariumglaser.de/en/archiv.php?news_id=975). Now two additional species follow: Procatopus aberrans from Ossing and P. nototaenia from Yabassi. The latter is sometimes considered to be an undescribed species by killifish specialists and then called P. cf. nototaenia. 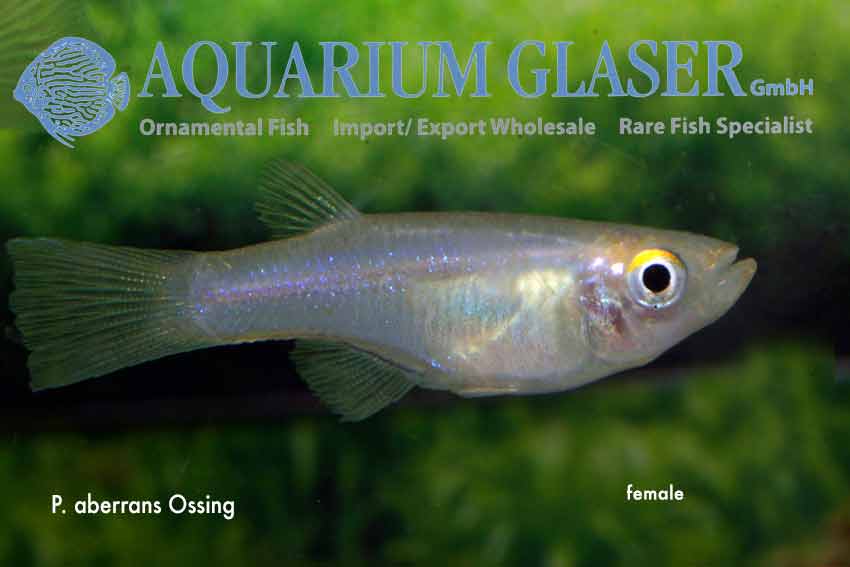 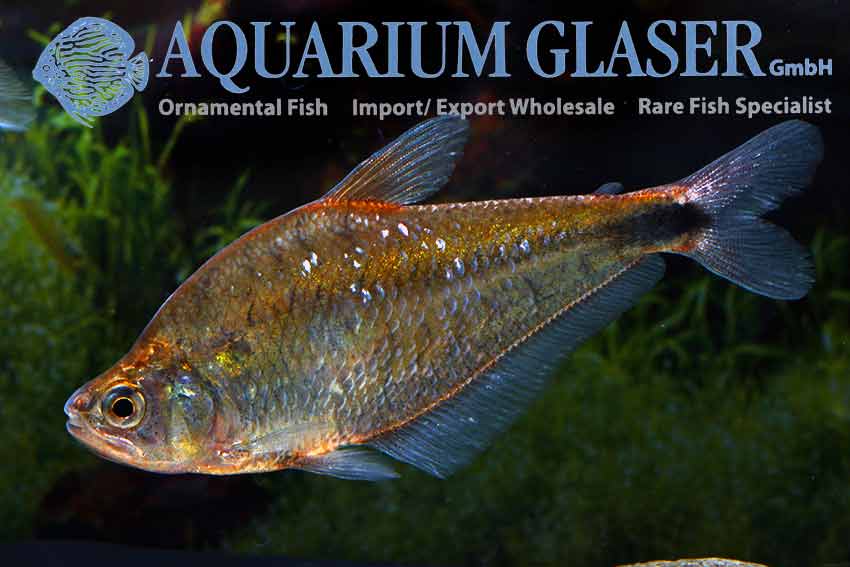 Usually no one expects that predatory tetras are especially colourful. Honestly speaking, we had doubts regarding the words of our supplier that the Charax stenopterus, which who could import now for the first time from Paraguay, who said that the fish were very nice coloured when he collected them. But guess what: after some time of settlement the fish really became colourful and so we think that the common name “Rainbow robber tetra” fits really well on the fish. 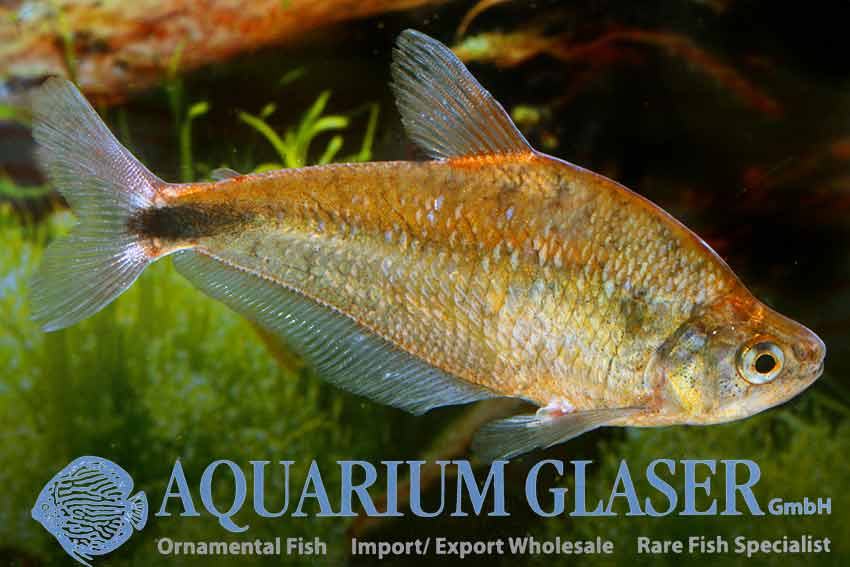 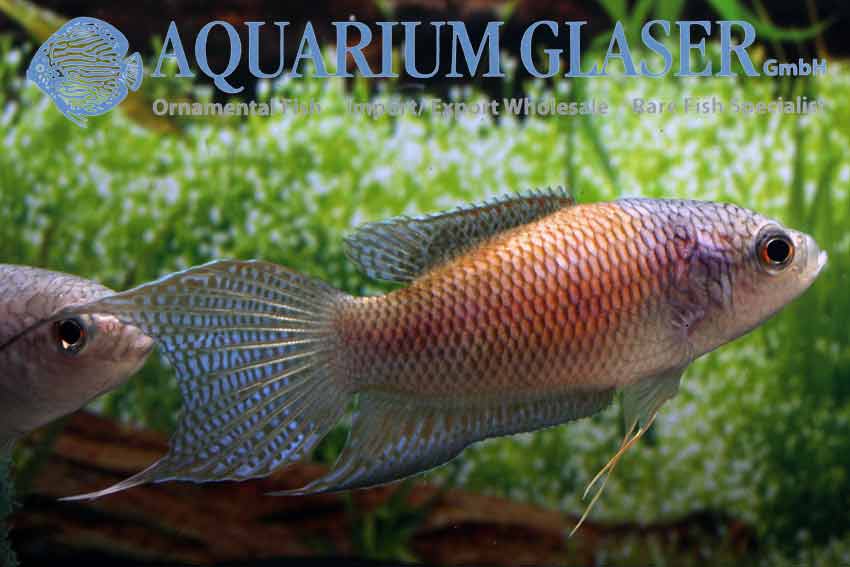 Not much has been heard in the past few years about this beautiful paradise fish from Vietnam. This might be connected with the dispute about the validity of the species which has been considered to be a mere synonym of M. spechti (formerly: M. concolor) by some scientists. We recently obtained bred specimens that clearly show why M. erythropterus has been named the “Red-back Paradise” and without any doubts represents a species on its own: the back of animals in neutral mood is brown-red and in aroused specimens bright rusty-red.