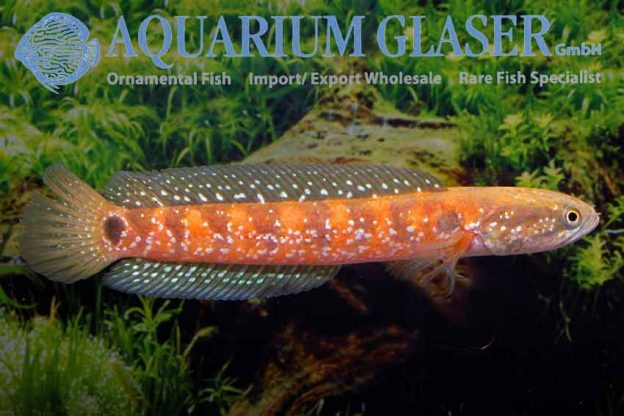 We have received very pretty German bred specimens of Channa asiatica recently. Initially this comparatively small snakehead originates from China. Sadly the species is offered only very rarely. Maximum length given in literature is 25-30 cm, but specimens of more than 20 cm in length must be regarded as very large already. The photographed animals are about 15 cm long and sexually mature. The male has a rather reddish basic colour and has, compared with the female, more silver spots on the head. 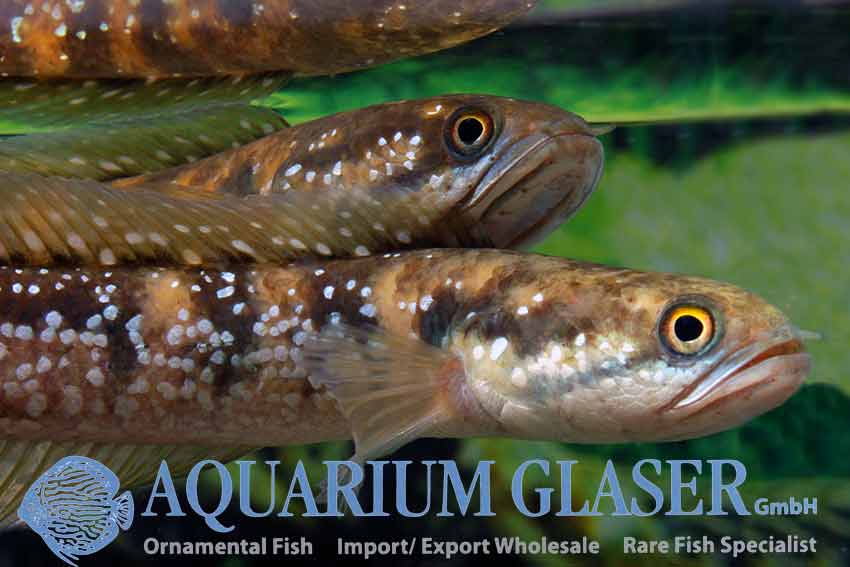 Long time not seen! Formerly, in the 1960ies, Tetraodon schoutedeni was one of the most common species in the ornamental fish trade. Even breeding of this species proofed to be rather uncomplicated. But due to the civil wars in the Congo the situation changed drastically. Even nowadays the collectors prefer not to go to the areas where the species is found. 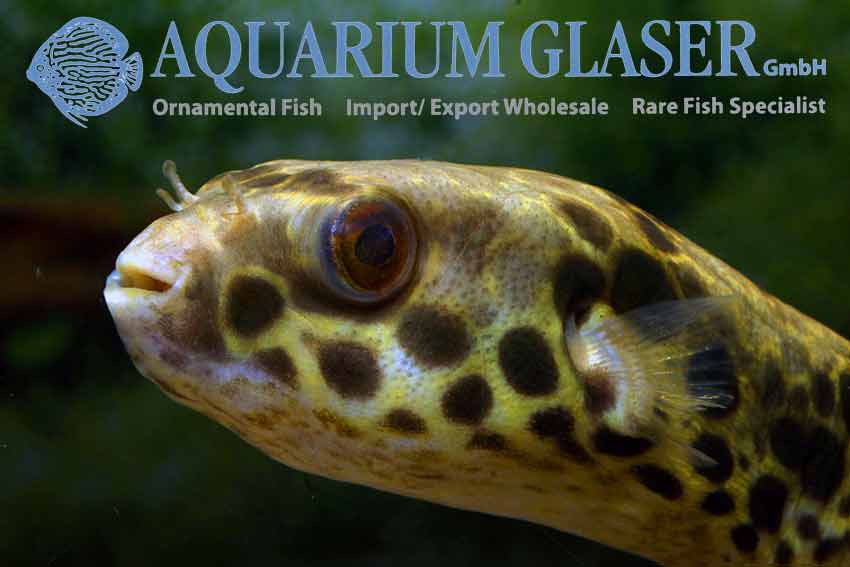 So we are very glad that we were able to import once more some specimens. The animals are already fully grown, eg 7-10 cm long. The males seem to show a more contrasting pattern and to have longer snouts. Tetraodon schoutedeni is also known as the leopard puffer. The species is said to be one of the most peaceful species of pufferfish at all; however one must always keep in mind that puffers are individualists. Leopard puffers are pure freshwater inhabitants. 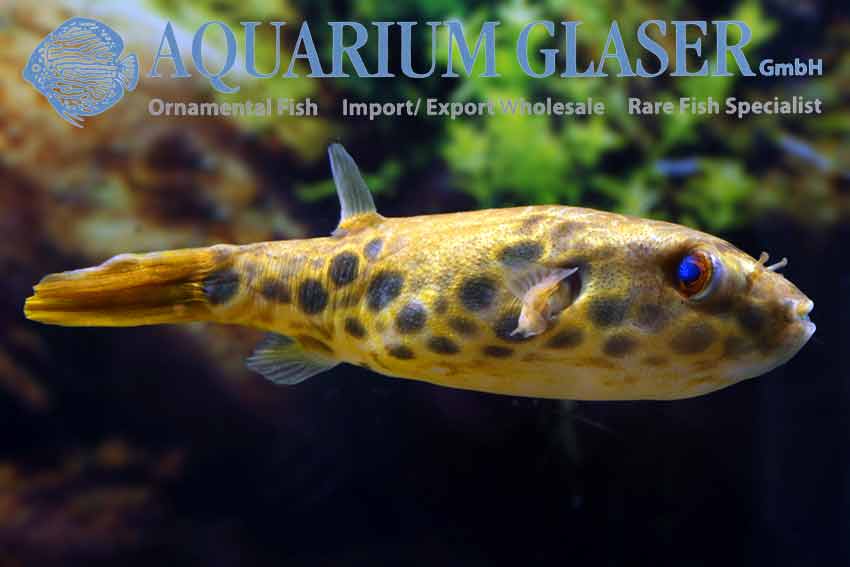 Now is the best season for buying young goldfish. The animals have spend the summer in growing ponds and are in top condition now. Of course most hobbyists ask for goldfish in springtime, this has a long tradition. But one should keep in mind that in spring time the fish come from an exhausting hibernation and that makes them quite sensitive. So, whoever is interested in goldfish is well advised to look for them right now. 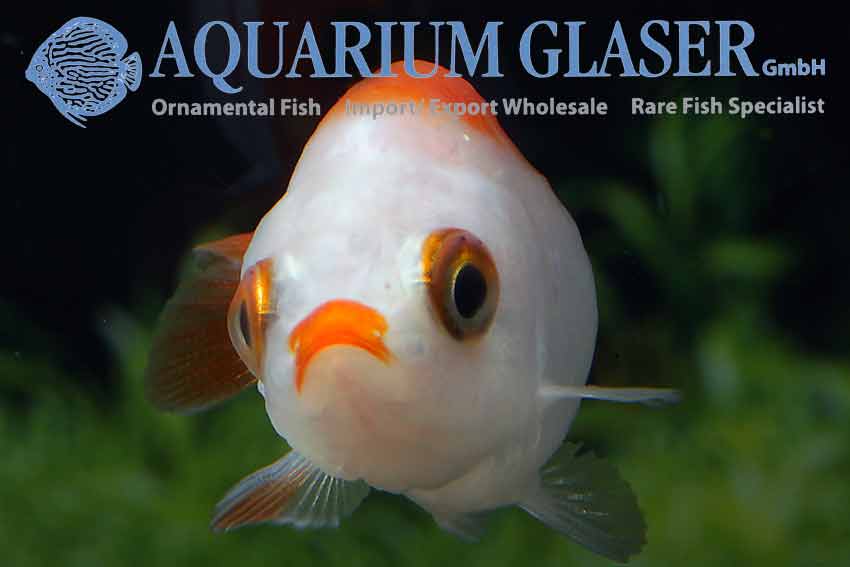 Currently we have imported for example pretty young ranchus in mixed colours from Hongkong. One thing have goldfish and koi in common: among thousands of animals are only very few that fulfil the high demands of a breeder. But all of them are healthy and strong fish! 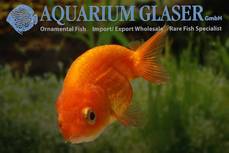 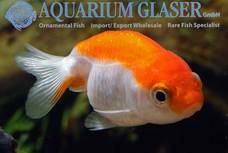 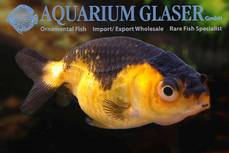 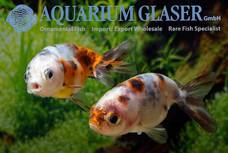 We have a feeling that there is a trend back to the Central American cichlids, the big ones. Of course there are always fashions in the hobby. And of course each generation of aquarists has to discover the magnificent diversity of aquarium fish on their own. Maybe this is the case currently in large Central Americans. 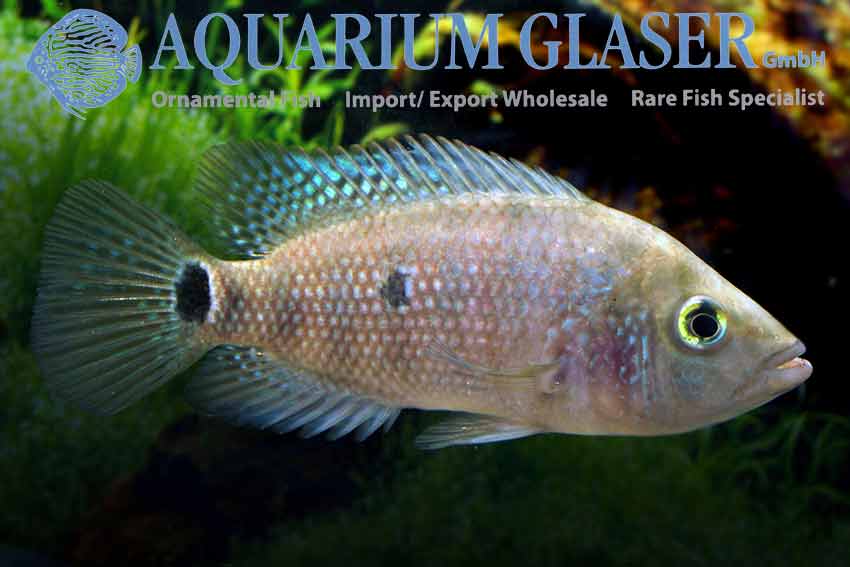 Many species that were formerly placed in the catch-all genus Cichlasoma are now in new genera. Not so Cichlasoma urophthalmus. Despite the well known fact that it is for sure unjustified placed in Cichlasoma it makes no sense to transfer it to any other genus. So it is left in Cichlasoma for pragmatical reasons. 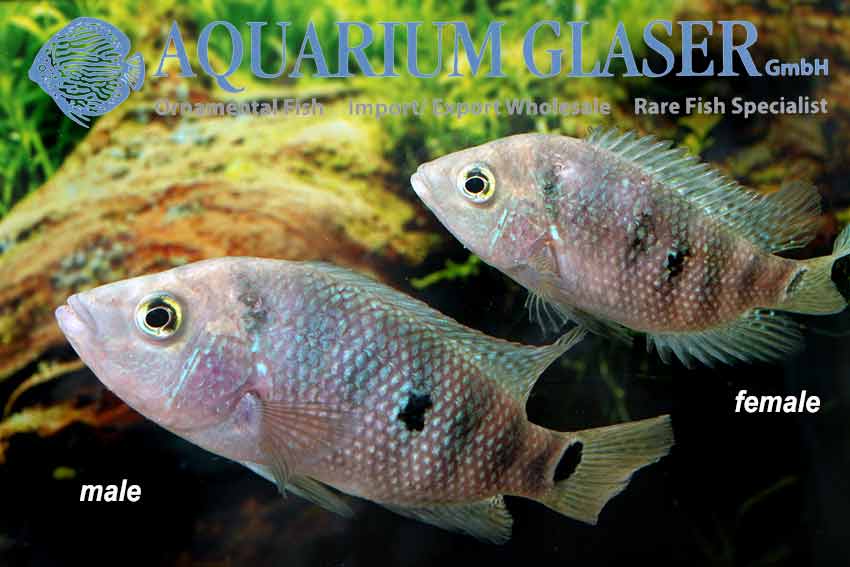 The fish attains a maximum length of 25-30 cm. It originates from Mexico, where it is used as a foodfish as well. Keeping and breeding the species in aquaria is problem free, but one must keep in mind that these fish need real great aquaria. In tanks that are not large enough this cichlid will kill any tankmate, may it belong to the same species or not. 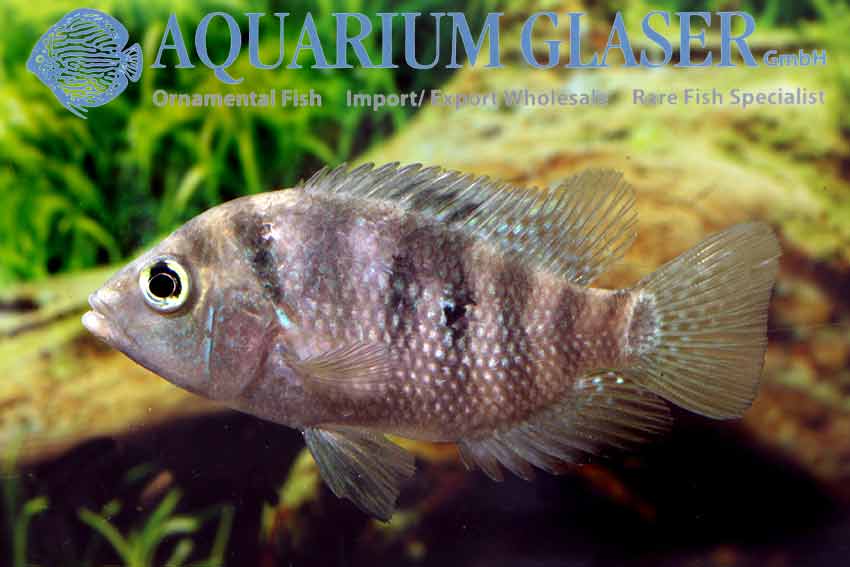 The water in almost all habitats of the fish is hard and have a pH over 8, some populations appear even in brackish or marine environments. 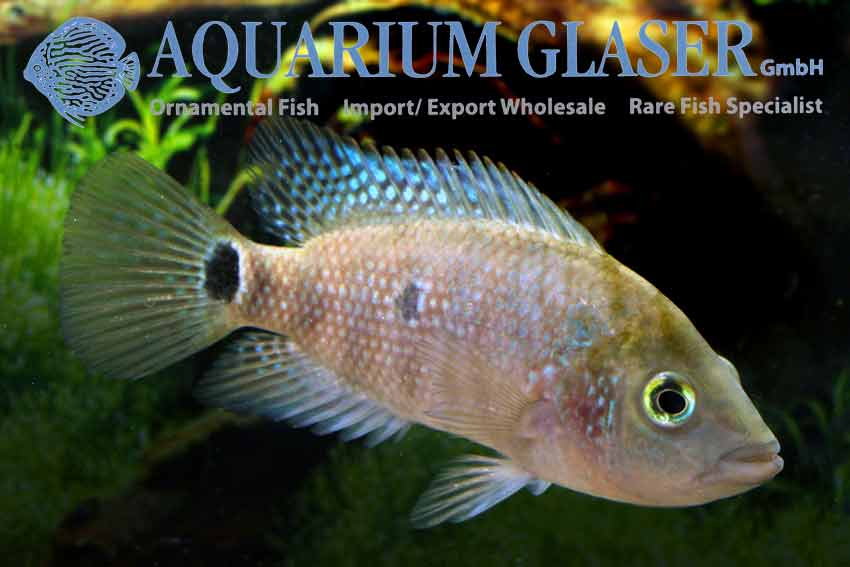 The Black-banded silver dollar, Myleus schomburgkii, is bred for quite a long time already in Southeast Asia. So it was a mere question of time when – after the “Lamax” (see http://www.aquariumglaser.de/en/archiv.php?news_id=558) – additional artifical sports would appear in the market. Nevertheless the fish we now received from Singapore left us a bit speechless: we did not expect such a brilliant bright salmon red! 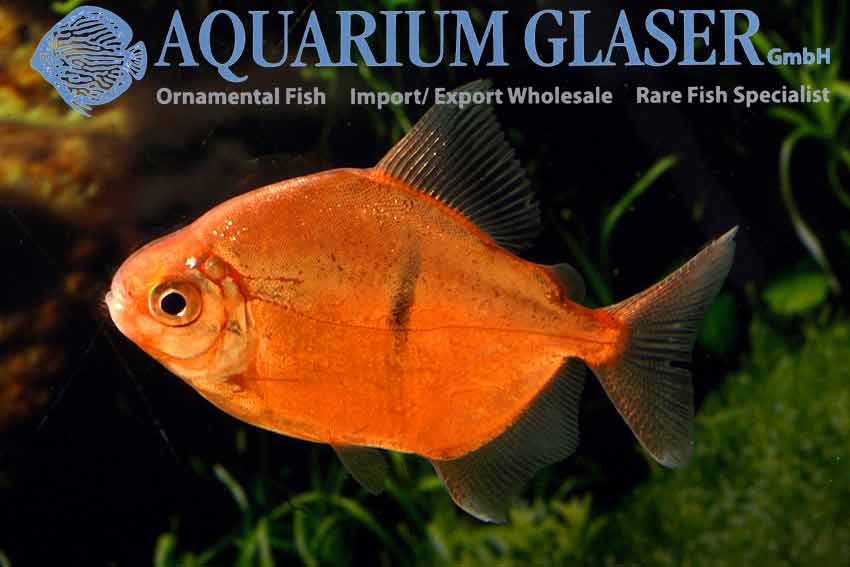 However, as it is our first importation of that fish we can cite only our supplier, who says that the fish will keep this colours. Currently our specimens are 5-7 cm long. 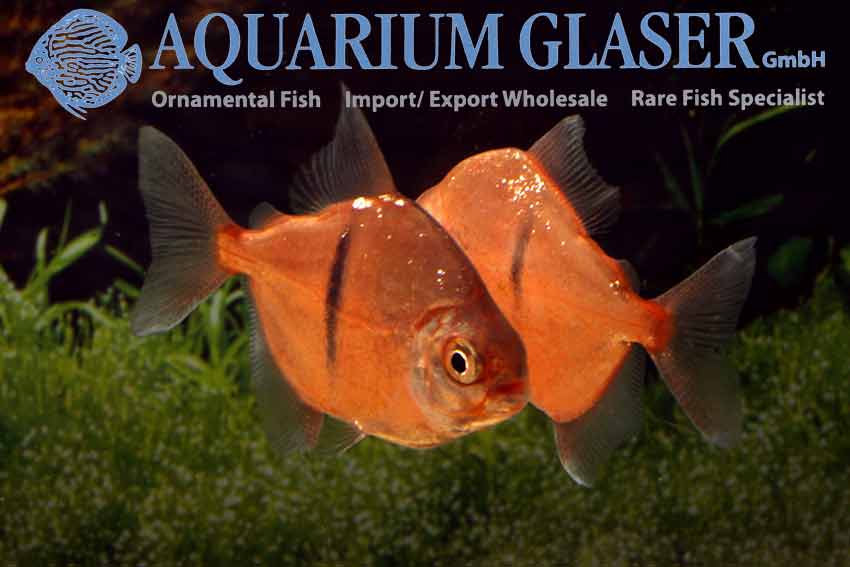 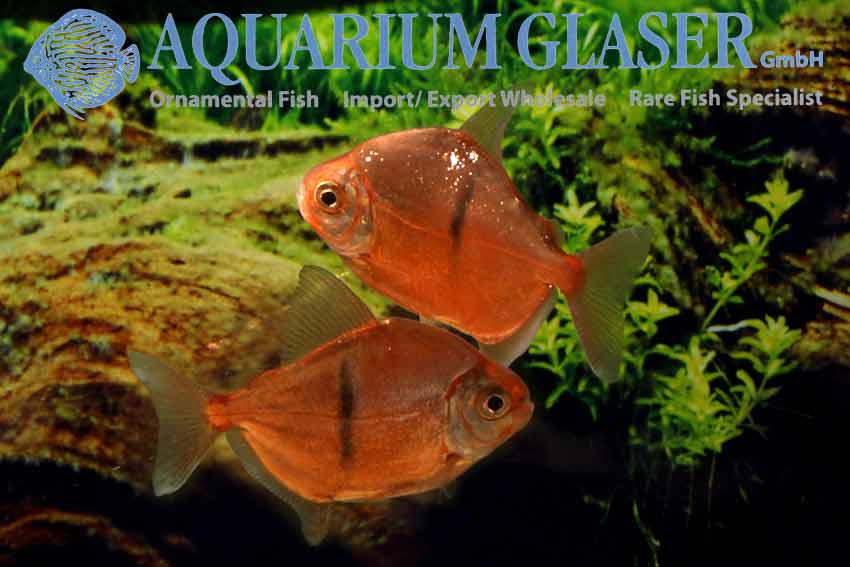