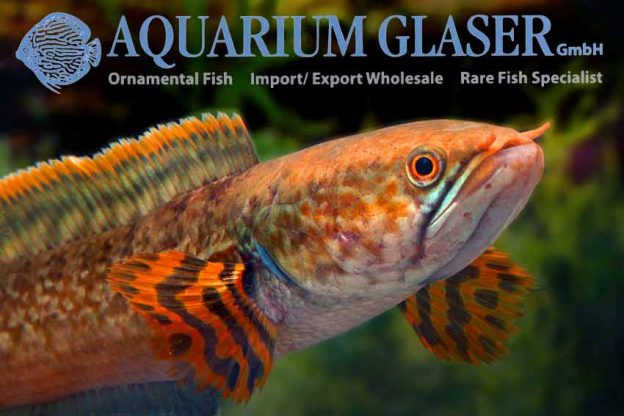 A really gorgeously coloured dwarf snakehead reached us from the foot of the Himalaya. Our specimens are obviously fully grown adults and have about 12 cm total length. Compared with all other dwarf snakeheads of that relationship in our fishhouse – Channa gachua, Ch. sp. Fire & Ice, Ch. bleheri, Ch. andrao, Ch. sp. Laos Fireback etc. – the new ones are very lively and extremely tame. And there is another type of behaviour that makes these snakeheads unique: they are absolutely peaceful against conspecifics! 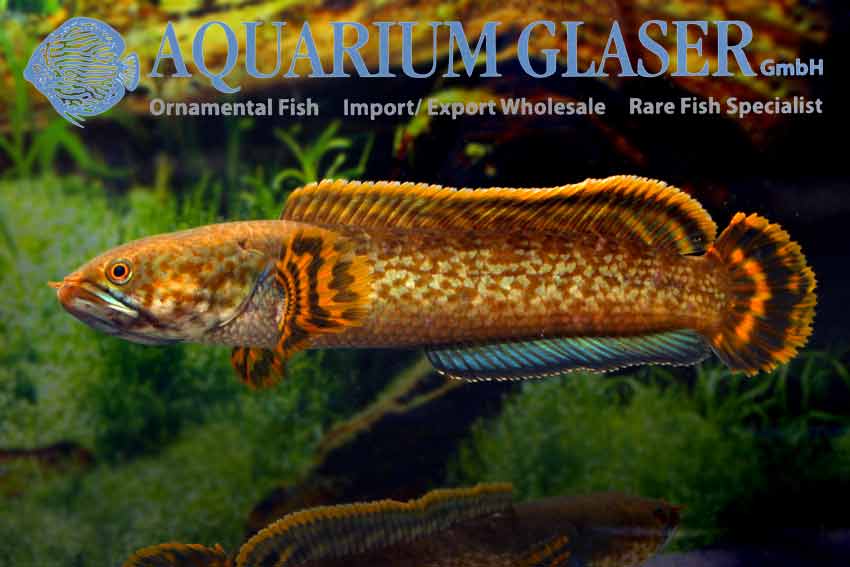 The first specimen of that new species reached us back in the year 2007. It was send under the name of Channa sp. Christmas. This first fish was a young specimen. The rather unspectacular colour of this juvenile fish, combined with a very high prize lead us to the decision not to import more specimens at that time.

The new “Flame Fin” differs from its closest relative – Channa bleheri – mainly by the more intense colours, especially of the caudal fin. Like all subtropical snakeheads the new one should not be kept the whole year through at high temperatures. In winter, temperatures as low as 12-14°C are acceptable. In case one tries to breed the fish, these low temperatures are even necessary. However, these snakeheads also can live happily for many years if kept at room temperature (18-22°C) during winter. It is optimal to keep the fish in garden ponds during summer time, but one should keep in mind the facts that snakeheads are predatory fish and that they tend to wander overland during rainy times. So the pond should be optimized for snakeheads and must have a fence that makes it impossible for the fish to leave the pond.

We received this beautiful, medium-sized (around 15 cm) pike cichlid from Paraguay. Our fish represent the form that is depicted as Crenicichla cf. edithae in Stawikowski & Werner (2004: 140). Occasionally Crenicichla edithae is regarded as a synonym of C. lepidota. 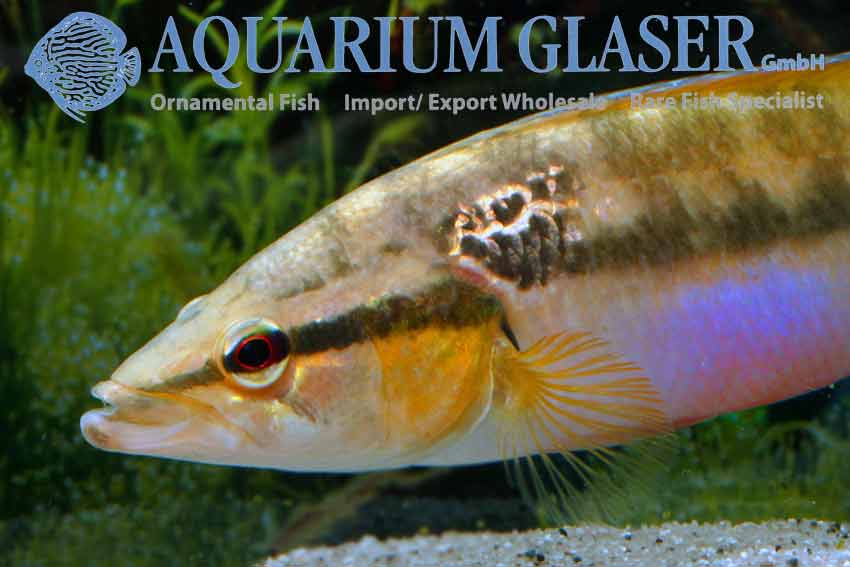 C. edithae has been described scientifically in 1991 by Alex Ploeg for his wife Edith; without her help he would not have been able to finish his studies on Crenicichla. Alex and Edith died on July, 18th 2014 when flight MH17 was shot down over the Ukraine. 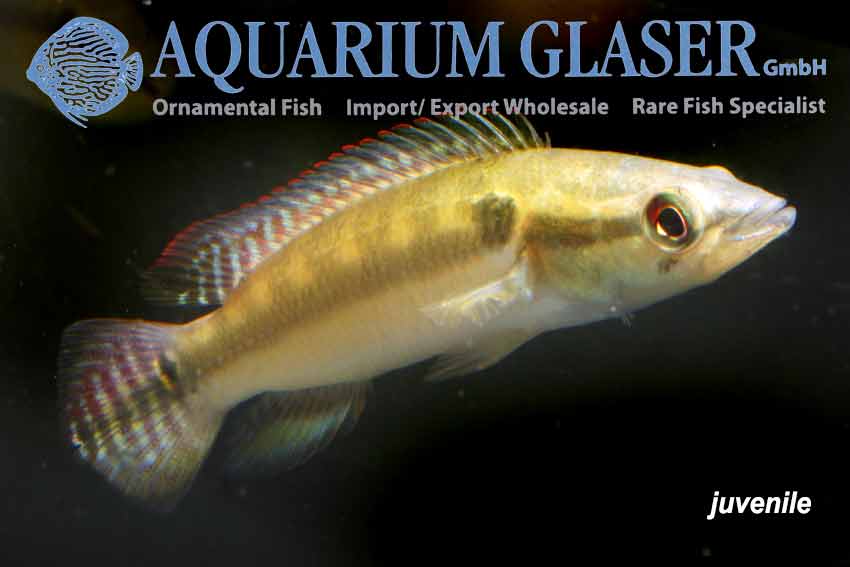 We received extremely beautiful German bred Black Diamonds. Moreover the fish are sorted by pair! The Black Diamond is a variety of Potamotrygon leopoldi that originates from the upper Rio Xingu in Brazil. These splendid stingrays attain a maximum size of about 40-60 cm disc width. 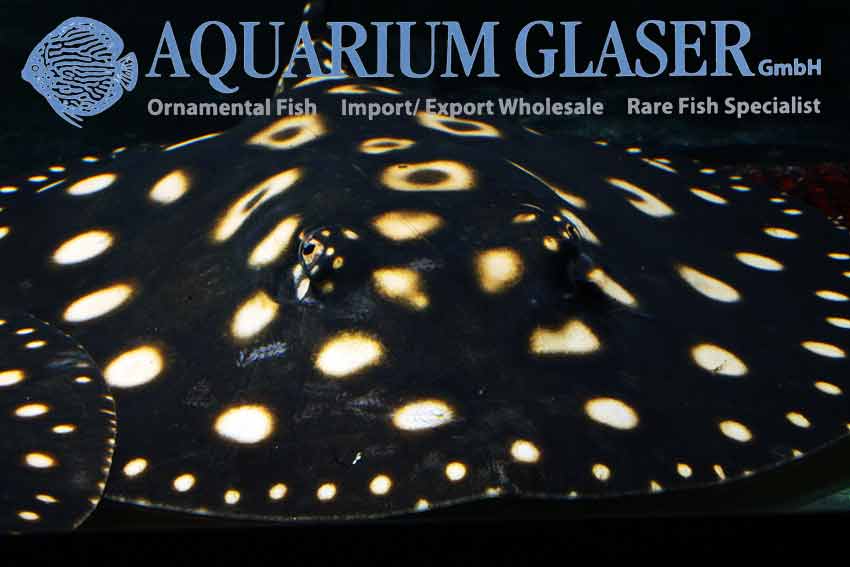 One should never forget that the poison of these stingrays is quite strong. Never ever a Potamotrygon will sting the keeper due to aggression, but the funny animals become very tame. Sometimes one tends to forget that even the tamest animals can become frightened by chance and then it is possible that it stings.

But these hints should not serve as an argument not to keep stingrays. In opposite, everyone who has a tank spacious enough should at least once in a lifetime try to keep them. They are really worth it!

Once more we were able to import the most peculiar species of glass perch: Parambassis pulchinella. This freshwater fish originates from clear streams in the border region between Thailand and Burma. The maximum size reported so far is about 10 cm. Against conspecifics the species is rather peaceful. They tend to tease each other sometimes over a short period, but this is harmless. It is best to keep this fish in groups of 8-10 specimens. 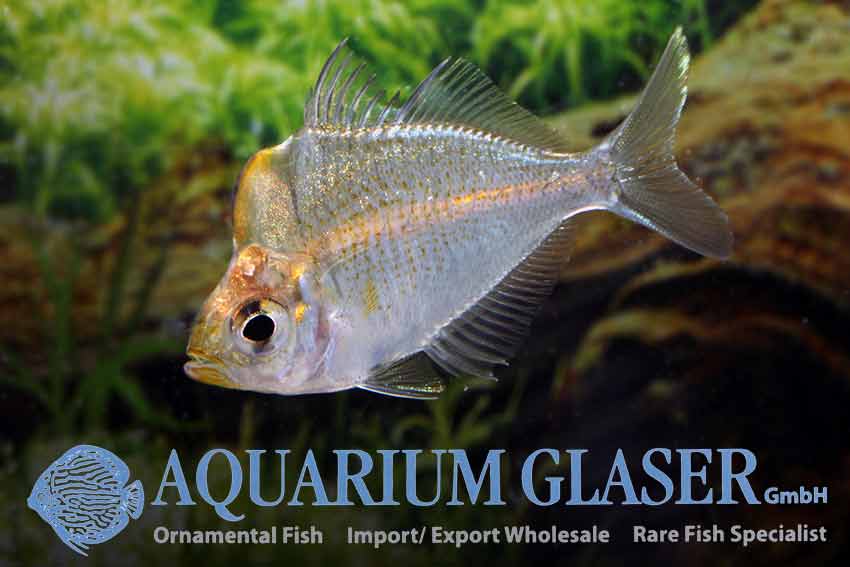 Nobody knows what the odd hump is good for. But the males have a larger hump than the females, so the hump may have do something with the sexual life of the animals. However, nothing about the sexual life of Parambassis pulchinella is known yet. 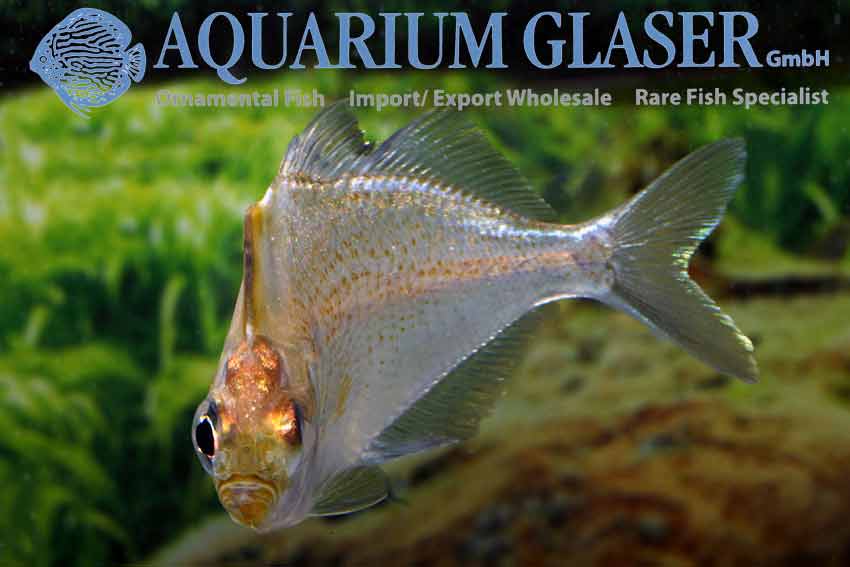 The man-made sport “Red Tiger Oscar” from Astronotus ocellatus is very common in the ornamental fish trade. Oscars are large cichlids that should be kept only in really large tanks. Here they are very nice pets with a great personality. 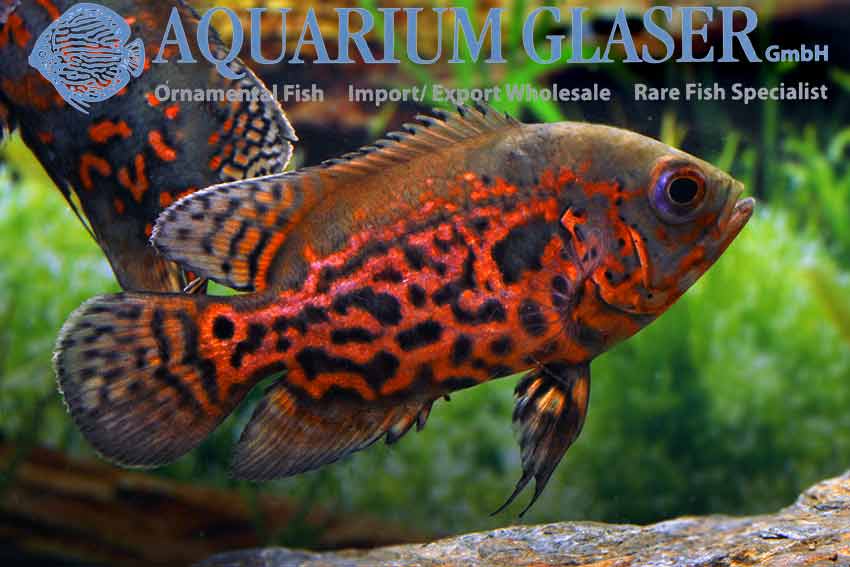 However, we often do not look very intensive on such common fish. This is a sad thing! Because sometimes real rare jewels are among them. Like the extremely pretty female we just discovered among more usually coloured tankmates. We have separated it along with a young and strong male. Now we are very curious for the offspring…. 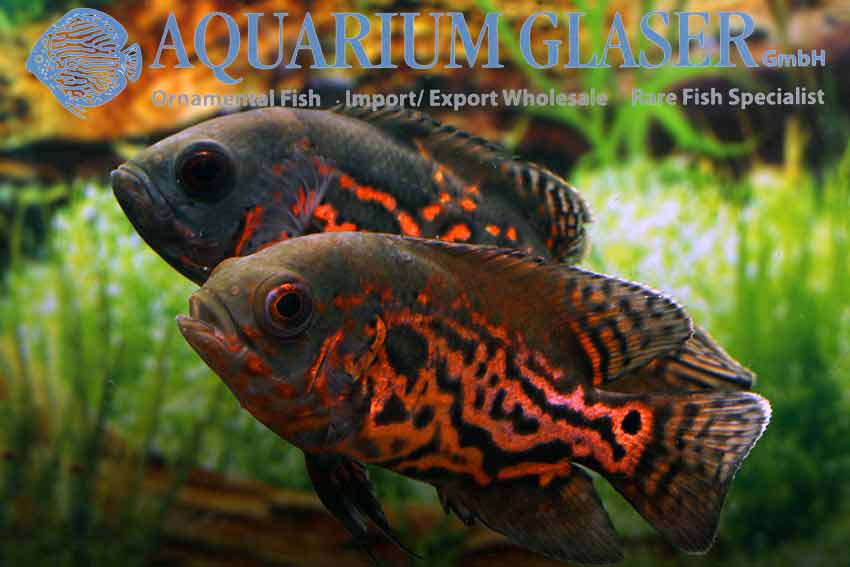