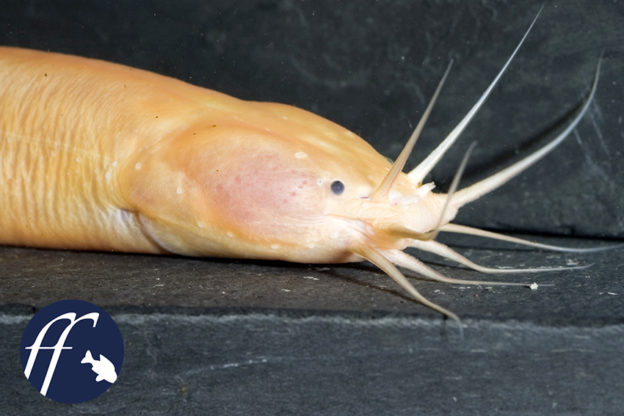 Last time we looked at the “living fossils”, ancient fishes that breathe using lungs and have stout scales and limb-like fins or fins on stalks. None of the species in existence today displays any serious inclination to venture onto land, and hence they don’t answer the question of why at some time in the past fishes made their way ashore. Perhaps there are modern fish species that can provide an answer? 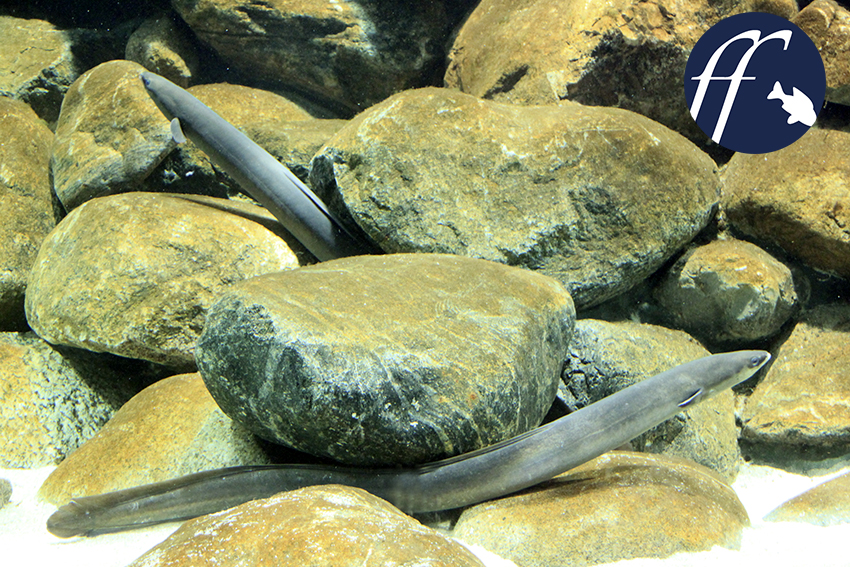 Among the fish species native to Central Europe there is only one that migrates overland with any degree of regularity, namely the Eel, Anguilla anguilla. Its snake-like body can be used on land in precisely the same manner as the reptiles employ: wriggling. The Eel travels on land only when it is wet. It does this during its migrations: it is well known that Eels spawn in the sea. The young Eels migrate into fresh water, remain there for a few years or decades, and eventually migrate back to the sea. During these migrations land-locked bodies of water, i.e. those with no inlet or outlet, are also colonized. Logically, this can only be achieved by crossing land. It is undisputed and obvious that Eels can do this, but how they locate the waters in question is totally unknown. There must be an unknown sense that enables these fishes to find water, as otherwise the mortality rate would be immensely high if they relied on luck and traveled overland until they reached water. The aquatic frogs of the genus Pelophylax are likewise possessed of this mysterious ability to locate water. It is fairly likely that these creatures have a sensory organ that enables them to detect the magnetic field of the Earth, but how it works remains unstudied. 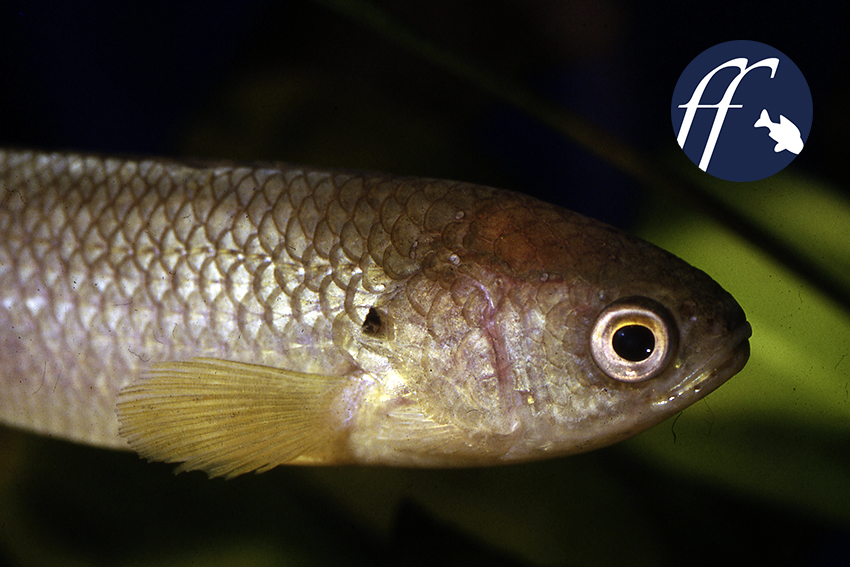 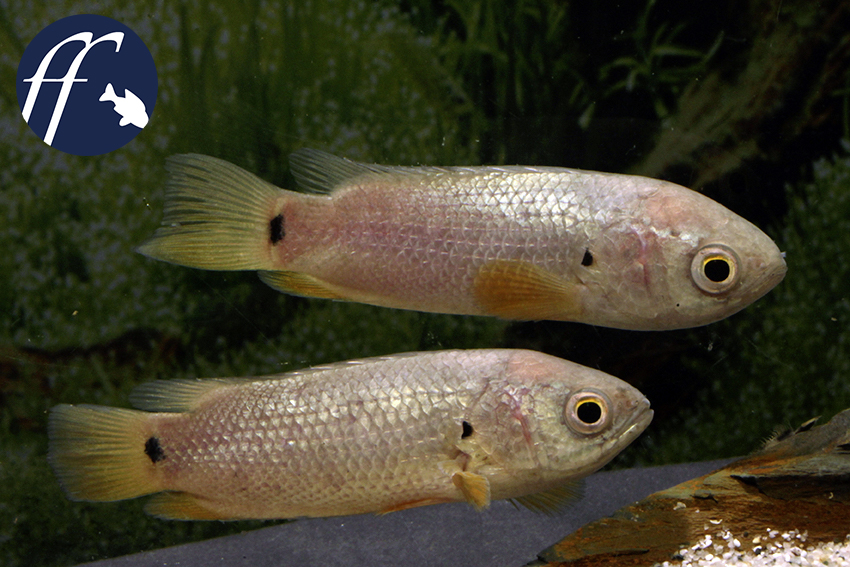 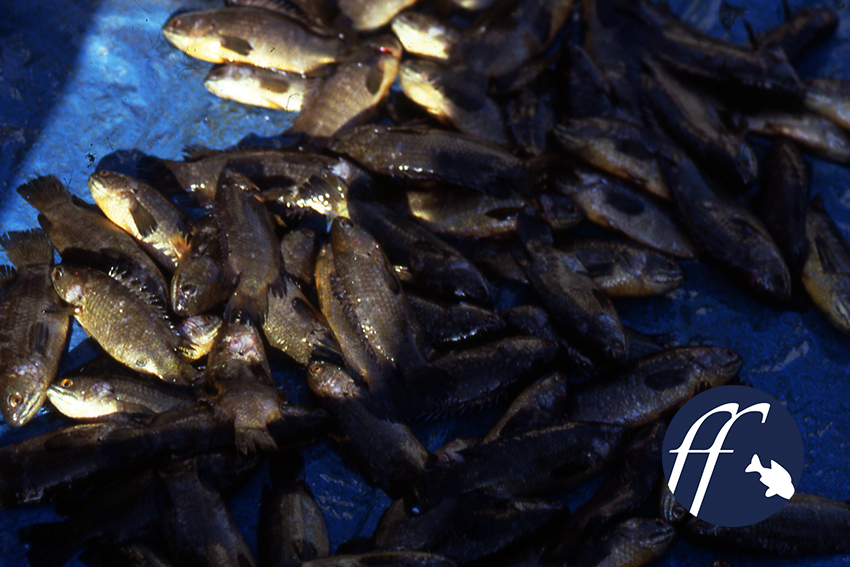 Left: Portrait of an Anabas; note the long spines on the lower edge of the operculum. Center: two climbing perches from India. Right: Anabas are popular food fishes in their native lands, as they remain alive for a long time out of water.

It is thus probable that the colonization and opening up of new habitats is fundamentally the answer to the question of why fishes venture onto land. They can be rather successful in this, much to the distress of humans. The best-known land-going fishes of this type are the climbing perches (Anabas) of Asia, and their close relatives from Africa (Ctenopoma gabonense, C. multispine, C. nigropannosum, C. pellegrinii). These fishes have an auxiliary respiratory organ called the labyrinth, with whose aid they breathe atmospheric air. They will even drown if they are prevented from going regularly to the water’s surface to take in air. When these fishes visit land they spread their gill-covers wide open; at the lower edge of the operculum there are spines which serve to provide grip, much like the spikes on the shoes of athletes. Climbing perches curve their bodies in an S shape when “walking”, and as they move from side to side the spinous rays of the anal fin propel the fish forwards very effectively. If climbing perches are caught out from the aquarium with a very fine-meshed net (which is advisable, as they can become hopelessly entangled in coarse meshes), then they will often climb out of the net, quick as a flash. 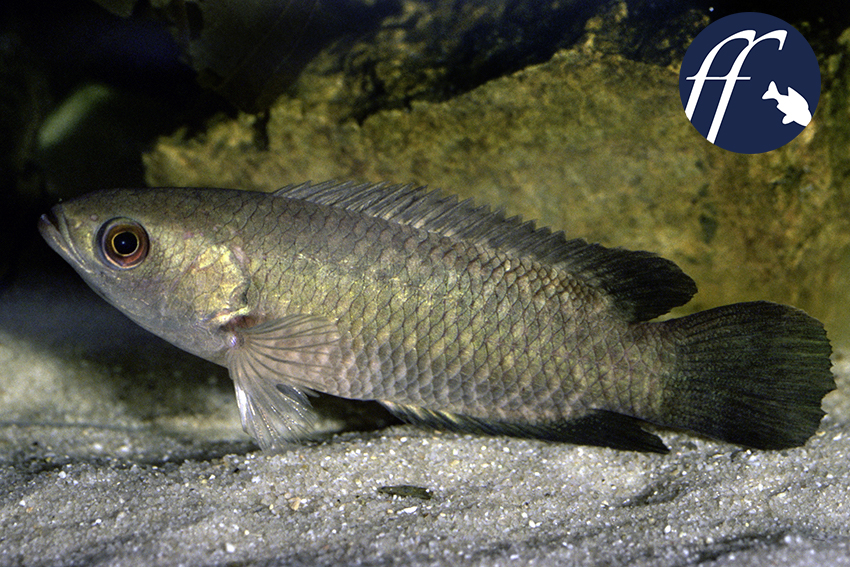 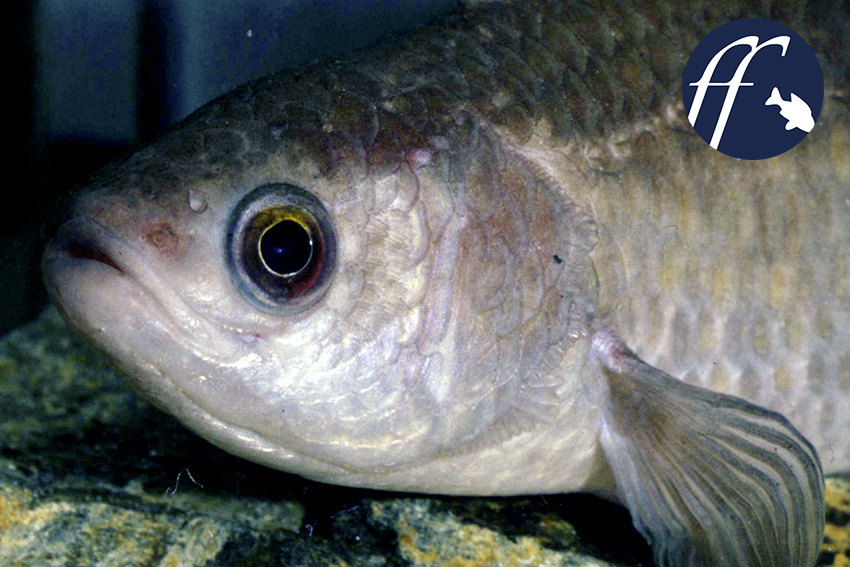 In this way climbing perches colonize standing waters of all types very effectively and are among the very common and widespread fishes found there. The urge to colonize new waters is enormous in these species. During a period of high water in Calcutta, the streets were flooded for just a few days. When the water level dropped again it was possible to catch climbing perches in the receding water!

Other species, specifically snakeheads (Channa) and air-breathing catfishes (Clarias), migrate overland in a very similar way. Both genera likewise possess organs that permit them to breath air. Snakeheads “walk” by using their broad pectoral fins as supports, while air-breathing catfishes utilize their powerful pectoral-fin spines for the same purpose. That aside, both groups wriggle when traveling on land. In many parts of the world snakeheads and air-breathing catfishes have been introduced as food fishes. They have tasty flesh, attain a fair size (between 15 cm and a good meter long, depending on the species), and because of their auxiliary respiration they remain alive for a long time out of water, which in hot countries greatly facilitates keeping them fresh until sold. But both groups are exclusively carnivorous (just like eels and climbing perches), and thanks to their ability to travel on land, they don’t remain where they are introduced. So nowadays snakeheads and air-breathing catfishes have become dreaded invasive species, whose sometimes dramatic spread leads to the demise of numerous small aquatic creatures. 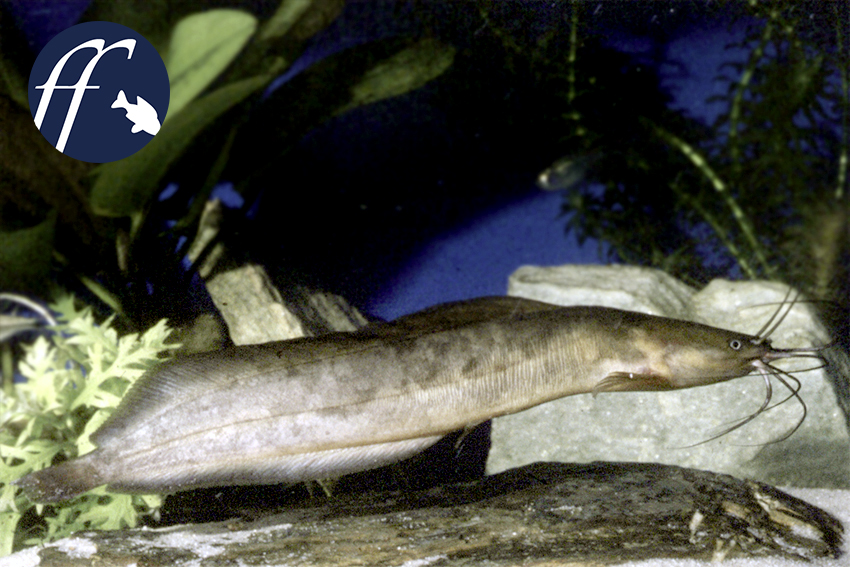 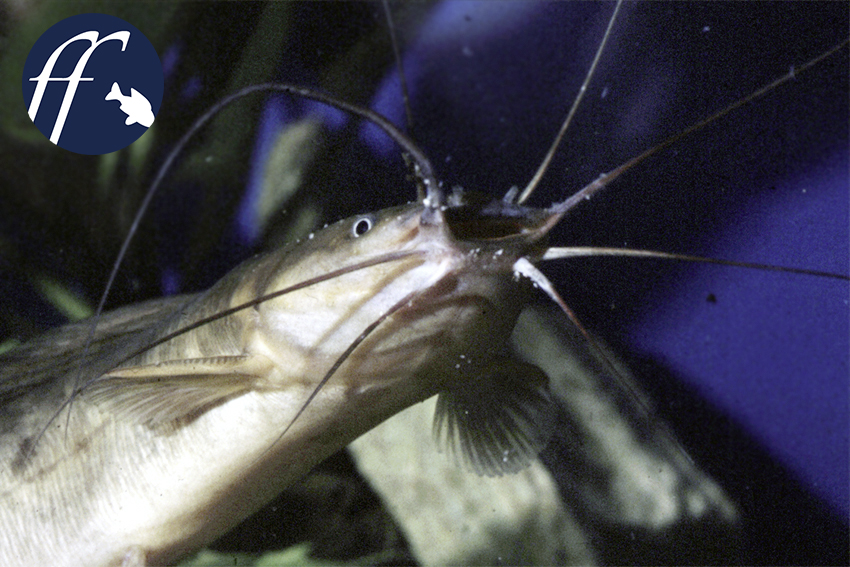 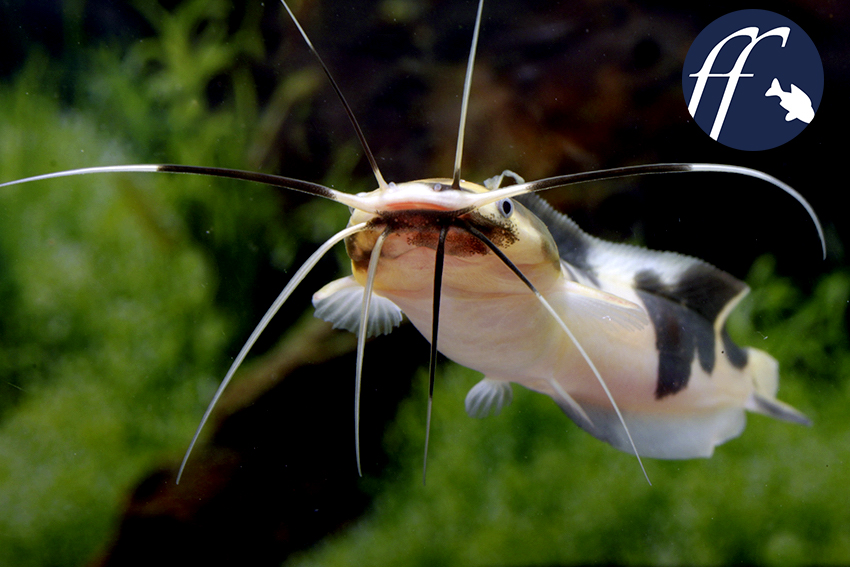 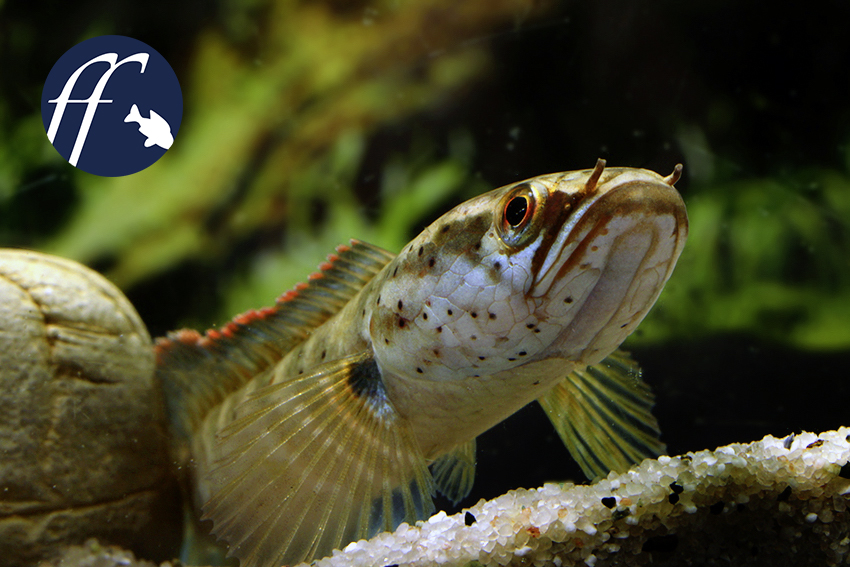 Snakeheads (Channa) use their large pectoral fins as stabilizers on land. 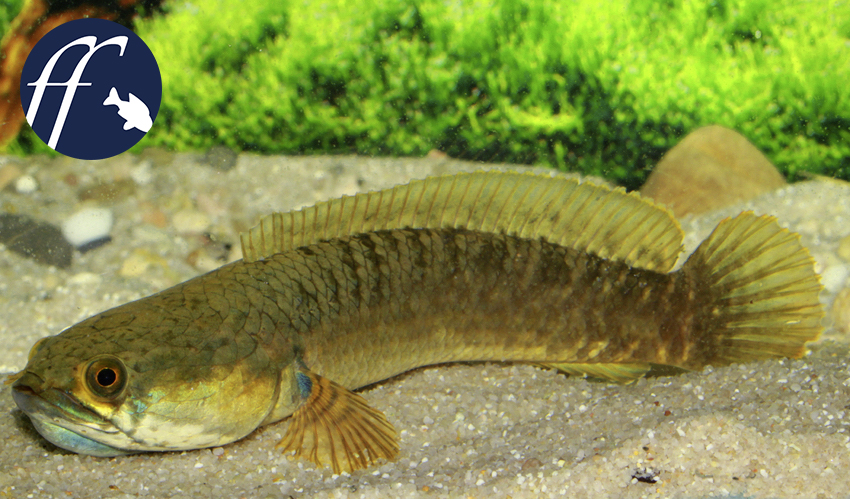 None of the species mentioned so far feeds on land. As far as is known they are also completely unable to do so. It is very complicated for fishes to find prey on land at all. The sensory organs of fishes are no good for that, they are designed to work under water. It is doubtful whether the fishes listed can see much on land, as their sense of sight is of little importance to them under water as well. Or at least blind specimens aren’t particularly at a disadvantage compared to sighted individuals, and manage to survive very well. The electrical and lateral-line organs of these fishes don’t work on land, and their sense of smell is likewise limited in air, even though in water eels can smell dilutions comparable to one drop of a strong-smelling substance distributed throughout the entire volume of Lake Constance! And then there is the problem of how a fish on land could swallow a potential prey item at all. In water it does so by sucking and snapping, but air is much less dense than water (800 times less!), so it isn’t possible to generate enough suction by opening the mouth. 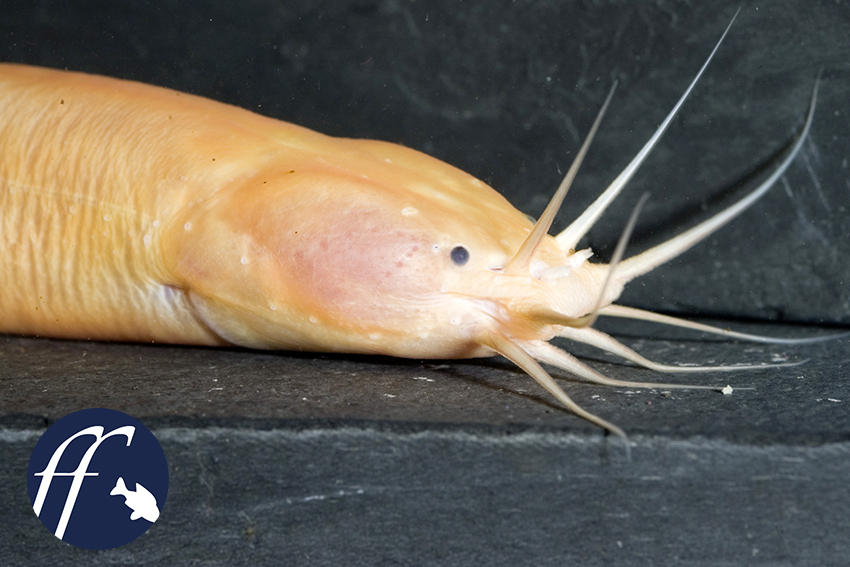 And yet there is a very special air-breathing catfish that does manage to hunt on land! Its name is Channalabes apus. The body of this unusual species, which measures some 20-30 cm long, is eel-like. C. apus originates from the Congo. It often lives along the banks of streams, as well as in damp leaf litter at the water’s edge. Its diet consists predominantly of insects, mostly terrestrial insects. For a long time it was thought that it ate these creatures when they fell into the water and drowned, but a group of Belgian researchers have been able to demonstrate that Channalabes hunts actively on land! For further details see http://www.nature.com/nature/journal/v440/n7086/full/440881a.html.

The critical detail is that this catfish is able to point its head downwards. So it starts by creeping around on the bank, and if it comes across a potential prey item it “nods” its head, simultaneously raising its back to some degree; then the catfish snaps repeatedly, much as it would do if it was under water. In this way the fish seizes the prey with its jaws and can eat it. Here we are witnesses to an immensely interesting evolutionary development. In this, or a similar way, the first vertebrates first came ashore around 397 million years ago! 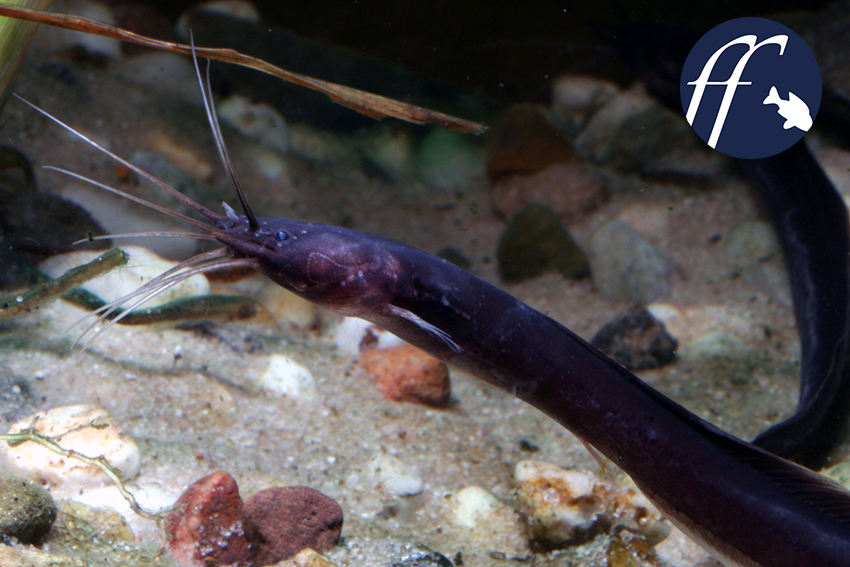 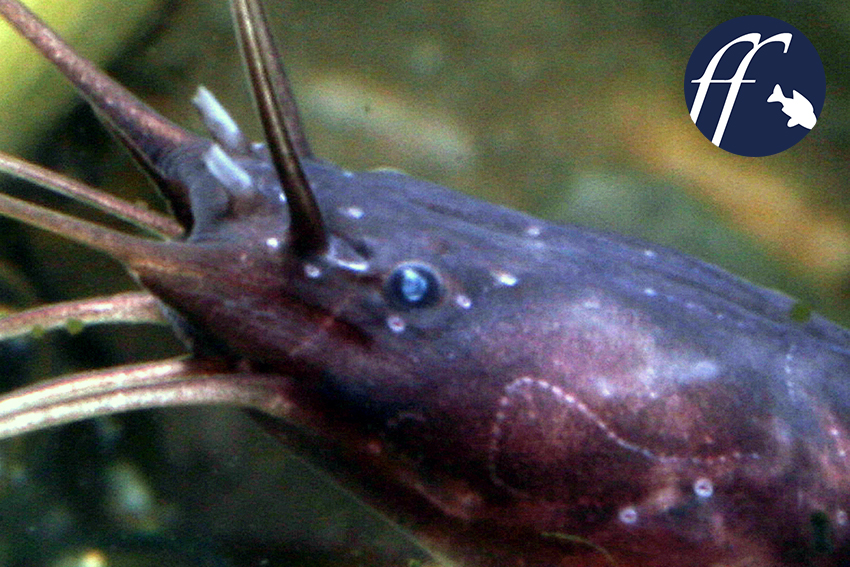 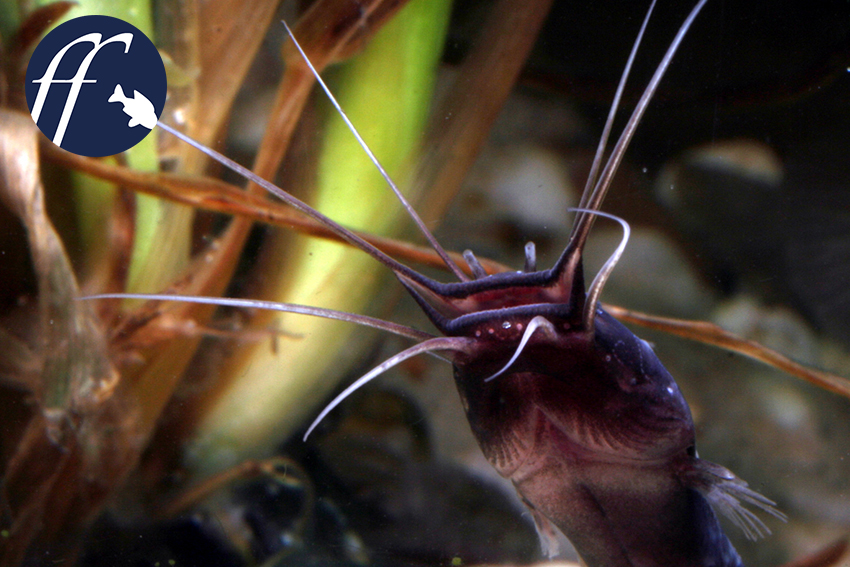 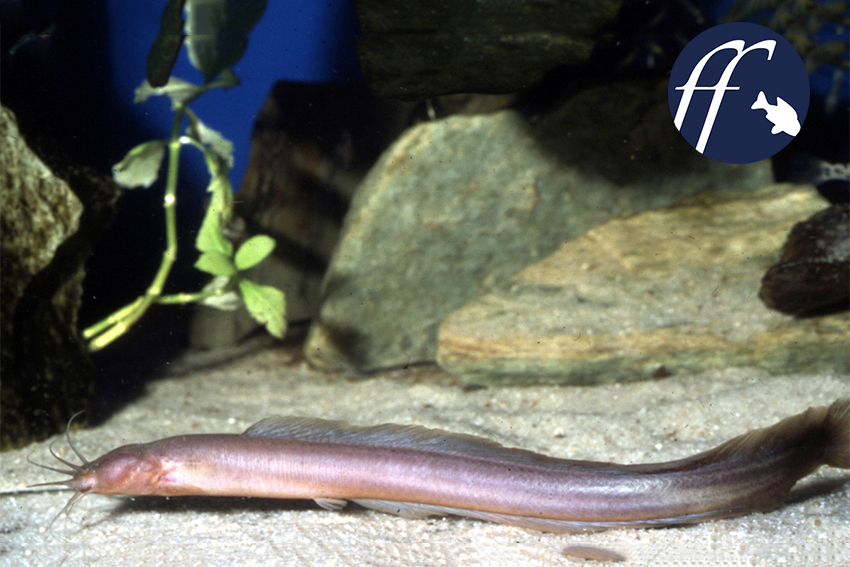 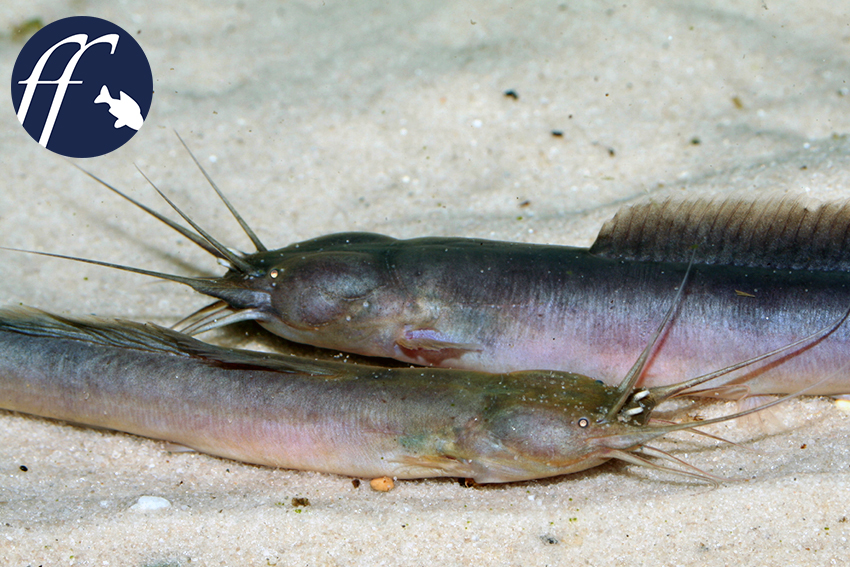 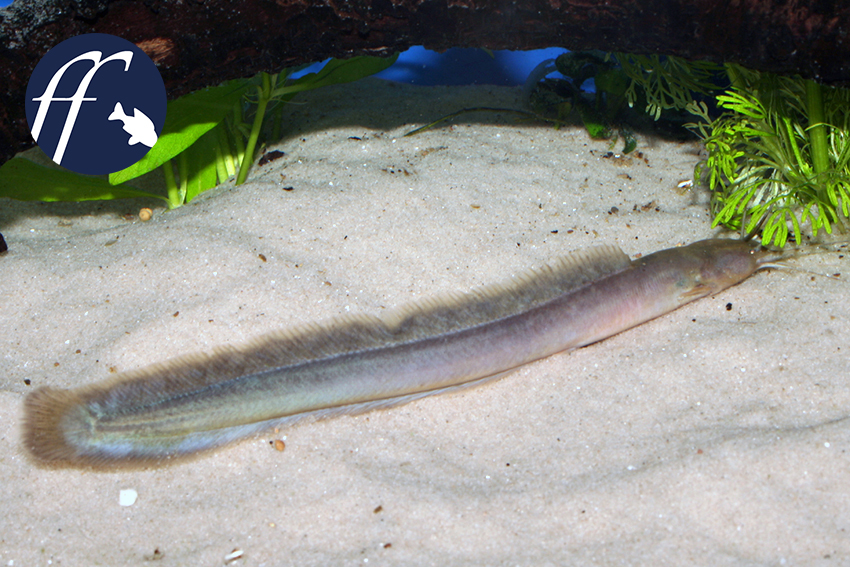 Left: Gymnallabes typus, a close relative of Channalabes apus. Center: In Gymnallabes the skull is strangely swollen. Right: To date there has been no research into whether Gymnallabes also ventures onto land.

In the next and final part of this article we will look at the mudskippers, fishes that are specialized for life on land.