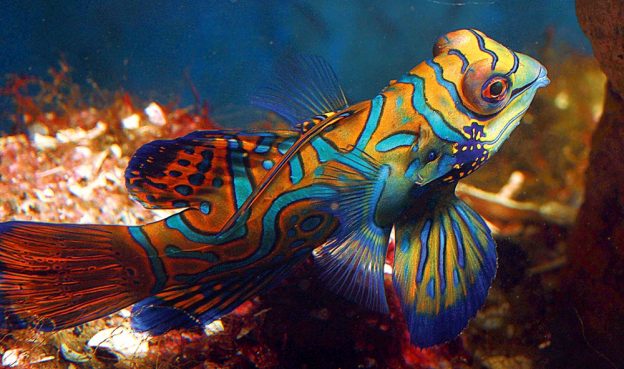 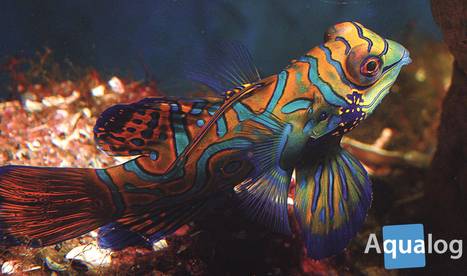 The Dragonets or Mandarinfishes (Callionymidae) are a family of predominantly marine, bottom-dwelling fishes with an almost worldwide distribution. To date only two species are known from fresh water, while a few find their way into brackish water. At present at total of 130 species are known, divided among 18 genera.Out of all this variety, two species are regularly seen in the trade because of their incredibly splendid coloration: Synchiropus picturatus and S. splendidus.

The Mandarinfish, Synchiropus splendidus, is widely distributed in the Western Pacific, where if is found from the Ryukyu Islands to Australia. Depending on its provenance, it varies somewhat in its base coloration, but to date nothing has been done about describing these color forms systematically. In the wild the Mandarinfish lives on open bottoms close to coral reefs, but is not a coral fish in the true sense. Like all dragonets, it feeds on small organisms and spends the entire day searching for food, its large, expressive eyes simultaneously watching its surroundings all the time. The maximum size of the Mandarinfish is around 8 cm, but it usually remains smaller and is sexually mature at as little as 4 cm long.

The sexes are relatively easy to distinguish in all dragonets, including the Mandarinfish, as in comparison to females the males possess a much-enlarged first dorsal fin, which they use during courtship display.

It is of considerable practical importance that the sexes can be distinguished so easily, as males are completely intolerant of one another. 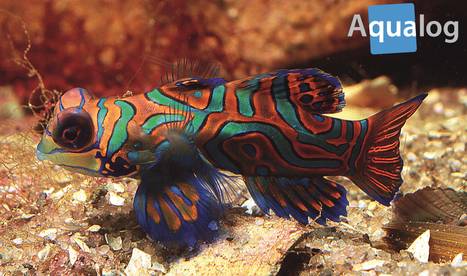 Mandarinfishes are best kept in pairs, because then you can enjoy these splendid little jewels to the full in the aquarium, as their behavior is very varied and they will also spawn regularly in the aquarium. Spawning takes place in the evening. Unfortunately it is extremely difficult to collect the spawn, as the species has been bred successfully in the aquarium, even for several generations, although eggs and larvae are very tiny. Mandarinfishes don’t practice any brood care, the eggs and larvae are pelagic, ie they float free in the water. The little Mandarinfish, which isn’t a very active swimmer, can readily be maintained in small marine aquaria.

These small and largely defenseless fishes (some dragonets do, however, have spines on the operculum, for example Callionymus lyra, which lives in the North Sea; the “sting” is said to be painful and may be poisonous) can afford to be immensely colorful because they have an unpleasant-tasting skin poison that makes them unattractive to the majority of piscivores. 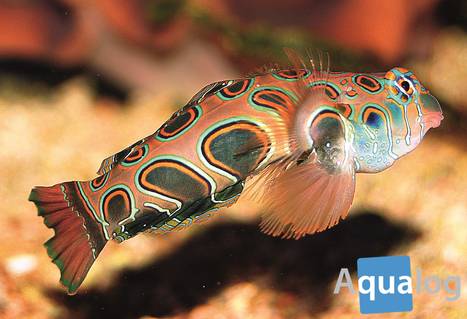 In principle Mandarinfishes are perfect aquarium fishes, as they aren’t susceptible to disease, remain small, are very colorful, exhibit interesting behavior, and leave invertebrates alone. But – there is always something or other – they are very slow and circumspect feeders. Hence Mandarinfishes shouldn’t be kept in the company of greedy feeders, as otherwise they will go hungry in the short or long term. They are best fed once a day with a large portion of live Artemia nauplii, which are easy enough to hatch, and twice daily with other foods. Frozen food is taken readily, and many individuals will also accept granulate, which makes feeding a whole lot easier.

In principle everything that has been said about the Mandarinfish also applies to other dragonets. The Psychedelic Fish, Synchiropus picturatus, grows to around 7 cm long and is distributed in the Western Indo-Pacific. The Starry Dragonet, S. stellatus (Indian Ocean, around 7.5 cm maximum length), and the very similar Marbled Dragonet, S. marmoratus (maximum size 13 cm, western Indian Ocean), may not be as gaudily colored, but are likewise very attractive fishes. 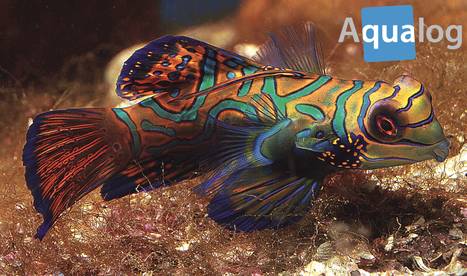