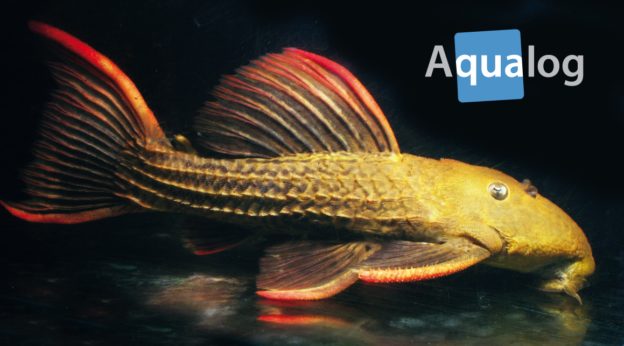 The popular name of cactus catfishes for the genus Pseudacanthicusis very apt. The entire body, the fin-rays, and the interoperculum are covered with needle-sharp spines, so-called odontodes. Two species of cactus catfishes, L24 and L25, which both grow to around 40 cm long, are much prized by owners of large aquaria because of their splendid coloration. Aquarium Glaser has now imported for the first time a cactus catfish that resembles L24 in coloration but must actually be an L25 on the basis of its distribution region – a minor sensation on the scene!

First of all we would like to remind you about the significance of L-numbers. At the end of the 1980s the aquarium hobby began to discover the wonderful diversity of the loricariid catfishes. These armored catfishes had in fact been known since the beginning of the aquarium hobby, with, for example, the first importations of Ancistrusspecies (bristlenose catfishes),Hypostomus(suckermouth catfishes), and Rineloricariaspecies (whiptail catfishes) taking place as long ago as the beginning of the 20th century. But because of their not particularly attractive coloration these fishes were regarded more as something for specialists with a liking for oddities. Not until the 1950s to 1960s did a number of species achieve popularity as algae-eaters.
Today, with around 870 species known, divided between more than 100 genera, the loricariid catfishes are the most species-rich of all the catfish families. 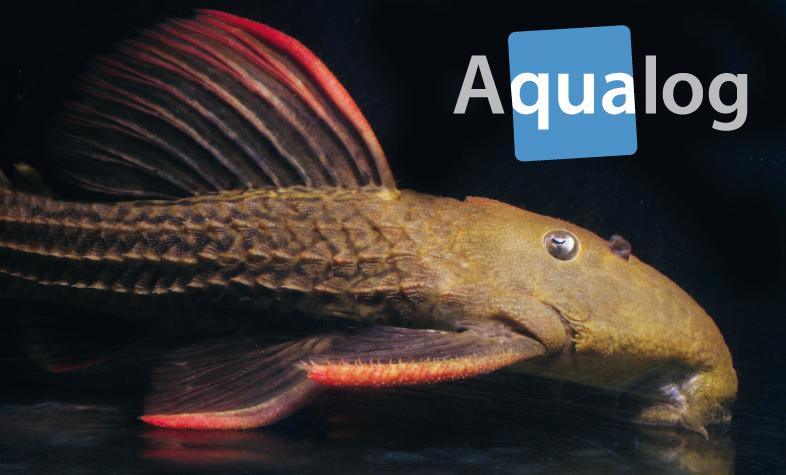 The birth of L-numbers
The increase in interest in armored catfishes led to more frequent imports and more and more new species. Because of the unavailability of scientific literature on these fishes, which in addition were known only from faded museum specimens, only a halfway accurate identification of the imports proved possible. And so it came about that importer Arthur Werner in Munich, Rainer Stawikowski, the Editor in Chief of the MagazineDATZ, and fish-enthusiast and biologist Uli Schliewen (now head ichthyologist at the Zoologische Staatssammlung in Munich), had the bright idea of simply photographing newly imported loricariids or newly discovered forms in the field, numbering them in order of appearance, and publishing photo together with number inDATZ, so that aquarists would have a unique identifier for each of these fishes even in the absence of a scientific name. The idea immediately caught on in the hobby, and the trade happily went along with it. The “L” stands simply for the scientific name of the armored catfish family, the Loricariidae. So far 464 armored catfishes have received an L-number. That doesn’t necessarily mean that there are also 464 different species, but they do represent different populations or fishes of different appearance. In the meantime some of them have also been identified scientifically, but to the present day the majority cannot be identified with certainty or are definitely still unknown to science. The latter group includes L24 and L25, which were first portrayed inDATZin 1989. 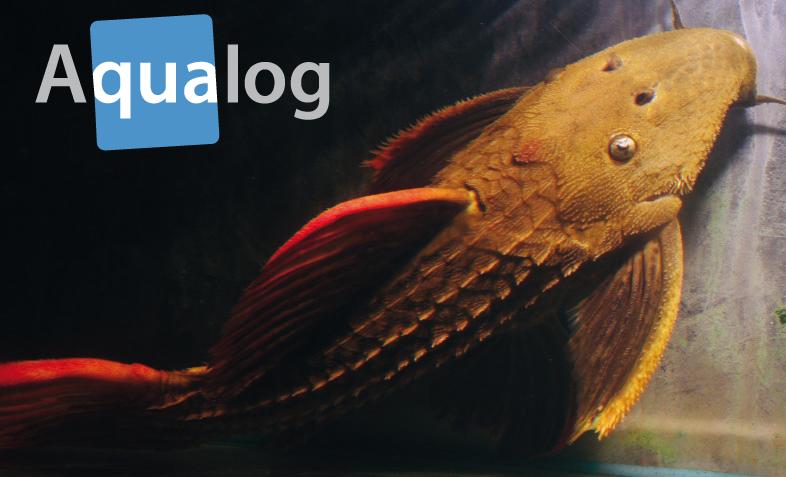 Scarlets
Because of their splendid red finnage L24 and L25 rapidly received a popular name as well – Scarlets – although in this particular case only large specimens are beautiful fishes. Juveniles of L24 and L25 are rather unremarkable and typical “ugly ducklings”. So you need to be aware of what they will develop into if you are going to buy them. The reverse is the case in the majority of loricariid species, where it is the juveniles that have attractive contrast-rich coloration, while adults tend to exhibit pleasing shades of brown and black. But large fishes are expensive fishes, as they require a lot of space and water during transportation. And the fishes themselves already command a high price in Brazil, where they come from. For this reason very large numbers of Scarlets are never seen in the trade, as there is, by the nature of things, only a limited market for large and expensive fishes. The result is that aquarists are correspondingly more passionate about Scarlets if they have the opportunity to keep them.
L24 and L25 differ in terms of their provenance and with regard to their coloration. L24 comes from the rivers Tocantins and Araguaia and has an unpatterned head and usually unpatterned fins as well. L25 comes from the Rio Xingu and has bold dark dots on the head and usually also on the fins. But both species are highly variable in coloration: L24 may or may not have dots on the body, and the red color on the fins can vary considerably even within a population. L25 has a more flattened and more contrast-rich form from the upper course of the Xingu at Sao Felix and a higher-backed form from the lower course. But these are only general guidelines, as the body shape can also be rather variable in these fishes. We mustn’t forget that they are usually sold as wild-caught adults. Food is often in short supply in the wild, and the fishes may be plump or slender depending on the nutritional situation during the course of the life of the individual.
As well as being unique representatives of the genusPseudacanthicus, the Scarlets also have a silver-colored iris. This sometimes males it less than a pleasure to photograph them as the flash is strongly reflected by the iris, and simultaneously the pupil reacts instinctively to the bright light by contracting. As a result Scarlets in photos often look as if they have a cloudy eye. But that is hardly ever the case. 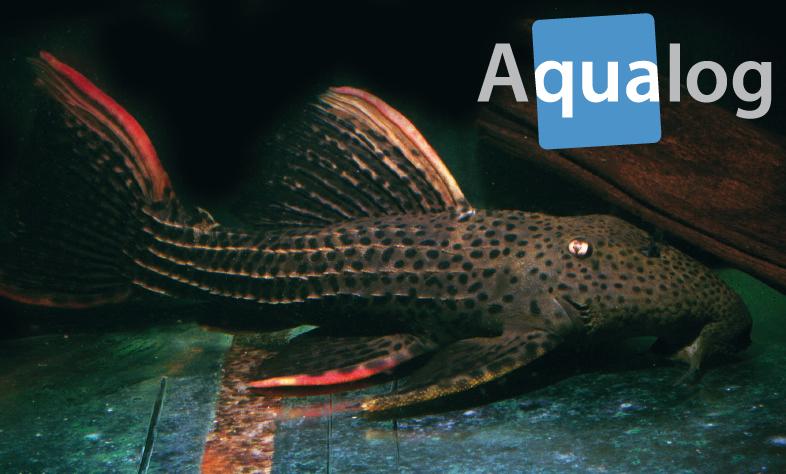 A new L25 with the coloration of an L24
Aquarium Glaser has now for the first time imported cactus catfishes from this group from the upper course of the Rio Itacaiúna. The source region of this river is the same as that of the Rio Frisco, which is an affluent of the Rio Xingu. Moreover the Rio Itacaiúna and the Rio Frisco are linked via a flooded savanna area during the rainy season. So one might actually expect there to be L25 in the Rio Itacaiúna and hence they are provisionally labeled as such on the stock list: L25bPseudacanthicussp. New Itacaiúna. However, these lovely fishes are more similar to L24 in their coloration. DNA samples have already been sent to a scientific institute in Brazil. It is quite possible that L24 and L25 are simply color forms or subspecies of the same species; after all, at least four variants of L24 are already known from the Tocantins and the Araguaia, and, as already detailed above, there are at least two variants of L25 in the Xingu. 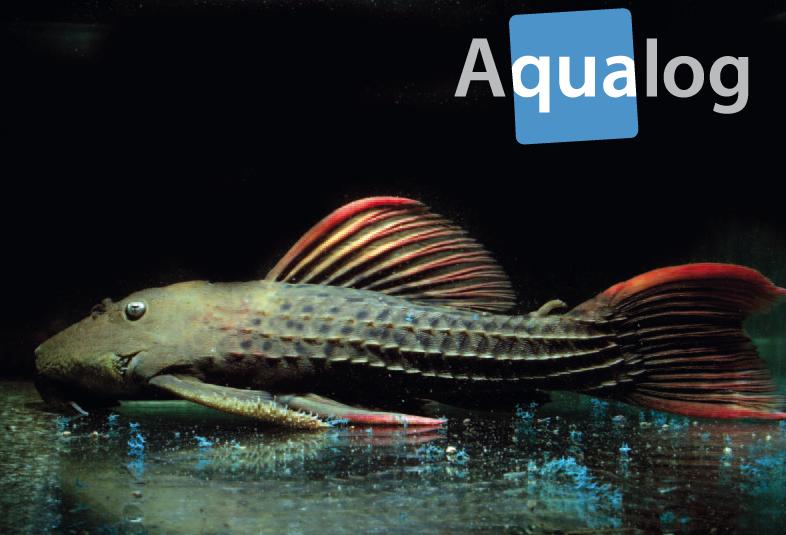 Scarlets in the aquarium
Except for the impressive size these fishes can attain, they are comparatively easy to keep, with no special requirements as regards either water chemistry or food. However, a really large filter is a prerequisite for successful maintenance, as these large fishes eat a lot, and anyone who eats a lot also sh….., oops, produces a lot of excreta.Pseudacanthicusspecies are carnivores that accept mainly frozen or manufactured foods, with vegetable fare being largely ignored, although if they are kept in the company of large herbivorous species they can sometimes seen to nibble at cucumber, zucchini, and the like. However, no research has been performed as to whether they actually need this food or simply eat the vegetables in the competition for food.
Scarlets are usually peaceful towards other fishes, but they shouldn’t be kept with rays as they may behave badly towards them. Scarlets can also be nasty to conspecifics, and hence are usually kept in pairs. It isn’t all that difficult to determine the sexes in well-established specimens, at least as far as males are concerned, as they not only have a more pointed head and slimmer body, but also possess much longer odontodes on the pectoral-fin spine. But with freshly imported specimens you can never be quite sure whether a putative female isn’t just a well-nourished male that just doesn’t happen to be in spawning mood – outside the breeding season the odontodes may shrink away rapidly. If several specimens of around the same size are available for comparison, then, viewed from below, the form of the ventral fins is a good indication of gender – they are always comparatively longer and more pointed in males than in females. Because of the variation described above, you should always try to obtain a pair from the same importation, as this will minimize the risk of accidentally mating different populations together and producing undesirable crosses. 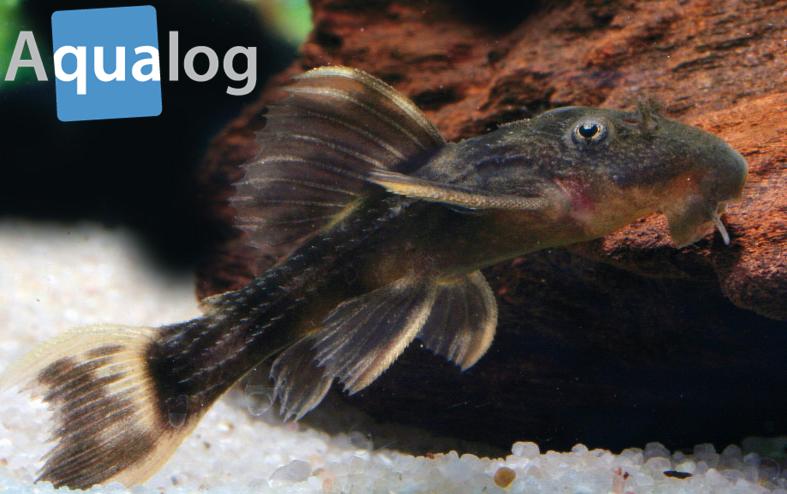 Can such large fishes be bred?
Yes, they can, though the breeding of Scarlets is still far from being routine. At present Scarlets can once again be exported from Brazil, something that was banned a few years ago. During that time increased efforts were made at breeding.
Scarlets are typical cave-brooders, with the male tending and guarding the spawn. Clutches are very large, and 300-500 eggs are not uncommon. Mating can be a very rough affair, and afterwards females often look as if they have had a wire-brush applied to them. Good water hygiene and humic substances in the aquarium (Alder cones, dead leaves, peat) will ensure that the female recovers rapidly. The spawning pipe should be closed at one end. Unfortunately there are no ready-made products for such large fishes available in the trade, so you will need to make your own. The spawning pipe should be roughly as long as the fish and slightly smaller in diameter than the width and height of the fish with its fins erect.
Unfortunately the rearing of cactus catfishes remains generally beset with problems (see Seidel, 2013), but nevertheless recently tank-bred youngsters of L25 have been available from time to time, albeit rarely. 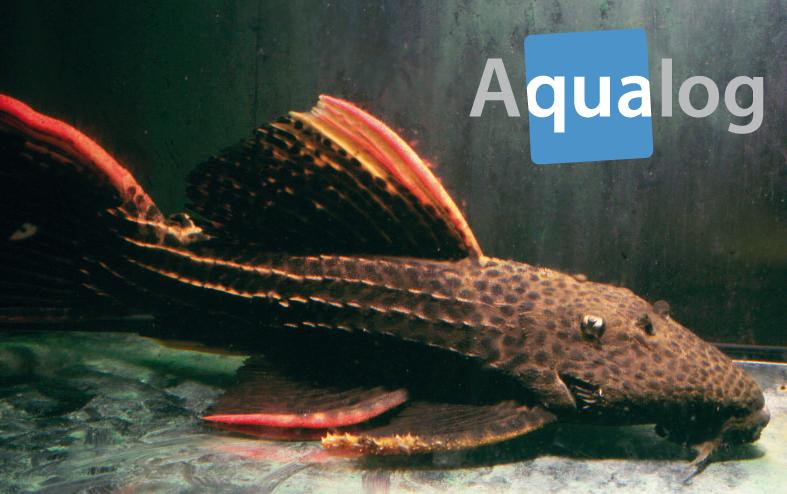