More than 30 years ago Australia imposed a total ban on the export of reptiles and amphibians. As a result since then people have resorted to keeping popular species available via captive breeding. This has worked very well for all the affected species, but none so successfully as the Bearded Agama.
Bearded Agamas live a hard life in the wild. They are true desert dwellers that suffer a constant lack of food and water. And they in their turn are an important source of food for carnivores. Bearded Agamas counter these challenges with a variety of strategies: thus they eat pretty much anything that fits into their mouths, get by with very little water, and breed extremely abundantly. This method of survival functions not only in the desert, but also under terrarium conditions. And this is one of the basic reasons why the Bearded Agama has become a perfect terrarium occupant.

Naturally tame
But a second such basic reason is that by nature Bearded Agamas exhibit very little fear of humans and have a rather phlegmatic approach to life. In the wild this behavior helps to conserve valuable energy resources. No animal wastes energy unnecessarily, but for an animal from a habitat with so little food as that of the Bearded Agama to do so would be a senseless invitation to a death sentence.
In addition the Bearded Agama bites only rarely, a characteristic that is seen as a positive by the majority of animal owners. There may be individual variations, but normally a Bearded Agama gives plenty of warning by opening its mouth wide, lowering its “beard” in threat, and hissing, before it bites.
Interestingly it has only recently been discovered that Bearded Agamas possess primitive poison glands, whose purpose remains totally unclear at present, however. No signs of poisoning in humans have been described. Thus a bite from a large Bearded Agama may well bleed, but apart from the treatment of the wound with antiseptic usual for any animal bite, no further medicinal measures are required. 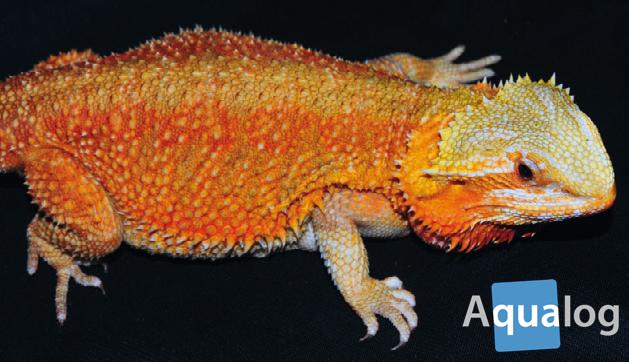 The cute factor
Its undemanding nature and tameness were certainly important factors in the triumphal progress of the Bearded Agama through the terrariums of the world. After all, the Bearded Agama is thought to be the reptile most frequently traded all over the world! But a pleasing appearance is also important. And the Bearded Agama offers that in several respects.
Firstly, the Bearded Agama – zoologically speaking ”the” Bearded Agama belongs to the speciesPogona vitticeps– has the broadest head of allPogonaspecies. This makes juveniles in particular look particularly charming to us humans. Creatures with large heads instinctively awaken protective urges in us humans. This is probably a decisive reason why of the remaining sevenPogonaspecies, onlyP. henrylawsonihas achieved any degree of terrarium-hobby importance; the other species are maintained only by specialists. 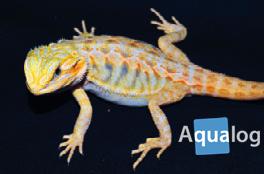 Widely distributed and rich in variants
In the wild the Bearded Agama is distributed over a large part of the desert regions of eastern central Australia (New South Wales, Northern Territory, Queensland, South Australia, Victoria). It is considered completely unendangered in the wild and isn’t included on the IUCN Red List.
Not surprisingly, within this huge distribution region there are local differences in the appearance of the populations. Witten & Coventry (1990) studied a dwarf population from the Big Desert (Victoria), but found that apart from the fact that these specimens attained a head-body length of at most only 17.5 cm (as opposed to 25 cm in the other populations studied to date), there were no significant differences that would justify erecting a separate subspecies or even species.
But a wide distribution is almost always a prerequisite for a completely different phenomenon: the occurrence of cultivated forms. As the crossing of individuals from different populations that never encounter one another in the wild leads relatively quickly to genetic patterns that manifest externally, including in coloration for example. If such specially colored specimens are then bred together deliberately then the result is cultivated forms like those illustrating this article. 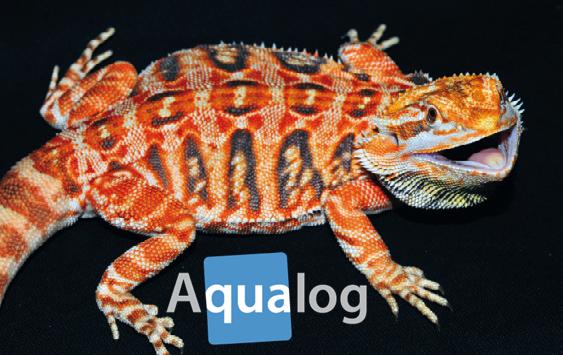 Inbreeding – a problem?
The term “inbreeding” always has negative connotations for amateur breeders. This is because among humans very close relatives shouldn’t have children together as there is a danger of genetically-induced deformities or illnesses resulting. But this is of no concern in animal breeding. Without close inbreeding there wouldn’t be a single domestic form of animal, ie no dogs, no cats, no cattle, sheep, or horses, no chickens, and no Bearded Agama color forms. The Bearded Agama color forms are essentially just as healthy and fit for survival as their wild-colored and wild-living cousins. 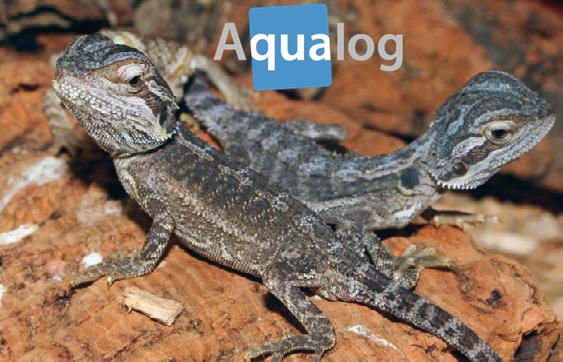 Beware of overbreeding
You should, however, be suspicious if Bearded Agamas are offered at knock-down prices. The reproductive rate of Bearded Agamas is very high. Females produce between 11 and 16 eggs in every clutch. Sexual maturity is attained at the age of 2-3 years and females can produce several clutches per year. And that is precisely the point: even though Bearded Agamas lay eggs, and hence the embryos aren’t nurtured via the uterus as in mammals, the subsequent fitness of the young is nevertheless strongly dependent on the state of health of the mother.
There are short-sighted breeders who see only the chance of a quick profit and treat their females as regular breeding machines. Among enthusiasts this is known as overbreeding, and the resulting youngsters are very often susceptible to disease and not properly equipped for survival. These phenomena are then, out of ignorance, blamed on “inbreeding”, when in fact inbreeding has nothing at all to do with it.
Responsible animal breeding always involves stringent selection and proper treatment of the breeding stock. That costs money and hence top quality Bearded Agamas are always somewhat more expensive. Good quality Bearded Agamas will always provide you with a lot of enjoyment. No other reptile combines robustness, attractiveness, and ease of maintenance in such an ideal manner. 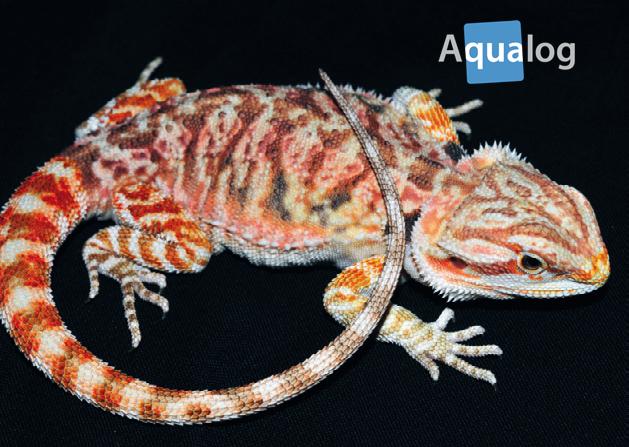