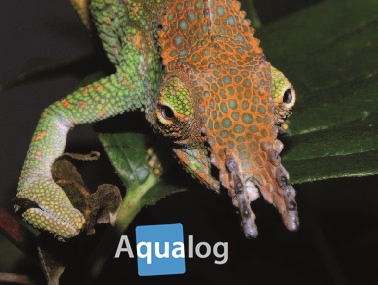 The Usambara Mountains in north-eastern Tanzania are among the oldest mountains on Earth. They came into existence more than 600 million years ago. They are cloaked in cool, extremely species-rich rainforest – sometimes termed a ”hotspot of biodiversity”. Many interesting creatures reach Europe from this region.

These animals include the two-horned chameleons (Kinyongiaspp.), a fascinating group of egg-laying chameleons. A number are imported more or less regularly, while others are available captive-bred. 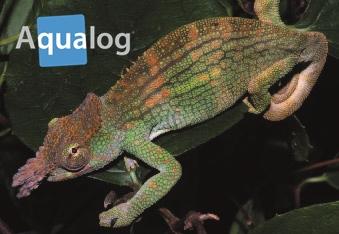 Natural distribution
The Usambara Mountains represent only a part of the distribution region of the two-horned chameleons. They live the length of the remains of the roughly 30 million years old montane forests of the so-called Eastern Arc, which lies in the border zone between Kenya and Tanzania and includes the Chyulu Hills, Kilimanjaro, Mount Meru, the Taita Hills, North Pare, South Pare, the West and East Usambara Mountains, Nguu, Nguru, and Uluguru – to name only those best known here in Europe.
Unfortunately even the remains of the former jungle are seriously threatened. The start of the massive felling was the work of, inter alia, the Germans who once held a colony in what is now Tanzania. Because the climate in the Usambara Mountains is very pleasant (by day it is no warmer than 30 °C year-round, while at night the temperature drops to a comfortable 15-17 °C) and there is no malaria there, the area was a favorite place for colonial settlement. This began in the late 1880s, and the first descriptions of two-horned chameleons date from that time. 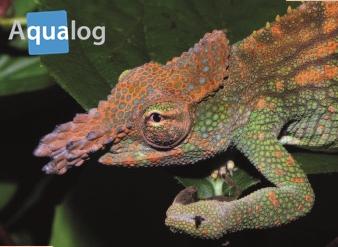 Problematical systematics
All chameleons were formerly placed in the genusChamaeleo. The two-horned chameleons were later transferred to the genusBradypodion. Then just a few years ago, specifically in 2006 (Tilburyet al.), a separate genusKinyongiawas erected for the egg-laying chameleons of East Africa. The two-horned chameleons were also assigned to this genus, but because the fine details of the systematics were unclear they were as a rule referred to as theKinyongia fischericomplex. Shortly thereafter it proved possible, largely on the basis of molecular data, to throw some light on the nomenclatural muddle of the species (Mariauxet al., 2009)., Additional species descriptions followed as a result of this important work, and today a total of 18 species are placed in the genusKinyongia, five of them not discovered and scientifically described until the current millennium. But in the hobby many if the individuals imported continue to be sold asK. fischeri, even though that species is hardly ever actually seen in the trade. The majority of the ”K. fischeri” imported probably belong to the speciesK. multituberculataandK. matschiei. By contrast the names are usually guaranteed among captive-bred stocks, as in the case ofK. boehmei, for example, photos of which illustrate the first two pages of this article. 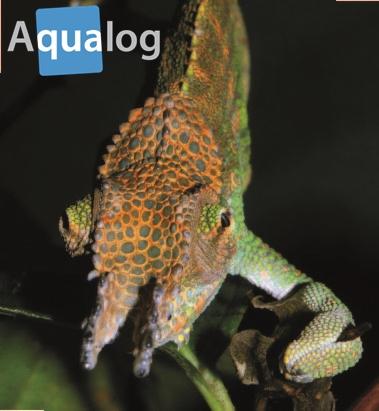 Not easy-peasy, but equally not impossible
For a wide variety of reasons chameleon maintenance is not for the beginner, except in the case of the speciesChamaeleo calyptratus, which has become a domestic pet.
These animals are naturally relatively short-lived. Wild-caught specimens need to be regularly treated against all sorts of pathogens (internal parasites), plus chameleons have a high drinking water requirement that must be provided every day, and they aren’t always problem-free when it comes to feeding, as they prefer a varied diet. In addition, when keeping chameleons it is a lot more important to provide the very different, species-specific requirements as regards microclimate than it is with the majority of other lizards. In the case of two-horned chameleons the main such requirement is a hefty night-time drop in temperature to 15-18 °C. By day the temperature can be 25-28 °C. Anyone who can’t guarantee this nocturnal drop in temperature should steer clear of two-horned chameleons, attractive though they may be.
Because space doesn’t permit extensive discussion of their other maintenance requirements here, the reader is referred to the specialist literature; fortunately this is adequate and indispensable to the conscientious owner of these fabulous creatures. For breeding see our book tip, for general maintenance, etc we recommend Necas, P. (2010):Chamäleons – Bunte Juwelen der Natur. Edition Chimaira, Frankfurt, 366 pp., for example. 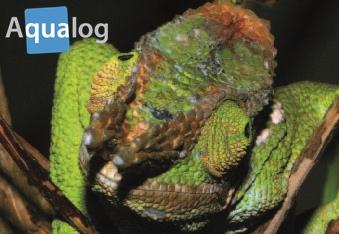 Usambara Violets and chameleons
We would just like to add that fortunately the outlook seems relatively good for many species of two-horned chameleons. Despite the great age of their habitat, some species at least are able to adapt very well to human civilization. This is also the reason why some species are regularly available in the trade. A terrarium with a two-horned chameleon (they are usually kept singly), a number of interwoven branches, and some Usambara Violets (Saintpaulia), will bring all the magic of ancient Africa into the living-room.
If you are now filled with the desire to keep two-horned chameleons, your pet dealer can undoubtedly order them for you from a trustworthy wholesaler 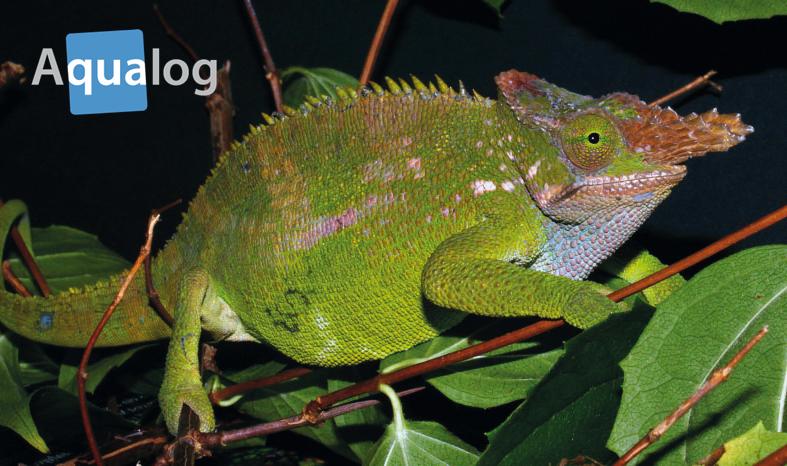 One thought on “Cool at night – two-horned chameleons”