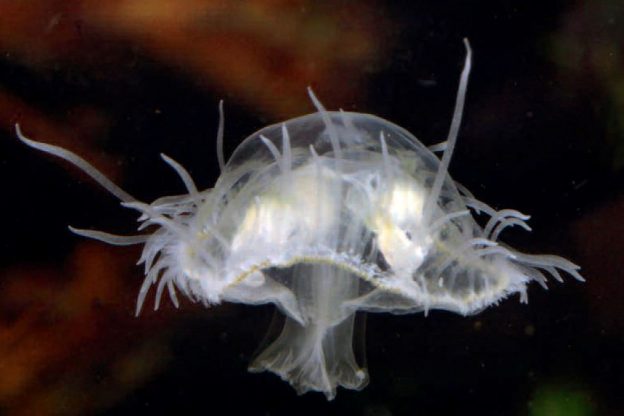 Most people know jellyfishes only from the sea, where they are generally unpopular as they can deliver serious, even fatal, stings with the sting cells situated on their tentacles. But hardly anyone knows that there are also jellyfishes that live in fresh water, and which are completely harmless to humans.

Detective work
But where did this creature appear from so suddenly? It was already known that jellyfishes are no more than the sexually reproductive stage of a polyp. Jellyfishes belong to the phylum Cnidaria and their closest relatives are the sea anemones and corals. Hence the normal habitus of a jellyfish looks like a small sea anemone. This can perhaps best be compared with toadstools and mushrooms. The normal state of these fungi is a network of filaments that live underground. The parts that appear above ground and can be made into tasty dishes (as long as they aren’t poisonous fungi) are only the fruiting bodies, not the fungus itself.

It was thus supposed right from the start that the jellyfish arrived in the greenhouse in polyp form, attached to waterlilies. Because the greenhouse in Regent´s Park was dedicated to the queen of all the waterlilies, theVictoria regiafrom South America (hence the nameLimnocodiumvictoria), it was supposed that the original home of the freshwater jellyfish was in South America.

The polyp is discovered
Accordingly a successful search was made for an unknown polyp in the waterlily tank in Regent´s Park. A tiny polyp, only 2 mm across, was discovered. It looked a bit like a Cluedo playing piece with a bristly hair-do. Sometimes 2 to 4 polyps unite into a small colony 5-8 mm across. The jellyfish comes into being when the head of the polyp transforms into a little ball, which, when it detaches from the polyp, is open on the underside, in other words bell-shaped. In the course of its growth the “bell” becomes an ever-flatter disc. The fully-formed, adult jellyfish – another word for this stage is medusa – is eventually around 2 cm across. 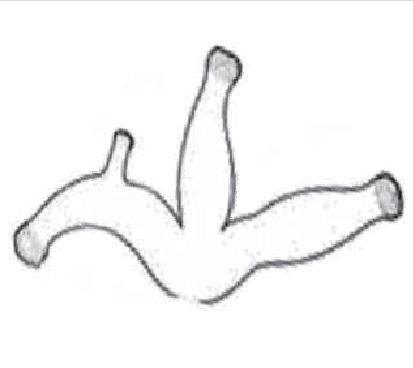 Worldwide distribution
Nowadays this freshwater medusa is found on all the continents of the world except Antarctica, though it remains a mystery how it has managed to spread so extensively. However, the puzzle of where it came from originally appears to have been solved. This jellyfish almost certainly originated from the Yangtze drainage in China, which is also home to 2-3 further species of the genusCraspedacusta. The actual number of freshwater medusae in existence remains unclear. More than 20 species of freshwater jellyfishes have been scientifically described, but of these only 3-5 species ofCraspedacustaand 2-6 species ofLimnocnidaare regarded as valid. The latter genus is commonplace in Lake Tanganyika.

But back toCraspedacusta sowerbii. In 1905 it turned up in Germany (in Munich), in 1969 in Sweden, and in 2002 in Lithuania. But only the medusae are conspicuous, the tiny polyps are probably almost always overlooked. 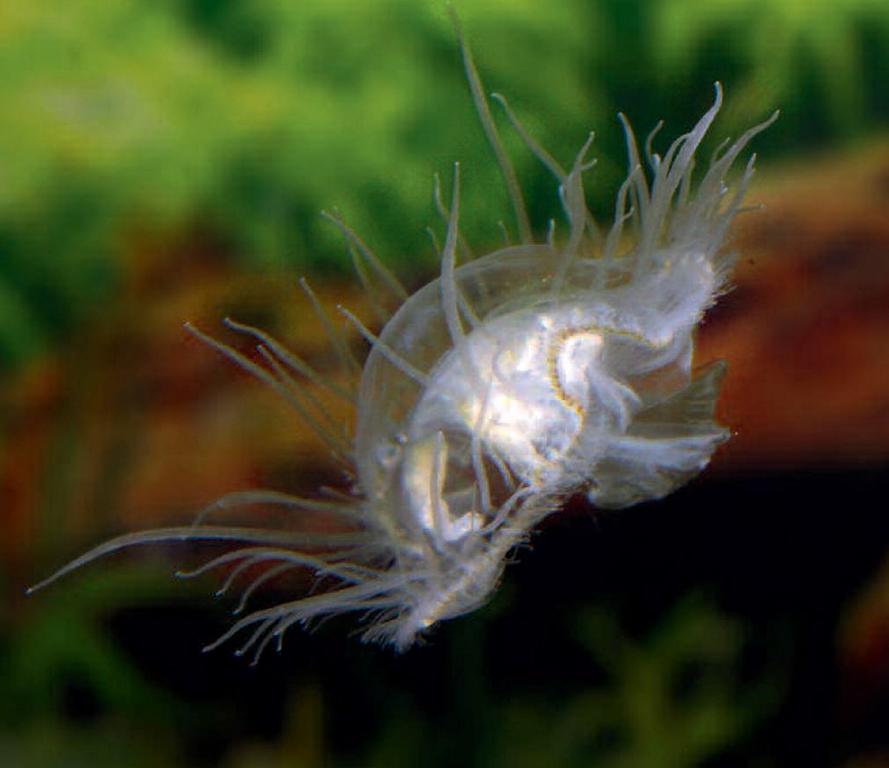 Medusae only when hot
By now the biology of the freshwater jellyfish has been so intensively studied that we know why the medusa stage occurs so rarely and then usually comes as a surprise. Medusae develop only at water temperatures of 25 °C upwards, which at our latitudes aren’t guaranteed every year by a long chalk. The polyp stage may thus have lived for many years in a body of water before it suddenly springs into medusa production in a warm summer. This also explains why freshwater jellyfishes sometimes “appear out of nowhere” in warm-water aquaria.

Only females
The medusa stage actually serves for sexual reproduction. Male and female jellyfishes release their sperm and eggs into the open water. Fertilized eggs settle on a substrate and develop into polyps. The polyps reproduce by division.

For some strange reason there are only female medusae, at least in Europe, so sexual reproduction is precluded. This means that all the freshwater jellyfishes outside China are apparently clones of the individuals that first turned up in Regent´s Park in 1880! 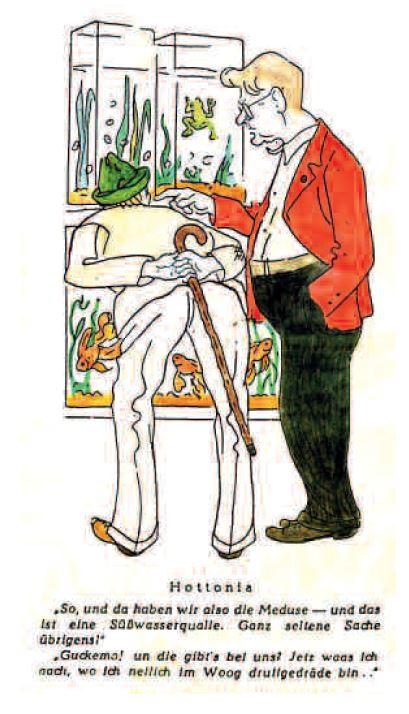