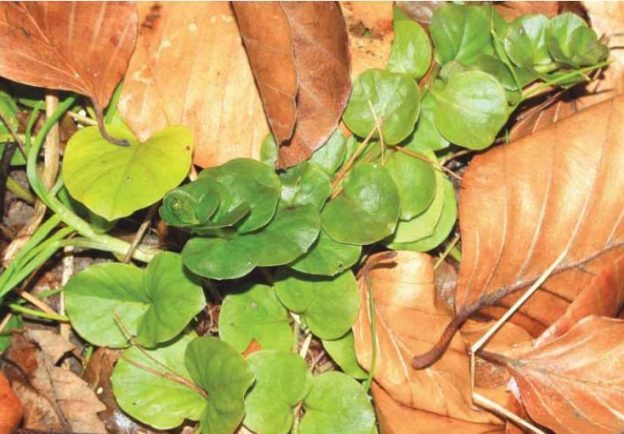 There are only a few plants native to central Europe that are well suited for permanent indoor cultivation. Creeping Jenny (Lysimachia nummularia), a member of the primula family, is a notable exception.

It is a little surprising how poorly this plant is known among vivarium enthusiasts, even though it really can be used for any purpose. It will grow as a ground-cover terrestrial plant in moderately damp woodland terraria and just as well completely submerse as an aquarium plant, where it transforms to an upright habit of growth. It can, of course, also be used in and around the garden pond, where it is completely winter-hardy and will give pleasure with its large, attractive, egg-yolk yellow flowers from May to July. This plant is exceptionally common in central Europe and can be collected from the wild as it is not protected, but it is also sold cheaply at both aquatic plant nurseries and garden center, so it isn’t necessary to disturb wild populations. 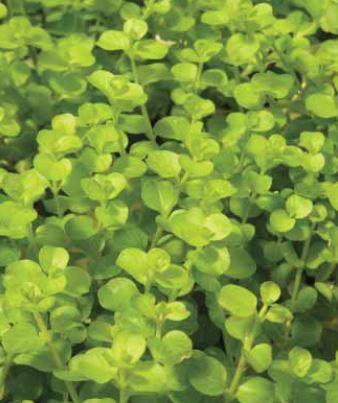 The cultivation of Creeping Jenny is really easy. Any cutting with around five pairs of leaves is suitable for planting, and can simply be stuck in the soil. In the wild roots form at every leaf axil – the leaves are in opposite pairs – that touches the ground, and it will root just as easily in the terrarium or aquarium. Humus-rich leaf mold can be used as the substrate for cultivation in the terrarium, and will also be populated with numerous micro-bacteria, fungi, mites, etc), a fact that offers many advantages in the everyday running of the terrarium. In the aquarium unwashed sand will do at a pinch, but the plant will grow more vigorously if compost is used. Even moderate illumination (upwards of 0.5 watts of fluorescent lighting in aquaria up to 30 cm deep) will be adequate for growth. Water chemistry (hardness, pH) is of subordinate importance. Because the terrestrial form can adapt to an aquatic existence without losing its leaves, Creeping Jenny is ideally suited to containers – for newts, for example – that in the course of the year are maintained as both an aquarium and a terrarium.