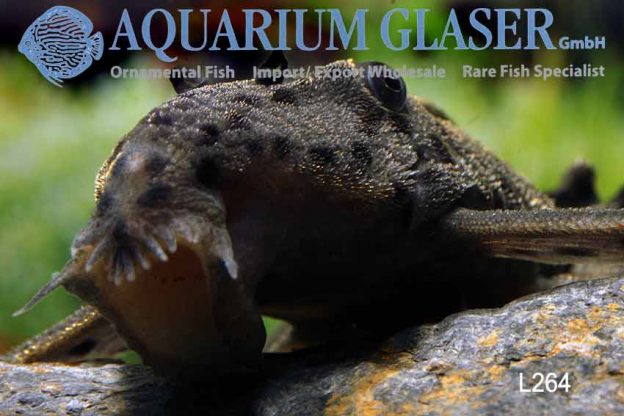 First place – Leporacanthicus from the Rio Tapajós: L263 and L264 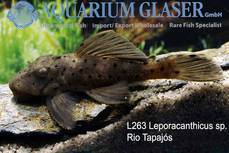 We received from Brazil two species of pretty carnivorous loricariids. Both originate from the Rio Tapajós, where they occur even syntopically. L264 has been described scientifically under the name of Leporacanthicus joselimai, whereas L263 still waits for a scientist to take a closer look on it.

It is very unusual that two closely related species live in the wild together. Usually one species will dominate the other. But in this case it obviously works. Both L-numbers for sure represent species on their own, as both have been bred already successfully in aquaria.

Both species attain a maximum length of about 15-20 cm. 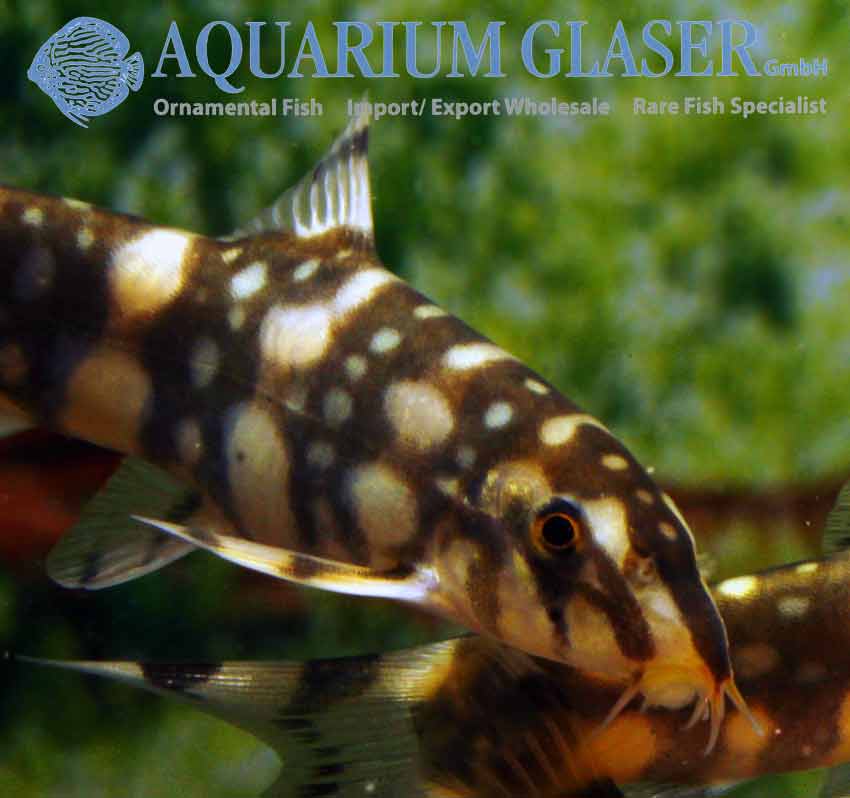 Sometimes it’s hard to believe. If one reminds that currently 160 species of Corydoras are scientifically accepted, plus 159 C-numbers, plus 107 CW-numbers, it is more than likely that every newly imported Corydoras could be applied to at least one of these fish. But far from that! Last week we obtained Corydoras under the name of “Corydoras potaroensis”. Our new fish is very similar to C. potaroensis, but differs from it by many black dots all over the body and the fins. In the original description of C. potaroensis, Myers writes: “There are no spots on the body or fins, the only markings being faint lines running parallel to the vertical plate-sutures.” This is meant with the exception of the large black spot in the dorsal fin and the black eye-band. So we stocked the new fish under the provisional name Corydoras sp. aff. potaroensis “Spotted”. 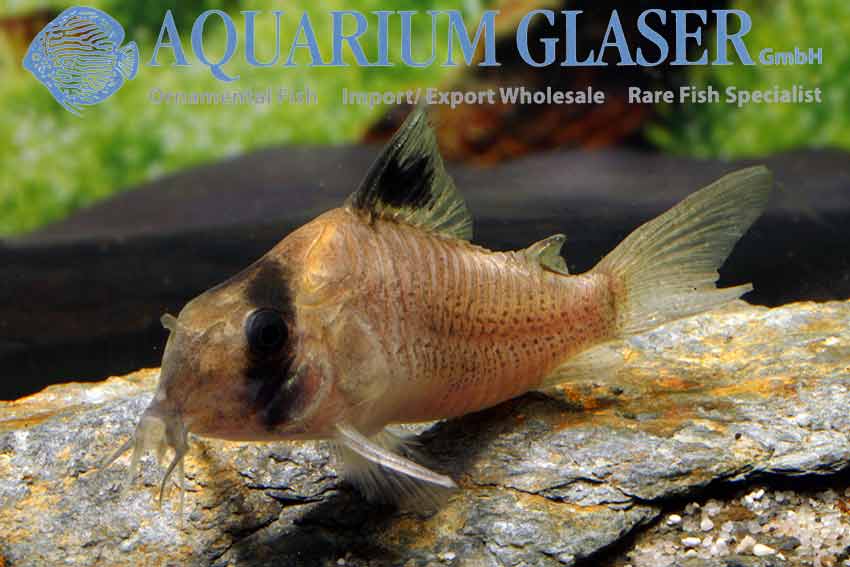 The species belonging to the genus Retroculus – currently three species are described scientifically, one additional species is still undescribed – have ever been extremely rarities in the aquarium hobby. Finally we are able to offer once more the beautiful Retroculus lapidifer from Brazil. The fish have ideal sizes (7-9 cm), but are, however, available in very limited numbers only.

Despite the similarity to the species of Geophagus, Retroculus are no closer relatives of these cichlids. Retroculus are members of a cichlid subfamily – the Retroculinae – on their own and are regarded to be the most basal living cichlids of the New World.

The swimming bladder of Retroculus is much reduced, so they are not able to hover free in the water column. In nature, these fish dwell near by rapids. In case of danger they flee in the strongest current where almost no other fish can follow. When the danger is gone, Retroculus rest in very quite or standing water. A good current is thus necessary in the tank (this is also necessary due to the fact that Retroculus are very sensitve against pollution), but the fish need also resting places.

The scientific name “lapidifer” means “stone-bearer”, for it was known already in 1855 that these fish build nests for spawning which are made from small stones. Each stone is carried to nest with the mouth by the parent fish. Retraoculus have spawned now and then in aquaria already, it was also possible to raise some of the offspring, but to the best of my knowledge a complete natural breeding success has not been reported yet.

Retroculus should be kept always in groups (four specimens or more), otherwise they become very shy. The ground of the tank should be made mainly from fine sand, which is use by the fish quite often to search for food. Feeding Retroculus is not difficult at all, for almost any usual fishfood is taken readily. The water should be soft and slightly acidic (pH 5,5 – 6,8). In the wild, water temperatures between 21.5 and 35°C have been measured in the biotopes of Retroculus, but in aquaria it is best to keep them between 22 and 28°C. The temperature may be 2° higher for breeding attempts. Retroculus lapidifer becomes about 20-25 cm long. 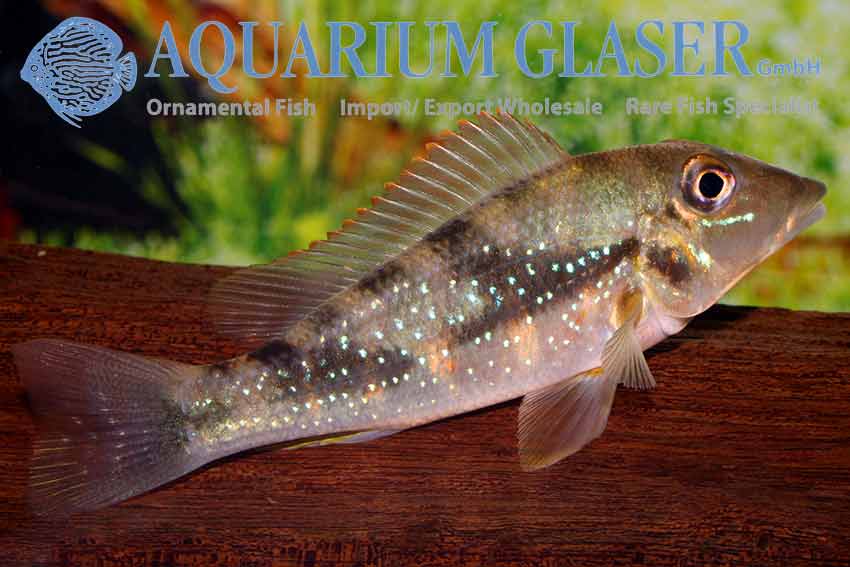 Only very rarely this beautiful dwarf cichlid becomes imported. Nevertheless it is known in the hobby for quite a long time. Since 1978 it was named “Aequidens sp. Orange Fin”, later, after the splitting of Aequidens and Laetacara in separate genera, Laetacara sp. “Orange Fin”. The scientifical valid description appeared only in 2007, when Staeck and Schindler named the species Laetacara fulvipinnis. The natural distribution of the species is in Venezuela, where it inhabits the upper reaches of the rivers Orinoco and Rio Negro.

After many, many years we were able now to import L. fulvipinnis. Our recent imports are large, fully grown fish. The largest males are almost 9 cm long (including the caudal fin)! Like all members of the genus Laetacara the fish are comparatively peaceful and do not destroy plants. The species is an open brooder with a pair family. 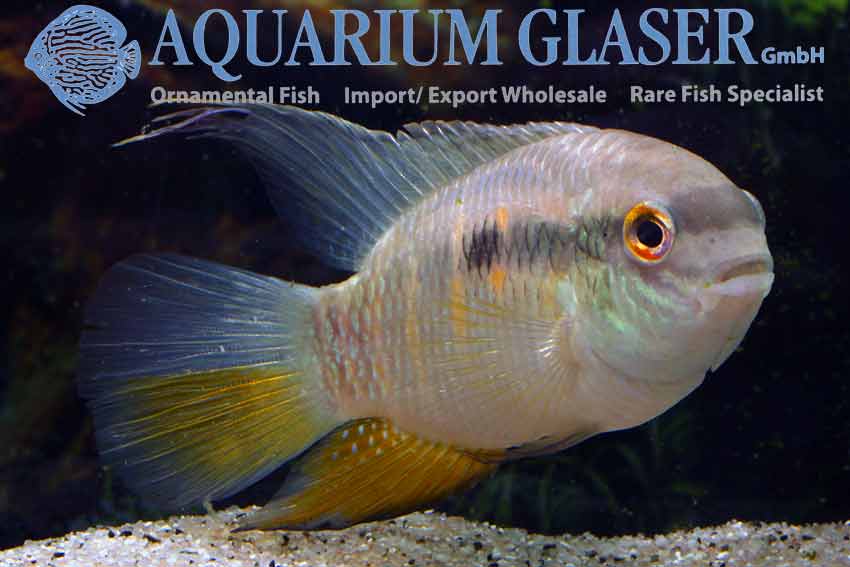