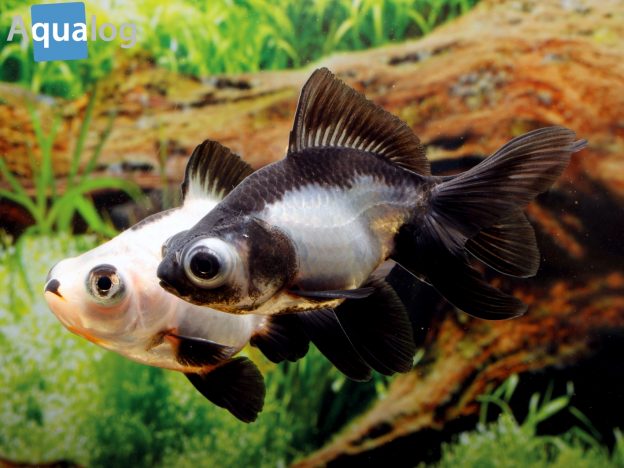 The Goldfish was the first aquarium fish in the true sense and is the oldest ornamental fish in the world. The earliest reports of gold-colored fishes, known as “Chi”, date from the period 968-975 AD; catching them was strictly prohibited by government edict. By the 16th century people in China had learned to keep and breed the Goldfish and its varieties not only in ponds, but also in earthenware containers. The Chinese can thus be regarded as the inventors of aquarium hobby, although the scientific principles of aquarium science were still unknown. In those days people worked entirely on the principle of trial and error. The genetic principles of animal breeding were also still completely unknown. Hence the “sports” already known back in the 16th century – double fins, telescope eyes, etc, and above all the much-prized color sports – were obtained by selection, without any understanding of the actual processes involved. 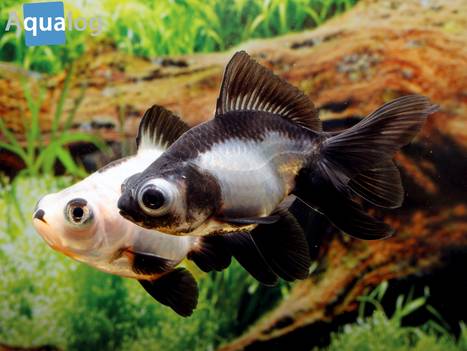 The aquarium hobby has to be learned!
The first Goldfishes probably came to Europe in the 17th century. They were expensive creatures that were maintained and bred in ponds, Aquarium maintenance didn’t become possible for people in Europe until the middle of the 19th century, after natural science had superseded superstition and brought greater enlightenment even to the common man. Because the same applied back then as today: it isn’t possible for someone to care for a fish properly by feel and keep it alive. The aquarium hobby has to be learned! In addition a knowledge of natural science is just as indispensable as solid expertise based on experience. Both must be learned either from books or from a teacher.

Aquarists and Co. as conservationists
Aquarium science began in Germany around 1850, with Emil Adolf Roßmässler being regarded as the “Father of aquarium science”, who made the maintenance of animals and plants in the aquarium popular through numerous magazine articles. The foundations for organizations dealing with aquarium and terrarium science were likewise laid in the second half of the 19th century. The Hottonia in Darmstadt, for example, was founded in 1897 and is one of the oldest organizations of its kind still in existence anywhere in the world. Roßmässler’s objective was to bring people closer to the natural history of Germany. The industrial revolution, and the associated urbanization of a large part of the population, on the one hand created a need for involvement with nature in a domestic setting, and on the other awakened fears among nature-lovers that the increasing distancing of city-dwellers from nature might have serious consequences for the level of education among the populace.
Unfortunately these fears proved only too justified. The catastrophic environmental destruction to be seen in our times, resulting from the ignorance and desire for profit of a small number of people and resulting in the extinction of entire habitats with the flora and fauna they contain, is a direct consequence of the separation of humans from nature. The natural science organizations – be they aquarists, terrarium keepers, breeders of birds, small animal enthusiasts, orchid and cactus breeders, butterfly collectors, and so forth – are the most important bastion in the battle against global environmental destruction and the worldwide extinction of species. We can only protect what we know about! For this reason nowadays natural science organizations are massively embattled against a profit-motivated lobby thatinter aliapromulgates totally senseless, so-called animal protection and species conservation legislation whose long-term objective is to completely prohibit private ownership of animals and plants.

We must never forget that not a single animal species has ever been wiped out by collection for private maintenance, and that there is no need to worry that anything of the sort could ever happen, as the laws of economics also apply to plant and animal breeding. Specifically, if an animal or plant species becomes so rare in the wild that the price rockets upwards, then it makes far better economic sense to breed it than to continue collecting it. Nowadays we can, if need be, breed every species of animal and plant that is in demand for maintenance in a domestic setting. And for that reason it has been possible to preserve many species already extinct in the wild (the reason for this has always and without exception been environmental destruction) through conservation breeding before their eventual extinction took place. 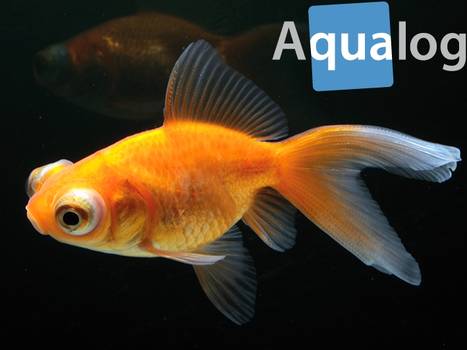 The Goldfish – a trendsetter
But back to the Goldfish! Without the Goldfish there would surely be no aquarium hobby at all. This fish was and remains a stroke of luck for aquarium science, as the genusCarassius, to which the Goldfish belongs (the scientific name of the original wild form isCarassiusauratus, domesticated forms don’t receive scientific names of their own, but have the same one as the wild form) contains outstanding survival specialists. The European Crucian Carp (Carassius carassius) is specialized on very small bodies of water and hence can even survive for a while in water containing no oxygen (it obtains life-giving oxygen from its body fat), is extremely resistant to toxins such as now regularly occur in deteriorating waters, and can even survive temporary drying-up of its habitat by burying itself in the mud of the bottom. It is a disgrace that this fish has had to be placed on the Red List of endangered species in Germany because the type of pools that the Crucian Carp requires as habitat aren’t tolerated in our tidy cultivated landscape.

Goldfishes are tough fellows
The Goldfish shares some of the resilience of the Crucian Carp. And so it tolerates (almost) every mistake the novice can possibly make in the maintenance of fishes. In addition the Goldfish is an indispensable occupant of the ornamental pond. And since time immemorial Goldfishes have bred in such ponds, providing a magical attraction for mischievous children who catch the young. This is often the first and most important encounter that young people have with fishes, a hands-on experience with living creatures whose educational value cannot be valued too highly. 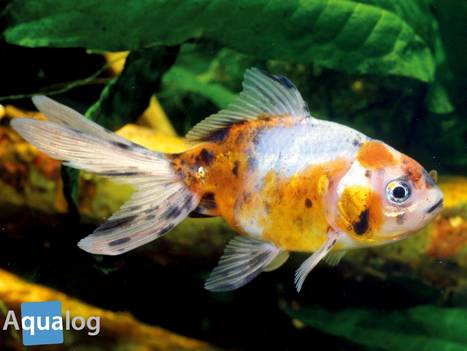 The Goldfish is not an ornament
Goldfishes will even survive “maintenance” in a so-called goldfish bowl for a while. But because of their shape these containers are unsuitable for the maintenance of fishes, as in such globes the water’s surface, via which gas exchange takes place in the aquarium (oxygen is taken up by the water, and carbon dioxide resulting from fish respiration is given off), is far too small in relation to the water volume. This not only results in a shortage of oxygen for the fishes, which have constantly to battle against suffocation in goldfish bowls, but there is also too little oxygen for the bacteria essential for an aquarium to function properly. The result is that fishes in goldfish bowls suffer slow poisoning as harmful metabolic wastes aren’t broken down by bacteria. In addition the round shape of the goldfish bowl doesn’t permit installation of the modern aquarium equipment that can be used to solve many of the problems described above. So please steer clear of goldfish bowls, even though they have a nostalgic attractiveness. Love of animals can never substitute for doing things properly! 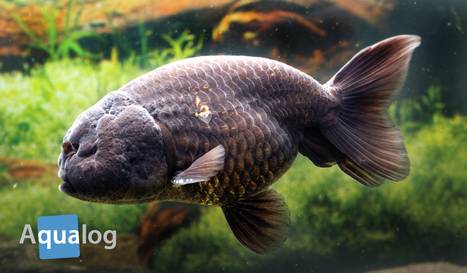 Cultivated forms
The fancy varieties of the Goldfish, such as the Veiltail, Telescope-Eye, Celestial, Pearlscale, Oranda, Fantail, etc, have divided aquarists since the aquarium hobby began. Ever since the 1880s, when Paul Matte of Berlin first started importing such forms from Japan and himself bred specimens of a beauty no longer seen today, the hobby magazines have been full of controversial articles. There are the opponents of such fishes, who despise them as deformed and unfit to live, as well as representing cruelty to animals, invariably pontificating loudly without actually having any experience of keeping such fishes, while enthusiasts seriously involved in their maintenance and breeding have a completely different point of view. From a purely legal viewpoint no cruelty is recognized in breeding such fishes. Tolerance of those with different opinions is one of the fundamental tenets of a democratic society. As, in the final analysis, nobody is being forced to keep fancy Goldfishes and, from an objective viewpoint, these fishes do very well, nobody has the right to impose regulations on the Goldfish enthusiasts.

Major exhibitions
One of the world’s oldest organizations in the aquarium and terrarium hobbies, the Hottonia in Darmstadt, Germany staged a major exhibition on the topic of Goldfish over Whitsun 2013. To the present day interest in Goldfishes continues uninterrupted, even if this isn’t to everyone’s liking. An aquarium hobby without Goldfishes is totally unthinkable. 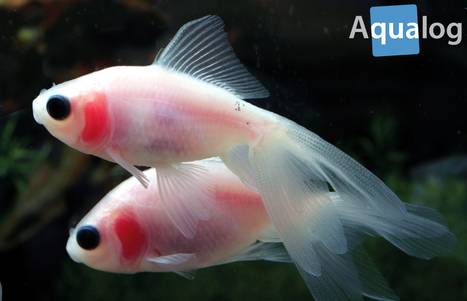