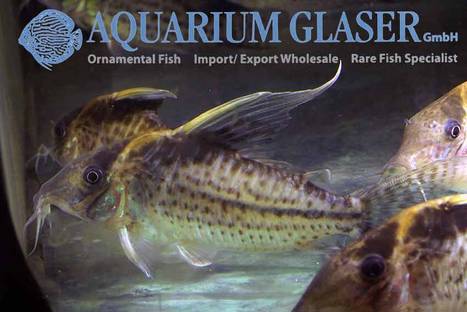 First Place Corydoras robustus
This cory belongs to the largest and most attractive species of Corydoras at all. They can reach a total length of 9-10 cm. Both sexes develop long, filamentous dorsal fins when fully grown. The males can be best recognized by the much longer ventral fins.
Currently we have very nice, fully grown, perfect conditioned specimens in stock. The photos show individuals from our current stock. 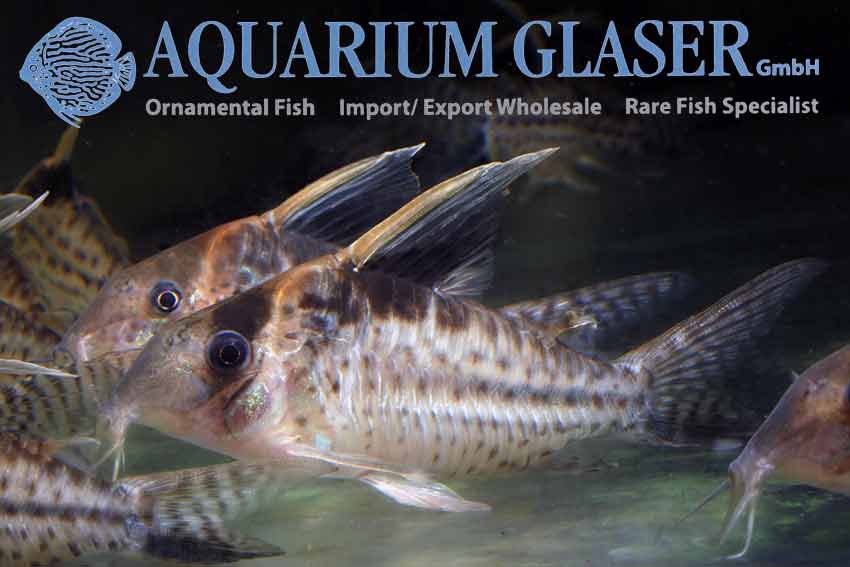 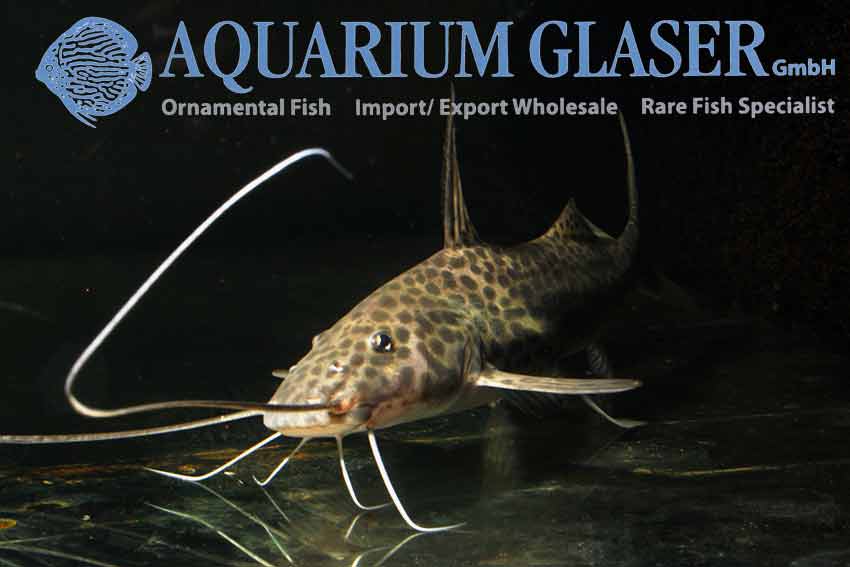 We could import a very special fish for the hobbyists specialized in predatory catfish from Peru: Aguarunichthys torosus. This species has been discovered only in 1986. Isn´t it fascinating that nature has the same solution for totally different species over and under the water? The spotted pattern of A. torosus is very similar to the pattern of the wild cats from the jungle! A. torosus becomes about 35 cm long. 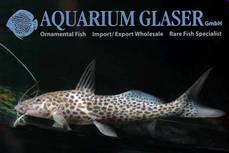 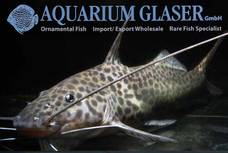 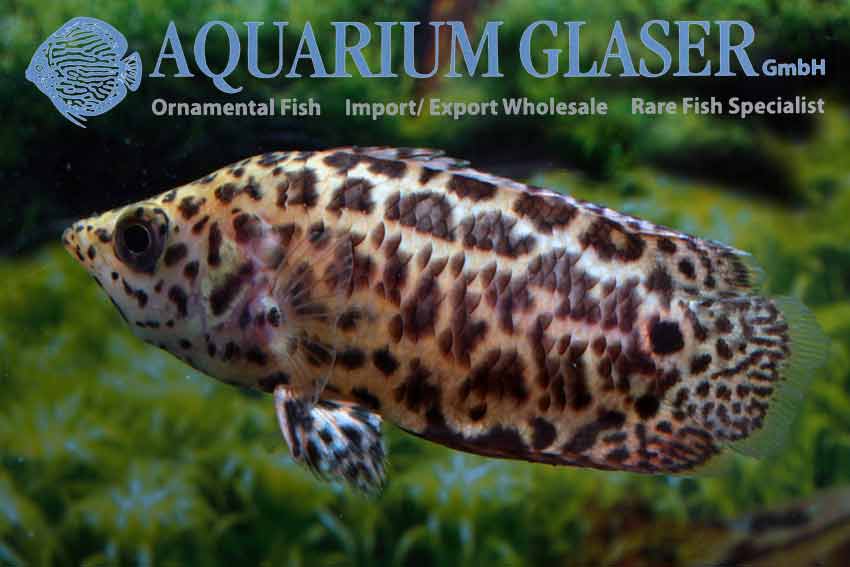 The current import from the D. R. Congo also contained some wild collected leopard bushfish. This species is available as bred from Indonesia in the last years (see http://www.aquariumglaser.de/en/archiv.php?news_id=140), but wild collected ones are very rare in the trade.
The animals show an extremely variable pattern, each individual has a different coloration. One of our fish has even regular stripes on the sides – we have never seen this in C. acutirostre before! 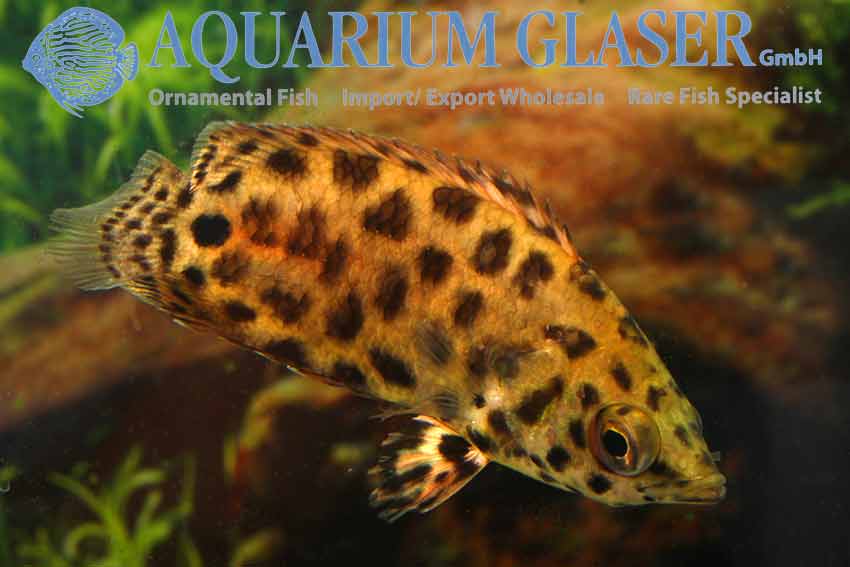 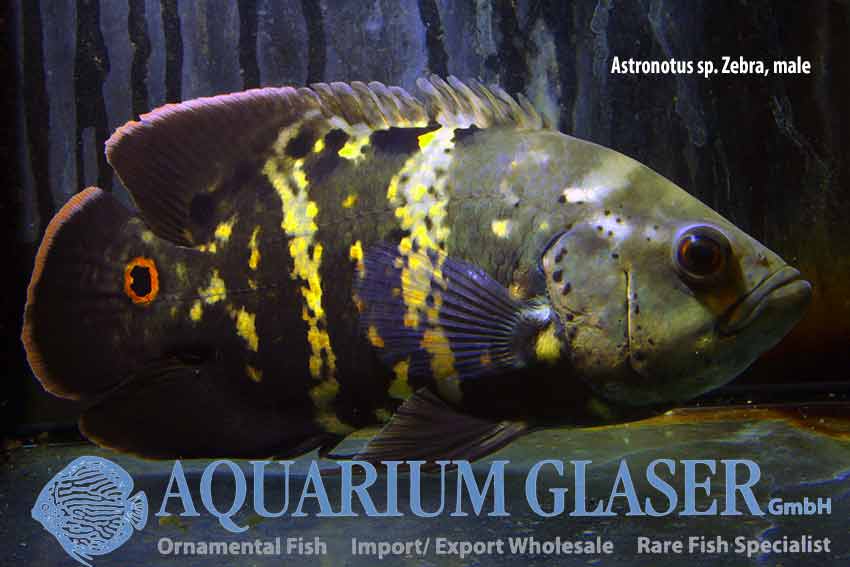 The Oscar (Astronotus ocellatus) is by far the most popular species of large cichlid from South America. This is not only because it is so splendid coloured, but also due to its behaviour: the fish becomes much larger than 20 cm, but is of calm nature and can thus be kept and bred properly in medium sized tanks of 120-150 cm length. Most Oscars in the trade are bred ones from Southeastern Asia and represent colourful sports that do not exist in the wild. This is the reason why the diversity of wild Oscar species is still only poorly understood. Currently seven species are formally described scientifically, but only one of them is widely accepted as valid, namely Astronotus ocellatus. However, this does for sure not reflect the natural conditions.
Now we could import from Brazil some large, 18-22 cm long Zebra Oscars. They are remarkablely more slender than “regular” Oscars and have a unique pattern. First of all the typical, species-specific ocelli under the dorsal fin, which are always present in “real” Astronotus ocellatus, are missing. When we take a look in the scientific descriptions of other species of Astronotus, our new importations fit best to Astronotus zebra, which has been described by Pellegrin in 1908 from Santarém. 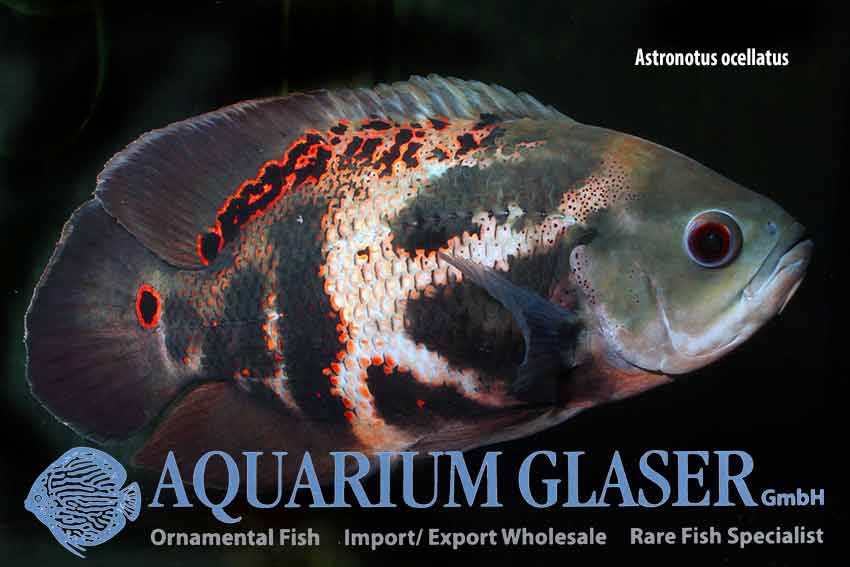 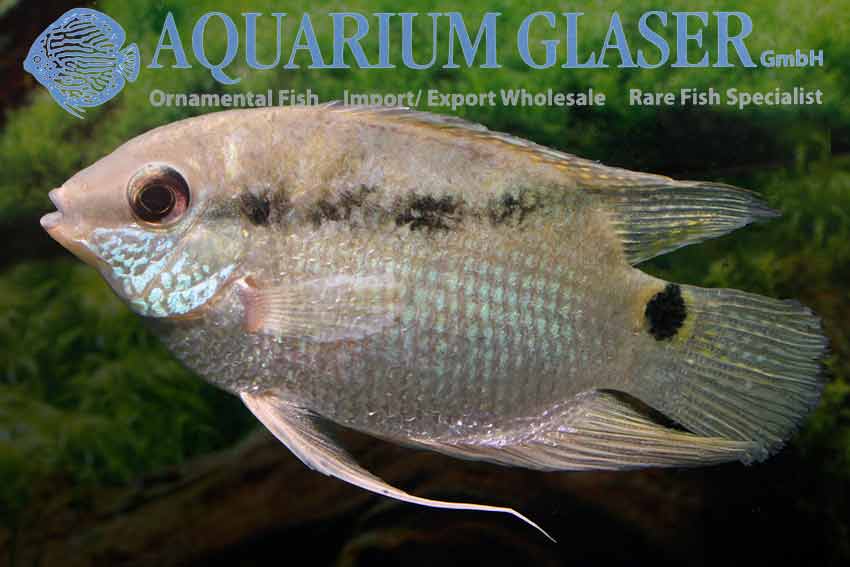 We received from Brazil very nice, wild collected flag cichlids. M. festivus is usually not kept due to its coloration, which is not very spectacular, but due to the interesting and peaceful behaviour.
But the animals that reached us now have a very interesting, blue pattern in the face. The scales also show an attractive blue shine. Moreover – this is of course not visible on the pictures – the fish are very curious and tame. Mesonauta usually are rather shy during the phase of acclimatization.