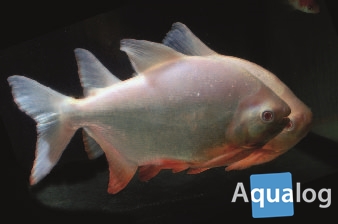 On 10th August 2013 an article appeared in the online edition of the British daily newspaperThe Telegraphunder the headline, “Swedish men must watch out for testicle-chomping fishes “. The background to the sensational, fabricated story was that a fisherman had allegedly caught a pacu in the Öresund!
In this article the reader learned that pacus (scientific names were, as usual, not mentioned) are very common in the Amazon and Orinoco region and that they have also been introduced elsewhere in the world, eg in Papua New Guinea. Where fishermen have repeatedly bled to death after pacus have bitten off their testicles.

Absolute nonsense!
Obviously there isn’t a shred of truth in all this. Pacus don’t bite off men’s testicles. They are wild creatures, wary of humans, and no attacks by pacus on humans have been documented. Our researches show that the sensationalist report was first printed on 9th August by the paperThe Local. But this article was written with an element of irony and quoted ichthyologist Henrik Carl of the Danish Natural History Museum as saying that you are more likely to drown (while bathing in the Öresund)than to have your nuts bitten off by a pacu. The story in theTelegraphon 10th August was more bloodthirsty, while on 11th August the science column (!!!!) of the AustralianInternational BusinessTimesfocused more on the naked backsides of bathing humans… Even the supposedly seriousSpiegel onlinereported the nonsense on 13th August.
All these articles (and there are undoubtedly more, though we haven’t checked) state that DNA tests have been performed in order to establish the identity of the 21 cm long pacu, as without DNA tests the species cannot be distinguished from the very similar and closely related piranhas.
The fact is, neither a pacu nor a piranha could survive for more than a few minutes in the Öresund. Because both species are tropical freshwater fishes that would rapidly expire in the sea water of the Öresund because of the salt content, assuming they hadn’t already died of cold in water far too chilly for them. Neither a pacu nor a piranha would be thinking about feeding under such conditions! 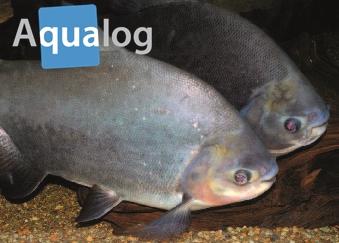 Could anything be more stupid?
Anyone who thinks that all this plumbs the depths of gutter journalism is sadly mistaken. Although the article mentioned below can only be an extremely good piece of humor, it was taken seriously and probably formed the basis of the “Pacu in the Öresund” nonsense. On the web page http:// christwire.org/2012/07/lesbian-atheists-invent-pacu-release-testicle-eating-fish-in-lake-yeager-illinois/ you will find the following very funny article: “Lesbian Atheists Invent Pacu, Release Testicle Eating Fish In Lake Yeaker Illinois”. The article appeared in the July of the previous year. Because this sort of thing can (quite correctly) be produced only under the influence of illegal drugs, here is the opening paragraph: ” The men of Illinois should be very afraid. A militant group of lesbian atheists have used genetics to create a breed of fish called the Pacu. The name of the fish is an anagram that stands for Penis Amputating Castrations Underwater. The pacu fish is actually a specialized genetic weapon..” In the text that follows we learn that the women spliced their man-hating genes into the fish and that there are only female pacus that reproduce via oogenesis – a perfect weapon against both men and the will of God. In addition the lesbian atheists made the fish genetically resistant to salt and chlorine, so that their new weapon could be introduced into both fresh and sea water: and the man-eating pacus can even survive in heavily chlorinated swimming pools where any other fish would die immediately!
The whole is so over-the-top that nobody in their right mind could possibly believe there was a grain of truth. And there is a clear clue to this in the headline, “Lesbian Atheists Invent Pacu …”. The English word “invent” refers not only to creating tangible objects but also to making up stories. 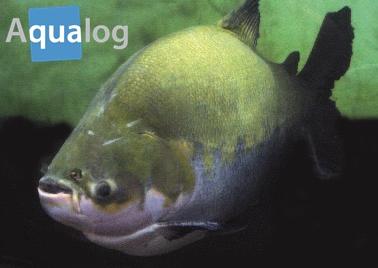 The truth about pacus
The popular name pacu originates from the Tupi indian language and is used for the herbivorous relatives of the flesh-eating piranhas in general. “The Pacu” in the narrowest sense is the species Myletes pacuJardine in Schomburgk, 1841 (=Myleus pacu), but members of the generaColossomaandPiaractusare also known worldwide as pacus. But in Brazil, for example, the term is used much more widely and the species of the generaMylossoma,Myleus,Mylesinus, andMetynnisare also called pacus, making a total of around 30 different fish species to which the name is applied. 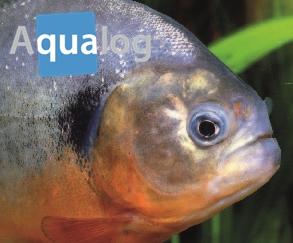 The pacus with the greatest economic importance are the speciesColossoma macropomum, also known as the Black Pacu, andPiaractus brachypoma, popularly termed the Red Pacu. The former species is now bred as a food fish not only in its South American homeland (originally there were Black Pacus in Bolivia, Brazil, Colombia, Peru, and Venezuela) but also in South-East Asia. The record size for a Black Pacu is just over a meter long (normally 40-60 cm) and it can then weigh up to 30 kilograms. This makes the Black Pacu one of the largest of all characins. The Red Pacu remains only slightly smaller. The flesh of both species is a delicacy, and as a result they are over-fished in large parts of their distribution regions and natural populations are decreasing worryingly. This is also a bad thing because both pacus are specialized fruit-eaters, seasonally at least. The seeds of trees are excreted undigested and hence these large pacus play a very important role in the reproduction of many jungle trees. 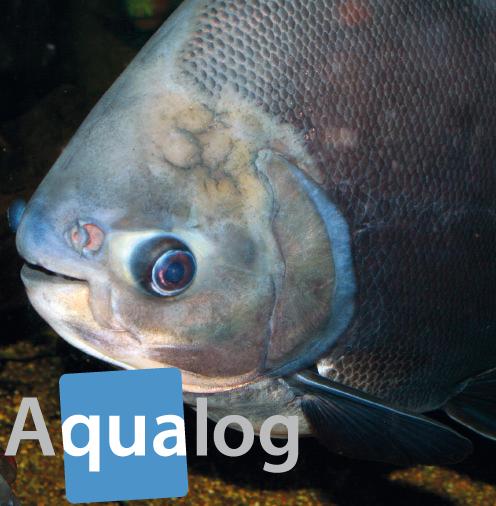 All the live pacus seen in the trade are captive-bred specimens. Juvenile Black and Red Pacus look extremely similar to the most dangerous of all piranhas, the Red PiranhasPygocentrus nattereriandP. cariba. The resemblance is so perfect that we must assume that juvenile pacus obtain a benefit of some kind from imitating the piranhas. However, it has to be said that even Red Piranhas do not represent a significant danger, to humans at least. Although Black and Red Pacus have an enormously powerful bite that can even crack nuts, a pacu never represents a threat to humans in the wild, though unfortunately the reverse cannot be said to be true. And a pacu caught with rod and line cannot be blamed for biting anything in the vicinity. 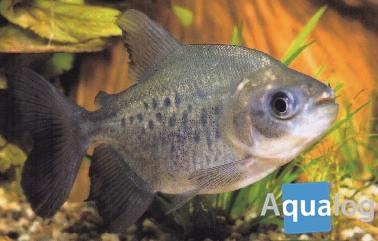 Pacus in the aquarium?
These pacus grow too large for normal living-room aquaria. They are, however, splendid specimen fishes for public aquaria, where they can easily live to more than 20 years old. Because they are bred as food fishes and are attractively colored when young, they are occasionally sold in the pet trade as “vegetarian piranhas”. But they grow on very quickly and sometimes their owners don’t have the stomach to kill them quickly and painlessly and eat them, but release them into the wild. In the vast majority of cases – for example in central and northern Europe – that means a slow and painful death for the fishes. In the tropics, however, pacus can do serious damage in foreign ecosystems that were never designed to accommodate them. So under no circumstances should fishes that have grown too large ever be released, that goes against all the principles of protection of animals. And zoos have no use for such fishes except to use them and food, and in that case you might as well eat them yourself – as previously stated, they taste good! 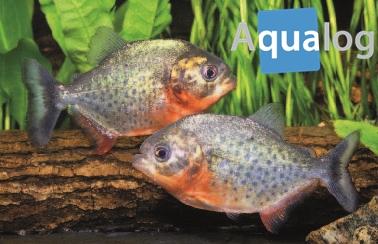 Pacus are wild animals, not monsters!

Just as mindless sentimentality about fishes that have grown to large is misplaced, in the same way the demonization of a wild fish species as a “testicle chomper” is a dreadful slander. Not only do these silly-season reports (in this issue of the News there is a further piece of summer lunacy about a snapper turtle attacking humans) and numerous other stories about wild animals in the media give the impression of having been served up by a bunch of drunken armchair fishermen instead of researched by serious journalists, but unfortunately many readers take this sort of crap seriously! The fact is that no wild creature attacks humans unnecessarily or out of malice. Man is the only animal species on this planet that kills and mutilates without reason and to excess. And when we read hair-raising stories such as this one about testicle-chomping pacus in the supposedly serious media, then we cannot escape the feeling that some people at least are fundamentally stupid.Note that even though pacus can survive for a short time in gravel pits during warm summers in Europe, there is no need to worry about these fishes launching attacks on bathing humans. Pacus avoid people and never go near them. And regardless of that the sensationalist press would have you believe, testicles are quite close by a man! 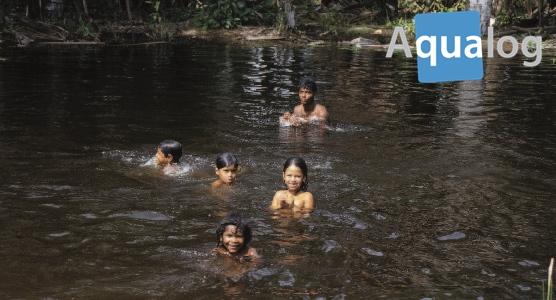 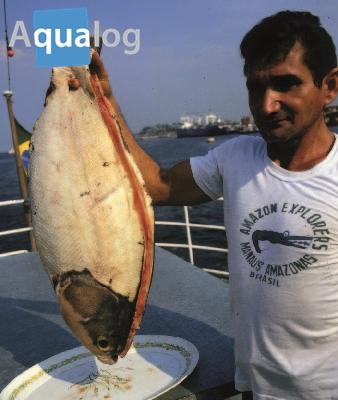