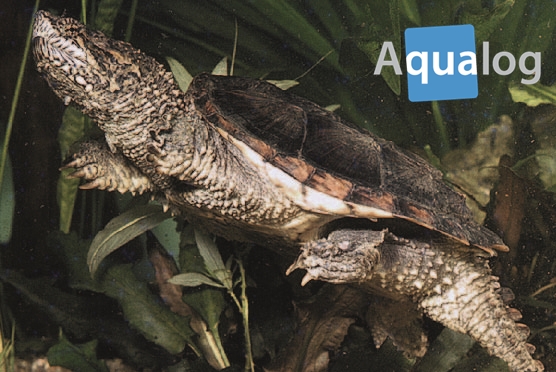 It happened in the hot summer of 2013. On Monday 5th August an eight-year-old boy received a serious foot injury, in which the Achilles tendon was severed twice, while bathing in the Oggenrieder Pool near Irsee (Ostallgäu district). Despite the total improbability of this being the case, a snapper turtle was supposed to have caused this injury.

Nobody actually saw the ill-omened turtle, not even the injured boy. According to the press (the newspaper “Kreisbote” of 11/8) the suggestion that the injury was a bite from a snapper turtle came from the doctor treating it and from unnamed experts from the Zoological Institute in Munich. However, it remains unclear how the bite of a snapper turtle can be identified, as the fact is that there isn’t a single documented case anywhere in the world of a snapper turtle inflicting such a serious injury on a human, so quite simply there are no data available for comparison. But the turtle was given a name: Lotti. And with that a PR machine swung into motion!

Worldwide attention
Anything with a name gets into the press. On 12th August BBC Europe and the Canadian CBC reported the case online, and Lotti and Irsee appeared in the papers all over Germany. Nobody expects scientific accuracy in the daily press, but it seems that not a single editor actually thought of questioning this nonsense. Instead the whole thing was blown up out of all proportion and an essentially harmless turtle, in practice far less dangerous to human heels than a dachshund, was transmuted into an up to 100 kg monster, whose release in the most popular recreational area in the region by a lawless and unscrupulous pet owner triggered an orgy of incomprehension and head-shaking among the poor, oppressed bathing fraternity. 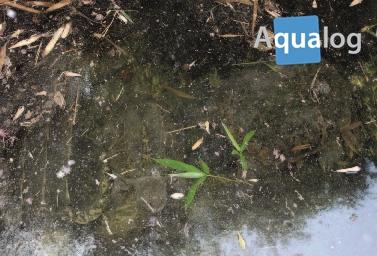 What are snapper turtles?
There are four species of snapper turtle: the Common Snapper Turtle Chelydra serpentina, which lives in Canada, practically all of the USA, and parts of Mexico; the very similar, Central and South American C. acutirostris; the exclusively Central American C. rossignonii; and finally the Alligator Snapper Turtle Macrochelys temminckii, which lives in the Mississippi basin in the USA.
Although these turtles thus occupy a vast natural distribution region, there isn’t a single authenticated report of one of them making an unprovoked attack on a bather. And yet a turtle released in Germany supposedly behaved so atypically for the species? Probably not…

Was it a snapper turtle?
Snapper turtles can in fact be immediately eliminated as the perpetrators of the injury illustrated. But let us first take a look at the Alligator Snapper Turtle, the most likely candidate on the basis of size and biting power. It is a lurking hunter, the tip of whose tongue is modified into a worm-like appendage. This turtle lies in the water with its mouth open and uses its tongue to attract the fishes on which it feeds. The Alligator Snapper Turtle, with a length of up to 90 cm and a weight of 80 kg may be the largest freshwater turtle on Earth, but were it to bite (which it would do solely in self-defense) then there would be a ring of bite marks in the form of grooves or cuts all round the ankle of the child. It couldn’t bite off a foot. Because of its mouth structure no snapper turtle, and hence no Alligator Snapper Turtle, could even bite a piece out of an Achilles tendon.
It couldn’t have been the two Central and South American species for the simple reason that they are zoological rarities and virtually never maintained in captivity. That leaves the North American Common Snapper Turtle, Chelydra serpentina. It may well be kept all over the world, except in Germany, where the Nanny State is so concerned about the danger to the public represented by wild monsters that in 1999 the maintenance and breeding of all snapper turtles was banned as a precautionary measure.
It is conceivable that someone or other bought a baby snapper turtle somewhere else in Europe, and that this person got rid of it by releasing it when it eventually grew too large – it couldn’t be sold or given to a zoo as maintenance is illegal, so that would be to fall on their own sword. Unfortunately released snapper turtles are discovered now and again, albeit practically exclusively by anglers, as Common Snapper Turtles aren’t fussy about what they eat and will also go after fishing bait. But even if Lotti exists and even if Lotti is a Common Snapper Turtle, then there is no way that she would have bitten through an Achilles tendon! Because a scientifically proven fact demonstrates otherwise: once a Common Snapper Turtle has sunk its teeth into an attacker it doesn’t let go again – as evidenced by the case of a lady pet-owner in the USA (when turtles attack). In that case a snapper turtle weighing around 12-14 kg, which had sunk its teeth into the cheek of a 16-year-old youth, caused such minimal skin damage that first aid treatment was sufficient.

Facts about Common Snapper Turtles
Females of the species grow to 24-36 cm long, while males are slightly smaller at 24 to 39 cm. The largest Common Snapper Turtle known to date was 47 cm long. These turtles usually weigh 15-20 kg, with the record being 31 kg. They can live to be more than 75 years old if allowed to, but average life-span is around 30 years. No human has ever died at the hands of a Common Snapper Turtle, but every year innumerable individuals are killed by humans purely for pleasure or for food. Common Snapper Turtles reproduce via eggs, which are laid in a pit on land. Around 10-30 eggs are produced per clutch, with the young hatching after 9-18 weeks, when they measure four to five centimeters in length. Despite persecution by humans, the adaptability of snapper turtles means their populations aren’t threatened. 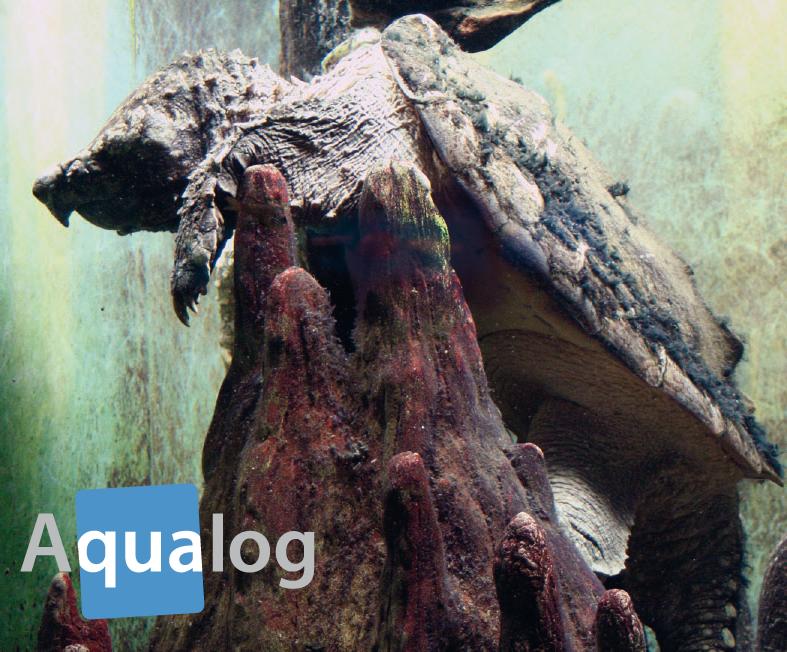 Not wicked
The total ban on the maintenance of snapper turtles in Germany has repeatedly been justified by the danger they supposedly represent. There can be no doubt that larger specimens can inflict bite damage (comparable to dog bites) on humans. The severing of a finger cannot be ruled out. But such injuries are exclusively the result of careless handling. A snapper turtle will never under any circumstances attack a human without provocation.
The handling of large snapper turtles does, of course, need to take place. A sturdy net with as fine a mesh as possible is the best tool for moving Common Snapper Turtles. Simply make sure that the head of the turtle is pointing away from the body of the handler, as that way nothing can go wrong. Very large Common Snapper Turtles can’t be handled by one person alone, but such massive specimens are very expensive and valuable. People who own them require no advice from us.
Snapper turtles are usually peaceful among themselves and towards other turtles. Their maintenance presents relatively few problems overall, but is, as already mentioned, banned in Germany. 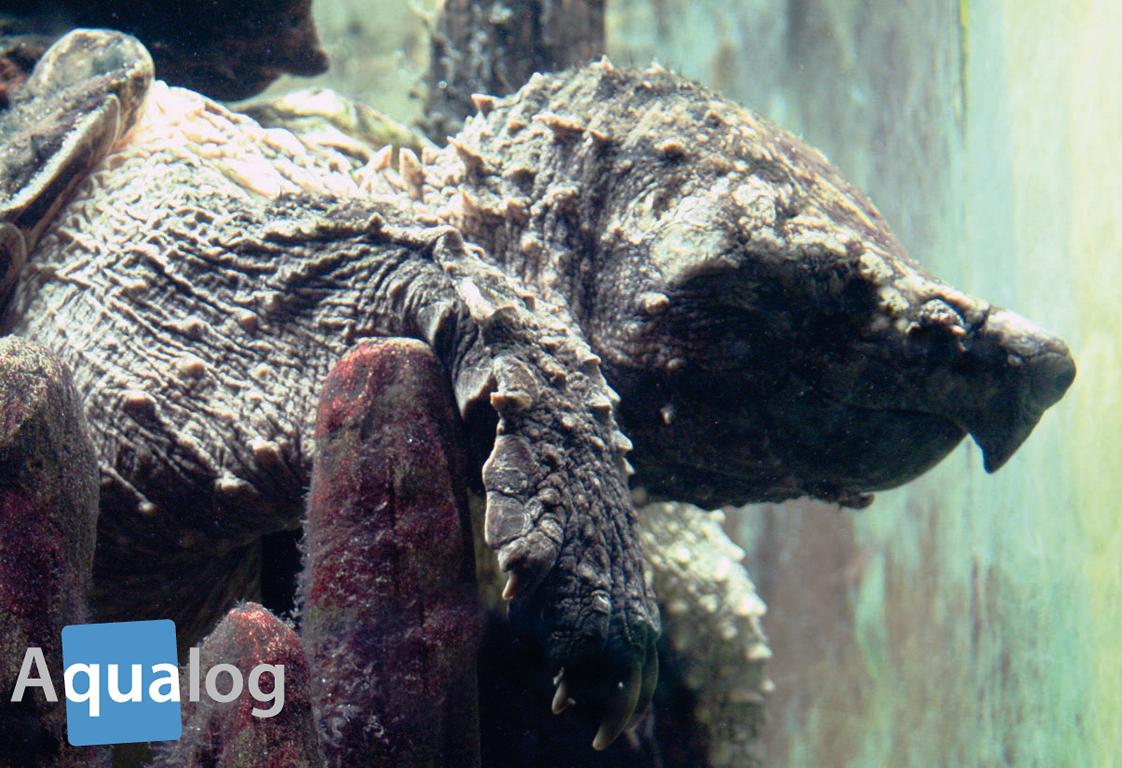 Lotti – just a PR stunt?
The good news is that the boy is now doing fine. Whatever actually caused his injury (probably a piece of glass or wire), it certainly wasn’t Lotti. The pool was drained and no Lotti was found. The fishes from the pool were relocated, as Germans are animal lovers. Lotti is periodically to be found in the press even now, and because a reward of 1000 € was offered for her capture, the pool attracts regular visitors hoping to perhaps at least catch a glimpse of the mysterious Lotti. The homes of local owners of exotic animals, the primary suspects in the matter, were searched, admittedly without anything being found, but hopefully the search acted as a warning never to even think of keeping such a ghastly monster. But given the well-known fact that officials are virtually never experts in the field in question, one has to ask – who, in heaven’s name advised them? There are still a host of people living in Germany who kept snapper turtles privately prior to 1999 and could have provided the officials with sensible, on-the-spot advice. In addition there are competent pet-owner clubs such as the DGHT (Deutsche Gesellschaft für Herpetologie und Terrarienkunde/German Association of Herpetologists and Terrarium Keepers ) and zoological gardens who are familiar with snapper turtles. But instead it seems that yet again it was exclusively inhabitants of Stupidity City who were consulted on what to do about Lotti. Or was Lotti perhaps no more than a damnably clever PR stunt?
Sources for Lotti:
http://www.kreisbote.de/news/panorama/alligator-schildkroete-treibt-weiter-unwesenzr-3052125.html http://www.bbc.co.uk/news/world-europe-23664554 http://www.cbc.ca/news/world/germanshunt-snapping-turtle-after-reported-attackon-boy-1.1330393 Sources for scientifically authenticated biting by snapper turtles:
http://www.epmonthly.com/clinicalskills/visual-dx/when-turtles-attack http://www.epmonthly.com/clinicalskills/visual-dx/when-turtles-attack-part-ii 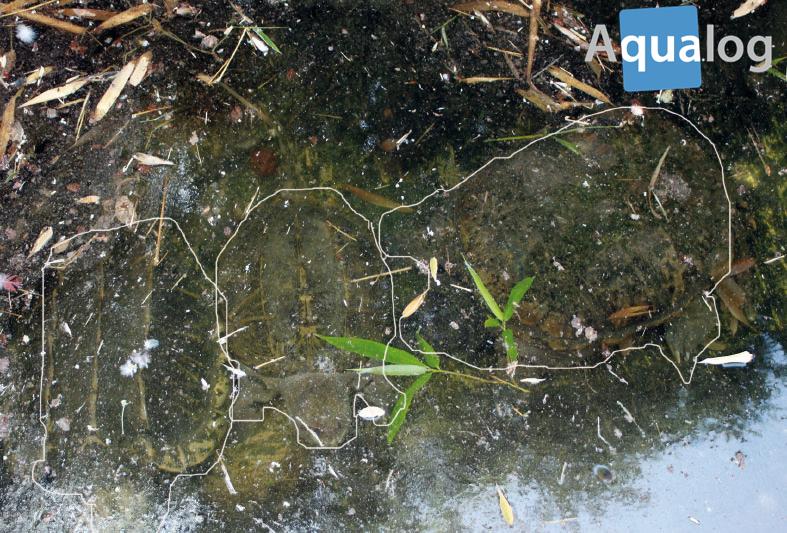