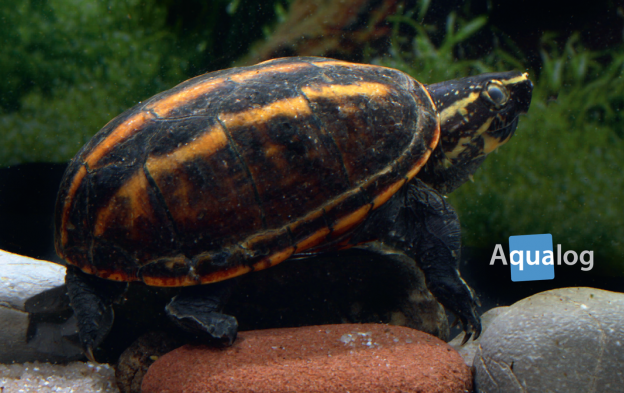 Not everyone has the same amount of space for pursuing the finest and most meaningful hobby in the world: keeping animals. Many enthusiasts who only have room for small tanks think this means that they cannot keep turtles at all. But that isn’t the case, as there are a number of turtle species that firstly, remain very small, and secondly, do not require a large tank as they don’t feel a particularly great need to move around.

The turtles discussed here belong to the family Kinosternidae, which are also known as the mud turtles or musk turtles. They include some of the smallest turtle species that attain a carapace length of only 10-12 cm. There are, however, also large-growing species, so it is important to know a little about identifying the species. 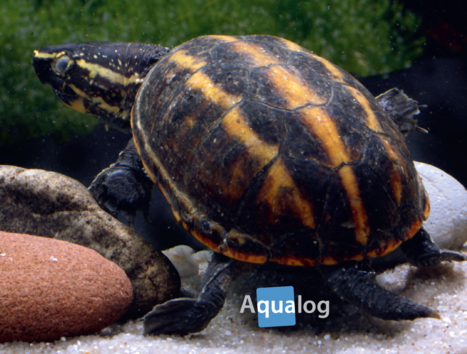 Kinosternon baurii
With a maximum carapace length of just 12 cm in females – males remain even smaller at around 10 cm – this turtle really is small. In addition, there are records of females becoming sexually mature at a length of around 7-8 cm and an age of five to six years. Maximum age in captivity is around 50 years old, and some individuals can even attain that age in the wild.

Distribution
The species is found in the south-east of the United States. Its main area of distribution is on the Florida peninsula, but at the same time it is also found in the coastal lowlands of South Carolina, Georgia, Alabama, North Carolina, und Virginia. The species is generally regarded as common and not endangered, and is not subject to any trade restrictions or conservation regulations, although the local population in the Florida Keys is threatened by habitat destruction and hence legally protected in the USA. The trade has no influence on wild populations. 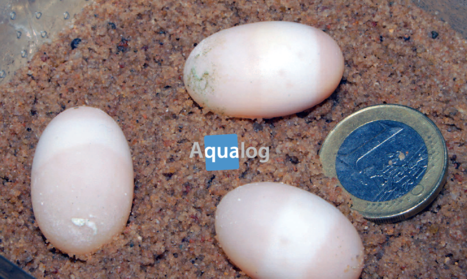 Ecological adaptability
Kinosternon baurii, popularly known as the Three-Striped Mud Turtle, inhabits still and slow-flowing waters of all types, including temporary pools. If such a pool dries up then the turtles move elsewhere. Migrations of up to 3.5 km have been recorded. These turtles also deliberately seek out preferred spawning sites. Unfortunately this means that K. baurii is a frequent road casualty. In the wild these little turtles are omnivores that feed on palm seeds, algae, insects, snails, and so forth. They are in turn the regular prey of Alligators and predatory birds such as the Snail Kite (Rostrhamus sociabilis). The tiny juveniles and the eggs are eaten by large numbers of animals, but the turtles compensate for this by a very high reproductive rate. A female can produce up to six (usually three) clutches per year, with one to six (usually two to three) eggs per clutch. The eggs are enormous compared to the tiny mother turtle, and one can only wonder how they manage to fit inside her. They require 80-145 days to mature, and develop only at temperatures between 28 and 30°C. If the temperature drops to 22.5-24 °C then the embryo undergoes a pause in its development. On hatching the young are around 2- 2.5 cm long and weigh 2.1-3.9 grams.

Small turtles – small aquarium?
This question is a matter of considerable controversy. Many of the arguments adduced are, however, simply emotional and have little to do with the requirements of the turtles. In Germany the legally prescribed minimum size for an aqua terrarium for the maintenance of a single turtle is a tank length of three times carapace length, a tank width of one-and-a-half times carapace length, and a water depth of twice shell depth. Where only one individual (with a maximum carapace length of 12 cm) is maintained this means a bottom area of 36 x 18 cm and a water depth of around 10-12 cm, though it isn’t really possible to keep a turtle in such a small aquarium. A standard 60-cm aquarium is, however, perfectly adequate for creating a well-designed habitat for these little turtles.

In so doing the following basic rules are very important: Kinosternon climb and walk around more than they swim, so it must always be easy for them to reach the water’s surface and if possible the water level should not exceed 20 cm. Suitable decor items include suitably weathered bogwood and round stones. The substrate should be a layer of fine sand around 5 cm deep, as these turtles are very fond of burying themselves. 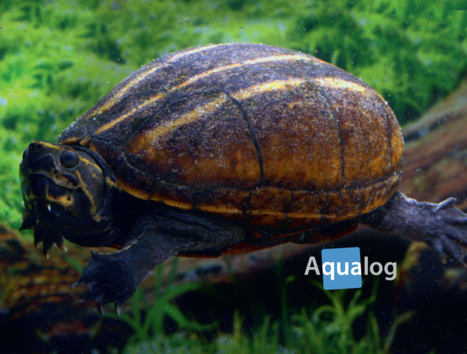 Many individuals leave the water only to lay eggs, but this varies a lot from turtle to turtle and hence needs to be checked: place a piece of floating cork bark in the tank, and if this “land area” is utilized then you should install a permanent land area. This can consist of a suspended plastic container filled with sand, with a low power spot lamp fitted above it to produce a temperature of 30-35 °C beneath. These turtles have a low UV requirement; a proprietary terrarium-hobby fluorescent tube with a UV component will be perfectly adequate. The aqua-terrarium should not be sited in too brightly-lit a spot. During the months of February to November the water temperature should lie between 22 and 26°C with a lighting period of 14 hours. A winter rest of around two months with only eight hours of light (this is much more important than temperature at the start of the winter rest, which is regulated by hormones) at 12-15°C is very beneficial for long-term health and breeding in these turtles.

Singly, in pairs, or in groups? 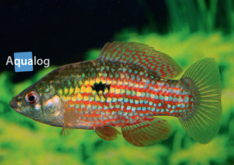 Fundamentally, it is best to keep all mud turtles singly. The males are very intolerant of one another and can drive females crazy by their permanent readiness to mate. In addition, females also sometimes squabble violently among themselves, although this varies considerably from individual to individual. You might be really lucky and buy a pair that gets along well, but unfortunately that cannot be guaranteed. Moreover, in some cases these turtles will start squabbling after years of peaceful cohabitation. That sort of thing can even happen in humans… For this reason it is essential to have as many tanks as turtles, as then you will be prepared in advance for any problems and able to respond rapidly when necessary.

The male and female are placed together for breeding, and this usually leads to fruition very rapidly, with an almost 100 fertilization rate, while female stressed by being kept permanently with the male often don’t “take” at all. Unlike in many other reptiles, the females are anything but fussy about where they lay their eggs, and will willingly accept the sand-filled container described above. In extremis they will also simply lay their eggs in the water, but things should never be allowed to come to that. Females kept singly may also produce eggs but these are, of course, infertile, just like with hens, which don’t require a cockerel in order to produce eggs for breakfast. 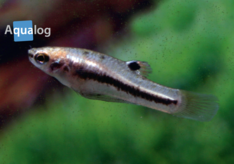 The best and most interesting way to keep these turtles is together with fishes. In the first place the aquarium will be more Florida Flagfish, Jordanella floridae Least Killifish, Heterandria formosa attractive to look at – more going on in it – and secondly, the fishes will very rapidly indicate if there is something wrong with the water. Biotope-correct species include the Florida Flagfish (Jordanella floridae), the Least Killifish (Heterandria formosa), sunfishes (Enneacathus chaetodon, E. gloriosus, and E. obesus), and pygmy sunfishes (Elassoma). Anyone lucky enough to obtain some Sailfin Mollies (Poecilia latipinna) will find that these usually tricky fishes develop into really splendid specimens, as for reasons as yet unexplained, live bearing toothcarps develop extraordinarily well when kept together with aquatic turtles. But naturally the choice of fish species isn’t limited to the species listed here. The only species that shouldn’t be kept with turtles are slow-moving bottom-dwellers such as whiptail catfishes (Rineloricaria, etc).

As a rule fishes are safe from the small chelonians; the worst-case scenario is that weak or sick specimens may fall victim to the turtles, but that is of no account.

Feeding
Three-Striped Mud Turtles tend to be more carnivorous than omnivorous in captivity. It is a good idea to cultivate duckweed, in particular the large species Spirodela polyrhiza (Greater Duckweed), in the tank. Then, quite simply, vegetarian food will be available if the turtles happen to develop a desire for it. In other respects feeding is remarkably easy as Kinosternon baurii isn’t choosy, though the food must always be absolutely fresh and high quality! It doesn’t matter whether it is manufactured food for swamp and aquatic turtles or frozen food for aquarium fishes. Vitamins and valuable un saturated fatty acids “go off” more rapidly than many people realize, a common serious mistake. Food should always be purchased in small quantities. Dry food should be used within at most six weeks of first opening the container, and deep-frozen food within around six months. Dry food should never be kept in a light, warm, and/or damp place, it must always be stored in an airtight, light-proof container in a cool place. If you are now filled with the desire to keep Three-Striped Mud Turtles, you can obtain them from e.g. www.reptilia24.com or get your pet dealer to order them for you.