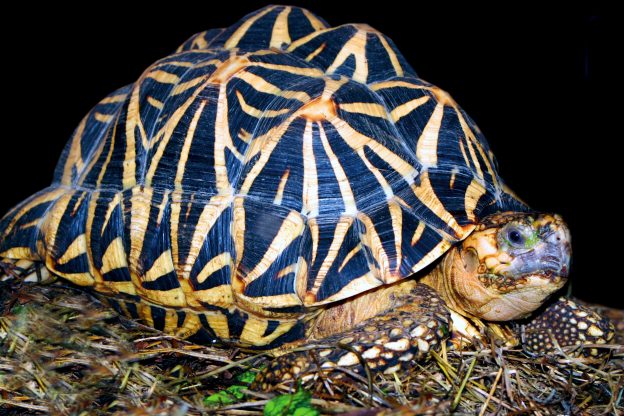 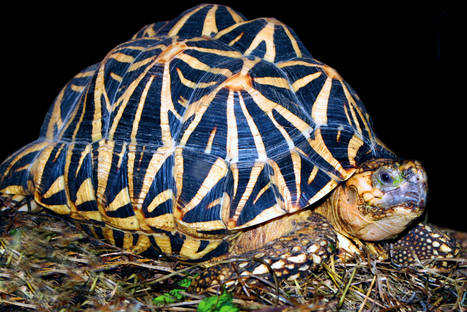 The Indian Star Tortoise, Geochelone elegans, is regarded as one of the loveliest tortoises occurring in India and adjacent countries. It has long been a firm favorite with terrarium enthusiasts, but it is only recently that it has been bred so regularly that it can be regarded as readily maintained and even suitable for novices.

Unfortunately things were different in the past. Inadequate, inappropriate holding conditions in the country of origin and long-distance transportation meant that specimens that reached Europe were often moribund. It was in those days that this robust tortoise gained the reputation of being extremely delicate and difficult to keep alive. 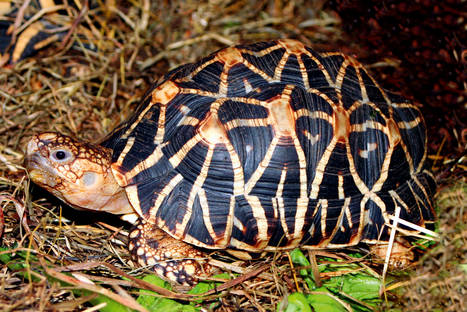 The starry pattern so striking and attractive to our eyes is fairly widespread among tortoises.  In the wild it acts as camouflage, breaking up the outline of the tortoise. Hence a number of other species are likewise known colloquially as “star tortoises”, for example Geochelone platynota, a close relative of Geochelone elegans from Burma, or even the huge and impressive Astrochelys radiata from Madagascar. For this reason it is always wise to use the scientific names that are universally valid worldwide in order to avoid any confusion. The only relevant synonym of the name Geochelone elegans is Testudo elegans. The majority of the tortoise species are comparatively closely related to one another, they have proved to be a successful evolutionary template that has required only a few anatomical adaptations over the course of millions of years. It is ultimately a matter of opinion whether the many species from several continents should be united in the catch-all genus Testudo or that this genus should be split up into smaller units, but at present the majority of professional herpetologists are of the latter view and assign the two species elegans and platynota to Geochelone, and not to Testudo. 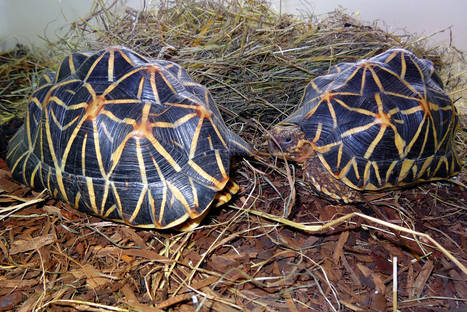 The species Geochelone elegans occurs in three populations that are readily told apart by eye.  They are also well separated geographically – possibly in part due to human influence in historical times – and unable to mix. The form from western India and Pakistan has the finest ray pattern of them all; it grows to 25-35 cm long and is only very rarely seen in the hobby. The form most frequently kept in captivity lives in the south of the Indian subcontinent. In this case males grow to only 14-17 cm long, while females attain 18-24, usually around 20 cm. The pattern is relatively extensive. And finally there is the variant from the island of Sri Lanka, which can grow comparatively large (occasional specimens up to a maximum of 38 cm, but with 25-30 cm being the norm) and which has a very attractive fine-rayed pattern. As already mentioned, the form from southern India is the most popular in the hobby, in part because it remains manageably small. 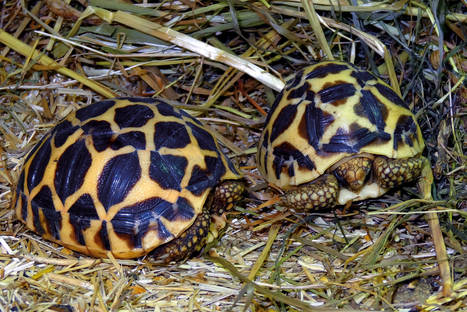 It is important not to forget the provenance of the Indian Star Tortoise. The climate it enjoys in the wild is very hot. So in captivity it likewise requires a daytime temperature of  26-32 °C, 20-25 °C at night, with a relative humidity of 70-80%. A heat lamp and a good UV lamp are likewise indispensable. At our latitudes outdoor maintenance is advisable and possible only in the height of summer, and even then a hotbed or small greenhouse should be available as a refuge on days when the weather is bad. The tortoises should be taken indoors in the event of lengthy periods of bad weather.

An excellent species for the terrarium 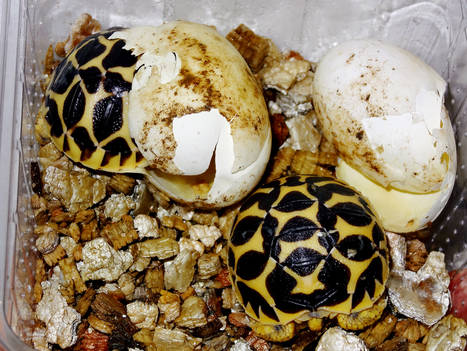 But herein lies one of the advantages of this species, which is not only beautiful but remains small: it is exceptionally well suited to long-term terrarium maintenance in the home.  The terrarium size should be such as to provide a bottom area around eight times as long and four times as wide as the carapace length of the largest specimens. On this basis a terrarium with a bottom area of 200 x 100 cm, which can generally be accommodated in a standard living-room, will suffice for the form from southern India, whose carapace length doesn’t exceed 25 cm. However these tortoises are slow-growing, so juveniles require only a fraction of this space, and many specimens, especially males, remain smaller all their lives, so you can very often get by with a significantly smaller terrarium. The substrate for the terrarium should consist of a mixture of sand and garden soil. Because these tortoises invariably feed from the substrate to some extent, it is important that the sand is natural river sand and not builders’ sharp sand which has sharp edges and can cause irritation of the stomach and intestines. 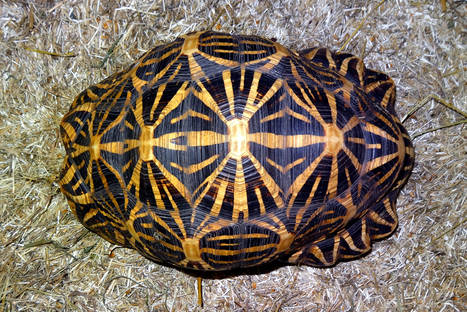 Numerous mistakes continue to be regularly made in feeding tortoises. These animals require nutrient-poor, fiber-rich foods such as wild herbs (grass, plantains, dandelions, mallow, etc), while in winter they can be offered endive, radicchio, Romaine lettuce, shredded carrot, plus hay and hay pellets, the latter pre-soaked if possible. Cabbage lettuce and Iceberg lettuce are not good foods, while fruit and meat are best avoided completely. The food should be dusted once per week with proprietary calcium for reptiles. Fresh drinking water should be provided regularly; because these tortoises are fond of defecating in the water the container should be removed from the terrarium soon after drinking. A daily “shower” using hand-warm water from a plant spray is very much enjoyed. 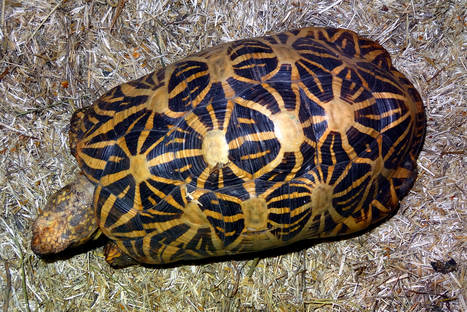 Regularly bred
Males of Geochelone elegans are fairly peaceful among themselves. Nowadays these tortoises are bred regularly. The clutch consists of 2-6 eggs, and a female can produce up to five clutches (but usually less) per season. Incubation takes place at 27-33 °C and 80-90% relative humidity.