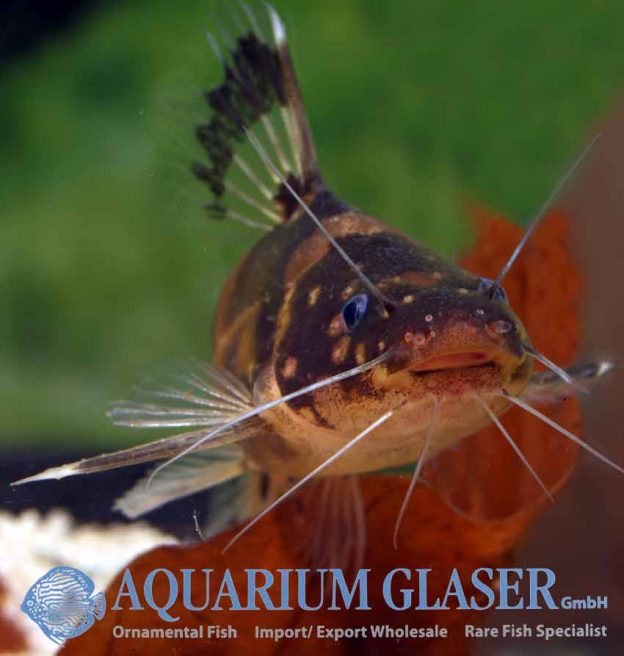 This pretty species of bumblebee catfish was discovered and scientifically described only in 2008. We could import the species now for the first time ever. P. heokhuii becomes about 6 cm long and is a very peaceful species of catfish. 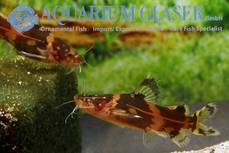 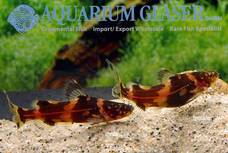 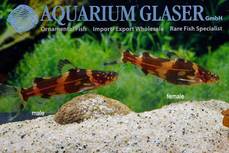 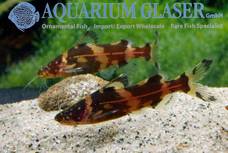 Despite the fact that Pseudomystus heokhuii inhabits extreme blackwater habitats in the wild, where the pH is around 3.5 -4.5 they adapt very well to different water conditions. The females develop spawn and even in the phototank the male showed courtship behaviour. So it seems that this pretty bumblebee catfish will even breed in aquaria.

We received beautiful German bred specimens of this rare eartheater. Until the species has been described in 2012 under the name of Satanoperca rhynchitis it was known in the hobby as Satanoperca sp. “Red Lips”. The fish develop the pretty red lips only when adult, so we add a picture of an adult specimen to this news. And as a special goodie we can preset here a picture that shows the species in its natural habitat in French Guiana. 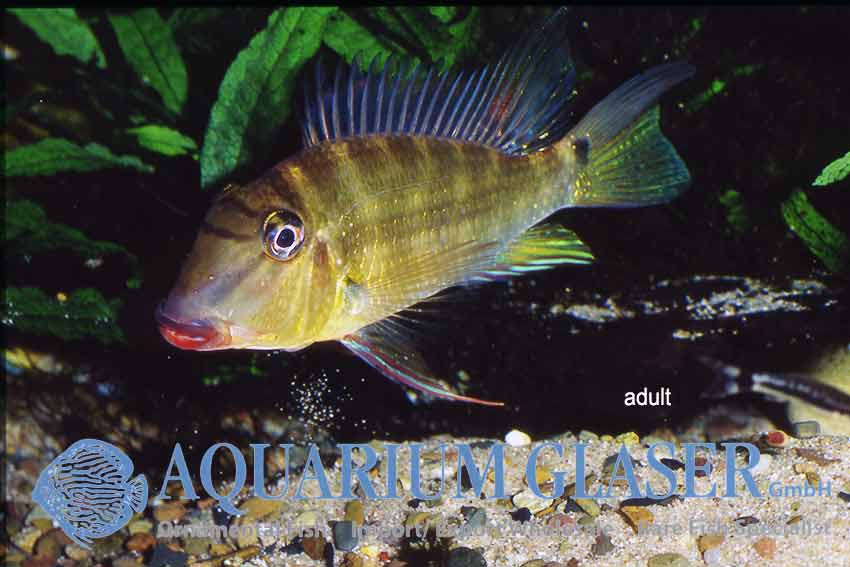 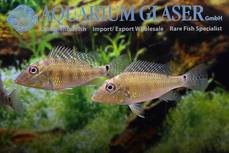 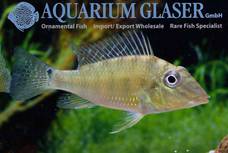 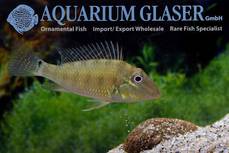 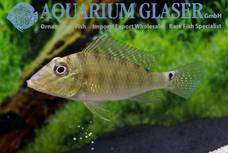 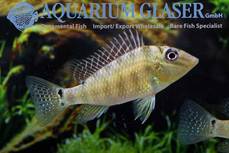 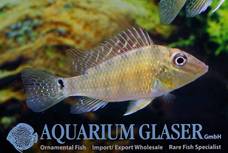 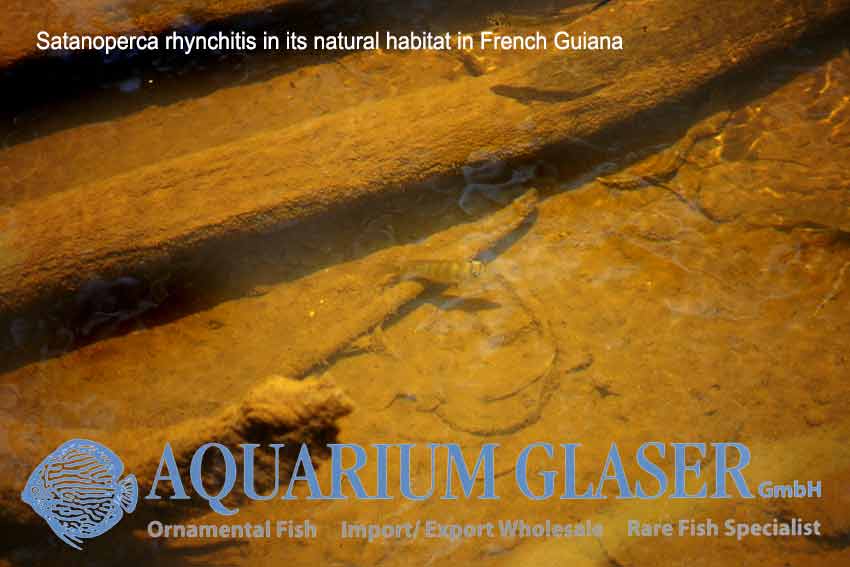 Teleocichla are small cichlids from Brazil. They love comparatively strong current. The genus is a close relative of the pike cichlids (Crenicichla). The genus teleocichla has been discovered only late, in 1988; currently 18 different species are known, 10 of them are still undescribed scientifically. Genus type is T. centrachus; we can offer now once more some wild collected specimens. 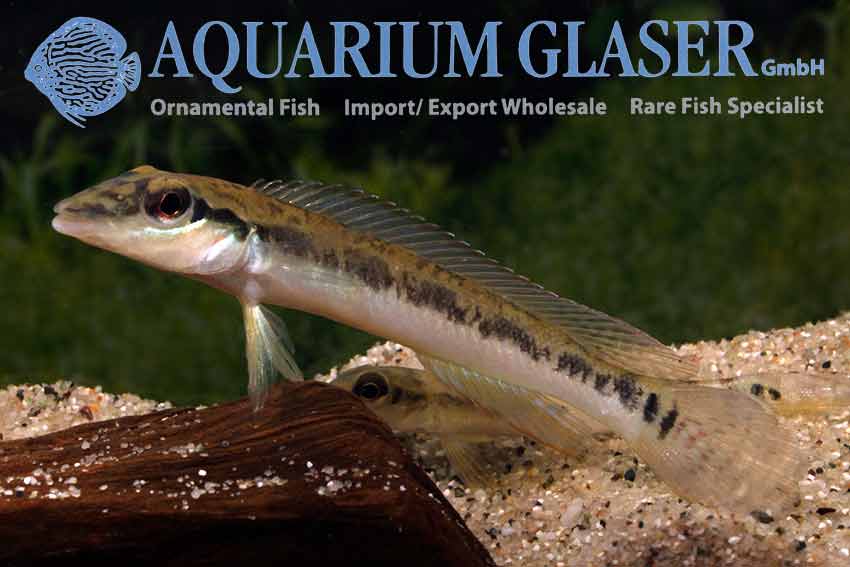 Teleocichla centrarchus is one of the largest members of the genus. It attains a maximum length of about 12 cm (males) and 8 cm (females) respectively. Like in all Teleocichla the air bladder is reduced. So the fish swim hardly ever in the water column. Very small tankmates will be eaten, but in general this species can be considered a peaceful one. 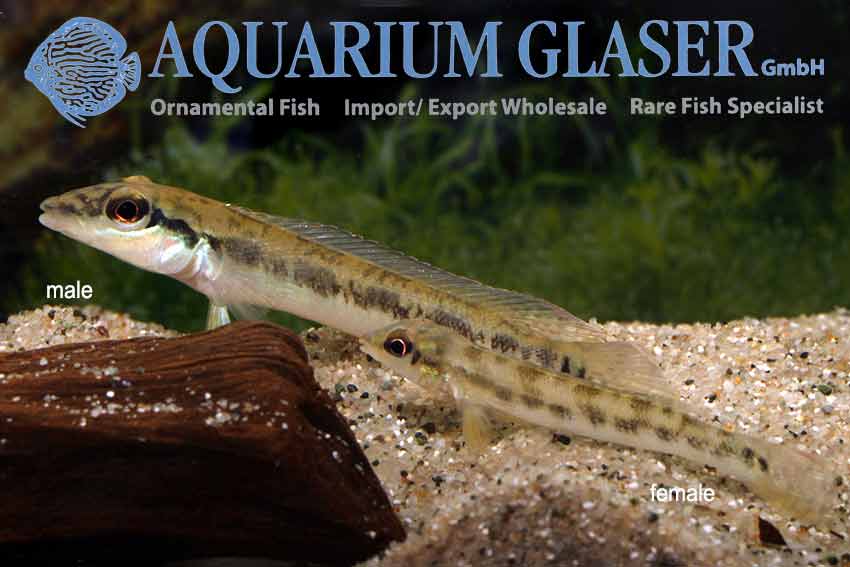 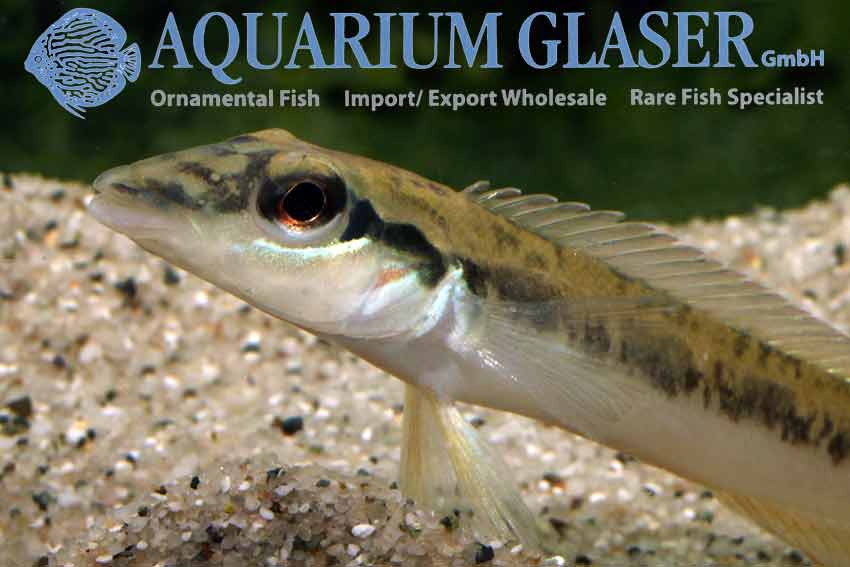 Once more we were able to import this beautiful, large tetra from Venezuela. The fish can reach a maximum size of 25-30 cm. It can be found in the basins of Orinoco river and the rio Negro. The coloration of the fish is quite variable, depending on the origin. The orange spot under the eye on the operculum is nevertheless quite characteristic for the species. Depending on the origin the lateral stripe might be solid or formed by spots. The intensity of the red coloration of the finnage and the throat also depends on the origin of the fish. 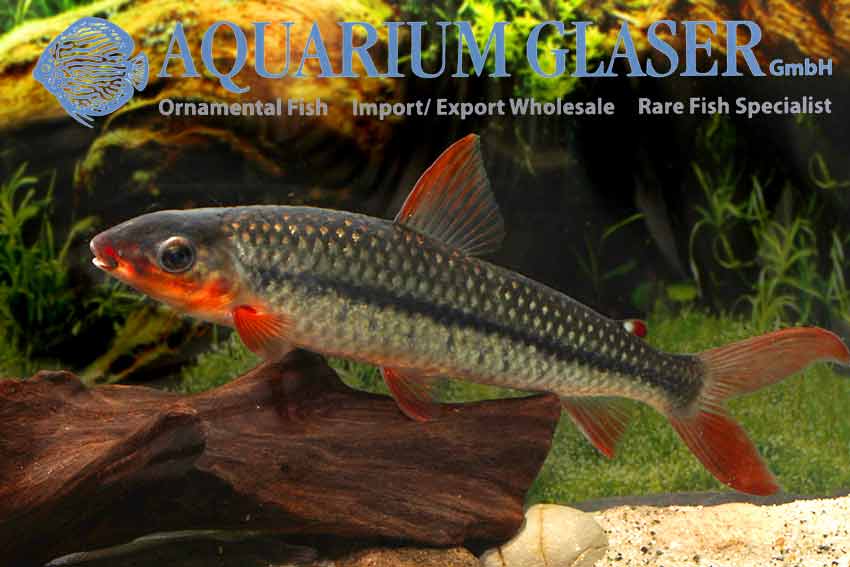 Our specimens have a length of 12-18 cm and so they are almost fully grown or at least sexually mature. They come from the Rio Ventuari, where a population with a very high degree of red colours appears. 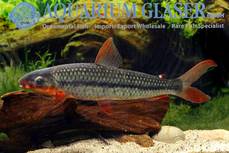 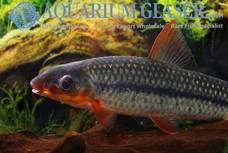 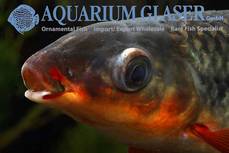 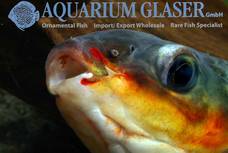 Once more we can offer this small and colourful snakehead. The species attains a maximum length of only 12-15 cm. The fish belongs to an so far scientifically undescribed species which is found in the region of the Burmese-Thai border. 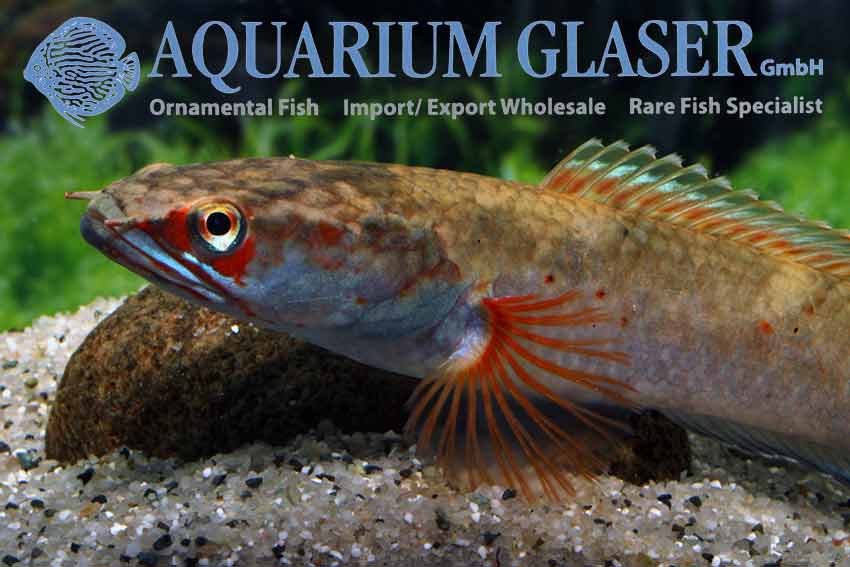 The beautiful species belongs to the closer relationship of Channa gachua. Like this species, it is a mouthbrooder. C. sp. Fire & Ice has been bred successfully in aquaria already. Despite the small size this is by far one of the most aggressive species of Channa. For this reason it is best kept alone. A comparatively small tank is fulfilling all needs of a single specimen. Only for breeding purposes the pairs should be kept together. This reflects the natural way of life of these fish, which are always found alone outside breeding season. Channa sp. Fire & Ice can be easily told apart from other, similar Channa species by the unique pattern of the face. The fish are fed best with insects as basic food, for example crickets, which are taken also readily when frozen.