Although there is nothing to that effect in the aquarium hobby literature on livebearing toothcarps, current wisdom on the Internet, and even in training manuals  for those applying for a pet-trade license, is the abstruse recommendation that livebearing toothcarps are always best sold in the ratio of one male to three females.

This is based largely on the permanent display and courtship by the males. An excess of females supposedly spreads this pressure more evenly and thus minimizes the negative stress on the individual females.

What does science have to say about it?

In the past precisely the opposite has been stated in several scientific works, namely that an excess of males is much easier on the females.
These studies were conducted  in the 1940s and 1950s.  The object of the work  was to establish the scientific prerequisites for the optimal laboratory maintenance of Platies and Swordtails, as it had been discovered that certain crosses between Platy and Swordtail resulted in cancers in the offspring. This was a revolutionary discovery that permitted a giant leap forward in cancer research. Millions of people afflicted with cancer owe their lives to the knowledge obtained from these experimental organisms.

It was found that in Platies the aggressive interactions between males and females were comparable, ie females nipped one another just as often as males, and this was, moreover, independent of whether they were kept in single-sex (male or female) or mixed-sex groups.

In addition, when Platies and Swordtails are crossed  behavioral characteristics are inherited true to type. This means that even Swordtails that owe their coloration to a Platy in-cross exhibit typical, species-specific Swordtail behavior and are indistinguishable from pure-strain Swordtails in this respect. The same applies to Platies: they always retain their species-specific Platy behavior, even when they have Swordtail in-crosses in their ancestry.

What happens with an excess of males?

If you stop and think a little about why an excess of males should be easier on the females, then you can establish this quite simply for yourself  without needing to read any dry studies  or needing to be a biologist at all.

If you keep several males in an aquarium, then each male will try to attract the attention of females and secure a harem for himself by competing with other males. The majority of the time the males are busy among themselves and don’t have much opportunity to display to a female. The moment a male starts to display in front of a female then his  neighbor comes shooting over to steal the female. Because the two males then have eyes only for their opponent, the oppressed lady has the ideal opportunity to make herself scarce in the event that she isn’t really ready to mate.

An excess of males is a good thing!

But there is an additional reason why an excess of  males is an advantage:  a single male can afford to be prodigal with his sperm, as he can inseminate several females within a short time without problem.
There is no need to be fussy about choice of partner. As a result every female within reach is courted as a rule and no selection takes place.

Matters are quite different in the case of the females, which can bring only a limited number of young into the world every 4-6 weeks. In addition the production of  eggs abstracts energy and nutrients from  the body of the mother.

The female must thus make a precise choice as to who is going to be the father of her offspring. If possible this will always be the largest, most beautiful,  and strongest male, to provide her offspring with the best possible genetic inheritance.

Only large, strong, and healthy males are capable of outcompeting a large number of competitors. Because these characteristics are passed on to the offspring, such a male is, of course, the optimal choice in order to produce vigorous offspring that are, above all, likely to survive.
In order to keep a strain of livebearers healthy and vital in the aquarium for a long time, it is best to place the largest possible number of males in the tank. (The actual number will depend on the tank size.) And that way the best genes will prevail. The weaker males, by contrast, will hardly ever get to breed. The females will produce strong, vital young. 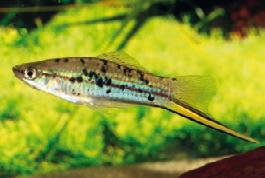 The livebearers regularly found in the trade belong to several species, and knowledge about these is important, as each species has its own specific behavior and that too must be taken into consideration when deciding on the numbers of males and females.

All the guppies in the aquarium belong to the species Poecilia reticulata and P. wingei, as well as hybrids between them. What has been said above applies unreservedly to all guppies:  an excess of males has very beneficial effects on the strain.

The platies maintained in the aquarium belong to two species: Xiphophorus maculatus and X. variatus. They aren’t hybridized and both species breed true, at least as regards behavior. Again, there is an unreserved recommendation applying to both platy species: they should be kept in pairs or with an excess of males. 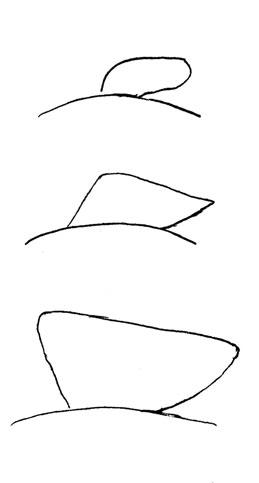 Platies and swordtails belong to the same genus, Xiphophorus, which contains a total of 28 species. But the only swordtail  in the trade is Xiphophorus hellerii, the other species are so seldom maintained as to count as rarities. Swordtail  males are, unlike the guppies and platies, very aggressive among themselves. Dominant males can oppress subordinate individuals to such an extent that they die as a result. For this reason   only one male should be kept in standard sizes of aquaria up to 60 cm in length, but can generally be combined with several females. Perhaps this is the source of the incorrect blanket recommendation of keeping livebearers in the ratio 1:3. In sufficiently large aquaria that permit the maintenance of 10-15 individuals, however, the Swordtail  too can be kept with five or more males together. But there should never be fewer than five males, as otherwise  the dominant individual will seriously harass members of his own sex, even in very large aquaria.

Essentially, mollies trace their ancestry back to three original species: the Common or Shortfin Molly Poecilia sphenops, the Sailfin Molly P. latipinna, and the Giant Sailfin Molly P. velifera. While the Shortfin Molly should be kept like the guppies and platies, the other two species should be treated like swordtails.  The three species can be distinguished by the form of the erect dorsal fin in males, in other words when  the latter are displaying among themselves. 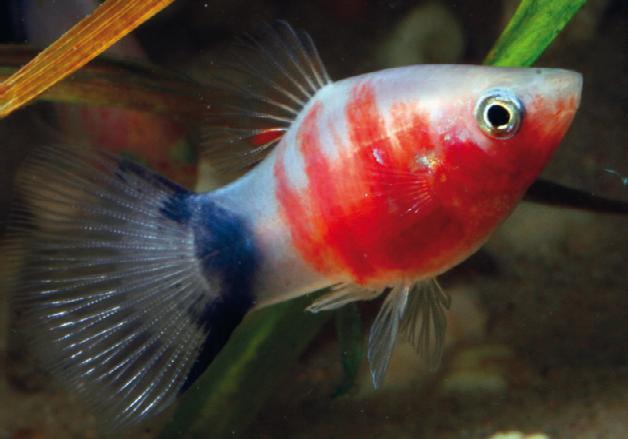 The argument that females are too severely stressed by the constant attentions of ready-to-mate males when there is an excess of the latter, is anthropomorphic and incorrect from a scientific viewpoint. So it is of no relevance in terms of animal welfare.

Because males and females of livebearing toothcarp species come into the world roughly in the ratio of 1:1 and all the specimens found in the trade are exclusively captive-bred, selling them in pairs must be regarded as optimal from an animal welfare viewpoint, as otherwise what is to become of all the superfluous  specimens?

So the conclusion to be drawn from all this must be, buy platies, swordtails, mollies, and guppies as pairs or with an excess of males.
Swordtails