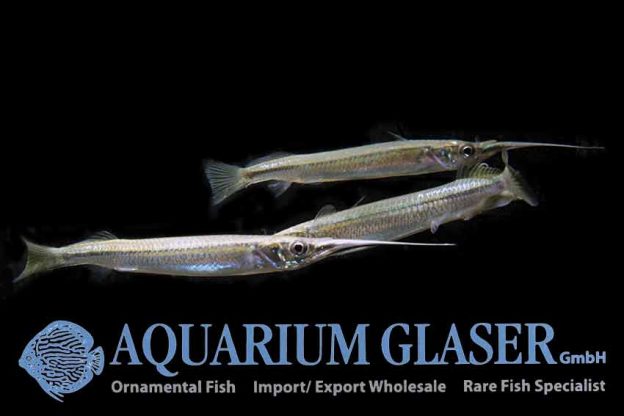 The wonderful, large halfbeaks of the genus Zenarchopterus are only very rarely offered, because the animals are very shy during the acclimatisation. When they panic they often hurt themselves seriously. So we are very proud that we were able to import successfully a small group of fully grown specimens of the species Zenarchopterus dunckeri from Taiwan. The fish are currently about 15 cm long. The group is formed of two males and three females. Despite the very long gonopodium that clearly indicates an internal fertilization the fish are – to the best of our knowledge – egg layers.

These fish need spacious aquaria, very clean, bactertia-poor, hard water. The pH must be over 8. It is possible to keep these fish, which are completely euryhalin, also in brackish or pure seawater, but an addition of salt is not absolutely essential. The fish prefer flake foods, but also accept other food items as long as they are floating on the water surface. Once the food is sunken to the bottom it becomes ignored. One should choose only absolutely peaceful tankmates for cleaning the tank from sunken food – for example Corys – because even harmless, but curious fish can literally (!) frighten the halfbeaks witless! Once Zenarchopterus have settled they can live happily many years in aquaria. 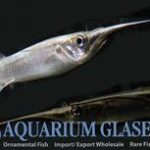 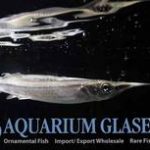 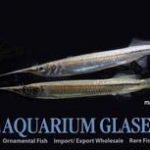 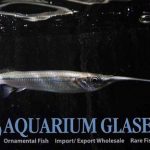 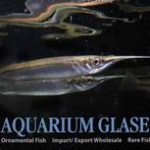 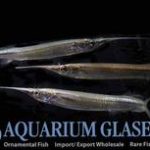 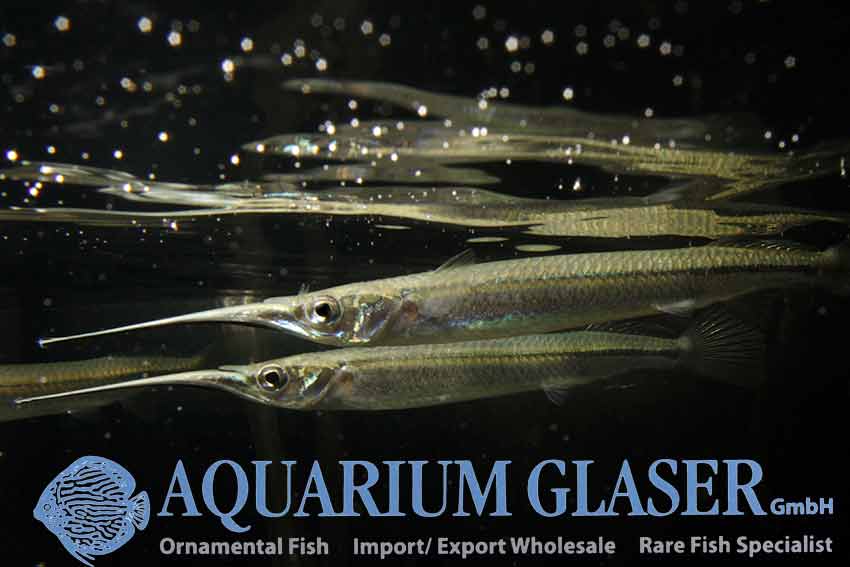 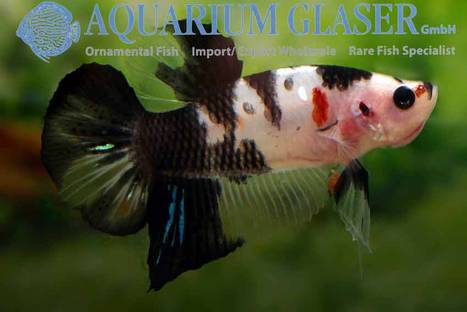 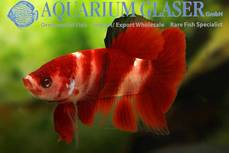 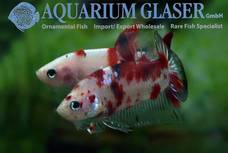 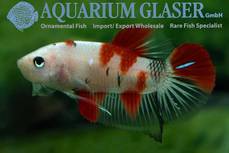 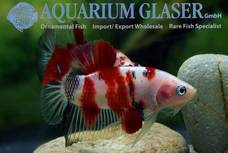 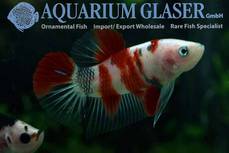 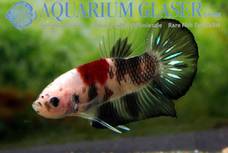 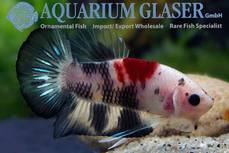 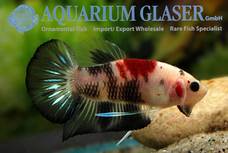 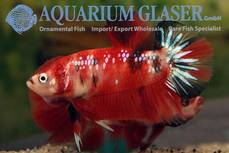 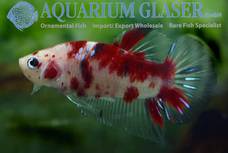 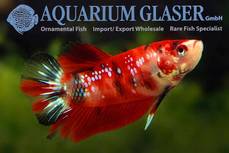 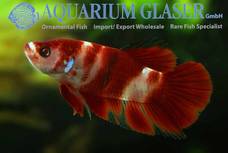 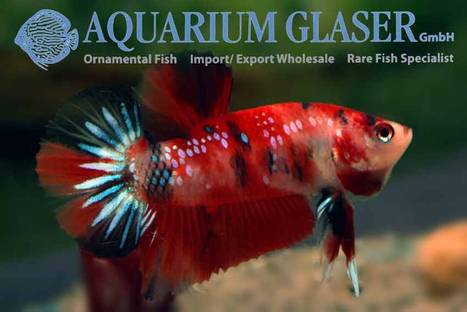 Once more we were able to import an assortment of this extraordinary and extremely rare sport of fighting fish. The term “pla kat” is used for the short finned fish. We present to you some specimens of the current import (among them an extremely rare albino), for more pictures and informations, please see here: http://www.aquariumglaser.de/en/archiv.php?news_id=997 and here: http://www.aquariumglaser.de/en/betta-splendens-koi_en_1647.html

We could import this extreme beautiful species of snakehead in very small numbers from the north of India. The True Blue is obviously a close relative of C. stewartii; both attain a length of about 25 cm. The two photographed specimens have a quite different pattern. Most probably the smaller specimen is a female (it has 15.5 cm total length, the larger animal is 18 cm long). 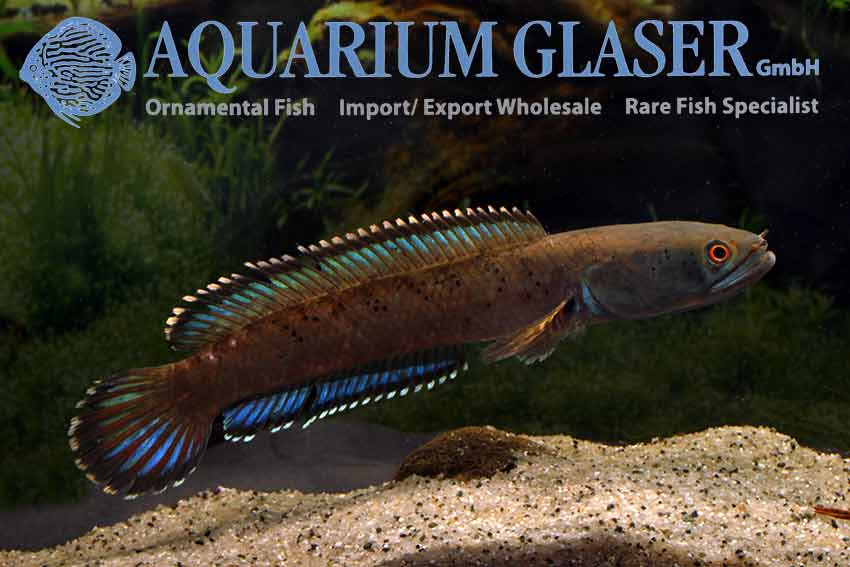 The True Blue should be kept at least for periods of several weeks at rather cool water temperatures, eg 15-20°C, as it originates from mountain areas. The species has been bred already in the aquarium, it is a mouthbrooding species. 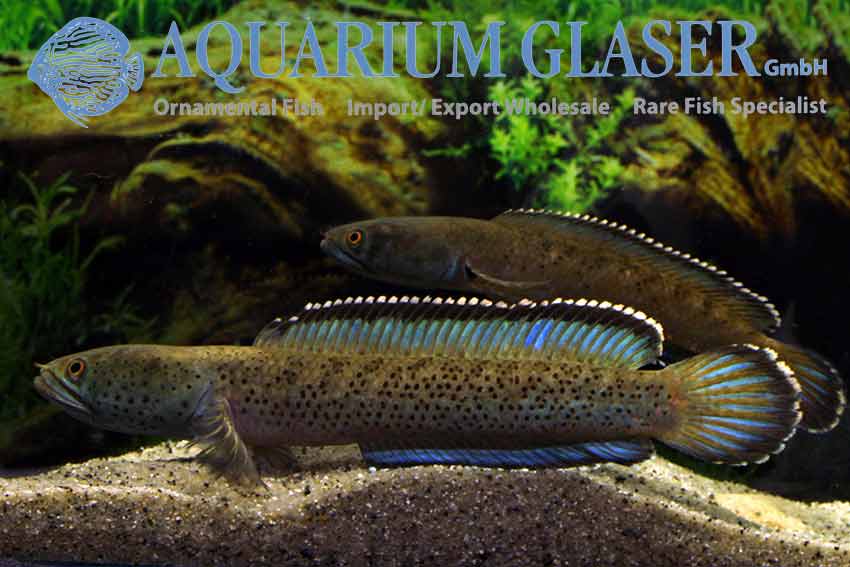 Currently is season for one of the most beautiful members of the genus Peckoltia, namely L135. The species originates from the Rio Negro and can be easily recognized by the “wormline-pattern” on the head. Only two other species of Peckoltia show a similar pattern: P. braueri from the Takutu river and P. sp. L121 from Guyana. But both have a different, less contrasting pattern on the body.

L135 becomes about 15 cm long. The males (in our picture is the orange animal a male, the white one a female) differ only slightly in body proportions from the females. This makes it difficult to assort pairs. On the other hand the attractive species has already been bred successfully in the aquarium. 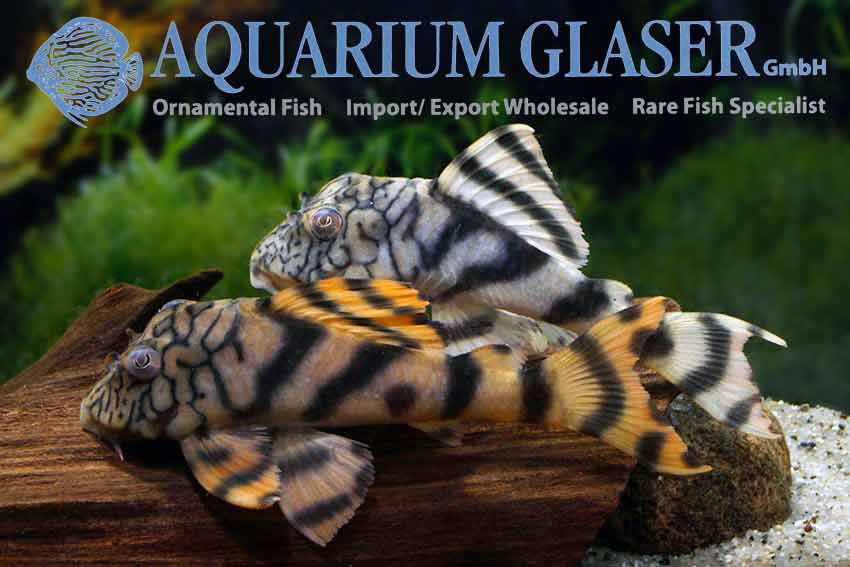 This large species – sexual maturity is reached at about 40 cm length, but the species can grow as big as 70 cm – originates from Africa. Her it has a fairly wide distribution, from the Nile to the Niger. 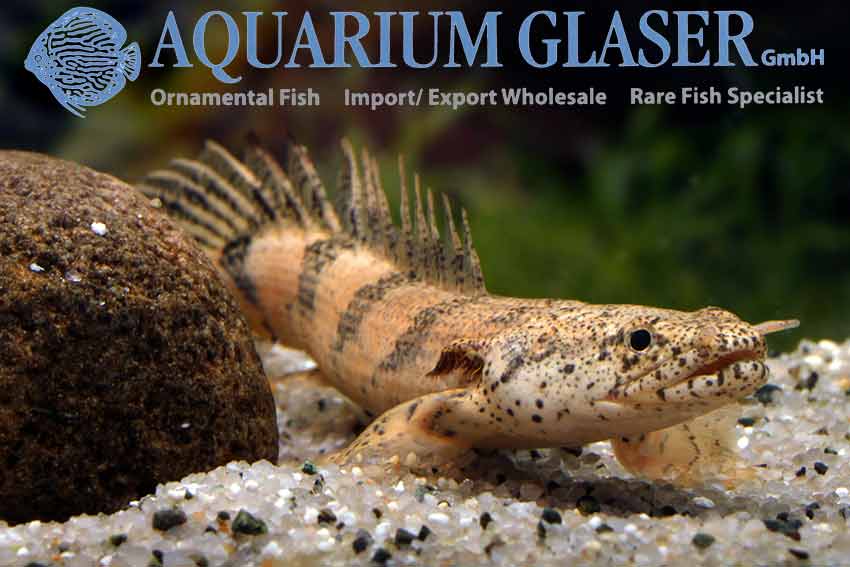