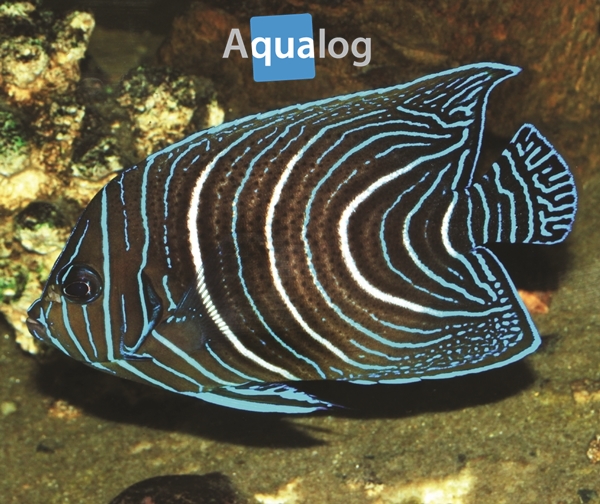 This species owes its name to the pattern on the caudal fin during the transition from juvenile to adult.  At this time the pattern of blue lines resembles Arabic script from the Koran.

This robust species, which is widespread and common in the western Indo-Pacific, has become a mainstay of the marine hobby and is regularly imported as juveniles. As in all Pomacanthus species from the Indo-Pacific, the juvenile coloration consists of a blue body color with white stripes. While the juvenile coloration of P. imperator is unique, young specimens of P. semicirculatus are easily confused with other species of the genus. Hence it is advisable to take along a suitable identification guide when making a purchase.

At a size of around 12 cm the attractive juvenile coloration changes to a rather plain adult coloration. With an ultimate length of more than 30 cm the species requires a large aquarium.

This large angelfish feeds exceptionally readily in the aquarium and will take any artificial food. It will also often regard the resident corals as snacks, so maintenance with corals should be the subject of careful consideration. The species is regarded as not very susceptible to disease and hence is listed in the hobby literature as one of the angelfishes that are recommended for beginners.

The Koran Angelfish should be kept with robust fishes, as the peaceful temperament of the juvenile stage can change to rather “assertive” behavior with age. On the basis of numerous underwater observations, the species lives solitary by preference. Pairs are occasionally seen.  It is unclear whether this has led to the suggestion that the social behavior of this species involves a sort of harem where the male harbors several females in his territory, with each occupying her own sub-territory that is defended vehemently against other females. 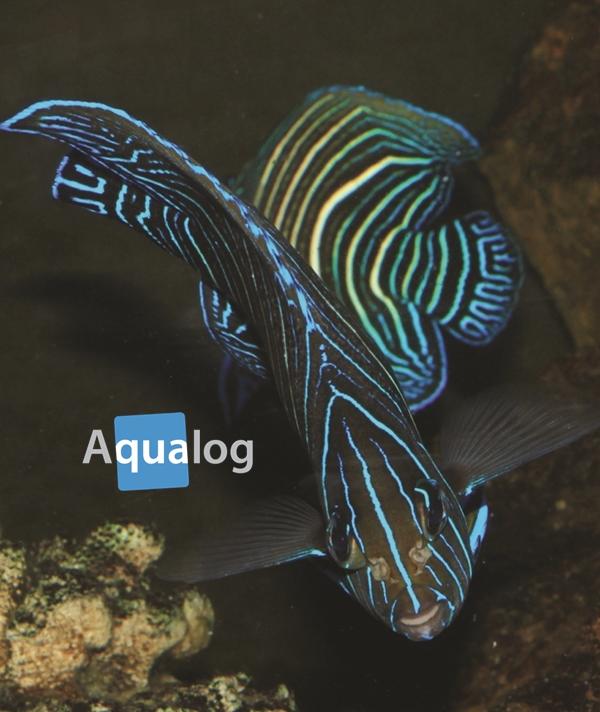 There is no sexual dichromatism, and only the length of the opercular spine offers an indication of sex. Although this has not yet been specifically documented for Pomacanthus semicirculatus, it is known from other members of the genus that the opercular spines in males are noticeably longer than those of females – a character that can also be seen in juveniles. This criterion should be utilized by anyone who has the pick of several juveniles of this species at the dealer’s and wishes to select a pair.

Another method of obtaining a pair is to maintain a juvenile and an adult together. Nature has given the two life stages such different body coloration so that juveniles can live without problem in the territory of adults. A feature that can usefully be exploited in the aquarium. 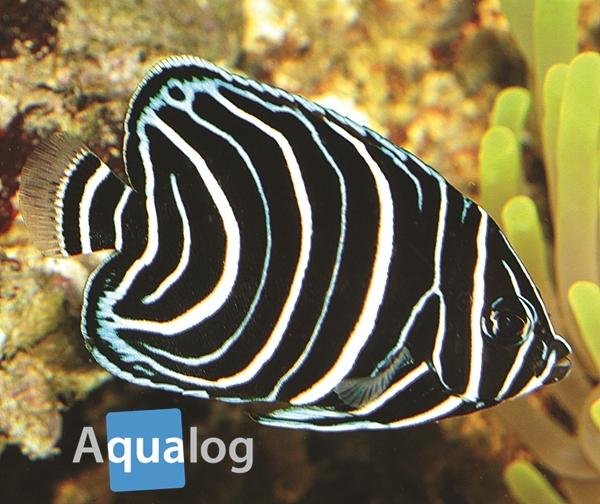 It isn’t, however, possible to predict what will happen to the harmony between the two color stages when the transition to adult coloration begins. It has been speculated that sex is determined permanently only at the beginning of the change to adult coloration and that juveniles can in fact undergo a change of sex. An interesting hypothesis that it may be possible to validate via observations by aquarists. 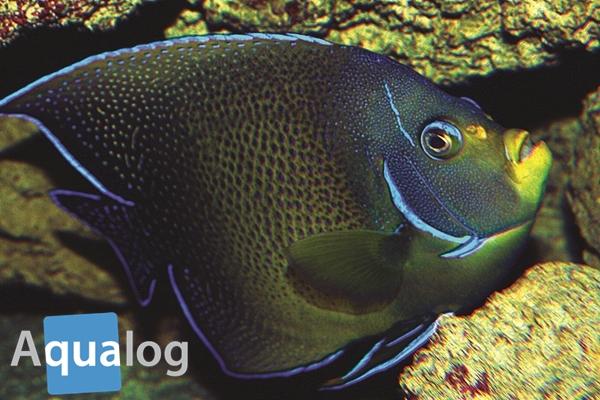 According to Klausewitz a specimen of the Koran Angel was once seen in a fish market in Zanzibar, on one side of its tail fin the words “La ilaha ila Allah” (there is no God but God) appeared to be visible, and on the other side “Skani Allah” (a warning from God). The value of the fish immediately rocketed from the equivalent of a few cents to 5000 Rupees… and ever since the species has been known as the Koran Angelfish!