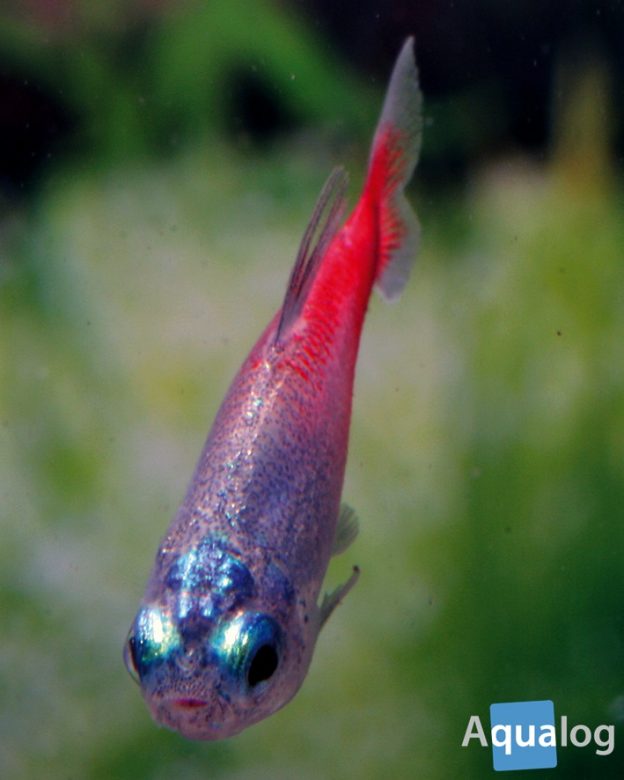 The Neon Tetra, Paracheirodon innesi, can be found in every aquarium store in the world. It enables thousands of people to earn a living, either because they breed it or because they sell it. It epitomizes much of what makes the aquarium hobby one of the finest pastimes in the world: it is colorful, peaceful, interesting, and reflects the lively nature of the underwater world. But commonplace though the Neon Tetra may be nowadays, it wasn’t always so by a long chalk…
If you want to go to Iquitos in Peru nowadays, you simply get on a plane and are there after a few hours comfortable travel. In the 1930s such a journey not only took a lot longer (several weeks) but was also considerably more punishing and with involved danger to life and limb. There were virtually no medications for the sometimes deadly tropical diseases. Iquitos lay, if you will pardon the crude expression, at the arse end of the world. No wonder that no ornamental fish collectors went there. The Neon Tetra was discovered only by chance. Auguste Rabaut, an adventurer and collector of flora and fauna of all types, was actually collecting butterflies when an indian woman drew his attention to the Neon Tetra. Rabaut had instinct enough to scent a business proposition. 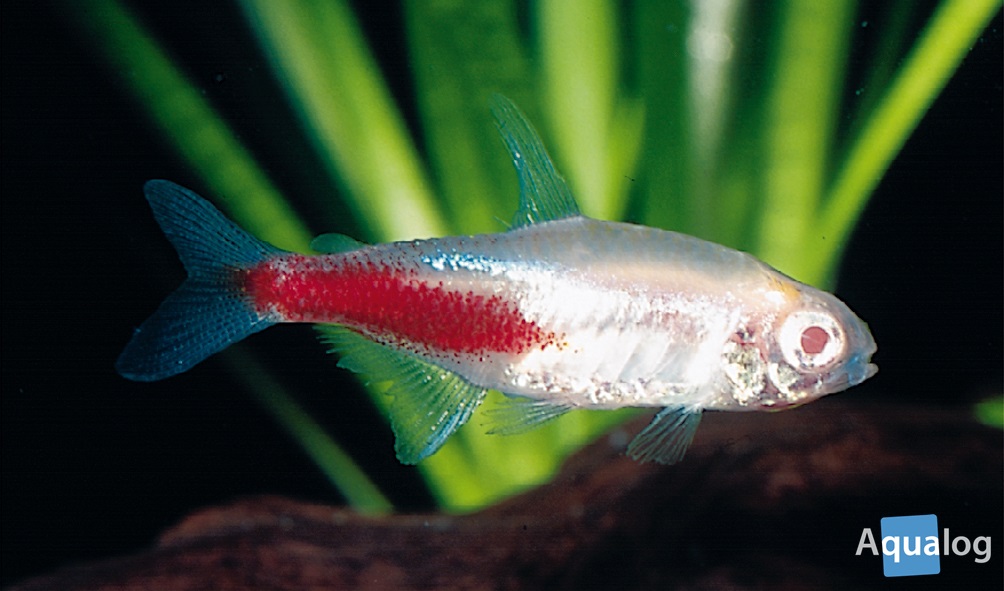 Luxurious fish transport
Although Rabaut was no aquarist and had only very rudimentary transport facilities, he managed to get 13 Neons alive to the company Lepant in Paris, where they came into the hands of J. S. Neel. Neel invented the name Neon Fish. The fishes were sold for the incredible sum of $ 6,500 to two Germans, Hugo Schnell and Walter Griem, in Hamburg. This was in 1935. In July 1936 five of these fishes were dispatched on the airship Hindenburg to the Shedd Aquarium in Chicago in the USA. Not without problems, as the transportation of live animals aboard an airship was prohibited. Walter Chute of Shedd had entrusted Fred Cochu with the task, and they solved the problem by declaring the cans containing the Neons to be “fish preserves”. Only one of the five fishes arrived alive at Lakehurst, the airfield where the Hindenburg was to explode a year later, in 1937. The transport cost $3,000 and was probably the most expensive fish transportation of all time. 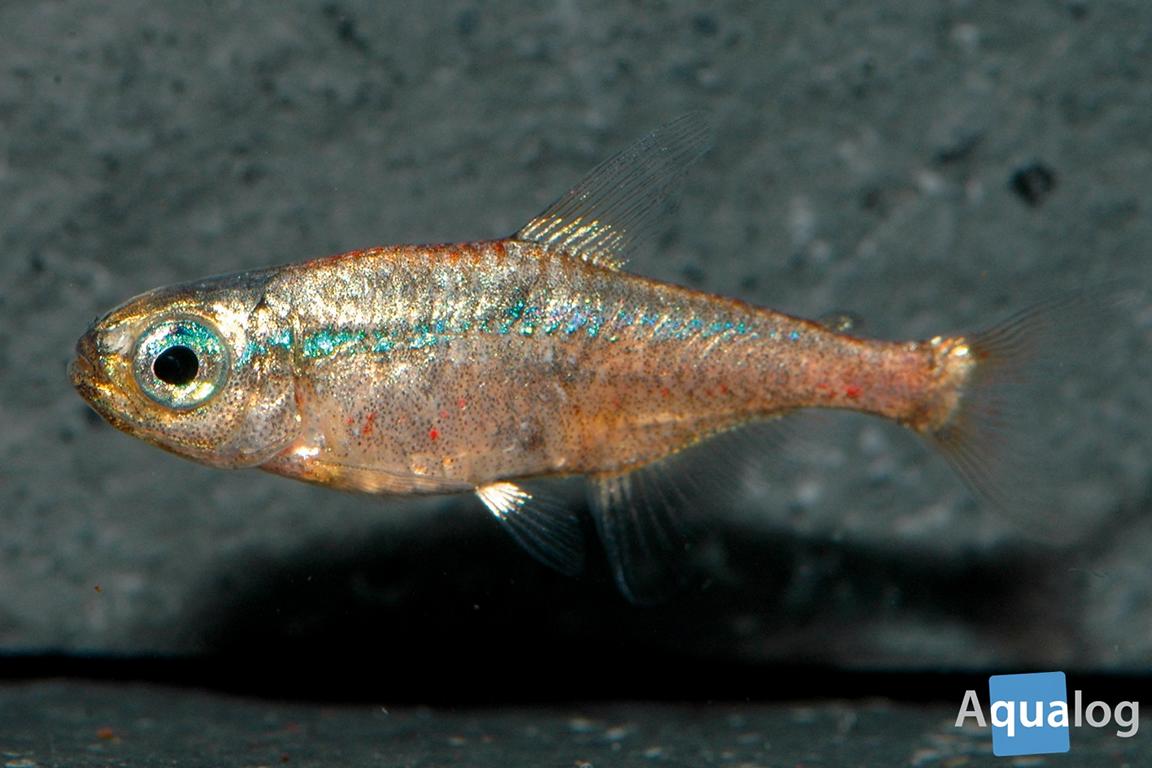 A fish is “christened”
The “Last of the Mohicans” found an enraptured public and eventually received the popular name still in use to the present day: Neon Tetra. The Neon was scientifically described in 1936 by the American George Sprague Myers, one of the leading ichthyologists of his time, who had received the preserved specimens from William Thornton Innes III, the publisher of what was then the most important American aquarium magazine. Innes had in turn received preserved specimens from Rabaut in Paris with a request for identification. They were thus specimens from the first importation. Myers named the Neon Hyphessobrycon innesi in honor of Innes. The locality, which Rabaut understandably kept secret, was given as “vicinity of Iquitos”. 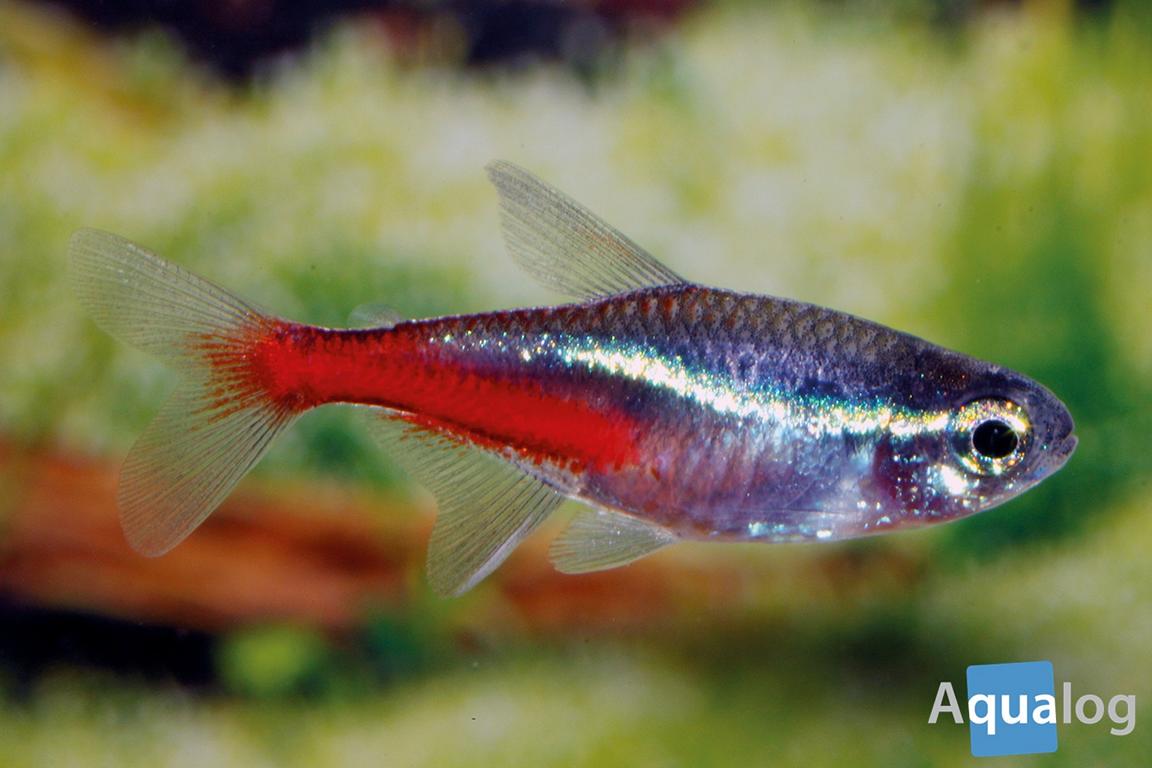 The race for a fish
There followed a race. Everybody wanted to own this miracle fish. Importing it promised vast profits. And it was assumed that the Neon would soon prove possible to breed and then the price would fall considerably. Only the first to obtain it would make a lot of money. There was even a short book written about the competition: Werner Ladiges, an ichthyologist in Hamburg who for many years worked with the ornamental fish importer Aquarium Hamburg, wrote his recollection of the exciting discovery of the Neons: Schwimmendes Gold vom Rio Ukayali (Swimming Gold from the Rio Ucayali). And it was the Germans that won the race … 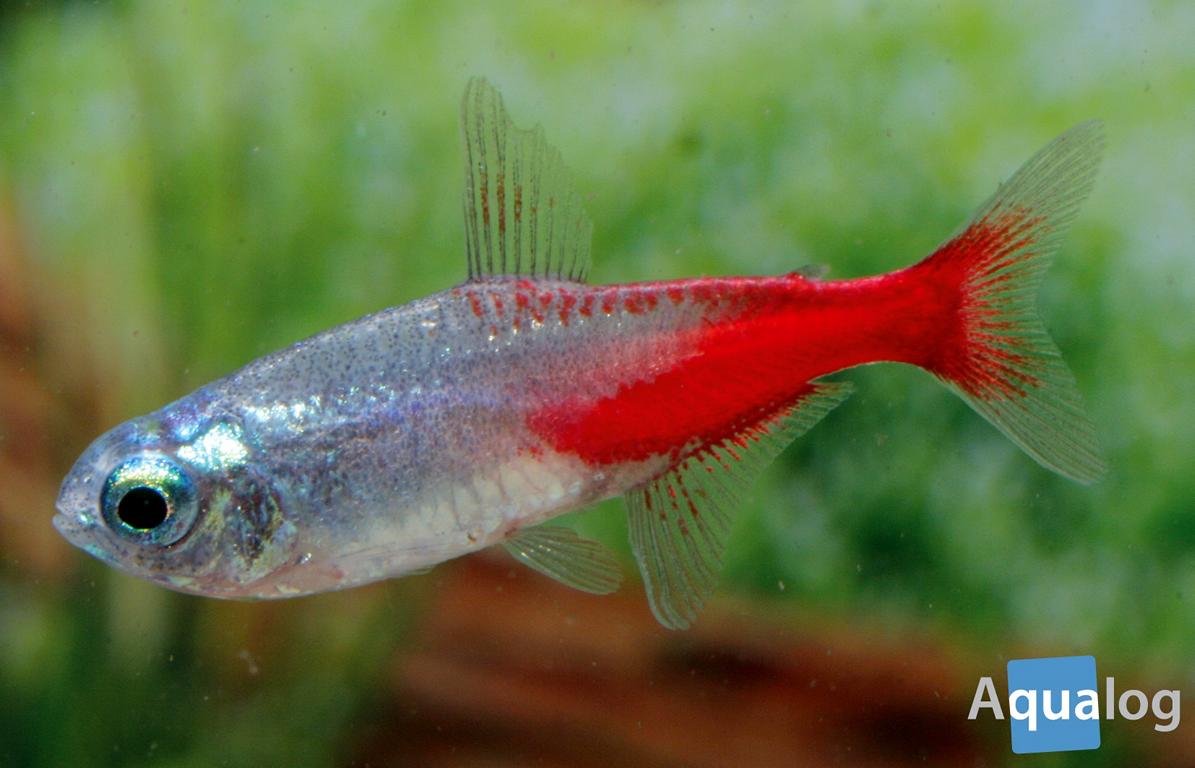 The eggs wouldn’t hatch
But when it came to breeding the Neon proved a hard nut to crack. The fishes were willing enough to spawn, but the eggs didn’t develop. Then came the Second World War and the German aquarium hobby practically died out and with it all attempts at breeding the Neon Tetra. Only after the end of the terrible war were aquarists able to devote themselves to breeding attempts once again. It was discovered that a combination of very soft water (KH below 0.3° dKH), humic acids, a pH between 6.2 and 6.8, relatively low temperatures (spawning temperature 23-24 °C, maintenance temperature 18-22°C), and darkness (the spawn is extremely light-sensitive) was crucial for successful breeding. If just one of these parameter was wrong then a breeding attempt was doomed to failure. 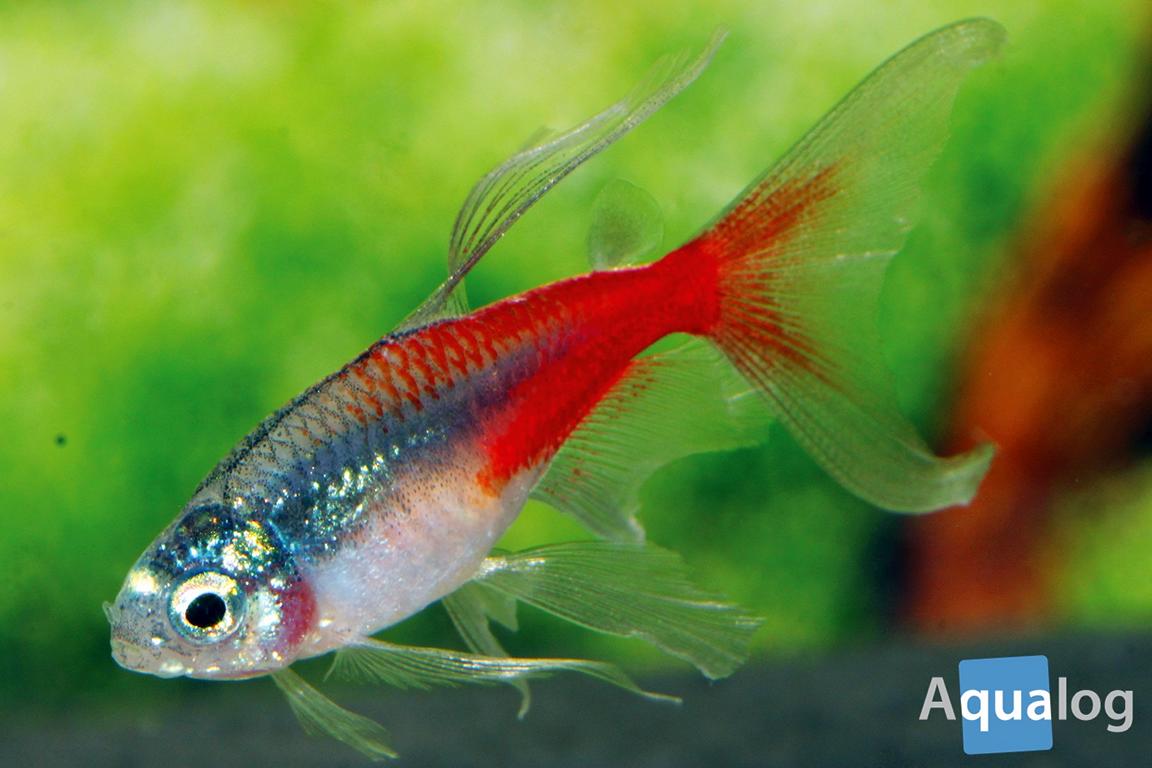 Don’t forget to wash your hands!
There was more to be learned from the Neon Tetra than just the importance of water chemistry for breeding fishes. A microsporidian organism, Plistophora hyphessobryconis, the cause of the dreaded and still incurable “Neon disease” (it also attacks a whole host of other fish species, but Neons are particularly susceptible) wiped out whole populations of the precious little fishes. This pathogen attacks the skeletal musculature, which immediately dies off. This demonstrated that painstaking hygiene needed to be maintained when rearing Neons in order to keep this disease at bay. And thus aquarists evolved maintenance protocols for the rearing of Neon Tetras (regular siphoning of the bottom, frequent partial water changes), using which they were able to keep Neon disease under control. You think such maintenance measures are obvious? But that wasn’t the case back then! In those days there were still numerous devotees of “old water”, who regarded every last drop of mature aquarium water as precious. We have observations and experience with the Neon Tetra to thank for the fact that we are able routinely to keep and breed so many delicate species in the aquarium nowadays. 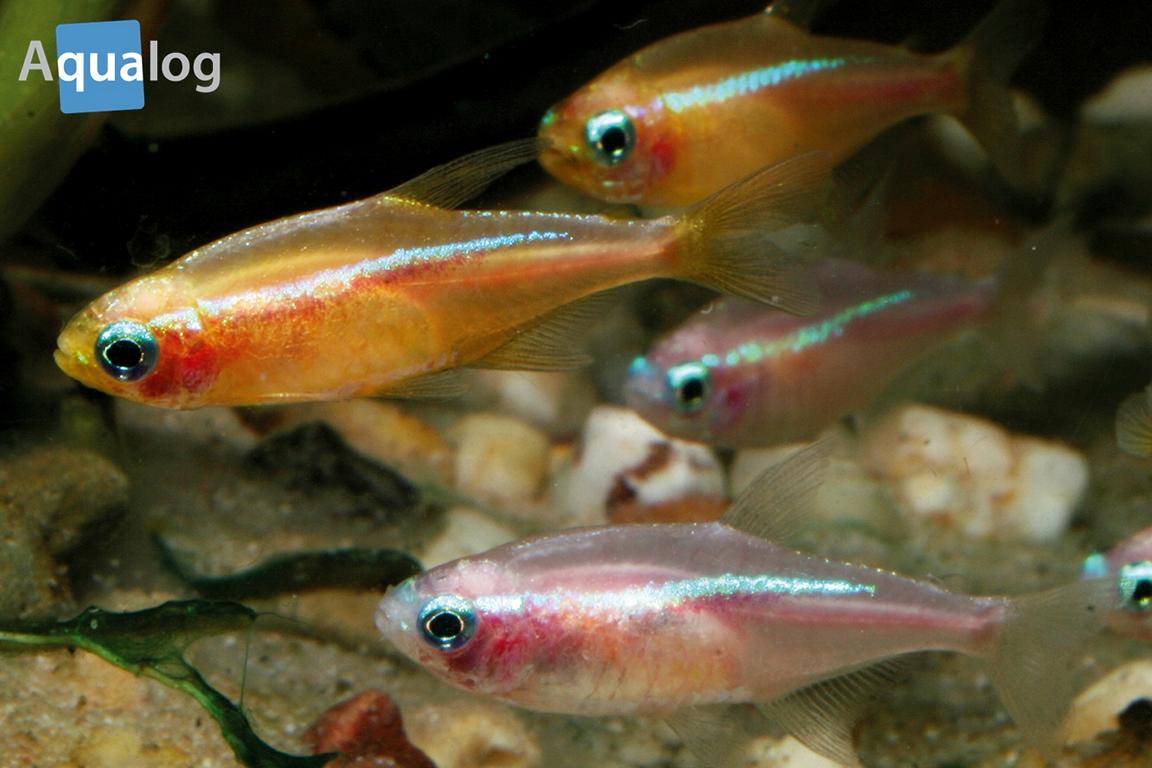 Unexplained family relationships
Nowadays wild-caught Neon Tetras are hardly ever seen on the market and 99.9% of the fishes traded are captive-bred. Meanwhile new localities for these dainty little fishes have been discovered. Apart from the traditional locations on the Ucayali, there are also collecting sites known on the Rio Purus and the Rio Putumayo. To date there has been no research into whether these widely-separated populations (up to 1500 km apart) differ genetically, but it seems likely, as recent years have seen the appearance of a whole series of striking cultivated forms of the Neon Tetra, for example the “Diamondhead”, which exhibits a brilliant head and an extension of the red coloration of the belly onto the back. Or the gold-transparent lutinos that have an almost ghostly appearance. These cultivated forms have already been bred into the long-finned forms that probably originated back in the 1980s but unfortunately (as with so many cultivated forms) without this being documented in the literature. Be that as it may, the accumulated occurrence of such unusual deviations from the norm is often an indication that different species, subspecies, or populations have been crossed. 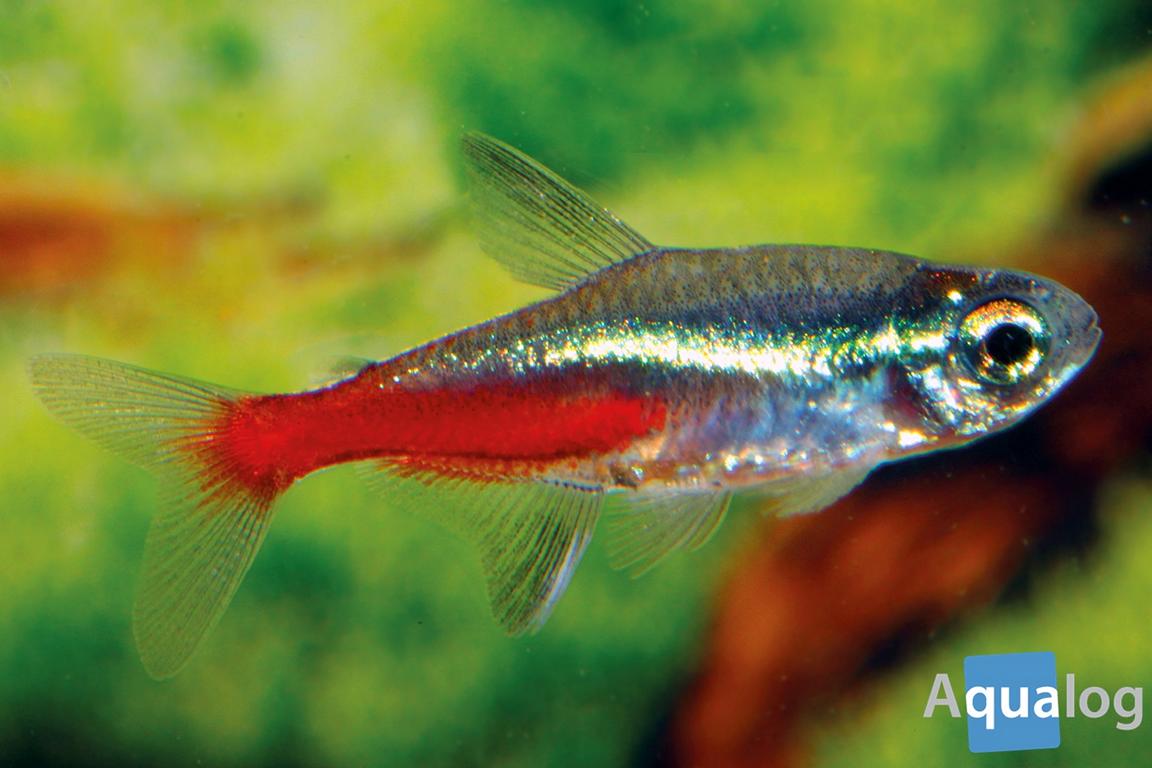 A “golden” parasite
The Golden Neon isn’t a cultivated form and is available only wild-caught. The gold-dust effect is a disease, caused by a skin reaction to infection with the larval stages of parasitic, multi-host metacercarians. Numerous characins are affected by it. The infection itself is harmless, but the gold-colored fishes are probably more susceptible to predation by piscivorous birds, the final hosts of the parasite. The offspring of Gold Neons are always normal in color, as they can’t be infected with the metacercarian. Infection requires consumption of the droppings of infected birds, which aren’t generally available to aquarists. For this reason it can always be assumed that Gold Neons are wild-caught. The golden individuals retain their color lifelong, but aren’t compromised in the slightest by the encapsulated metacercarians and can live just as long as normal-colored conspecifics. 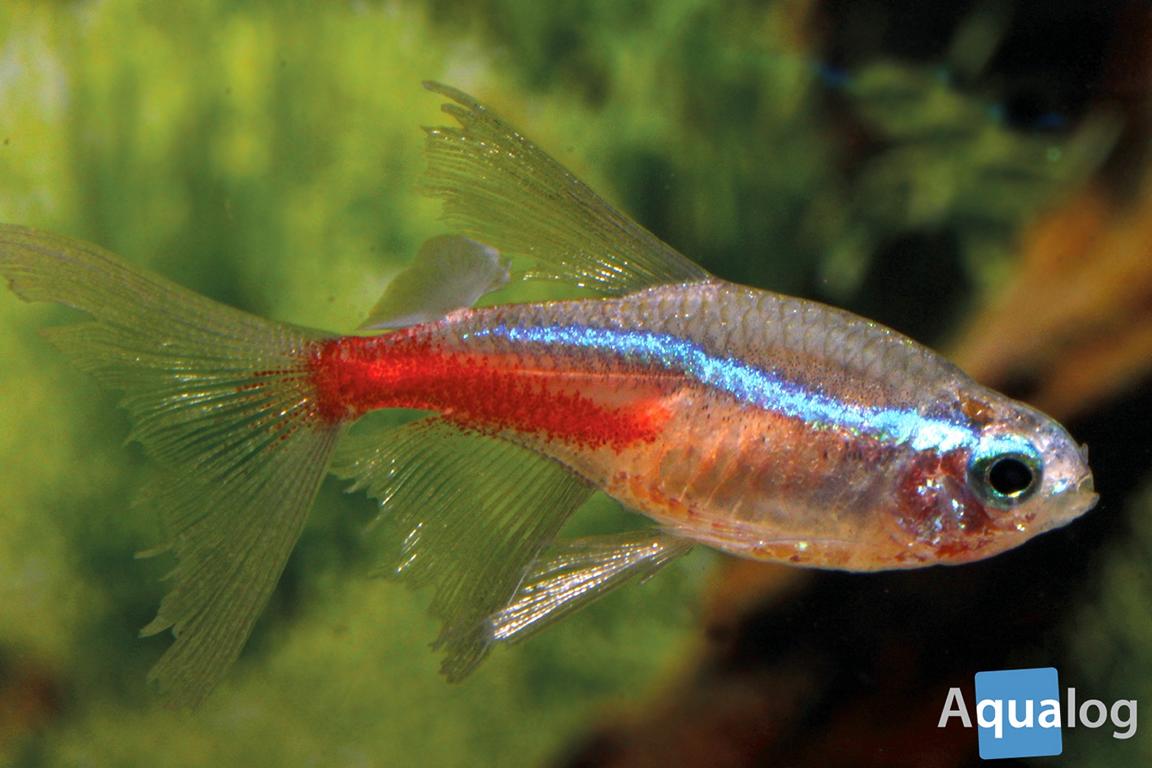 A simply bewitching fish
The world has changed since the discovery of the Neon. Iquitos now has an international airport. The Neon Tetra has been transferred to another genus and is now called Paracheirodon innesi. Aquarium science has now reached a level of knowledge that couldn’t even be dreamed of in the 1930s. But in the 78 years since the discovery of the Neon nothing has changed: it remains one of the loveliest fishes in the world and countless aquarists have entered the hobby through the desire to keep such jewels at home. Long may it remain thus! 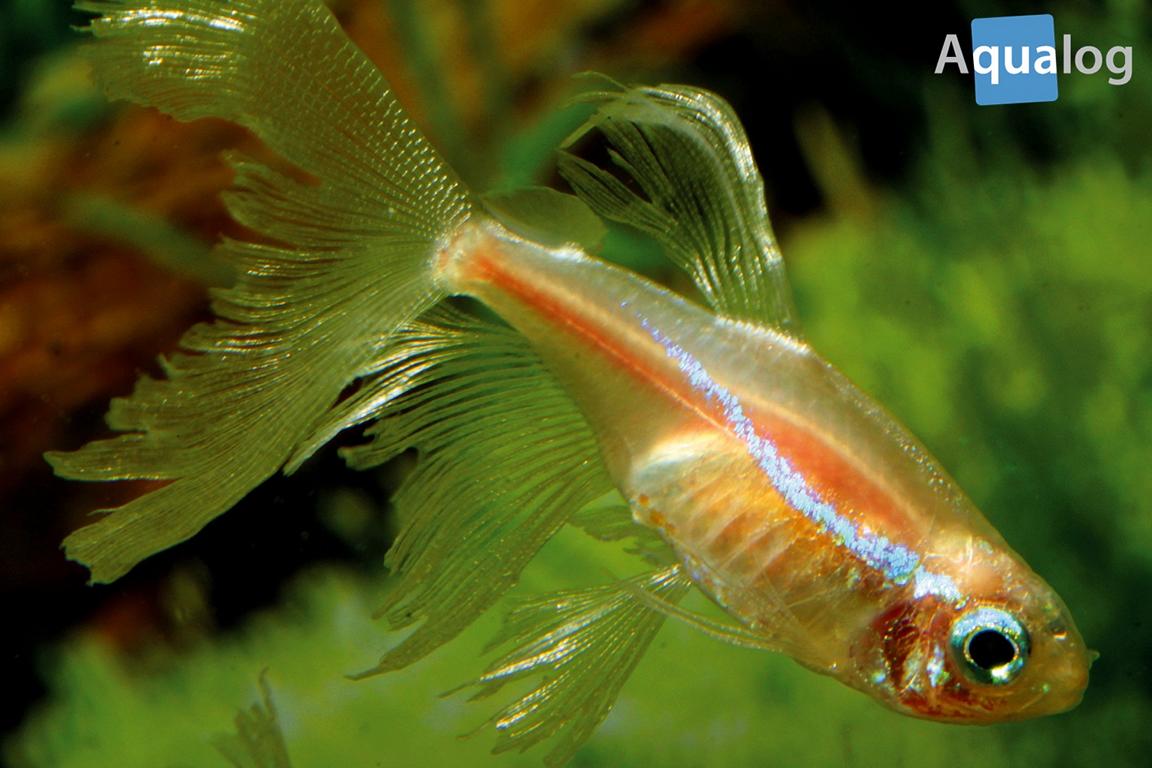 The Neon Tetra was discovered only by chance. Auguste Rabaut, an adventurer and collector of flora and fauna of all types, was actually collecting butterflies when an indian woman drew his attention to the Neon Tetra. Rabaut had instinct enough to scent a business proposition. 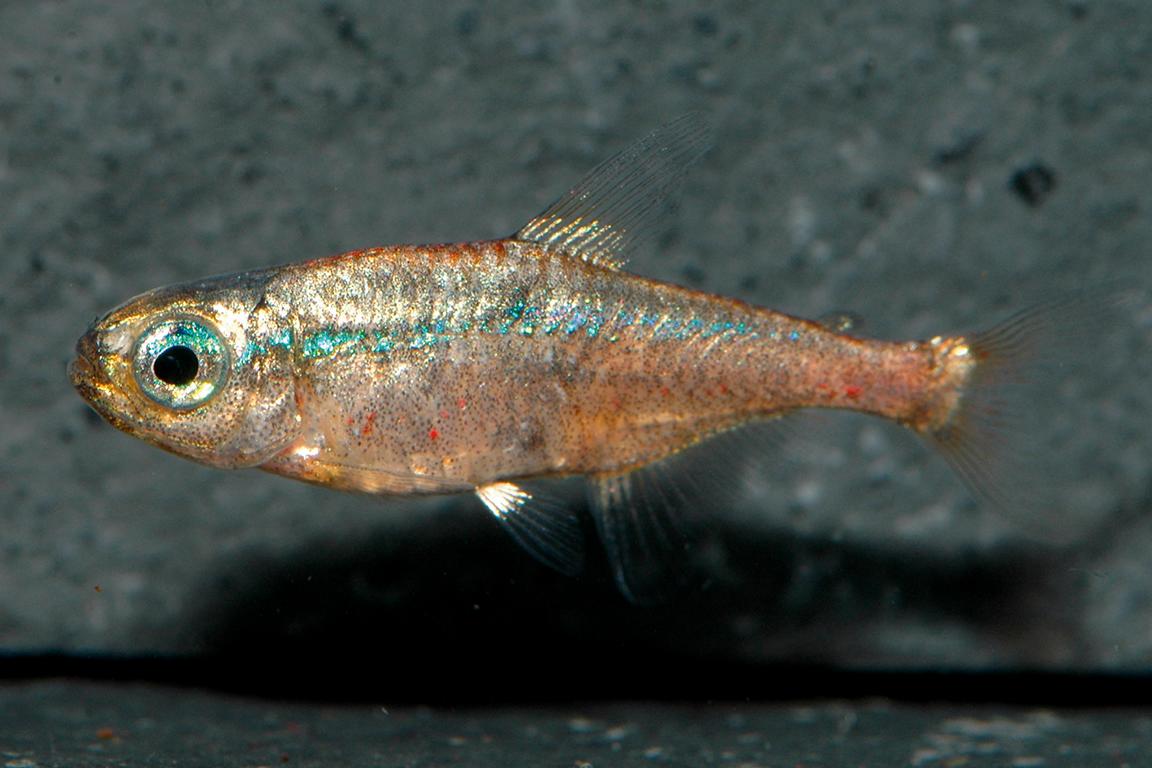