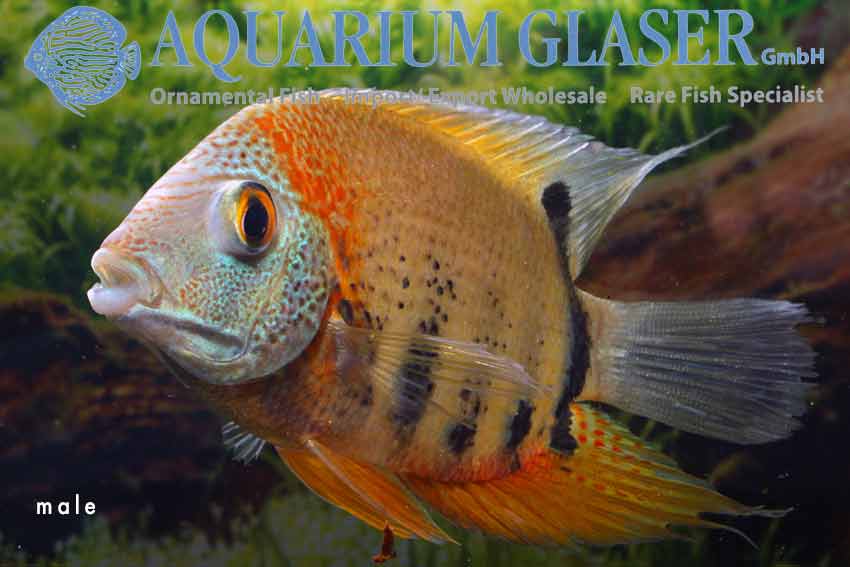 First Place Heros cf. efasciatus “Red Shoulder”
We received wonderful wild collected specimens of this extraordinary species from Peru. Currently the fish are 9-12 cm long. Experts are still debating whether these fish belong to the species Heros efasciatus or to a scientifically still undescribed species of Heros. But all agree that they represent the most attractive Heros at all. Males can be distinguished from the females by the pattern of the head, both sexes have the red shoulder. 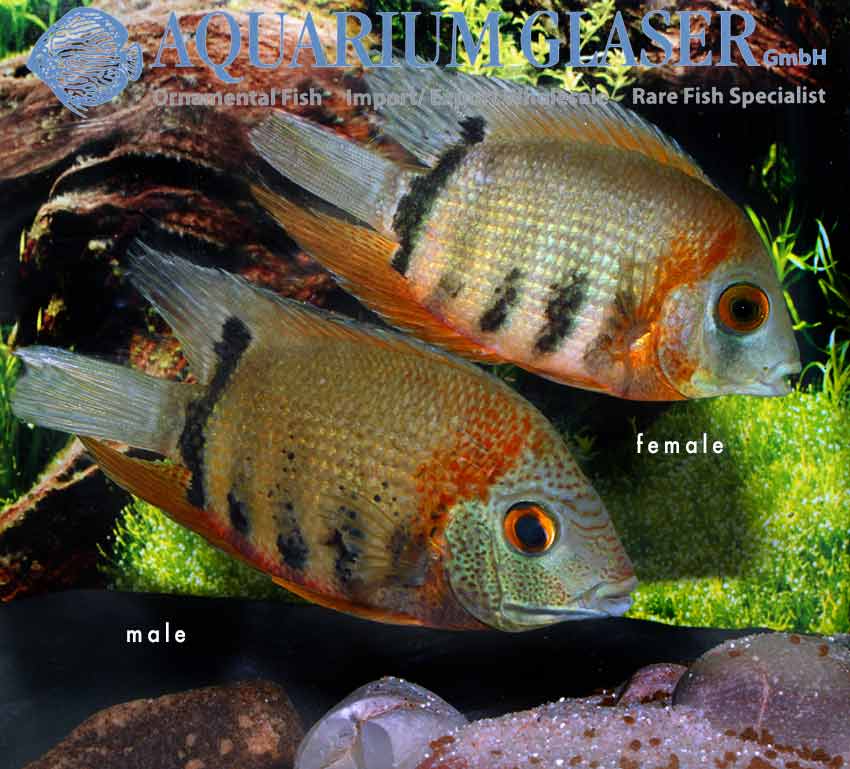 Second place New and rare Corydoras
We received recently a larger shipment of beautiful, fully grown Corydoras burgessi. The import contained some bycatches. A closer look on them showed that they represent species that have not been reported yet from the area of the upper Rio Negro (where C. burgessi is collected).

CW 83
Initially we thought that these fish would represent C 39, a heavily build fish that reminds in all other respects in C. imitator. But the black band on the back of C 39 runs exclusively above the middle of the body, while in our specimens this band runs through the middle of the body to the lower border of the tail as it is well known from C. melini. This feature fits to CW 89 that is, however, reported so far only from Colombia (Rio Vaupes). 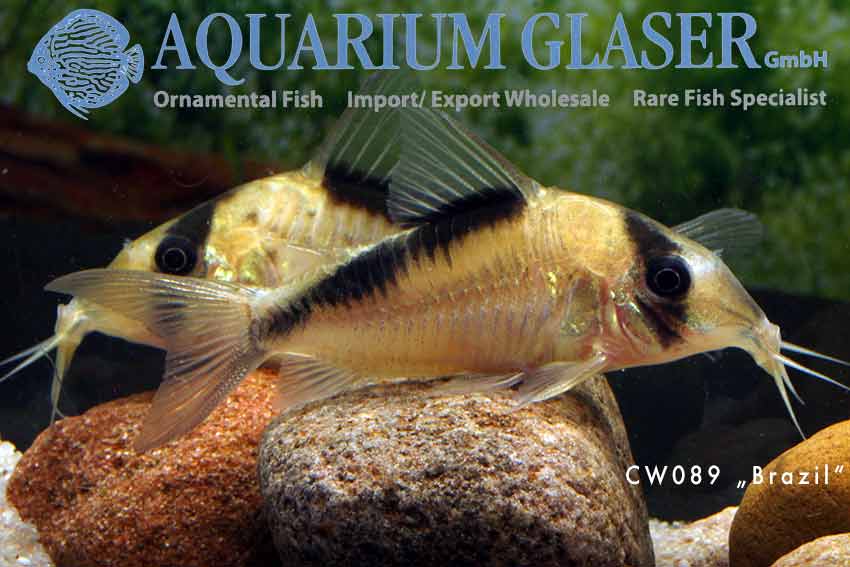 C84
What has been found in CW 89 is also true for C 84. Our shipment contained only four specimens of this charming, rund-nosed species. C 84 is reported until now also only from the Brazilian/Colombian border (Rio Tiquié). The coloration of our fish differs hardly. Obviously CW 89 and C 84 represent a species pair of a longsnouted and a roundsnouted species of Corydoras. 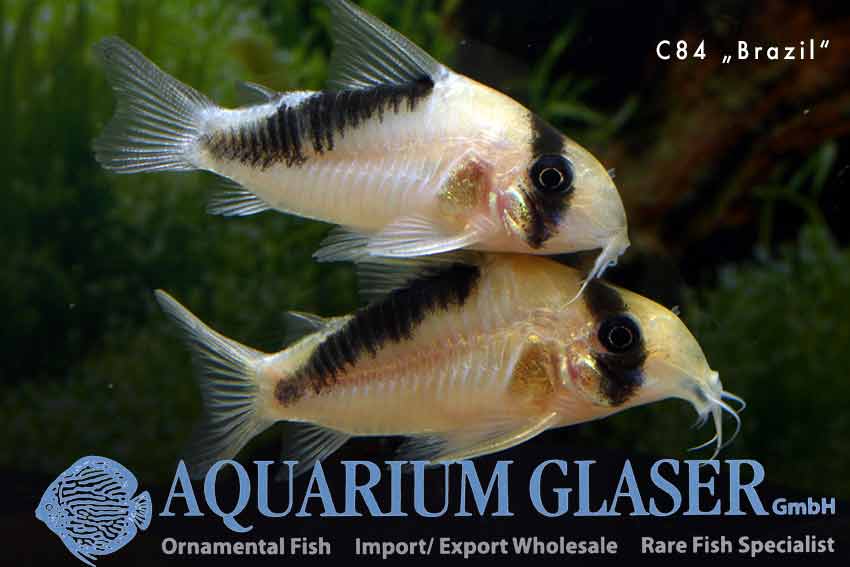 C140?
We are not really sure about the identity of this beautiful “longnose-burgessi” that is represented by three specimens only so far. The body shape and pattern fit very well to C 140, but our fish have a bright shining orange spot (as in C. burgessi). This is not observable in the photos of C 140 published so far. The “longnose-burgessi” is a very striking species. Possibly we will be able to import a larger number of them in the near future. We are sure that this beautiful fish is an enrichment for the aquarium hobby. 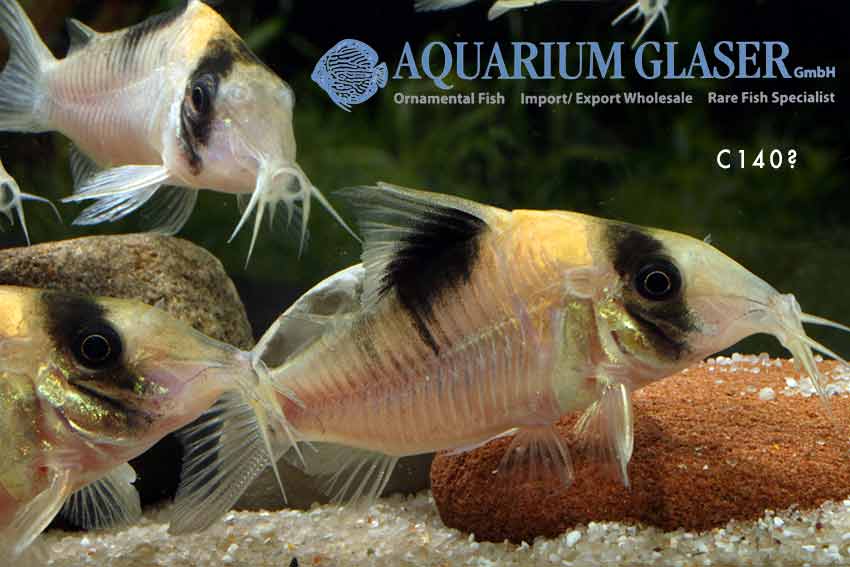 These dwarf sucker cats reaches us from Brazil. They belong to the smallest species of sucker cat at all. Even fully grown they hardly extent 2.5 cm in length. The determination on species level is not absolutely confirmed, for obviously a complex of very similar species exists. However, in any case the fish are tiny jewels for experienced keepers.

This goby from the lower reaches of the river Ganges belongs clearly to the category “faces that can be loved only by a mother”. Despite the look the fish that can reach up to 25 cm in length are very interesting. One should be careful with possible tankmates. Any fish that fits the mouth will be swallowed. The victim can be almost half as long as the predator. And no fish will ever escape when it is once grappled by these fangs… However, fish that are too large to be eaten are completely ignored by Odontamblyopus rubicundus.

We received this sport of the goldfish from China. The animals are suited not only for the garden pond (they are completely winterhardy), but look also very nice in lateral view.