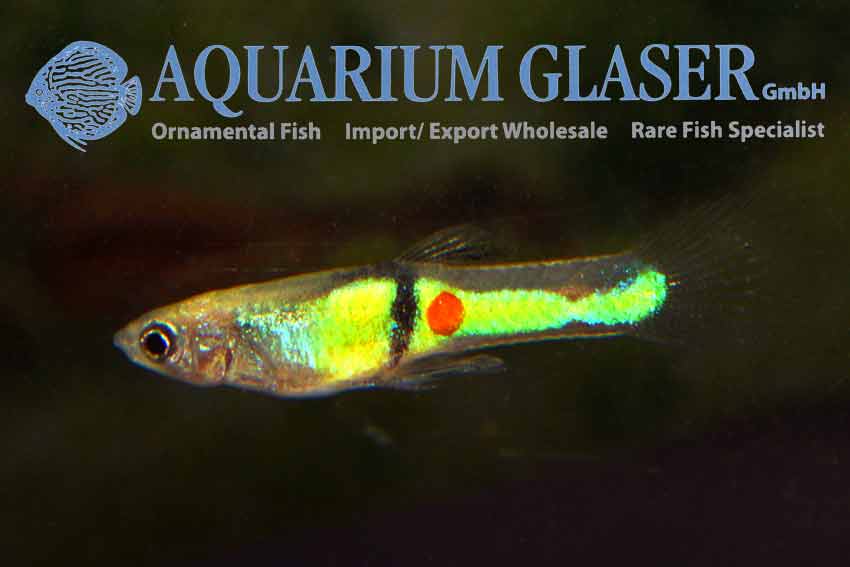 One of our breeders in Thailand loves wild forms of small livebearers. He now was able to send us for the first time ever the “El Tigre” variety of Endler´s Guppy (Poecilia wingei). The fish represent a pure strain of a population that was initially collected in El Tigre, Venezuela. Of course the fish are variable regarding the coloration, but they have all the features that make Endler´s Guppys favorite aquarium fish: the small size, the lively behaviour and the ability even to step up the colours during display – and the colours are brilliant anyway! 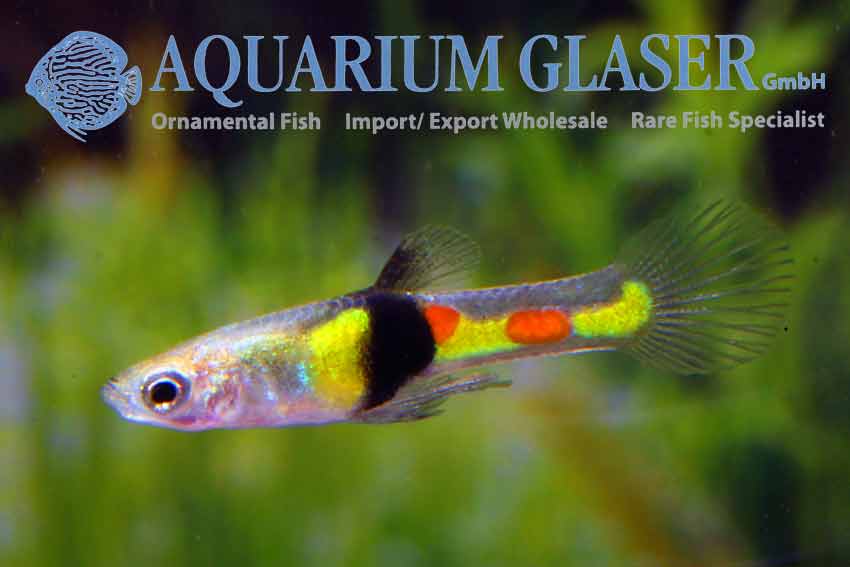 The Congo Puffer is one of the most remarkable species of freshwater pufferfish at all. The strictly solitary living species is a predator. It prefers to spend the day completely burrowed in sand. Only the mouth and the eyes peep out of the lair. If a potential prey comes along the puffer shoots out of the sand and bites the poor victim‘s belly off. Later the complete fish becomes eaten. The ability to change the coloration is also remarkable. They can be brick red (as on the photos), but they can also be black, grey with black dots or marbled olive green. The puffer use this ability in case no sandy bottom is available. In this case the fish simply mimics a stone. The maximum length of Tetraodon miurus is about 15 cm. It is necessary to keep this species in a single-species tank as a single individual. This tank, however, can be comparatively small, for the puffer does not swim a lot. 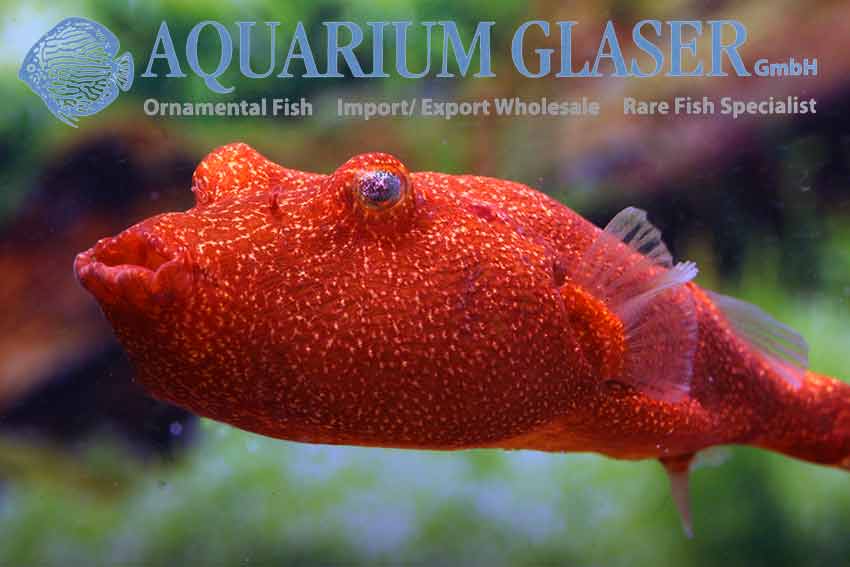 The Asian featherbacks, which have a well developed dorsal fin, have been placed in the genus Notopterus for a long time. Nowadays the genus Notopterus is seen monotypic (it contains only the single species N. notopterus) and the high-backed forms have been placed in another genus, namely Chitala. Currently we have the very attractive species Chitala blanci in stock. This featherback, which can attain a maximum length of about 120 cm, originates from the basin of the Mekong river in Thailand, Laos, and Cambodia. The fish are gorgeous inhabitants for large aquaria. Chitala blanci prefers waters with a strong current and avoids quiet water or swamps. All species of Chitala are predatory fish that have to be fed with beefy (frozen) food. Of course small fish are also eaten. The sexes cannot be distinguished externally. Against conspecifics and other tankmates that cannot be eaten, featherbacks are very peaceful. During breeding season the fish form pairs and spawn on rocks, wood etc. The spawn is guarded by the parents. Chitala species are able to breath atmospheric air when necessary. So they can survive even in oxygen-poor water for quite a long time. This makes the much sought for market fish in the countries where they occurs. However, the flesh is full of small bones, so the meat is usually chopped, pressed through a sieve and used for meatballs. 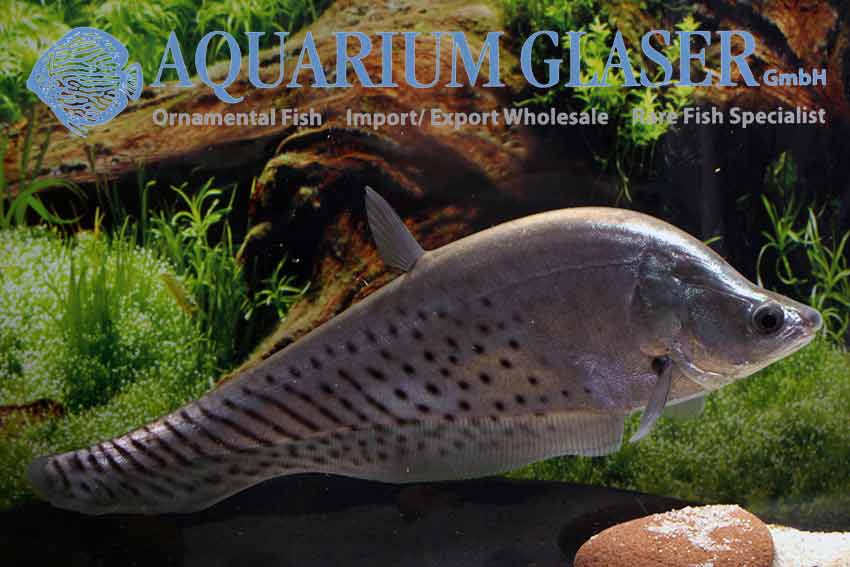 Only very rarely marbled swamp eels from South America are available. After a quite long time we now have a number of juveniles from Peru in stock. The species attains a maximum length of about 1.5 m. These very large individuals are always males, because swamp eels change their sex. Most of them are born as females and become males at an age of about 4 years. This type of sex change, which is quite common in marine fish, but very unusual for freshwater fish, is called protogynous hermaphroditism. All species of swamp eel can breath atmospheric air and so survive in very oxygen-poor water. 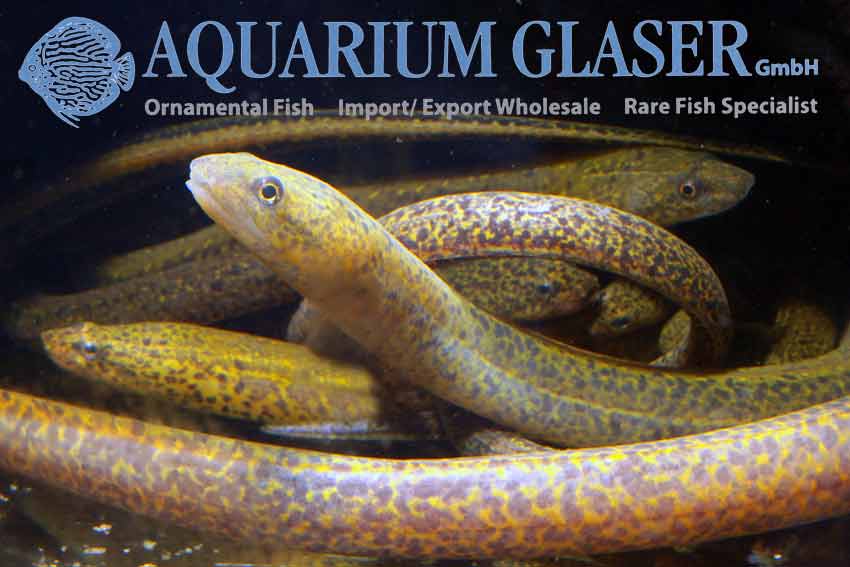 The Tiger Dwarf Shrimp belongs to the species that is known already for quite a long time in the hobby. However, there is still a Babylonian mess regarding the correct scientific name of the animals. But most authors currently think that the species Caridina cantonensis is at least the closest described relative of the Tiger Dwarf Shrimp. So it is best to name them Caridina cf. cantonensis. This is exactly the same scientific name applied on the Crystal Red and the Bee Dwarf Shrimp. And in fact all these dwarf shrimps can be crossed and the offspring is fertile over generations. This is important to know for all who are interested in breeding shrimps. One must keep the different varieties separately, otherwise a mix will appear. The Red Tiger Dwarf Shrimp is a very pretty sport of the common Tiger Dwarf Shrimp. It differs from its well-known ancestors in no other respect than the coloration. 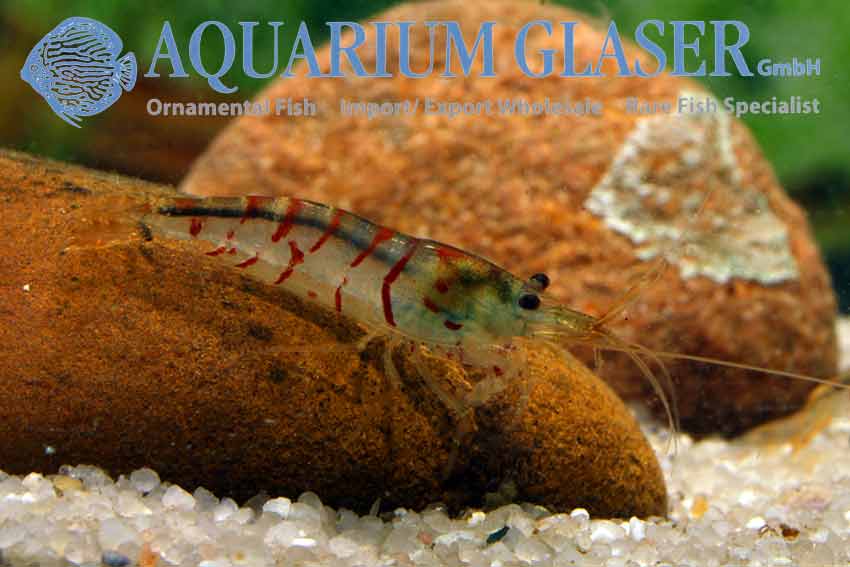