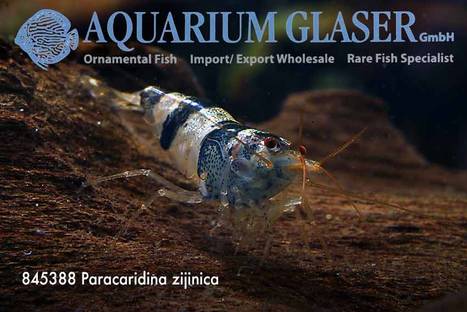 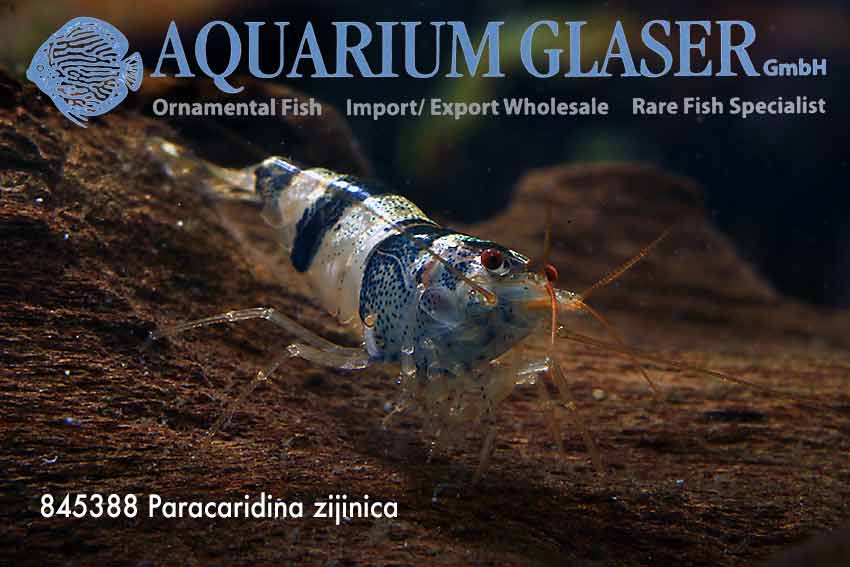 For the first time we can offer the very pretty, black-and-white “Mustang Shrimp”. The dwarf shrimps belong – according to the “godfather of dwarf shrimps”, Werner Klotz – to the species Paracaridina zijinica. Regarding keeping and breeding they do not differ from the well known dwarf shrimp “Crystal Red”.

By the way: this species of dwarf shrimp, the Crystal Red, which is the first dwarf shrimp that appeared in the market at all, finally has been described scientifically under the name of Caridina logemanni Klotz & van Rintelen, 2014, named in honor for the brothers Logemann, well known dwarf shrimp breeders.

And in the very same work, the also very well known Tiger Shrimp has been named as Caridina mariae Klotz & van Rintelen, 2014, dedicated to the wife of Werner Klotz, Maria. 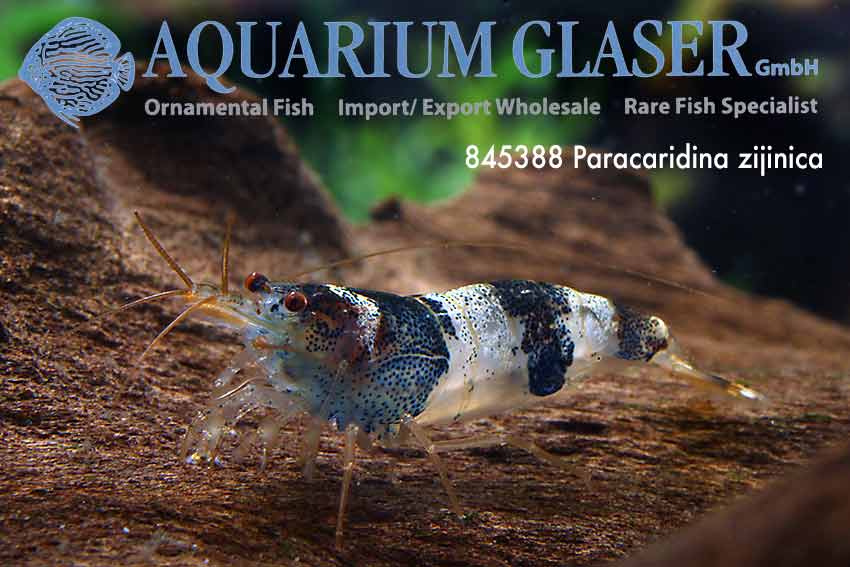 Finally Dicrossus foirni is available again!
This extremely rarely imported dwarf cichlid was formerly known in the hobby under the name of Dicrossus sp. “Rio Negro”. These fish are a real eyecatcher when fully grown. Keeping this jewel is not complicated at all, but for breeding extreme water conditions are necessary (pH below 5, hardness practically zero), for otherwise the spawn will not develop.
A little movie about that species can be found on our facbook-site:https://www.facebook.com/video.php?v=1430331670514501&set=vb.119893808211837&type=3&theater 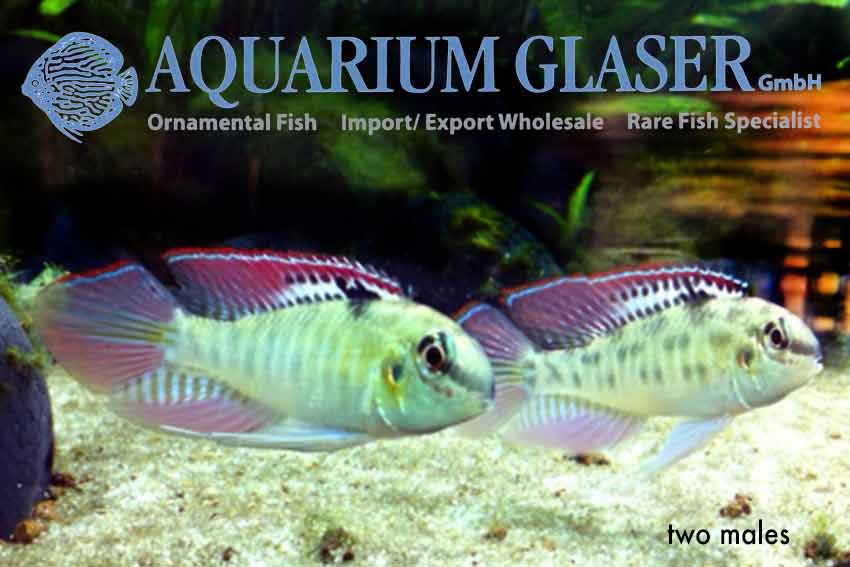 The Siamese Dwarf Rasbora (Trigonostigma somphongsi, formerly Rasbora somphongsi) has been described scientifically in 1958 on the basis of specimens that were imported by the ornamental fish trade by the end of 1957 from Thailand. So the exact type locality was unknown from the beginning. In the original description nothing but “Thailand” was mentioned, later, in the more exact scientific description, Meinken wrote that they originate from “southern Menam (Thailand)”.
In the past 20 years the species was thought to be extinct in the wild. In the entrance in the international Red List the author (C. Vidthayanon, 2013) names as area of distribution the basin of the Mae Khlong near Ratchaburi in central Thailand. The species could not be found there anymore due to habitat destruction. The only reason, why the species was considered as “critically endangered” and not as “extinct in the wild” was the fact that every now and then single specimens were spotted among mixed catches of other ornamental fish species. However, it was not known where these animals had been collected. It was clear: the species still exists! But nobody knew where…
Now it was finally possible to rediscover the habitat of the fish in the wild again! And we were able now to import successfully a limited number! Of course collecting small fish in the wild has no influence on natural populations at all. In contrast: it was only due to the interest of enthusiastic hobbyists that the species could be re-discovered again. So conservation acts become possible only now. One can only hope that the authorities do not regulate the trade with live animals (which is completely senseless, as everybody nows, for the trade with live specimens is not a serious threat for wild populations of small fish at all), but hopefully protected areas will be build up. Here the fish should be allowed to be collected, but the nature in its whole would be protected.
Keeping the charming animals in the aquarium is completely undemanding. The fish become only 2-2.5 cm long. Like all the close relatives of the fish (eg the harlequin barbs Trigonostigma heteromorpha, T. espei, and T. hengeli) they spawn on the underside of broad plant leaves. T. somphongsi prefers to live in schools, but for spawning the pairs most often separate themselves from the conspecifics. The males even defend a small spawning territory for a short time. So-called V-tanks are ideally suited for the extensive breeding of this species. Here young fish can be usually separated on a regular basis.
The list of species of ornamental fish that have been discovered by hobbyists and the ornamental fish trade is much enriched by this charming fish. Hopefully it can be also placed on list of species finally safed from extinction, too. We hope that many hobbyists show interest in that fish and ask for it in the pet shops. This would maybe even make a commercial breeding possible, another important step for protection of the species. 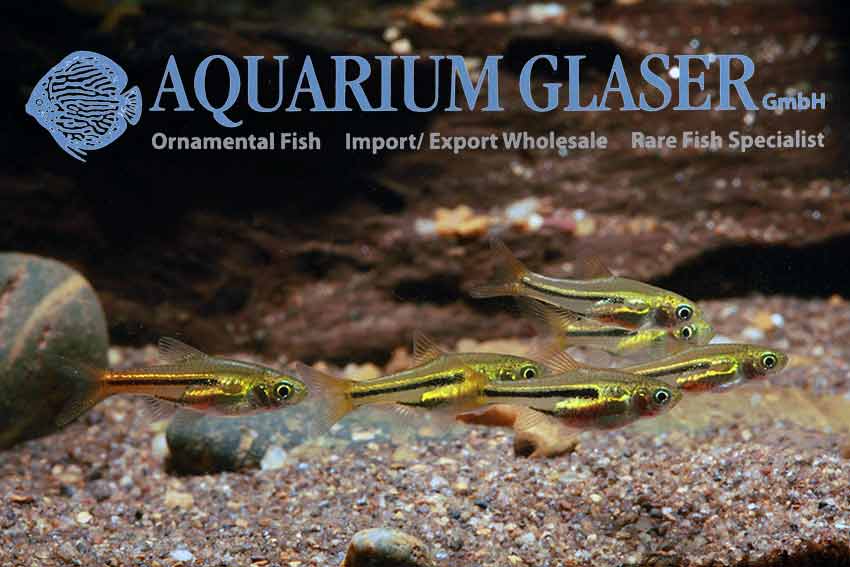 We were able to import one of the most curious species of freshwater pufferfish: Pao baileyi. This species occurs in the rapids of the river Mekong in Thailand, Laos, and Cambodia and has been discovered only in 1985. The species attains a maximum length of about 12-15 cm. The strange beard that is developed in some specimens is most probably only sometimes a feature that can be used to sex the fish. There do exist beardless animals that seem to be males (according to the overall proportions) and there are sometimes animals with a small beard that seem to be females. It is only rarely as easy to sex the fishes as it seems from some of our pictures. Anyway, the species is highly variable in respect of coloration, too, not only in respect of the beard. 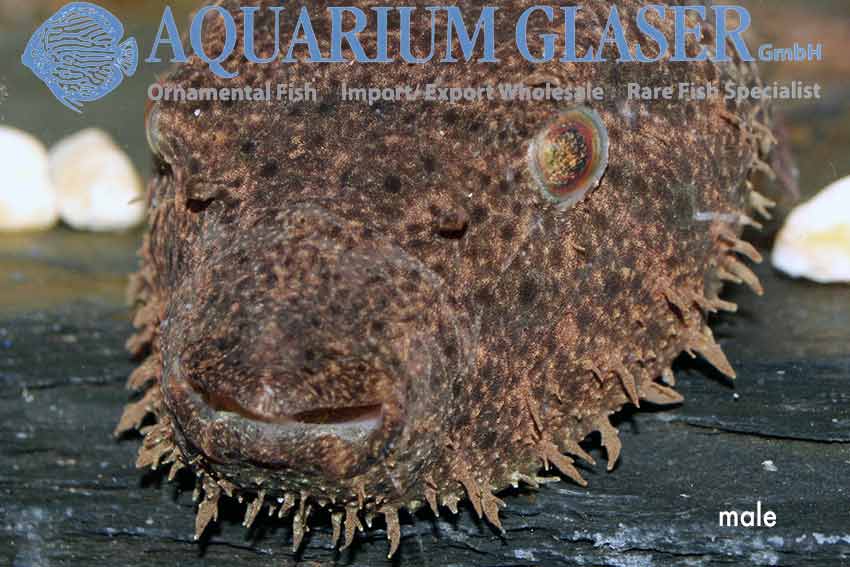 This variability is connected with the unique lifestyle of the fish. They imitate stones! The puffer sucks with its belly to the ground. Now the function of the beard becomes obvious: this beard imitates algae growing on a stone! If a fish or a shrimp comes along and tries to feed Aufwuchs or algae from the surface of that “stone”, it becomes prey of the pufferfish. So a comparably bad swimmer like a pufferfish can survive in the strong current of rapids with a minimum of energy.
Pao baileyi is very aggressive against conspecifics. So one should keep these puffers solitary and put pairs together only for breeding purposes. The hardness and pH of the water is of no meaning, but this puffer needs clean, oxygen-rich water. 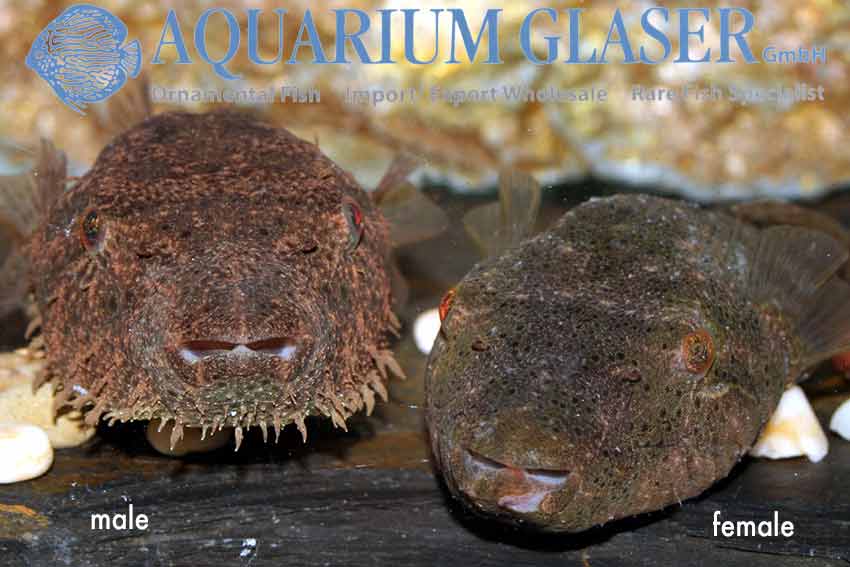 If Acestrorhynchus pantaneiro and A. altus should proof to belong to the same species, the elder name, A. altus, would be valid. But we still suppose that both species are valid, although looking like twins. It seems that the snout in A. altus is shorter than in A. pantaneiro. Please click here for a picture of A. pantaneiro:http://www.aquariumglaser.de/en/archiv.php?news_id=1191 Acestrorhynchus altus becomes about 25 cm long. One should keep this splendid predator best in a group, for against conspecifics the fish are very peaceful. 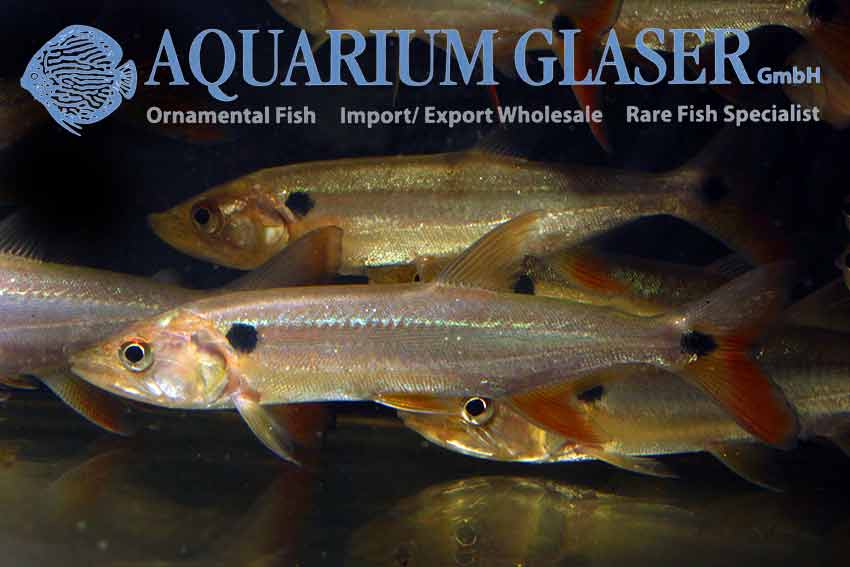