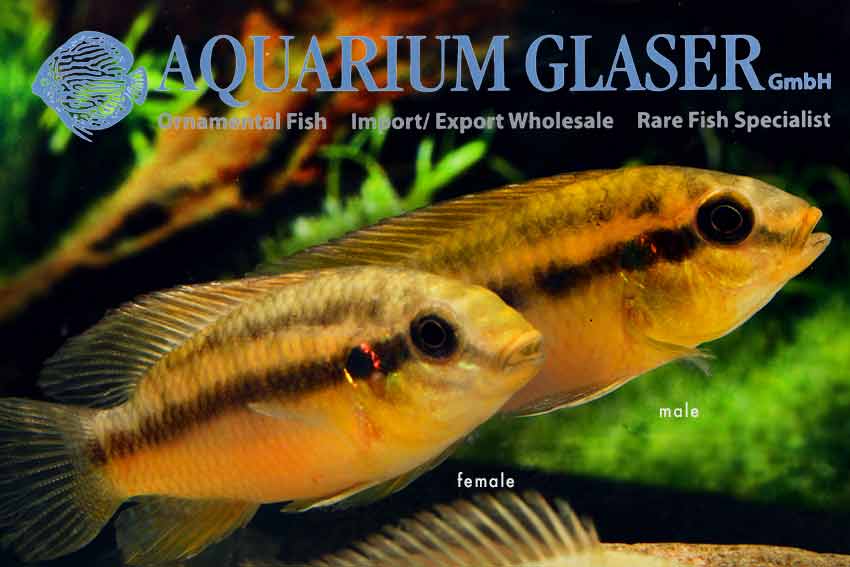 First Place
Finally we were able once more to import this pretty dwarf cichlid (males become 7-8 cm long, females stay 15-25% smaller) from Nigeria. Before its official description under the name of P. silviae the species has been known by hobbyists for about 40 years as Pelvicachromis sp. aff. subocellatus. 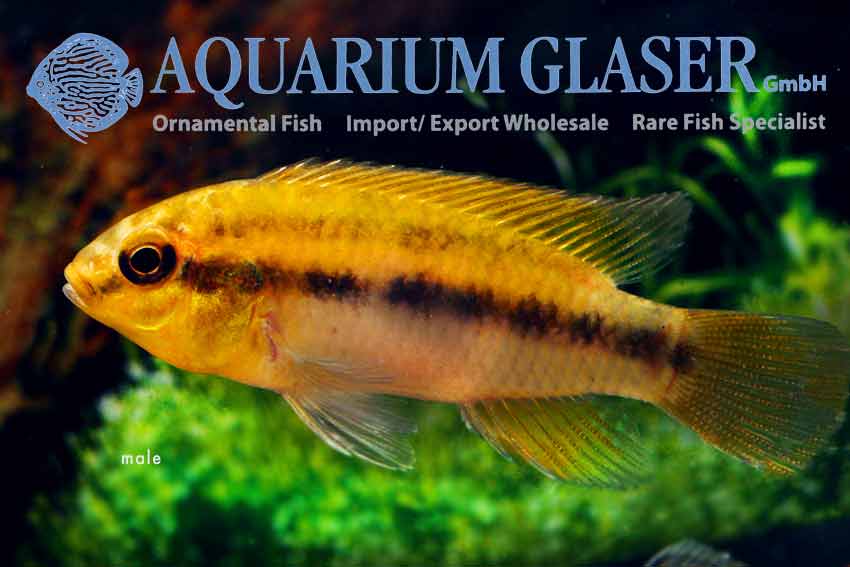 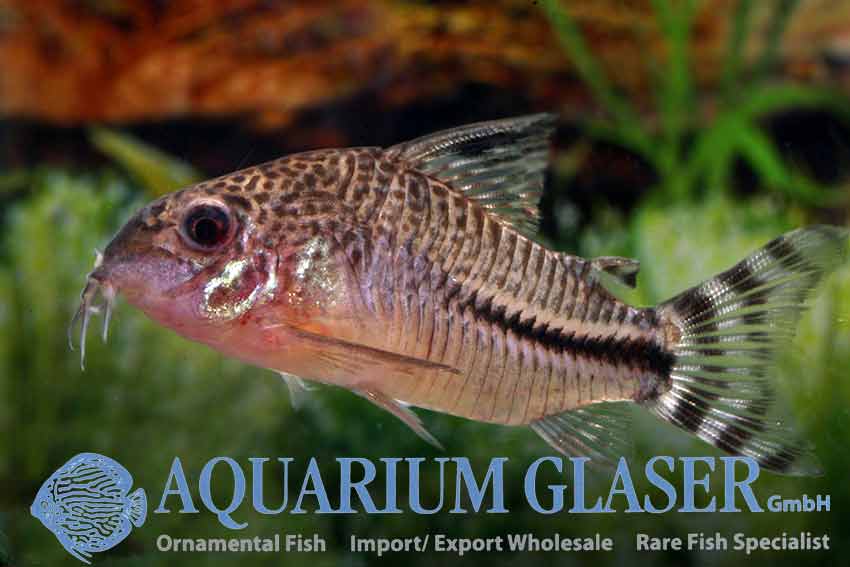 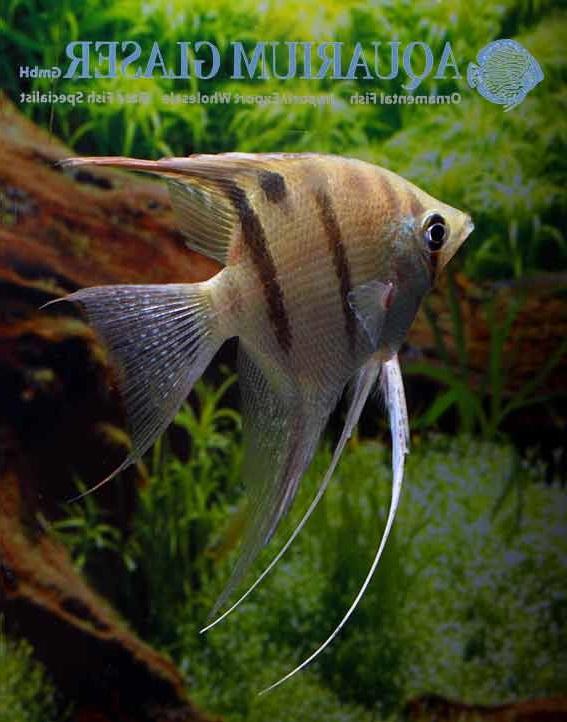 This is the third commonly accepted species of angelfish. The two other species are Pterophyllum altum and P. scalare. However, traditionally P. leopoldi is named “Dumerili” in hobby and trade, but P. dumerili is a synonym of P. scalare.

P. leopoldi originates from Brazil. Here it lives syntopically with P. scalare. P. leopoldi always swims with a characteristic “head-up” position, which reminds one very much of the flag cichlids of the genus Mesonauta. In fact, the genera Mesonauta and Pterophyllum are close realtives to each other. This typical swimming position even led to an anatomical detail: the lower filament of the caudal fin is always longer than the upper filament in P. leopoldi. This feature can be even used for determination! 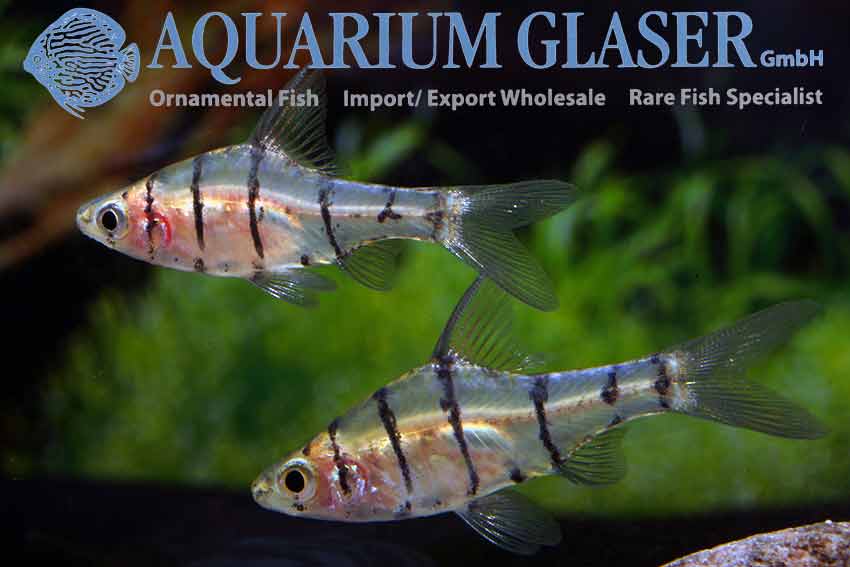 This tiny barb is very enigmatic. It has been described in 1959 on the basis of specimens from the aquarium fish trade which were said to originate from Thailand (Bung Borapet). However, there have been no reports since then about any occurence of Eirmotus in Thailand. Oramental fish collectors formerly collected this species in the peat swamp forest of Ayer Hitam in Johor, Malaysia. This forest has been almost destroyed for oil palm plantations and all fish that lived there seem to be extinct now. In 2008 three very similiar, new species of Eirmotus have been described from Sumatra and Borneo. Our fish seem to belong to the “real” E. octozona.
Eiromotus are very delicate barbs, which become only 3-4 cm long and are perfect tankmates for small blackwater tanks. Females seem to stay smaller and have a whitish basic coloration, the larger males have a very attractive orange colour. Nothing has been reported so far about the breeding biology of this unusual, very peaceful barb.

All species of Geophagus are gorgeous fish, but G. altifrons – the species can be recognized by the shape of the lateral spot, which is always smaller than the diameter of the eye – is one of the most beautiful of all. We currently can offer German bred specimens which belong to the population of Curua Una.