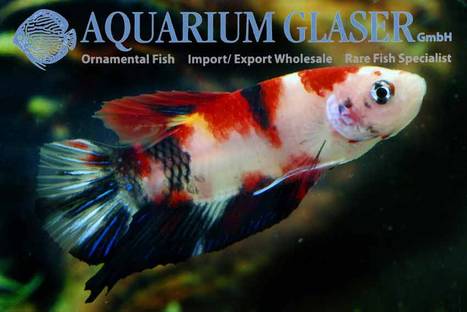 Again we could import a few specimens of this spectacular new sport. We received short finned ones (“Half Moon Pla Kat”) and veiltails (“Super Delta”). This is the first sport of Betta splendens that has been selected especially for the look from the top. Alike in Koi only very few specimens among thousands of offspring have a coloration that make a common Betta splendens an extraordinary Betta splendens Koi. This is the reason why the price of the fish is very high.
However: we find the fish in lateral view also very attractive – aren´t they? 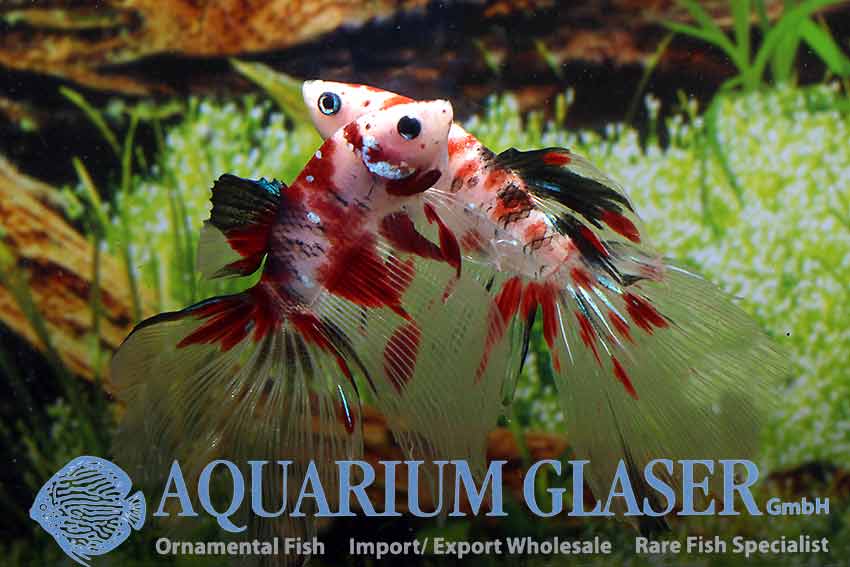 We received extremely beautiful wild collect specimens of this most desirable variety of Apistogramma agassizii. The fish show the stripes on the belly, which are so characteristic for the Tefé-variety and additionally they have the yellowish-reddish back of the Santarém-variety. Gorgeous! 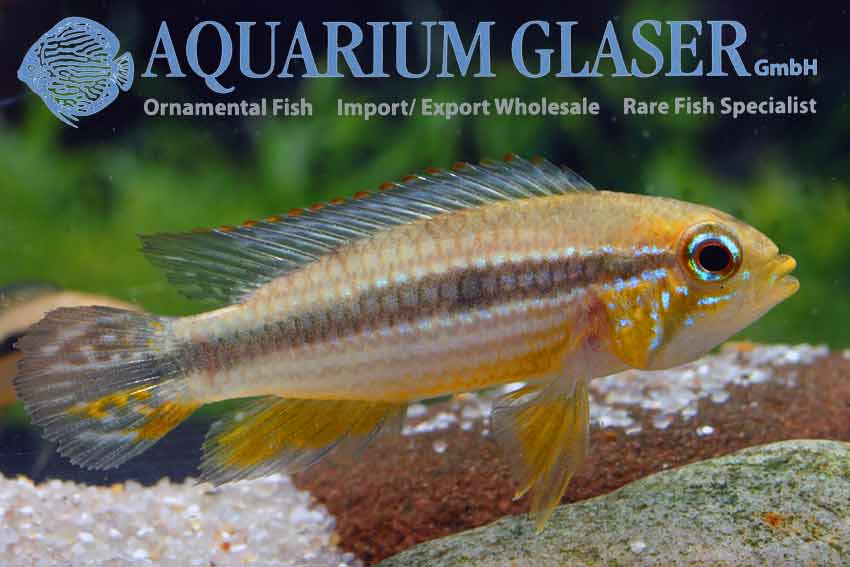 Sometimes it is almost impossible to distinguish between a food fish and an ornamental fish. The marbled Clarias is, however, bred in Southeast Asia as a food fish for human consumption. It grows extremely fast, is very hardy and can survive on the market without water for many hours, because it has an accessory breathing organ.
But now and then these fish are also offered by the breeders to the ornamental fish trade. One must clearly say that these catfish grow up to 50 cm in length and eat any tankmate that fits the large mouth. Nevertheless Clarias can become nice pets and real members of the household. They become tame and show some personality. And then a food fish has become finally an ornamental fish! 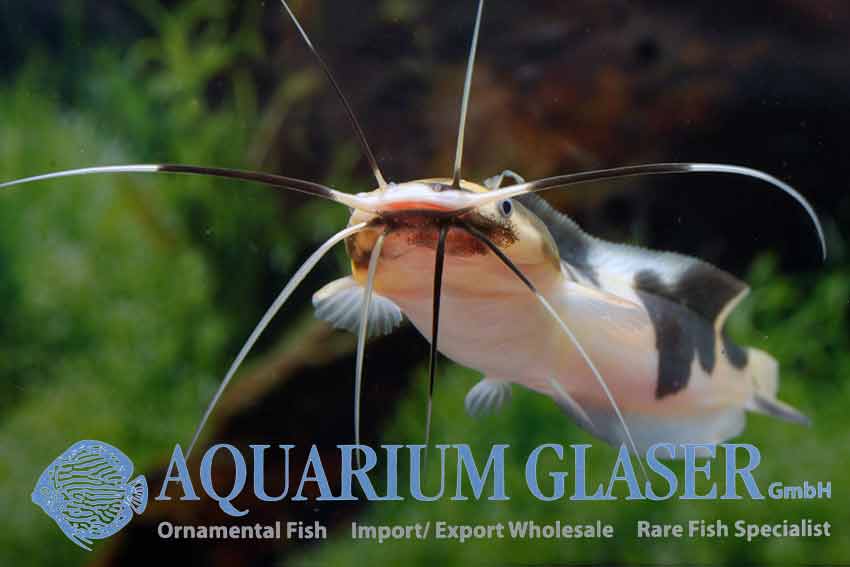 The Golden barb is an artificial sport that is said to have derived from the half-banded barb (Barbus semifasciolatus). However, nobody can say this for sure. The fish appeared in the 1960ies in the aquarium trade and is said to have been bred by an aquarist named Thomas Schubert of Camden, New Jersey, US. That is the reason why the fish is often referred to as “Barbus (or Puntius, both is wrong) schuberti”.
The Golden barb is an absolutely peaceful fish that never disappeared again and is always available in pet shops all over the world. In more recent times other sports have been developed, among them animals that have two or three colours on the body. These fish are called “Koi Golden barb” in the trade. We currently have very nice specimens of that sport in stock which we received from a breeder.
Regarding keeping this fish it is not necessary to make many words: it thrives very well both at room temperature and at 28°C and hardness and pH are of no meaning for the fish. As long as the water is drinkable for humans, the Golden barb will like it. And the species feeds virtually on any type of food that is produced for ornamental fish. 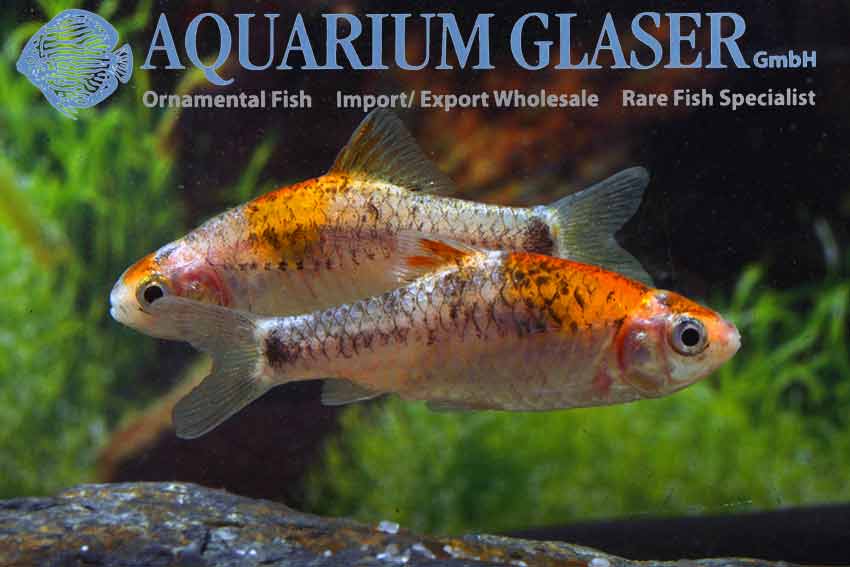 We received wonderful specimens of this most attractive barracuda characin of all from Paraguay. Currently the fish have a size of 11-15 cm and already have very nice colours. A. pantaneiro has been named A. altus in the elder aquarium literature. The latter is a close relative, but a different species. A. pantaneiro becomes 30-40 cm long. 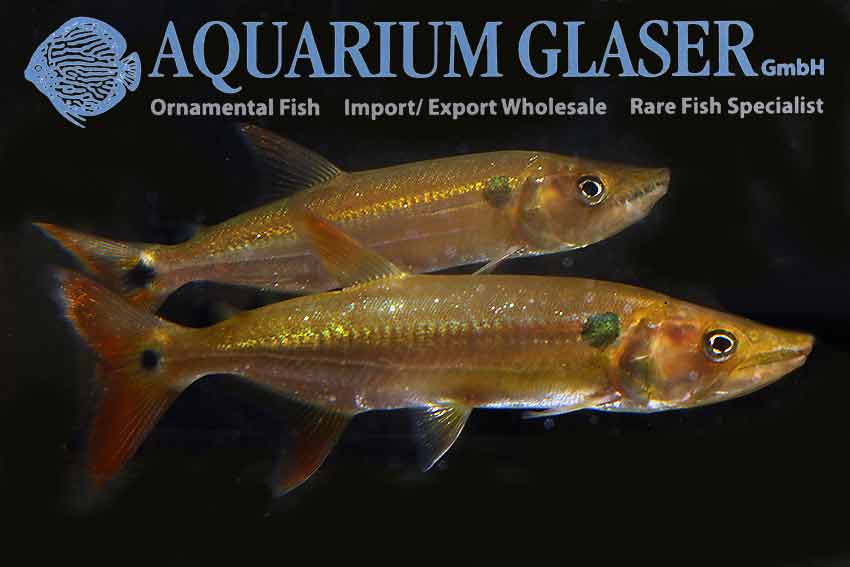